SPIEGEL: Anyone reading the latest International Atomic Energy Agency (IAEA) report can't help but wonder how long it will be until Iran completes its first nuclear bomb.

Salehi: Our revolutionary leader Ayatollah Ali Khamenei issued a fatwa, a ruling according to religious law, describing nuclear weapons as un-Islamic. They are "haram," forbidden, which means these weapons of mass destruction play no role in our defense strategy. That's the truth, and anything else is propaganda.

SPIEGEL: Evidence indicating a secret nuclear program is overwhelming. The IAEA report includes a 12-page appendix laying out substantial evidence that makes it impossible to draw any other conclusion: Iran wants the bomb.

Salehi: That allegation is unfair and unjustified. The report seems to be interpreting many things, which is dangerous. The IAEA risks its credibility by making such interpretations.

Salehi: The IAEA is acting under pressure from certain countries ...

SPIEGEL: ... You mean Israel and its ally, the United States ...

Salehi: ... so we are prepared for everything. But we have no fear of the discussion at the IAEA concerning this document. Mr. Amano is facing difficult times. We will hold him and the IAEA accountable for their conclusions.

SPIEGEL: The report says its information is drawn from multiple, independent sources, including evidence provided by more than 10 member states, as well as the IAEA's own information.

Salehi: These so-called facts are nothing new. Amano's predecessor, Mohamed ElBaradei, knew the basic facts as well. We previously responded in a 117-page statement, but ElBaradei didn't draw the same conclusions as Amano now. The IAEA has let go of its former objectivity.

SPIEGEL: The international community has good reason to mistrust Iran, considering how often your government has provided false information concerning its nuclear program.

Salehi: We have never provided false information. We have always cooperated with the terms of the Nuclear Nonproliferation Treaty and the IAEA treaty. But if more is demanded of us than the international treaties stipulate, then we refuse.

SPIEGEL: Your criticism notwithstanding, this report threatens to bring about another round of sanctions. Do you really expect the people of your country to put up with an intensified economic boycott?

Salehi: These are inconveniences we're willing to accept. With 3,000 years of history behind us, 30 or even 50 years spent under an embargo are a mere footnote. We won't give up our independence and we will continue our civilian nuclear program. There is great unanimity on this point both within our government and among the people.

SPIEGEL: Instead of criticizing the nuclear weapons inspectors' report, you might do better to offer your suggestions on how to solve this conflict.

Salehi: Several countries, including Iran, have proposed approaches that could have led to a satisfactory solution. There was, for example, Turkey and Brazil's initiative for the removal of enriched material, which was initially well received by US President Barack Obama, but then never came to pass. A suggestion from Russia was likewise ignored. We also discontinued uranium enrichment as a trust-building measure, but were never thanked for doing so. Do you honestly believe further suggestions will yield results? I believe there's no longer any point in making additional concessions. The nuclear question is simply a pretense for weakening us by any means possible.

SPIEGEL: And you want to use any means possible to gain time in which to continue enriching uranium, bringing yourselves a step closer to building a bomb.

Salehi: As a nuclear scientist, I can't conceive what uranium enrichment for civilian purposes is meant to have to do with building a bomb. The Nuclear Nonproliferation Treaty expressly allows us to enrich uranium. We even signed the treaty's Additional Protocol to satisfy skeptics.

SPIEGEL: You can't dispel the suspicions that you're abusing your right to enrich uranium.

Salehi: It's good we're talking about abuse. What is it that gives some nations the right to use computer viruses against us and murder our nuclear scientists, while still claiming to work for human rights?

SPIEGEL: Israel's government fears nothing more than a nuclear bomb in your government's hands, and appears to be preparing an attack on your nuclear facilities.

Salehi: We don't anticipate an attack. Israel knows how delicate the situation is. As proof that our nuclear program is peaceful in nature, we have established the conditions necessary for the required IAEA monitoring. I'd also like to point out here that no other country has worked as intensively with the IAEA in this area as the Islamic Republic of Iran.

SPIEGEL: So you claim.

Salehi: During the most recent visit from Herman Nackaerts, the IAEA's head of nuclear inspections, we cooperated with the inspectors beyond the scope of our obligations. Mr. Nackaerts and his boss, Mr. Amano, even thanked us for our cooperation.

SPIEGEL: The United States and Europe are determined to keep Iran from carrying out further uranium enrichment. You'll have to come around eventually.

Salehi: No, we won't have to, and I'd like to point you to our history as proof. From its creation to the present day, the Islamic Republic of Iran has never given in to those who wanted to force it to do something. But those who met the country with logic and fair-mindedness instead of a double standard have always been able to count on Iran's cooperation.

SPIEGEL: On the contrary, your unwillingness to cooperate suggests you're very much looking for the situation to escalate. There are certainly radical elements in Iran for whom an attack on their own country would be a convenient development.

Salehi: Those beating the drums of war are the same people who want to slow our progress. Iraq under Saddam Hussein forced us into an eight-year war. We don't want another war. Every politician in our country shares this opinion. But if we are attacked, we do know how to defend ourselves. Every attack, of any kind, will meet with retaliation. Immediately, without a second's hesitation.

SPIEGEL: You have also had to face accusations of state-sponsored terrorism. Just a few weeks ago, the US accused your Quds Force, an elite unit of Revolutionary Guards, of planning an assassination attempt on Saudi Arabia's ambassador in Washington, Adel al-Jubeir.

Salehi: Not a single document supports that claim. The entire thing was staged by Washington. It's a farce with an unemployed loser as the supposed hit man, and it provides the US with a diversionary tactic to distract from the financial crisis. The US government is presumably also hoping to destroy relations between Iran and Saudi Arabia, two brother nations in Islam. Don't forget, the US also justified its war against Iraq with falsified evidence.

SPIEGEL: After the plot was uncovered in mid-October, you promised to investigate the accusations. Where are the results?

Salehi: So far, our investigations have shown only that all of it must be a completely invented story. The main suspect in the affair has denied all accusations in court in the US. Why would we commit such a pointless act? In fact, we insist that the US apologize.

SPIEGEL: Accusations of state-sponsored terrorism in Iran are nothing new. Your intelligence services have been involved in assassinations outside your country several times.

Salehi: The Islamic Republic of Iran itself has been the victim of terrorism in the past three decades and has suffered many losses in combating it. We recently held a conference in Tehran on combating terrorism. All of these are illogical accusations.

SPIEGEL: Obama and US Secretary of State Hillary Clinton have repeatedly confirmed the accusations concerning the planned assassination. Are you claiming both of them have been deceived by their own intelligence agents?

Salehi: All of these measures are part of an American strategy of tacit warfare against Iran. They want to present us to the world as evildoers, while distracting people in the West from their own terrorist activities, such as murdering our scientists and waging cyberwar. We have submitted a complaint with the United Nations over these unjustified accusations.

SPIEGEL: The US president has written a letter asking Iranian leaders to extradite Gholam Shakuri, a Quds Force officer in Tehran and the individual allegedly behind the attempt, to the US, along with another suspect living in Iran.

Salehi: We have not received sufficient evidence from the US giving us precise information about the true identity of this alleged suspect. Why is he supposed to be in Iran? And where is he supposed to be there? There are thousands of people in Iran named Shakuri. Besides, there is no extradition agreement between Iran and the US. Such treaties exist only between nations that are friends. 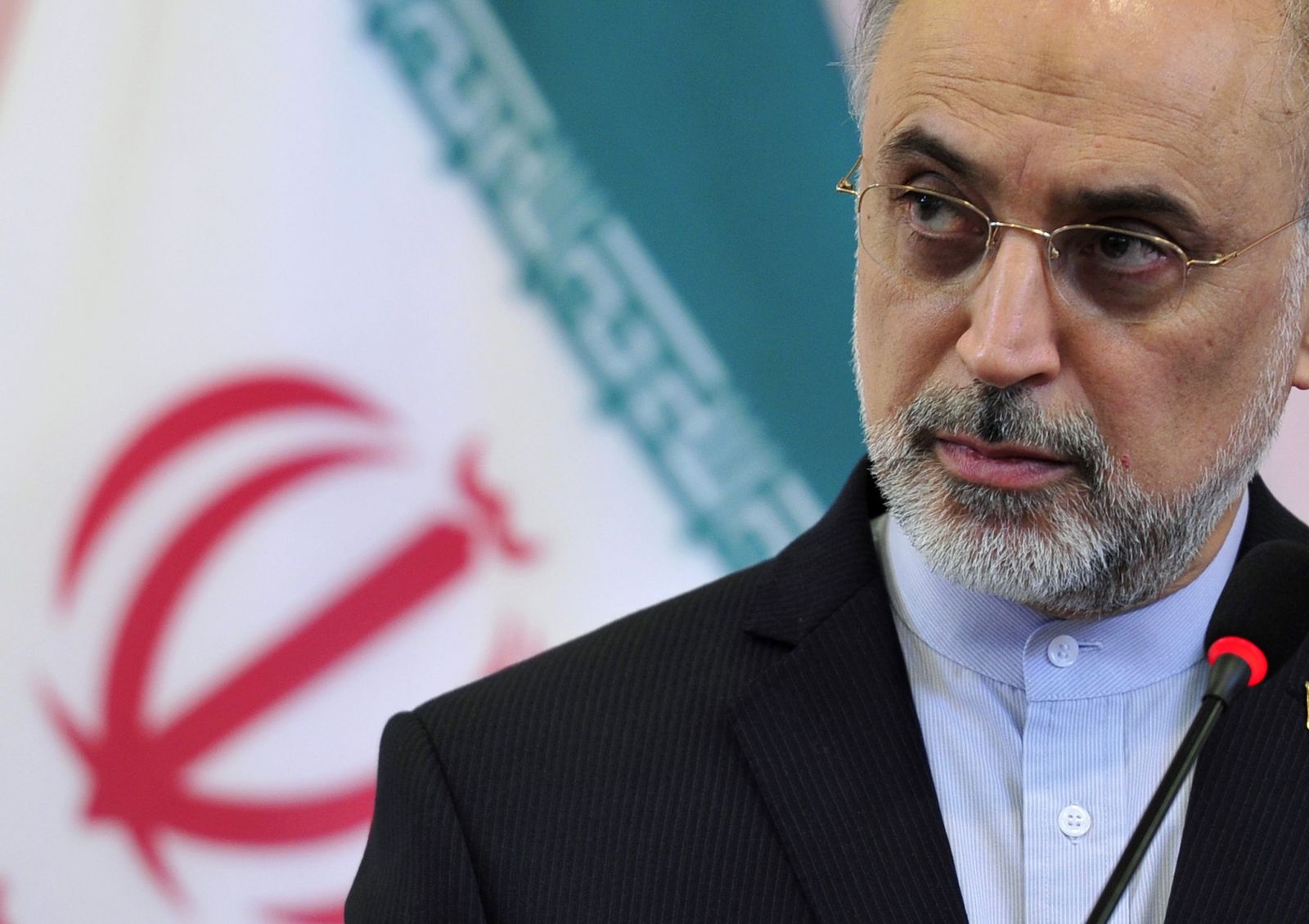