SPIEGEL ONLINE: Google appears to be pulling out of China, ostensibly the result of hacker attacks and because the company is no longer willing to censor its search results. Are they doing the right thing?

John Naisbitt: They've broken a contract. In order to get a license, they agreed not to allow searches on certain subjects. And now, four years later, they say 'we won't do this anymore because we've been hacked.' In Russia, hackers are much more vigorous and plentiful, but Google has said nothing. The company has a big market share there whereas in China it doesn't. Google is breaking the contract and it's blaming it on something else.

SPIEGEL ONLINE: So you think it's a PR stunt?

Doris Naisbitt: We cannot say that, but it's a gift! Look what a wonderful marketing effect this has for Google -- being the David fighting Goliath.

John Naisbitt: Say it's a PR stunt -- it couldn't have succeeded any better. Because here you have US Secretary of State Hillary Clinton getting on Google's side, not understanding the contractual situation, and making the Internet one of the foreign policy planks of the administration. That's not a bad thing. But it went from a contractual disagreement to the secretary of state becoming a spokesperson for Google.

SPIEGEL ONLINE: Does the Chinese government respond to external pressure, whether from a company like Google or the US government?

John Naisbitt: They are built to resist outside pressure. They really resent being jerked around. They resent Google putting them in a position where it looks like it's their fault when Google is the one that initiated this challenge. I think they're really pissed off. In China, when you make a deal, you never sign anything, you just shake hands. It's all based on trust. But if you break that, you're dead in the water. This breaking of trust is a really big deal for the Chinese.

SPIEGEL ONLINE: At its core, this is a cultural conflict?

John Naisbitt: Hillary Clinton goes to China. She's really criticized by the human rights folks in the US for not bringing up the issues dear to them. Now, she has a chance for redemption in that area -- to be on Google's side against censorship. In that sense, it's very political for the US. But for the Chinese, it's very cultural.

SPIEGEL ONLINE: One of the central ideas in your book is that China has developed a political system which now rivals Western democracies. What exactly do you mean by that?

Doris Naisbitt: The Western system is a multi-party system, the justification for governing is to be elected. Party A has to make Party B look bad and vice versa. It's a constant tug-of-war. In China, the government deliberates and makes up its mind. They have discussions too, and they are very smart people -- very well educated and prepared. They set one goal. Then they all pull in that direction, creating a framework for the people within which they can try to reach that goal. The big advantage is: If the government is not sure whether something will work or not, they have special zones in which they can try it out.

John Naisbitt: Trial and error. It's the biggest experimental program the world has ever seen. They have this wonderful saying: "Crossing the river by feeling the stones." They try different things, bottom up -- they're very decentralized. The things that work they adopt, things that don't they drop. There are many examples of bottom-up initiatives that are accepted by the leadership and turned into directives for the whole country. It's a consultative democracy.

Doris Naisbitt: If you look at the health care debate in the US -- China would simply have tried out the new system in some part of the country. But in a Western democracy, that's not possible.

SPIEGEL ONLINE: In Germany, such a system wouldn't be possible because it would involve treating people differently based on the region in which they live. That is prohibited by our constitution.

Doris Naisbitt: The Chinese wouldn't say, "you are treating us differently." They would say: "If it works, we're going to get it too. And if it doesn't work, it's only them." In the West, the justification for governing is winning an election. In China it's the results achieved.

SPIEGEL ONLINE: But what is democratic about this process?

John Naisbitt: What does democracy mean? Rule of the people. In China, they respond to the people's wishes. You may not believe that, but a study done by the Pew Research Center found that the Chinese government has an 89 percent approval rating. There is a lot of openness and freedom. The entrepreneurs and the artists, they love it. The energy it releases is palpable in China.

SPIEGEL ONLINE: From the West, China looks less like a consultative democracy and more like a corrupted form of the communist system. It looks like those in power have learned to use capitalist structures for their own good.

Doris Naisbitt: And that has happened. In some provinces you might have a local leader taking advantage of the local power he has. But the central government is working to put a halt to such abuse. We monitor the Chinese media in our institute and the subjects most discussed are corruption and the environment. The journalists in China are mostly in their 20s, a generation which looks very critically at their nation. On the one hand, they're very proud of their China, but on the other hand, they are critical and they identify the problems. And they're increasingly allowed to directly address the problems.

SPIEGEL ONLINE: Without fear of repression?

John Naisbitt: The biggest problem we have in the West is this mindset that it's still the communist party over there. They keep the name, but there are no communists there. There is no ideology. China is a country without an ideology. It doesn't have capitalism. It doesn't have communism. It has a pragmatic, step-by-step-progress to build a new, prosperous society.

SPIEGEL ONLINE: In your book you mention Jang Zemin and that he asked you to write a book like "Megatrends," your bestseller from the 1980s, about China. Ten years later you founded your institute in Tanjin. How do you respond to people saying that you've been bought by the Chinese government to do PR for them in the West?

Doris Naisbitt: We could have done much better economically if we had written a China-bashing book. There is no financial incentive there.

John Naisbitt: We have an institute which we support. We don't take any money from the government and they don't offer us any. Our institute is a standalone, independent institution. We have wonderful quarters in Tanjin University, but only because they think it's beneficial for them -- to help get more students etc. It's a tradeoff. But we take no money from anybody. 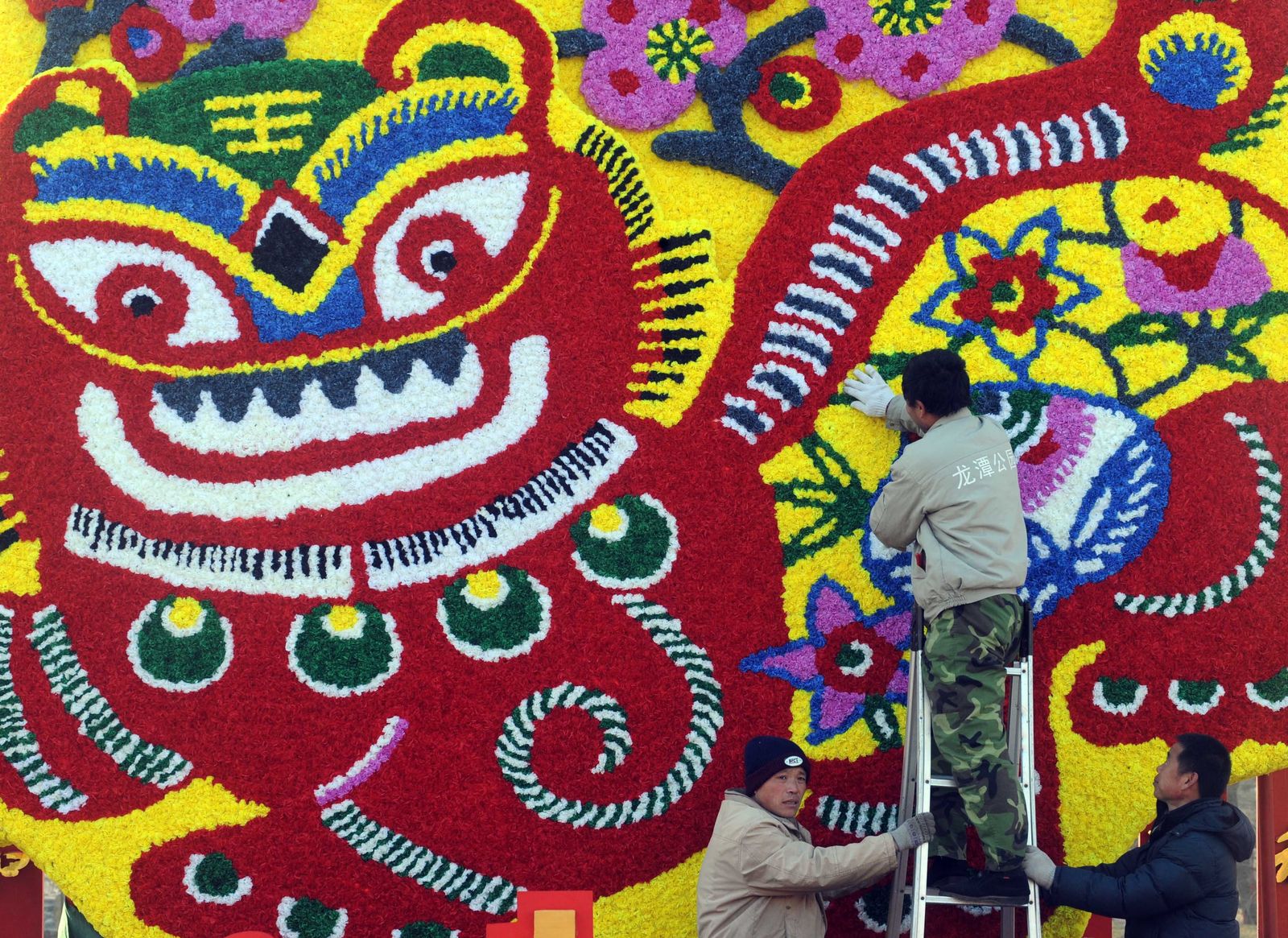 China is currently preparing for the lunar new year.