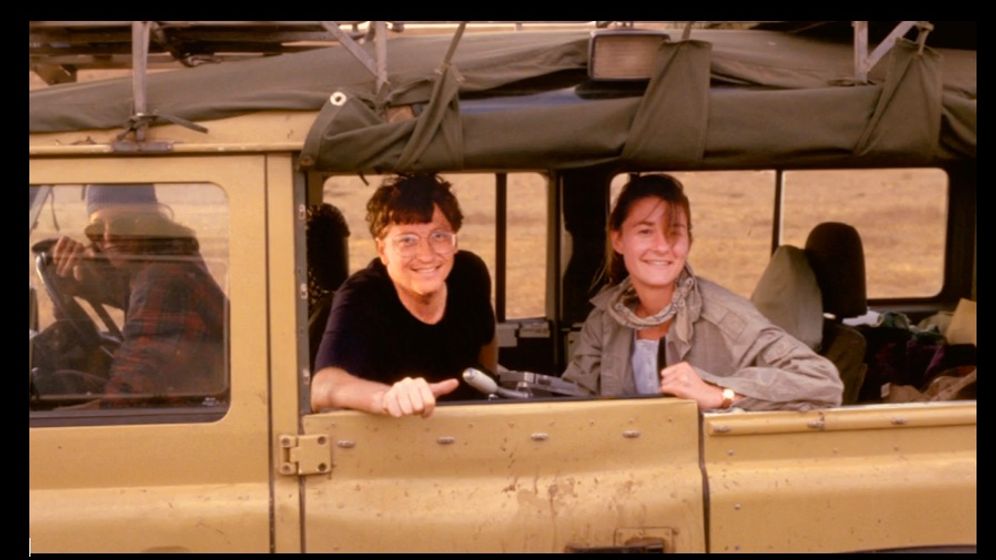 SPIEGEL: Mrs. Gates, how does it feel to be so rich that you can use your money to influence the lives of millions of people?

Gates: Our money looks huge, but it's actually not when you look at the range of projects that we're going after. Bill and I believe philanthropy can only be effective if it starts things and proves whether they actually work or not. That's the place that governments often don't want to, or can't, work. We might take on six candidates for developing a malaria vaccine knowing that five will fall away. But we'll get one hit. And to meet a mom and know that her baby is alive and that we had something to do with it, that feels great.

SPIEGEL: Why didn't you just entrust your fortune to an institution like the media mogul Ted Turner, who donated a billion dollars to the United Nations?

Gates: Bill and I felt like we had something to add from the private sector. He started Microsoft; I worked there for nine years. We felt the private sector has a view of things that is beneficial to this work. You bring a kind of thinking, an entrepreneurial thinking. And then, if it works, governments can scale it up.

SPIEGEL: Are you not challenging the UN's leadership role when it comes to development aid?

Gates: Every single thing we do has to be done with governments. Look, we could go out and spend the entire resource in two years. Gone, done. But would we have a catalytic effect? Would we have left something behind? Would we have saved as many maternal lives or childhood lives? The answer would be no.

SPIEGEL: It is, of course, extremely generous of you to use your money to fight disease and poverty. But is it okay for two private people to have so much power over the priorities addressed by global development aid?

Gates: These are the priorities we've chosen with our money, but that doesn't mean everybody else does exactly what we do. The German government is a great example. They are quite involved in some of the areas we're in, but also have their own areas. African nations are also setting their own agendas. We don't go in and tell them what to do.

SPIEGEL: Of the many problems facing the developing world, how do you decide which ones to focus on?

Gates: At the beginning of the foundation, we literally used to have charts on the walls that showed the most childhood death by category. Then we looked at what kills the most adults. AIDS, malaria, tuberculosis, the whole list. Then we looked at what's called disability adjusted life years, which looks at diseases that might not kill you but you don't have as much economic income. Based on that, we asked: "Where do we think philanthropic dollars could intervene and make a difference in each of those categories?"

SPIEGEL: And what did you find?

Gates: We started to really look at contraceptives. And after we got going in health, we started to invest in areas that would lift up people's lives economically. We have invested $400 million in agriculture because the predominant way to give people a livelihood in Africa is with agriculture.

SPIEGEL: Just recently, you launched an initiative for the health of newborns together with the World Health Organization (WHO).

Gates: The vaccine system that we've established with the Global Alliance for Vaccines and Immunizations helps explain why the child death rate has dropped from 12 million a year in 1990 to 6.6 million today. The area where it hasn't come down as rapidly, though, is with newborns. Of those 6.6 million, we lose a million on the first day of life and 2.9 million in the first 30 days. It's basically teaching the health worker who is there attending the mom to not just focus on the mom. They've seen so much death in the developing world -- the mom dying in pregnancy and childbirth -- that they focus on her and put the baby aside. So saying to them, as soon as the baby is delivered, put it on the mom's chest, keep the baby warm.... If you do these simple things, you can have a huge effect.

SPIEGEL: How far have you come in the fight against polio? In early May, WHO declared a global health emergency due to the spread of the disease.

Gates: With UNICEF, WHO, Rotary and a few other partners, we are deeply engaged in eradicating polio from the planet. Up until three years ago, polio only existed endemically in four countries: India, Pakistan, Afghanistan and Nigeria. India is now completely polio free. But what's happening in Nigeria, they're exporting it -- to Cameroon because of the border, but it's gone out into Syria, it's gone out into Chad and we've seen it in Somalia. We have this huge goal now of getting Nigeria finished because if we can do that in the next years, we won't get these outbreaks that we have to keep cleaning up around Africa. Then we can focus on Afghanistan and Pakistan. Bill and I get a report on our desk every month where we can see how many cases there are in Nigeria. This time last year, 24 cases had been reported in nine different states. This year so far we have three cases in two states. This is the end game.

Gates: It's difficult. There has been unrest and vaccinators have been attacked. But so far, we're still able to work. Tribal leaders are helping us to get the polio vaccine distributed. But yeah, it's tough and the vaccinators have a very hard job.

SPIEGEL: You had a successful career in your first life as a manager at Microsoft before leaving the company to raise your three children. After all that, how did philanthropy become such a big part of your life?

Gates: When Bill and I were engaged -- it is hard for me to believe, but it was 21 years ago -- we took our first trip to Africa. We went to see the Savannah and the animals, and it was gorgeous. But what really touched us were the people. We had already been talking during our engagement that the resources that had been amassed from Microsoft would go back to society. But during that trip, we began to talk about what we might do. Bill was always saying to me: "When I'm in my 60s, we'll do philanthropy." But we clearly started long before he turned 60; he is 58 now.

SPIEGEL: Your foundation is now the largest private development organization in the world. Was that your goal?

Gates: No. You know, I just started traveling a lot for the foundation, even in the early days when the foundation was really small and we had young kids. Bill didn't have quite as much time to travel, but when I came home I would tell him about something I had seen in a village. It is still like that today. We're often taking trips at separate times, but when we come home from a trip, the first person I want to talk to about that trip is Bill and the first person he wants to talk to is me. It's a kind of learning journey that we've both been on and our foundation started to scale up when we started to figure out areas we knew we wanted to tackle. And then Warren Buffett surprised us.

SPIEGEL: Eight years ago, he pledged $31 billion to your foundation.

Gates: That's when we really scaled up our global development program, our agriculture program and our financial services for the poor. Until then, we had been working primarily in health.

SPIEGEL: In your speech at the WHO, you said that you and your husband despise inequity. But isn't it strange when you return from your trips to your luxurious mansion on Lake Washington outside of Seattle? A property for which you have to pay more than a million dollars a year in taxes.

Gates: I think it is the same for you if you go to the developing world and then come home and get into your car with seat heaters. Or you come home, turn on your shower and you have hot water. I don't care whether you live in a small apartment or in a giant house, there are inequities. Quite frankly, neither Bill nor I would build that house again if we had it to do all over again. But it's a matter of what are you doing to battle those inequities and for Bill and me, we have now oriented our life around that. We're spending not only our money, but also our time.

SPIEGEL: Are you doing so partly out of a sense of guilt?

Gates: No, I wouldn't say guilt. We feel like we have a responsibility. Any of us that is lucky enough to grow up in a country like Germany or Great Britain or Japan or the US ought to do something for the rest of the world.

SPIEGEL: The French economist Thomas Piketty recently triggered a debate with his book in which he argues that iniquities are also growing in the industrialized world. His recipe is that of raising taxes for the very rich. Do you agree with him?

Gates: Bill and I are both in favor of an estate tax and we've actually been quite outspoken about that. But it hasn't gotten very far in the US. If you're in the upper quartile of income in any of these wealthy economies, you ought to give back more than other people. Bill, Warren Buffett and I are quite involved in trying to get people of substantial wealth to commit to giving half back, either in their lifetime or at their death.

SPIEGEL: How many billionaires have you convinced?

Gates: We've announced that we have 127 billionaires -- and they're global now, not just in the US. We have several people in the UK, Switzerland, Australia and India. Now, Bill is also taking this to China.

SPIEGEL: In the 1990s, Bill Gates was often vilified because of the monopolistic position Microsoft had established on the market. But now, you and Bill are the face of good. One could almost say that your foundation has managed to completely change your public image.

Gates: Bill was a hard-charging competitor -- he and Steve Jobs were absolutely rivals. But they were also friends, particularly near the end. When we started doing philanthropy, we were doing it because of the mothers and fathers and children we met, not to help some image of Microsoft or Bill. That would have been ridiculous.

SPIEGEL: What will happen to the foundation when you and your husband aren't around anymore?

Gates: The foundation will only exist 20 years after the last of us two dies. It won't be in perpetuity because we believe that the money should be spent. Warren Buffett's money has to get spent within 10 years of his estate settling. The three of us all believe that we can only tackle the problems of today. We can't predict in a crystal ball what the problems of society are going to be 100 years from now. Will climate change be fixed? Will energy be fixed? I'm turning 50 this year and I certainly plan to still be working on this in 30 years. I can't tell you what's going to come after that.

SPIEGEL: Mrs. Gates, thank you very much for this interview. 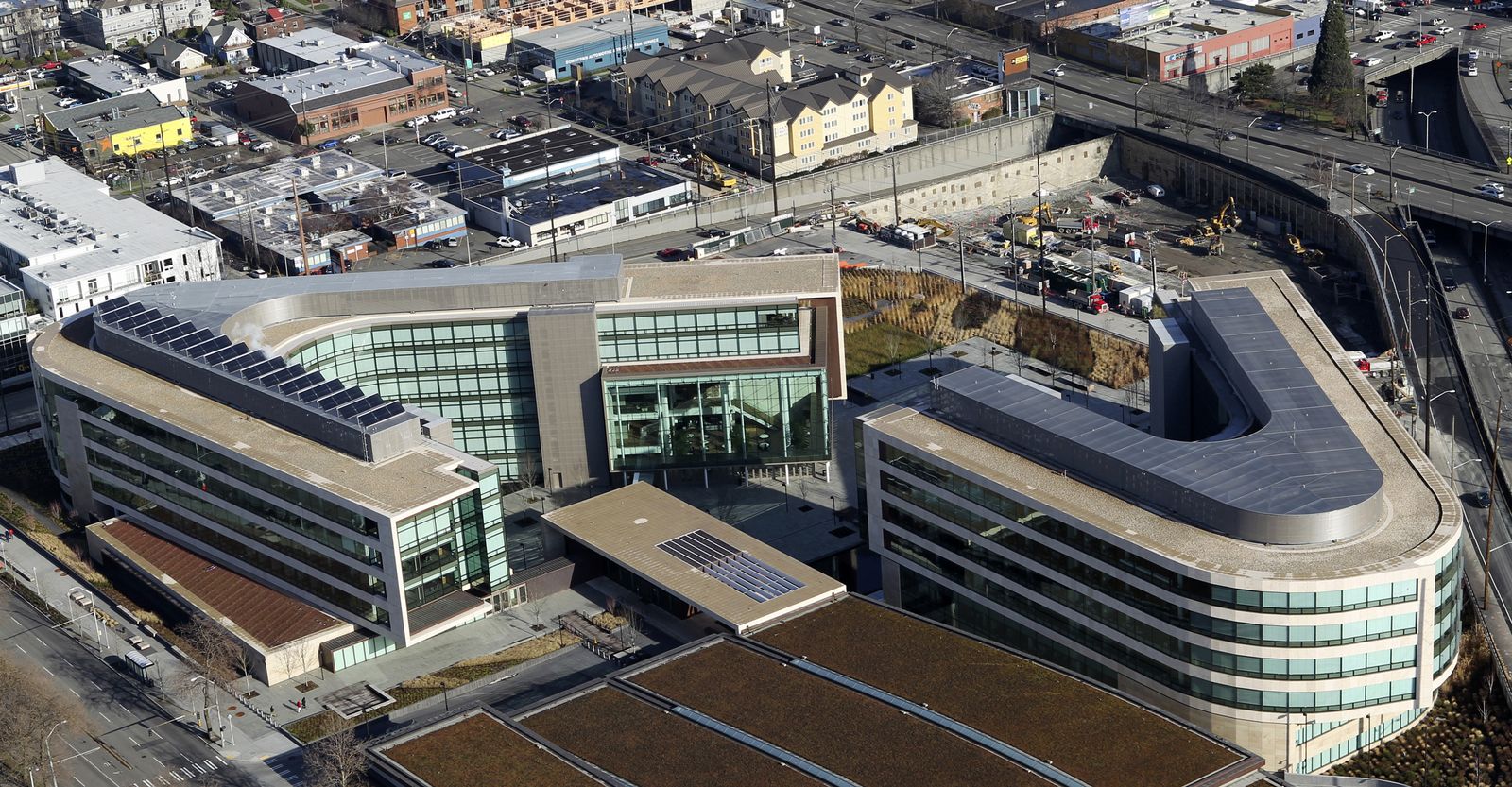 The Bill and Melinda Gates Foundation campus in Seattle. " I dont care whether you live in a small apartment or in a giant house, there are inequities," she says. " But it's a matter of what are you doing to battle those inequities and for Bill and me, we have now oriented our life around that. Were spending not only our resources, our money, but also our time."