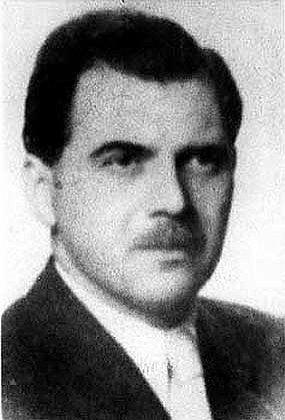 Josef Mengele was almost captured at the same time as Adolf Eichmann.

When the Mossad, Israel's intelligence agency, captured Holocaust bureaucrat Adolf Eichmann in Buenos Aires on May 11, 1960, they almost caught another big fish at the same time. Just as the team was preparing Eichmann's arrest and extradition, the Mossad got wind that Josef Mengele, the "doctor" from Auschwitz, was also in Buenos Aires.

Mengele gained notoriety for the gruesome experiments he carried out on concentration camp prisoners. But after the war, he was able to hide his identity and worked on a small farm in Bavaria until he moved to South America at the end of the 1940s. Mengele lived for a time in Buenos Aires and was there when Mossad agents arrived in the city to capture Eichmann, according to Rafi Eitan, a minister in the Israeli cabinet and an ex-Mossad agent. Last week, Eitan told journalists that because the Mossad had Eichmann in a Buenos Aires safe house when he learned of Mengele's presence, he decided not to go after the so-called "Angel of Death," as Mengele also was known.

Mengele died in 1979 when he had a stroke while swimming. Eitan spoke to SPIEGEL about his decision to fly back to Israel without him.

SPIEGEL: Josef Mengele fled Germany for South America not long after the end of World War II. When did you pick up his trail?

Rafi Eitan: In the spring of 1960, as we were planning the arrest of Adolf Eichmann, we learned that Mengele was also in Buenos Aires. Our people checked out the address and it proved to be correct.

SPIEGEL: So why didn't you arrest him?

Eitan: There were just 11 of us and we had our hands full dealing with Eichmann. After we had brought Eichmann to the house where we kept him until we flew him out, my boss at the Mossad, Isser Harel, called. He wanted us to arrest Mengele as well, but Mengele had left his home in the mean time. Harel said we should wait until he returned and then bring both he and Eichmann to Israel in the same plane. I refused because I didn't want to endanger the success of the Eichmann operation.

SPIEGEL: Was there at any point a discussion about which of the two were more important -- Mengele, the "Angel of Death" from Auschwitz, or Eichmann, who administered the deportation and murder of millions of Jews?

Eitan: No. In 1958, we resolved to capture a former Nazi and bring him to justice in Israel. Possible targets included Mengele, Eichmann, the former head of the Gestapo Heinrich Müller, and Hitler's right-hand man Martin Bormann. The first one we could find was Eichmann, so we concentrated on him.

SPIEGEL: Was Mengele tipped off by the arrest of Eichmann?

Eitan: I assume so. We wanted to keep Eichmann's extradition to Israel secret and then return to Buenos Aires to capture Mengele. But due to a leak, Prime Minister David Ben-Gurion had to make an official announcement about our success. When our agents returned to Argentina, Mengele had moved out of his apartment and gone underground.

SPIEGEL: He was never caught and died in 1979 not far from Sao Paulo when he had a stroke while swimming. Were you ever able to pick up his trail again before his death?

Eitan: We were able to find him one other time, but we were not able to organize an operation to capture him. We could have killed him with a sharpshooter, but we didn't want to. It wasn't about revenge.

SPIEGEL: But the Mossad did liquidate some Nazis, like the "Hangman of Riga" Herbert Cukurs in Montevideo in 1965.

Eitan: There were such operations, but I was against them. Criminals have to answer for their crimes before a court of law.

SPIEGEL: Does the Mossad still hunt down old Nazis?

Eitan: That era is over. But that's not to say that such operations are completely a thing of the past.

Eitan: It could very well be that a leader such as Iranian President Mahmoud Ahmadinejad suddenly finds himself before the International Criminal Court in The Hague.

SPIEGEL: Do you mean that seriously?

Eitan: Absolutely. Those who spread poison and want to eradicate another people has to expect such consequences.