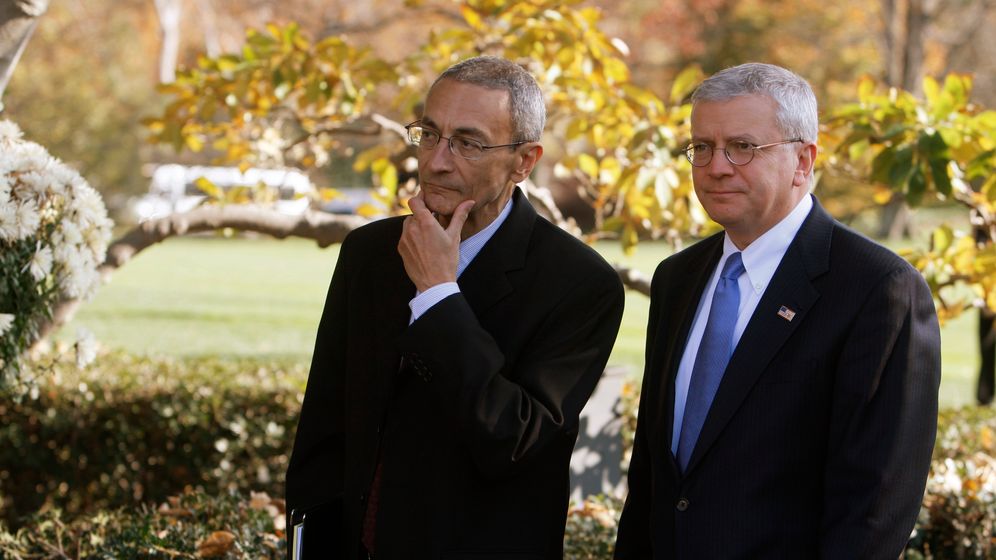 SPIEGEL: According to a recent survey, nearly three-quarters of Americans believe National Security Agency (NSA) spying is infringing on their privacy rights. A proposal to restrict such programs failed only by a narrow margin in Congress. Are Americans beginning to fear a surveillance state?

Podesta: We are in uncharted territory, facing rapid technological change that has simply swamped our existing legal regime. The media's focus in recent weeks has circled almost exclusively around Edward Snowden's attempt to earn the world record for longest airport layover. But the focus on Snowden distracts from what is most problematic about the information he provided to the media.

SPIEGEL: And that is?

Podesta: Unlike the last time we had a national conversation about the NSA and domestic surveillance during the days of "warrantless wiretapping" in 2005, a legal framework exists today to support PRISM and the other programs. Therefore, the challenge is not rooted in the NSA overstepping its legal boundaries. Instead, new products and services, increasing processing power, and the decreasing cost of storing huge amounts of data means that surveillance on an unprecedented scale is now not just technologically possible but is also financially feasible for the first time. It is past time for us to begin a new national debate about what we want our surveillance laws to permit, particularly in light of how rapidly technology and society are changing.

SPIEGEL: And you believe that this debate will also continue despite the failed legislative push in Congress?

Podesta: The American people have the right to know and understand the laws they live under. And they tend to demand answers sooner or later. Look at similar debates on targeted drone strikes: We have seen an alliance of leftists and rightists against drones out of fear they might be used for domestic purposes. Obama had to get out there with a public address on his national security policy and he managed to largely quiet these critics. In retrospect, the only question was why he waited so long to give that speech.

SPIEGEL: So you want the President Obama to give a similar speech on spying?

Podesta: He would be well-advised to engage in a public debate. But he should also establish a national commission to examine these challenges in full. Presidential commissions have a long history of thoroughly and impartially investigating many national security issues, from Pearl Harbour to 9/11. The commission should be tasked with offering recommendations for a flexible legal framework that can easily accommodate technological advances while maintaining respect for civil liberties. It could also examine private-sector activities.

SPIEGEL: What activities do you mean?

Podesta: At the same time that new technology is enabling governments to engage in surveillance that once wasn't technologically feasible, consumers are voluntarily disclosing piles of personal data to private corporations -- and these disclosures are governed by those lengthy terms-and-conditions agreements -- the ones where people click the "OK" button without giving it a second thought. Every time we post something about ourselves on Facebook, we're helping that company build a sophisticated profile of us that it uses to sell targeted ads. Meanwhile, our smartphones with built-in GPS technology track our locations and our phone companies and Internet providers collect metadata on every call we make and every person we email. In the United States, court decisions from the pre-Internet days suggest that the information we give away voluntarily to these companies can be obtained fairly easily by the government. That legal rule may have made sense in an age before Facebook and iPhones, but we need a serious examination of whether it still makes sense today.

SPIEGEL: You talk a lot about the rights of Americans. But Europeans are furious that the NSA can spy on them with barely any restrictions.

Podesta: We need better oversight of our surveillance agencies and we need increased transparency at the Foreign Intelligence Surveillance Court. Surely we can meet our national security needs without sacrificing the respect for personal privacy that has long been a hallmark of American life. The president could quiet some of the international critics if he explained better what the US is doing.

SPIEGEL: Instead you hear in Washington that Europeans are "whiners" and "hypocrites".

Podesta: Well, I agree that European anger is largely hypocritical. Most of the governments there have known for a long time what the US has been doing and they have often cooperated closely and willingly. I understand why leaders in Europe need to speak out against PRISM and other programs, but they still act like hypocrites.