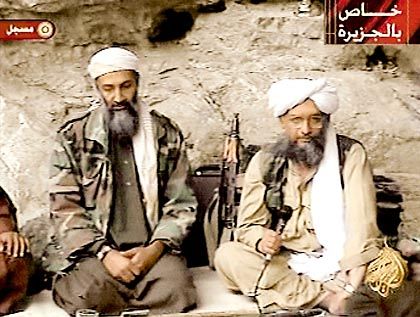 SPIEGEL: Mr. Rashid, currently, there are more American soldiers dying on the battlefield in Afghanistan than in Iraq. Can the Taliban win?

Ahmed Rashid: We are witnessing a major offensive in both countries by the Afghan and the Pakistan Taliban. Previously one of these two groups of Taliban was fighting while the other would rest. This summer they are both on the offensive. This is a strategic decision by the Taliban who see a lame duck American president and also know that it will take until next spring before a new US administration can become effective. They also see a weak and divided Pakistani government and a weak and ineffectual Afghan government.

SPIEGEL: What is their strategic aim in Afghanistan?

Rashid: The Afghan Taliban want to create a strategic debacle, either by taking a town or city and announcing an alternative government or by trying to force one or two of the less committed BATO states to withdraw their troops from Afghanistan. Meanwhile, the Pakistani Taliban are determined to conquer or grab as much territory as possible in the next few months in the North-West Frontier Province (NWFP) in order to extend their influence in the Pakistani population, but also to offer more protection for al-Qaida and the Afghan Taliban leaders in this region.

SPIEGEL: How were the Taliban able to become so influential in the North-West Frontier Province?

Rashid: The Pakistani tribesmen, the Pashtuns, who helped al-Qaida to escape from Afghanistan in 2001, were benefiting enormously from this new relationship with the Taliban and al-Qaida -- they were the hosts and the protectors of al-Qaida and received large sums of money from them. They also felt encouraged to form their own militias. The real fault lies in the Americans' lack of interest in the Taliban after 2001. They insisted again and again that the only enemy was al-Qaida. This allowed Pakistan to accept the retreating Taliban and give them refuge.

SPIEGEL: How critical is the situation today? Have we arrived at the tipping point in Pakistan?

Rashid: During February elections, the secular Pakistan People's Party (PPP) was voted into power both in the central government and in the North-West Frontier Province. They defeated fundamentalists and (President) Pervez Musharraf's party. This was a very positive sign and an indication that the people of Pakistan oppose fundamentalism and continued military rule.

But the problems are enormous. First, the rubble from Musharraf's disasterous last year, 2007, which includes his imposition of martial law and suspension of the constitution and the judiciary, is still there. His implementation of martial law has left a huge constitutional and legal problem for this government to sort out. Second, the civil government is still not in control of foreign policy towards India and Afghanistan -- the army continues to dominate foreign policy. Third, there is a huge economical crisis because of the price of oil and food, which is fuelling internal unrest. All this has created a lot of infighting within the civilian coalition government (and a situation in which) neither they, nor the Army, are focusing on fighting extremism.

SPIEGEL: For years the army has tried and failed to fight religious warriors in the tribal areas. The government tried to negotiate with the extremists and failed. Is there anything left than can still be done?

Rashid: The strategic necessity for the Pakistan military is to stop the support for the Afghan Taliban, to end the sanctuary that the Afghan Taliban have in Pakistan. If this does not happen we will see continuous fighting in both countries.

SPIEGEL: What mistakes have Western governments made in Pakistan and Afghanistan?

Rashid: The original sin was made when the US abandoned Afghanistan in early 2002 in order to prepare for the war in Iraq. We did not see major reconstruction of the country until 2004 and the window of opportunity for winning over the Afghan people and truly undermining Taliban influence was lost.

SPIEGEL: Can Afghanistan still be saved?

Rashid: Yes, I still think Afghanistan is doable. But it is not a single conflict anymore -- it is becoming a regional war that is spreading to Pakistan, Central Asia and Iran. And what is needed now is a regional diplomatic approach of the West to resolve this problem. It has become a much bigger problem than it was in 2001.

SPIEGEL: Pakistan is a nuclear state. Should we fear that one day the Taliban or al-Qaida could get access to the nuclear arsenal?

Rashid: No, I don't think so. Pakistan's nuclear arsenal is controlled by the military, which is a well disciplined and hierarchic force. It is unlikely that there could be any cracks in that chain of command.