SPIEGEL ONLINE: Ms. Jones, your father wants to burn hundreds of Korans at his church in Florida on Saturday. What do you think of the plan?

Emma Jones: I am shocked and condemn it. When I hear what he is currently saying in interviews about his motivations, he seems like a stranger to me.

SPIEGEL ONLINE: Have you asked him not to go through with it?

Jones: Yes. I sent him an e-mail. I wrote: Papa, don't do it. I actually haven't had any contact with him since he left Cologne in 2008. But because I think his plan is so awful, I implored him to consider the consequences -- not just for him but for the whole world.

SPIEGEL ONLINE: Has he answered?

Jones: No. But I didn't think he would.

SPIEGEL ONLINE: Why do you think your father sees Islam in such a hostile way?

Jones: It is relatively new. For years he led a church in Cologne that was, at first, merely Bible oriented, but later it began to have sect-like elements. Just before he left Cologne in 2008 and returned to the US, he began saying that Islam is getting the upper hand and that we can't allow it. But I didn't grow up with this radicalism.

SPIEGEL ONLINE: How did you grow up?

Jones: We were raised in a very Christian household, and it was very strict. But also very social. We received visits from people from all over the world and were open to everything.

SPIEGEL ONLINE: Former members of his church have spoken of psychological cruelty, forced work, financial irregularities and calls to beat ones own children.

Jones: My mother, Lisa Jones, died in 1996 of a heart attack. Shortly thereafter, my father remarried and I left the church at age 17. In 2005, he offered me a job as a bookkeeper in a company belonging to the church, which sold donated furniture on eBay. I gained a new insight, and realized that my father preached things and did things that I didn't find to be in accordance with the Bible at all. He demanded that people completely obey him and his second wife, Sylvia. Both are extremely obsessed with power. I saw genuine religious delusion. A typical indication of a sect. Both of them wanted to control everything.

SPIEGEL ONLINE: Did you confront your father at the time?

Jones: Yes. I didn't agree with those things which I saw as exploitation and psychological abuse. I repeatedly brought those things up. In the end, he called me into his office and said he received a message from God for me: God would take my children and then kill me. I stood up and left. Then I contacted members of the church and tried to open their eyes. And I was successful.

SPIEGEL ONLINE: It is true, then, that the church in Cologne ousted your father itself?

Jones: It was a mixture. We confronted him and demanded that he correct his errors. But he didn't give in. When we brought up the church finances, he disappeared the next day.

SPIEGEL ONLINE: Are you still involved with the church that he left behind?

SPIEGEL ONLINE: Do you believe your father is serious about burning the Korans?

Jones: I do. My father is not one to give up. As his daughter, I can see the good-natured core deep inside him. But I think he needs help.

SPIEGEL ONLINE: Is your father a megalomaniac?

Jones: I'm afraid he is. As his daughter, it is difficult for me to say that.

SPIEGEL ONLINE: There are apparently a number of your father's German followers with him in Gainesville. Did he take some of the Cologne church members with him?

Jones: Yes. Some of his followers went with him.

SPIEGEL ONLINE: Your father recently said he would consider cancelling the plans if the White House were to contact him personally.

Jones: I don't know what's going through his head. I think he has gone crazy. But I am convinced that he thinks his plan is both correct and good.

SPIEGEL ONLINE: He has indicated that the final decision will be imparted to him by God. Does he see himself as someone who is in constant contact with God?

Jones: Yes. He was constantly comparing himself with Moses.

SPIEGEL ONLINE: If you knew that your father would read this interview, what would you say to him?

Jones: That he needs help. That he is on the wrong path. But that there are people who love him anyway. I sincerely hope that he comes to his senses.

Interview conducted by Yassin Musharbash. Translated from the German. 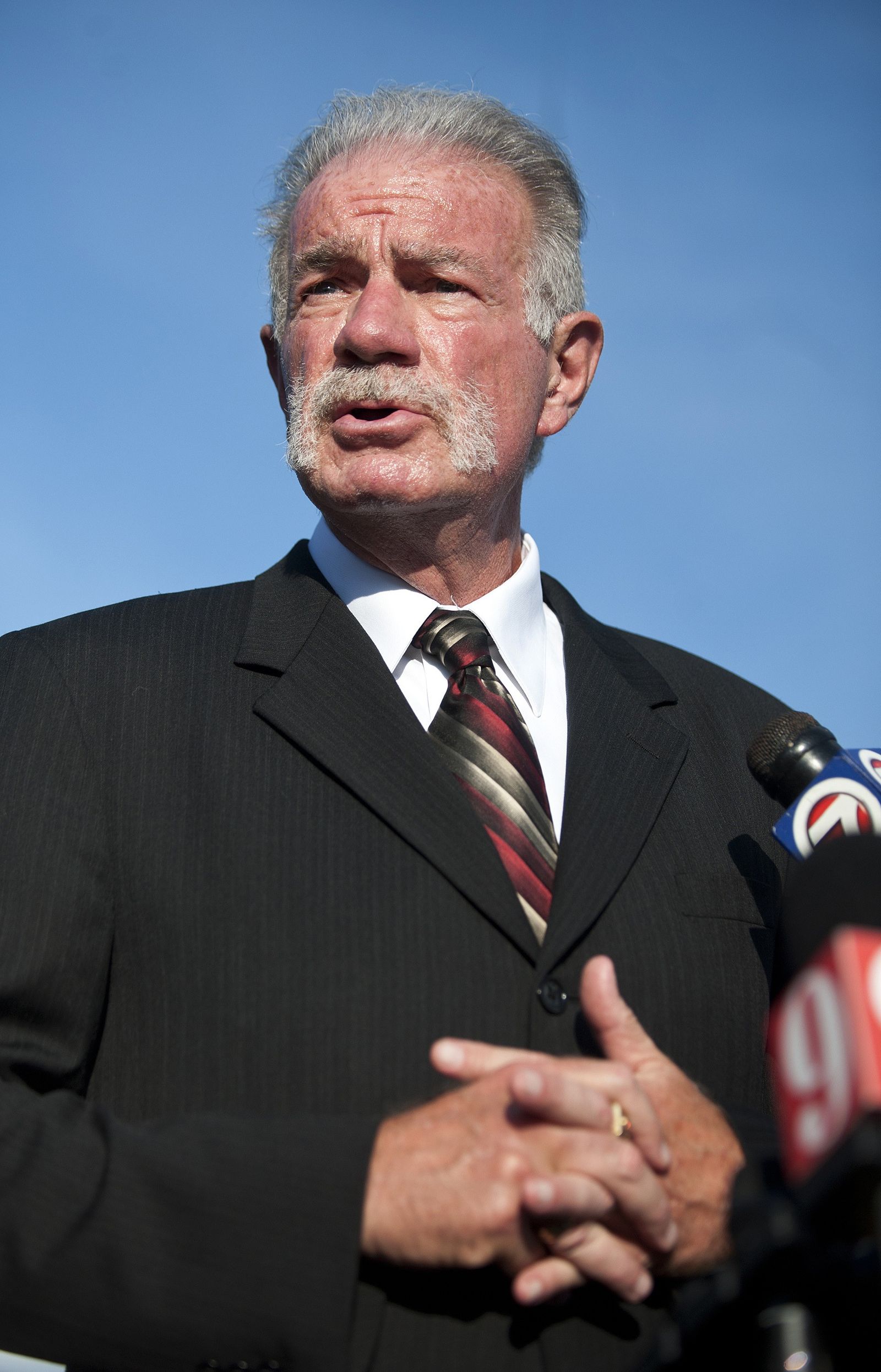 Pastor Terry Jones: "He seems like a stranger to me."