SPIEGEL: How does one explain that Stalinists or Stalin apologists are a largely accepted part of the political landscape in Russia?

Nikolai Svanidze: Because Stalin is a winner in the eyes of a majority. And we don't condemn winners. Not only do we associate the victory over Hitler with Stalin, but also those of the Soviet Union's successes that are now practically mythical: industrialization, becoming a superpower, the predictability of daily life. Negative things have been forgotten.

SPIEGEL: For Germans, the words of praise for Stalin sound like praise for Hitler. Something that is unthinkable.

Svanidze: Because Hitler lost the war. The world considers him a criminal and the Germans see him as a seducer who led their country into a catastrophe. Those who seek to justify Hitler say that he eliminated unemployment, reduced crime, built highways and unified the nation. Very similar things can be said about Stalin. But unlike Hitler, Stalin was never clearly condemned, and certainly not by his own people. There was no trial, so that formally, at least, he has a clean slate.

SPIEGEL: But there aren't just Stalin supporters in your country.

Svanidze: Stalin still divides society. Some say that he killed innocent people, while others believe that the victims were merely enemies of the people and that the end justified the means. Unfortunately, the majority of Russians see him in a positive light. The fact that the Soviet Union reached the high point of its imperial power and geographic size under Stalin warms the hearts of many.

SPIEGEL: In an interview with SPIEGEL, President Medvedev said that "the liquidation of a huge number of Soviet citizens was a crime," and that the state must candidly call it that. Why does Medvedev hazard such sentences when the majority sees things differently?

Svanidze: It just happens to be what he thinks.

SPIEGEL: Does he hope to score points in the West?

Svanidze: When I wrote my book about Medvedev in 2008, a strange thing happened. I asked him about his opinion on Stalin. He replied at length and in his typically thoughtful way. He described Stalin as extremely negative. But when I sent Medvedev the text, he deleted what he had said about Stalin.

SPIEGEL: He had lost his courage?

Svanidze: The next time we met, he explained to me that although he had already been elected as president, he was not in office yet and didn't want to forfeit his relationship with the people right away. Then he thought about it -- and left the passage in after all.

Svanidze: Because the negative view of Stalin is his deep conviction and because, in referring to the past, he intends to make a statement about the present and the future. Medvedev is also using the debate over Stalin to portray himself as a politician who differs from Putin ideologically.

SPIEGEL: Putin, for whom the collapse of the Soviet Union was the "greatest political catastrophe of the twentieth century."

Svanidze: Putin is no Stalinist. I know that from conversations I've had with him. But he comes from the intelligence service. In the eyes of intellectuals, in particular, he behaves like a Stalinist. Medvedev positions himself differently: as a liberal and an anti-Stalinist.

SPIEGEL: Medvedev complains that 90 percent of young Russians know nothing about the victims of Stalinist repression, not even the name of Alexandr Solzhenitsyn, the winner of the Nobel Prize in Literature, who spent eight years in the gulag. How can this be changed?

Svanidze: By the state taking a clear position. It should criminalize glorification of the Stalin dictatorship. But it's still too early for that. Second, we need active education in the schools and in the media. Unfortunately, the situation is often reversed at the moment.

SPIEGEL: Why doesn't Russia open all of its intelligence agency archives? It would reveal the atrocities of the Stalin era once and for all.

Svanidze: You, as a German, know how an intelligence agency can permeate a society. I'm not just thinking of the Hitler era, but also of the Stasi in the former East Germany. It would be my dream for the archives to be opened, but not all the secret lists of informers. Too many unpleasant surprises would come to light.

SPIEGEL: But perhaps that's the only way to cure the country of its Stalin syndrome?

Svanidze: We couldn't cope with it, because someone in almost every family was part of the system of informers. An opening of the archives would be a heavy blow for many people, because they would discover things about their ancestors and closest relatives that they hadn't expected. The psyche of my country is already very troubled today. Every other person here could use a psychiatrist, because of the events of past decades. 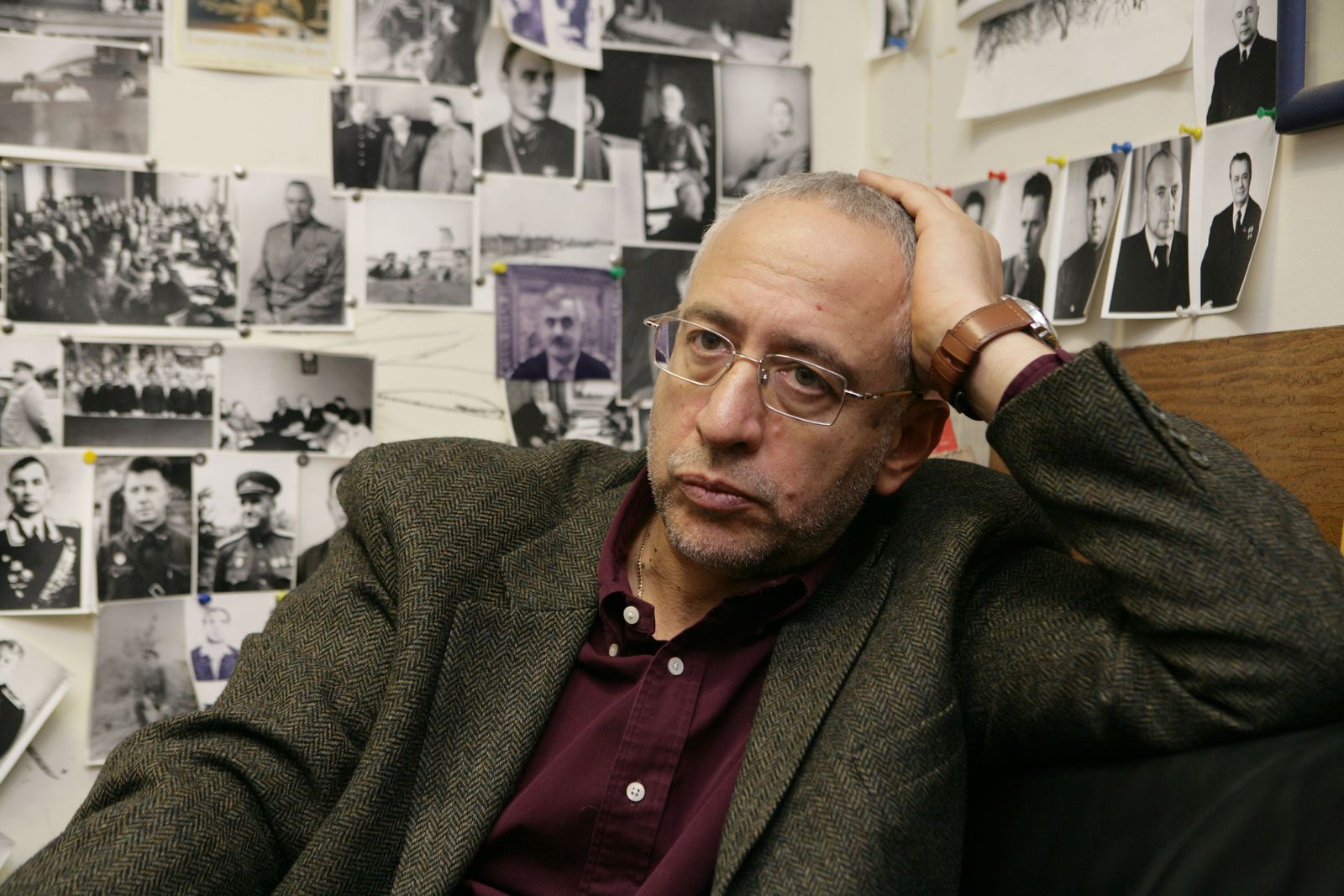