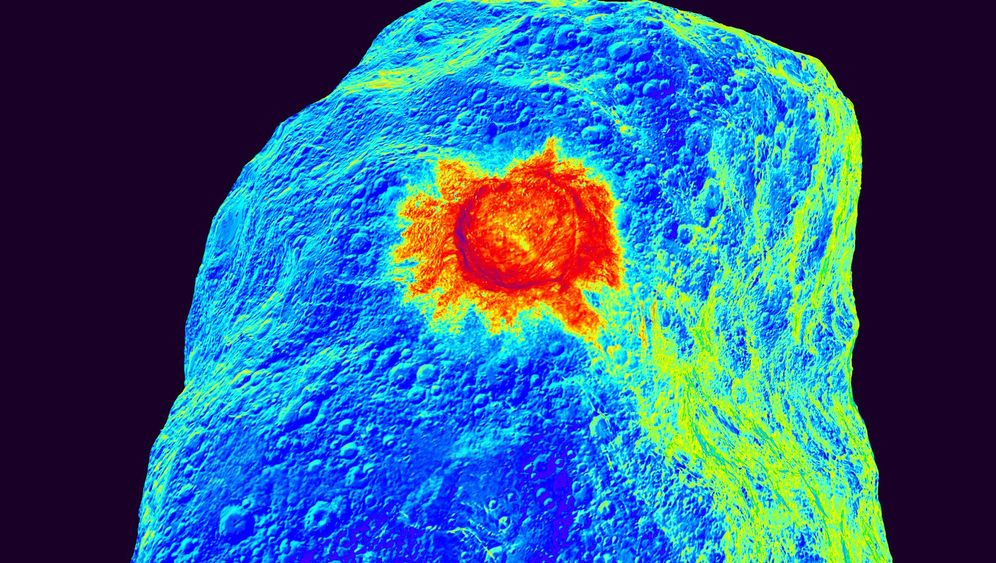 SPIEGEL ONLINE: Mr. Schweickart, mankind currently has a lot of problems to deal with: climate change, civil wars, deadly infections. And you want to save the Earth from asteroids. Aren't there more important things to do?

Schweickart: I am interested in climate change and other topics too. But this thing is so huge, in the worst case we are talking about the end of our civilization. In the short term, some deadly virus might be more important, but in the long run there is hardly anything more important than asteroids. Journalists often put things into either-or scenarios. But we can both prevent asteroid impacts and address climate change. It's not either-or.

SPIEGEL ONLINE: We at least know the biggest asteroids in our cosmic vicinity, and none of them will be a threat to us in the foreseeable future. No human being has ever been killed by an asteroid, at least as far as we know. Where is the problem?

Schweickart: While we didn't know the dinosaurs personally, we do know that they were wiped out by an asteroid impact. Asteroids have hit the Earth millions of times. We can see them as shooting stars every night. When they get bigger, things get complicated. It is only a matter of time until a big one hits us. And since we can do something about it, we should.

SPIEGEL ONLINE: Astrophysicist Stephen Hawking believes that the impact of an asteroid is the thing that could cause the disappearance of intelligent life in the universe. But doesn't that underestimate the stupidity of mankind? The danger of a nuclear war seems bigger

Schweickart: We could not wipe ourselves out with a nuclear war. I do not want so sound too positive. It would be a catastrophe, but it would not be a final one. We are not powerful enough for that. An asteroid could be that powerful. That is why we need to do our homework.

SPIEGEL ONLINE: If we were to discover that an asteroid is on a collision course with Earth, we would still have decades to prepare.

Schweickart: Our early-warning system should give us decades to prepare once we discover one headed our way. Especially for the bigger ones. But I am not just concerned with the big ones. Anytime we can save lives or prevent the destruction of property, we should do it. We need early warning systems, technologies to deflect an asteroid - and we need political preparedness as well. It needs to be clear who is to decide what, who launches the rockets, who presents which bills to its citizens. This is a planetary decision. We need to do this all together. Or it will not happen.

SPIEGEL ONLINE: NASA and the US' Federal Emergency Management Agency (FEMA) just practiced evacuation procedures in the case of a foreseeable asteroid impact. Is that not enough for the worst case?

Schweickart: Such desktop exercises are necessary, but they are not sufficient. We not only need to train people, we also need to develop deflection technologies. It is not enough to do a desktop exercise of a Beethoven symphony. You need to practice with an orchestra. The musicians need to read the notes. Otherwise it will be a disaster.

SPIEGEL ONLINE: The member states of the European Space Agency are currently meeting in Lucerne to discuss their budget for the coming years. The agenda also includes talk of giving 250 million euros to the Asteroid Impact and Deflection Assessment (AIDA) mission, a collaborative effort between the Europeans and Americans to develop a way to alter the course of a small asteroid. What happens if the funding is not sufficient?

Schweickart: Then we miss an excellent opportunity to test the concepts that we have been developing in the past ten years. The chances to do this relatively cheaply occur very infrequently. This has to do with the orbit of the asteroid in question. The mission would be cheap and there would be a lot to learn.

SPIEGEL ONLINE: You recently joined 100 planetary scientists in signing an open letter in support of this mission. If the Europeans decide not to fund AIDA, should the Americans fly it by themselves?

Schweickart: There is no use in launching the US part of the mission only. If the Europeans do not go, the Americans do not go. The European part could theoretically go on its own to observe the asteroid from an orbit. The American role is to hit it with a projectile. That only makes sense if somebody else is watching to see how the orbit is altered. For the first time in history, we have the chance to change the path of a celestial body. Let's realize what we're talking about here. We would be slightly changing the mechanics of our solar system to enhance our survival. That is gigantic!

SPIEGEL ONLINE: In the movies, we usually send somebody like Bruce Willis to save the earth. Does it make sense to send humans to space to deflect an asteroid?

Schweickart: These missions need to be unmanned. We don't need humans onboard. Un-crewed missions need to be prepared 10 to 15 years in advance. With humans on board that would be 25 or 30 years. And it would be more expensive by a factor ten. Nobody wants to see a Bruce Willis. What we need is a robot to do the job, cheaper and faster.

Rusty Schweickart, 81, was an astronaut in NASA's Apollo missions. He was the first person to test the moon-landing module in Earth's atmosphere for the Apollo 9 mission. He is one of the founders of the Association of Space Explorers and has been working for years on the question of how an asteroid impact with Earth can be prevented. Between 2001 and 2011 he was the head of the B612 Foundation, a private group working towards this goal.