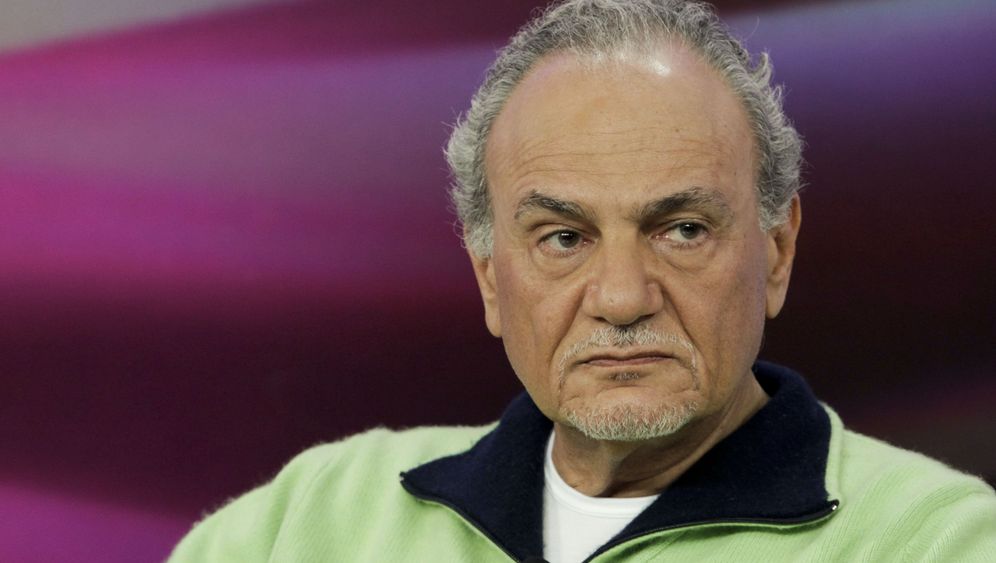 SPIEGEL: Your Highness, Saudi Arabia provides Syrian rebels with both money and weaponry. What is the kingdom's strategic aim?

Turki: The immediate downfall of the Bashar al-Assad regime and the immediate stop of "the killing machine," as King Abdullah described Bashar-Al-Assad's response to the demands of his people.

SPIEGEL: Troops from the Shiite radical group Hezbollah, supported by Iran, have joined the fight in support of Assad and could soon begin marching on Aleppo. Are the rebels not currently facing failure?

Turki: For the last two years, the regime and its supporters have been claiming victory with any advance they make on the ground. The Syrian people are determined to achieve what they aspired to when they began their protest.

SPIEGEL: Syria's armed opposition is far from being a unified force. Among them are thousands of radical extremists from, among other places, Saudi Arabia. The rebels have extremely different views on how tomorrow's Syria should look.

Turki: There are such elements from all over the world, including Germany. Nor is Saudi Arabia happy with anyone going there to pursue Jihad. Anybody who has intentions of going there, or coming back, will be held responsible and brought to justice for contravening the orders of the king. But the most radical and extreme elements doing most of the killing in Syria are Bashar Al-Assad's troops with their lethal arms, mainly aircraft, tanks and helicopters. And they are supported by the most radical elements of Hezbollah.

SPIEGEL: As the battle for Qusair recently illustrated, Hezbollah could play a decisive role in turning momentum back in favor of Assad. Did the West and the Gulf States underestimate the power of the Syrian president?

Turki: I don't think we ever underestimated it. If you look back at the statements of our Foreign Minister...

Turki: ...the kingdom always said that if you don't provide the opposition with the necessary means, this would be a long drawn out fight that would get bloodier before it stops. Because the fighting continued these past two years, all of these negative elements have come in, whether it is the radical jihadists or the fundamentalists. On the other side we have Hezbollah, we have Iranian experts on how to fight civil disobedience coming in and we have Russian weapons support. Had the opposition from the very beginning -- as Saudi Arabia requested from the US and Europe -- been given the means to defend itself, the good elements would have prevented this. They would have acquired the prestige and the prominence necessary to make them into the accepted leadership.

SPIEGEL: Europe remains deeply divided as to whether weapons would bring about a quicker end to the bloodshed. Most Germans think that arms for the rebels would make the situation worse.

Turki: Russia is providing tanks, armored vehicles, artillery batteries, missile batteries and aircraft. Iran is also supplying offensive weaponry. These arms are killing 90 percent of the Syrian victims, most of them innocent civilians. But if America and Europe were to have provided anti-tank and anti-aircraft weapons, they would be killing those who are killing the Syrian people. One is defensive, with the aim of preventing the killing and the other side is offensive, seeking to inflict killing.

SPIEGEL: The war is threatening the stability of Syria's neighbors. It has the potential to spread to the entire region.

Turki: It could only take this path if Saudi Arabia were to send an army or if America were to declare a no-fly zone and start shooting down Russian-made MiGs.

SPIEGEL: To what degree is this conflict actually about weakening Iran?

Turki: Iran is a paper tiger, but one with steel claws. I am talking about Hezbollah and the groups in Iraq that they have developed over the past 10 years since the fall of Saddam Hussein. Now Hezbollah is trying to develop a militia in Syria. Iran has operatives everywhere -- in Bahrain, Pakistan, Afghanistan. There is an Iranian Hezbollah group in Turkey.

SPIEGEL: What would it mean for Saudi Arabia were Iran to develop a nuclear bomb?

Turki: That Saudi Arabia must carefully look at all options, including that of acquiring nuclear weapons.

SPIEGEL: What do you think would happen if Israel were to carry out a pre-emptive attack to prevent Tehran from building the bomb?

Turki: Iran would retaliate against everybody -- with its missiles, with suicide bombers, with agents. And we would be the first victims. Imagine if a nuclear installation is destroyed in Iran and there is fallout on our side of the border. The Iranian people would coalesce around their government. In short, it would be total mayhem.

SPIEGEL: What is the alternative?

Turki: From the very beginning, the nuclear negotiations with Iran got off on the wrong foot. The so called EU-3 -- Germany, France and the United Kingdom -- had a carrot and stick approach which never worked and will never work because the stick was never used. The right foot would have been to propose the establishment of a zone free of weapons of mass destruction for the whole area and the provision of two guarantees. First, economic and technical support for countries interested in the peaceful use of nuclear energy. And second, a nuclear security umbrella for the members of the zone guaranteed by the five permanent members of the United Nations Security Council.

SPIEGEL: How could the Israelis ever be convinced to give up their nuclear arsenal?

Turki: President Barack Obama would need to get together with Russian President Vladimir Putin, the new Chinese premier, the French President and British Prime Minister David Cameron, and invite the countries within the zone to discuss this plan. So it is not only a matter of Israel, it is all of us.

SPIEGEL: Saudi Arabia sent troops into neighboring Bahrain to help quell demonstrations there. Do the citizens of Bahrain not have the right to ask for more freedoms?

Turki: Bahrain is a totally different situation than in Syria or Egypt. What we are seeing in Syria is deliberate mass murder. 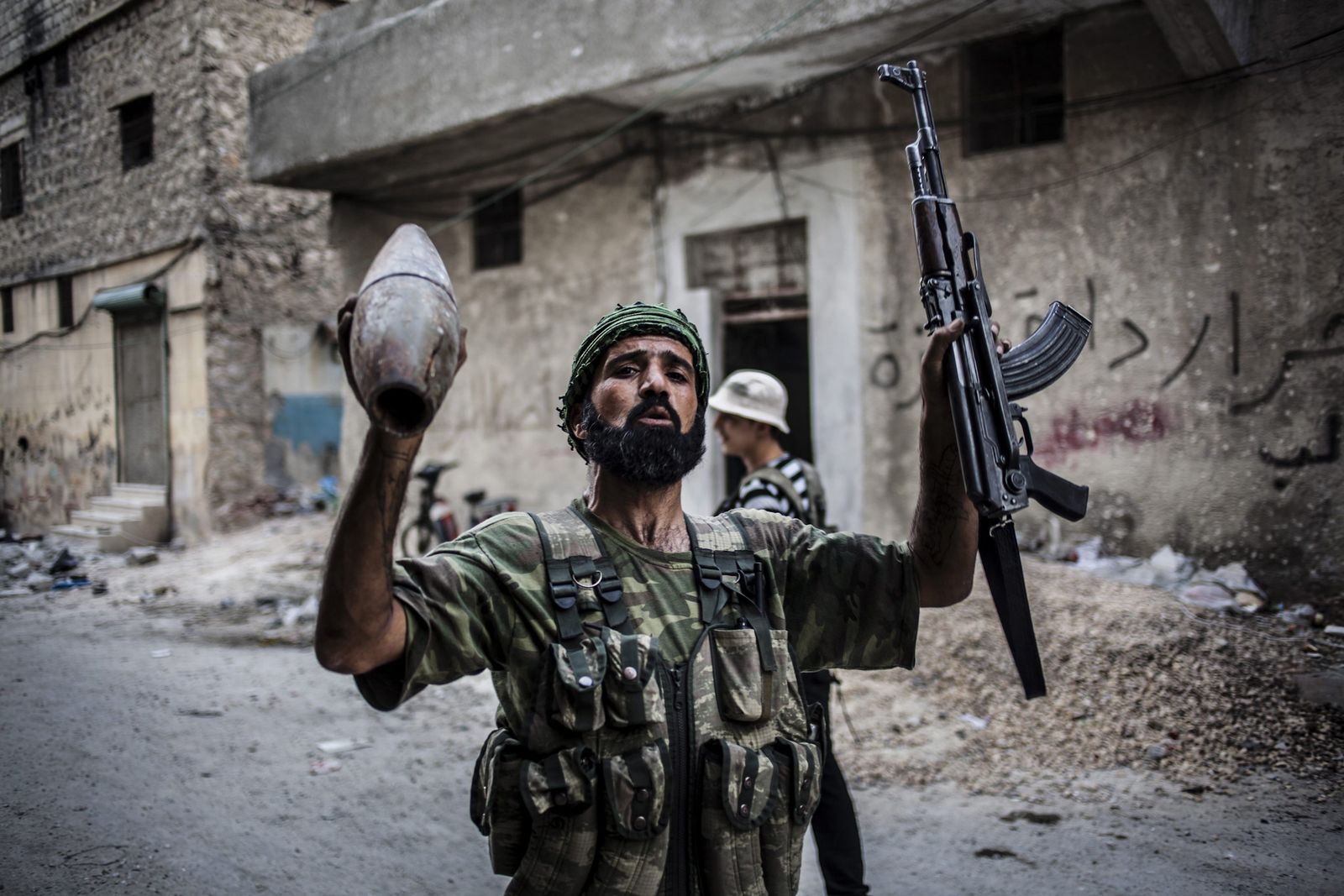 Currently, the rebels are primarily receiving non-deadly support from the West, including from Germany. But while Germany continues insisting it is opposed to supplying arms, the US, Britain and France disagree.