SPIEGEL: Professor Bloom, Donald Trump was sworn in as the President of the United States on Friday. Does this mark the start of an era of unpredictability for politics and the economy?

Bloom: Yes, you could say that. The indicators we use to measure political uncertainty have never been as high as they are today, and we have collected data that reaches back to the beginning of the 20th century.

SPIEGEL: And that's all because of the election of Trump as president

Bloom: ... and the vote in the United Kingdom to exit the European Union, correct. But these two phenomena are the expression of a much more fundamental problem: The rise of populist parties such as the Five Star Movement in Italy and the Front National in France are rocking the political certainties of the last decades. And that also affects the economy.

SPIEGEL: Together with colleagues, you have developed methods of measuring political uncertainty and its consequences. In what situations does uncertainty increase?

Bloom: To put it into a simple equation: Decreasing economic growth and increasing inequality leads to increased uncertainty. The U.S. and, to a certain extent, countries in Europe as well, have experienced growing inequality within their population for decades -- a small group of people own the lion's share of the wealth. Populists take advantage of this, and their policies are extremely hard to predict. And this has serious consequences. Companies shy away from risk, postponing their investment decisions in times of uncertainty, the stock markets get nervous and unemployment threatens to increase.

SPIEGEL: Important elections are taking place in Europe this year -- the presidential elections in France this spring, and the federal elections in Germany a few months later. What impact will they have?

Bloom: Elections themselves do not necessarily lead to more corporate uncertainty -- quite the reverse, stable democracies create a reliable environment. And elections have caused hardly any change in the basic economic framework in the last few decades.

SPIEGEL: Instead, trade barriers have been dismantled, the central banks have kept inflation down and NATO has provided security. These were constants, no matter who was in power in Washington or Paris.

Bloom: Yes, political stability was at most a factor in assessing developing countries or Russia. It is now also an issue in Western democracies. The Five Star Movement in Italy lets its members vote on its policies online -- with the outcome that the results are often completely unpredictable. And Trump also tends to shoot from the hip. You can see from his sparse Twitter messages that he is constantly changing his mind. Politics has become very unpredictable, making things so very difficult for individuals and also for companies.

SPIEGEL: And yet the markets responded enthusiastically to Trump's victory. How do you explain that?

Bloom: Trump can, like every government, trigger a short boom with borrowed money, just like he has announced. He appears to want to adopt the economic policy approach favored by Republicans of putting lots of money into building roads and cutting taxes. Markets like that. But, at the end of the day, someone always has to foot the bill.

SPIEGEL: So you think that Trump will disappoint some of his supporters?

Bloom: Many people who have lost out in the last few decades voted for Trump. Trump will have a difficult time turning them into winners. The jobs of these people are not at risk because of Chinese or Mexican workers, but because of robots and computers. And new trade barriers and higher tariffs are not going to change that. If you leave school at 16 then, in all probability, there is a machine that can do what you can do better and cheaper. And Trump can't do anything to change that.

SPIEGEL: Populists often promise their voters that they will revive the economy. But, if we understand you correctly, it is precisely the success of these populist parties that is increasing uncertainty and, with it, undermining the chances that they can fulfil this promise?

Bloom: Exactly, Brexit is a classic example of this. The Brexiteers promised their supporters wonderful things, almost none of which can ever come true. The billions that London transfers to Brussels will most certainly not land in the budget of the country's National Health Service. Brexit is going to be very bitter for many of its supporters.

SPIEGEL: But the Brexit vote in the U.K., like Trump's victory in the U.S., did not initially lead to lower growth but quite the opposite.

Bloom: Brexit hasn't happened yet and nothing will happen while the negotiations are still going on. Life will be good until then, perhaps even better than before. The value of the pound dropped in reaction to the Brexit vote, but the United Kingdom is still part of the European single market -- no wonder then that companies focused on exports are happy. But the problem is, once Brexit has actually been implemented, the world will be a very different place.

SPIEGEL: In your research, you have gone back to the year 1900. Have there been situations in the past in which the level of uncertainty has been similar to what it is today?

Bloom: According to our measurements, political uncertainty around the world has more than doubled since the election of Trump. To find anything comparable we have to go way back, to the late 1920s for example, the times of the Great Depression. Or think of the United Kingdom in the 1970s, when the International Monetary Fund had to help the country out with a dramatic rescue operation. Up until the Greek crisis, that was the last time that the IMF was forced to intervene to such an extent in Europe.

SPIEGEL: Your Economic Policy Uncertainty Index is the first attempt to quantify political uncertainty and its impact on the economy. What data do you use?

Bloom: Very traditional data, believe it or not -- we use newspapers and analyze how often certain key terms are used in articles. We have computers and students helping us do this at the University of Chicago. For Germany, we analyze Handelsblatt and the Frankfurter Allgemeine Zeitung newspapers.

SPIEGEL: I'm sorry, but you're leaving out a major publication ...

Bloom: ... you're right, but DER SPIEGEL unfortunately only comes out once a week and given that we need a sufficiently large pool of articles, we only analyze daily newspapers.

SPIEGEL: In the articles, you search for ...

Bloom: ... keywords such as "uncertainty," "economic crisis" or, in Germany, "budget deficit," "regulation" and "Bundesbank". The idea behind this, to put it simply, is the following: Our index rises when there are more articles with these keywords. Then we compare this data with the developments of stock prices, growth forecasts and unemployment.

SPIEGEL: You recently presented the results of your research to the central bank governors of the G-20 states, including Mario Draghi and Jens Weidmann. How did they react?

Bloom: The central bank governors were very interested. It sparked a lively debate on questions such as whether political uncertainty impacts economic growth or whether it's actually the other way round, that decreasing growth leads to increased political uncertainty. The prevailing opinion was that there is a correlation in both directions.

SPIEGEL: You've already said that growing insecurity is bad news particularly for companies. During the US election campaign, the stock prices of many U.S. construction companies shot up when Trump said he wanted to build a wall along the border to Mexico to combat illegal immigration ...

Bloom: ... only to plunge down to rock bottom when he changed his mind and said he was actually just going to build a fence instead. And that is the problem.

SPIEGEL: Are there certain industries that are particularly sensitive to uncertainty?

Bloom: Alongside the construction sector, health care and defense companies are especially affected -- our results show that quite clearly. These industries are heavily dependent on government decisions. German pharmaceutical companies are also concerned about Trump's plans to abolish the health insurance introduced by President Barack Obama. This move would have similarly serious consequences for the health care industry as Brexit.

SPIEGEL: The internet companies in Silicon Valley, in contrast, seem immune against the decisions made in Washington. Will that continue to be the case in the future?

Bloom: Basically, yes, although with one big exception -- the high-tech industry needs the immigration of highly qualified labor, from India, from China, from everywhere. One of Trump's main promises in his election campaign was to restrict immigration. I'm sure that the details on visa regulations will cause much debate in Washington.

SPIEGEL: Leading internet bosses have already made a courtesy call to Trump. And the president-elect is always emphasizing that he is a born dealmaker and that he wants to do politics exactly the way he used to run his real estate business. Will we be seeing an increase in deals between companies and the government?

Bloom: Unfortunately, there is reason to fear that, yes. It's starting already, Trump is forcing Ford to invest in Detroit rather than in Mexico. But CEOs are obliged, by law, to make their decisions in the best interests of owners and shareholders, and that runs counter to the notion of upturning important parameters for investments merely on account of a Tweet from Trump.

SPIEGEL: In the U.K., on the other hand, the Japanese carmaker Nissan recently put pressure on 10 Downing Street, saying that it would only make new investments if the government could guarantee that the company can carry on exporting to the EU on single market terms after Brexit as well.

Bloom: What worries me is the complete lack of transparency in agreements like these. It raises questions like, what's the other side of the deal? Is the U.K. police force now going to increase its orders for cars from Nissan? Is the U.S. military going to order more cars from Ford? It would be good to know that. Unfortunately, these deals follow a similar pattern to the wheeling and dealing between corporations and government that we know from some Latin-American countries. And this trend is a very worrying one. 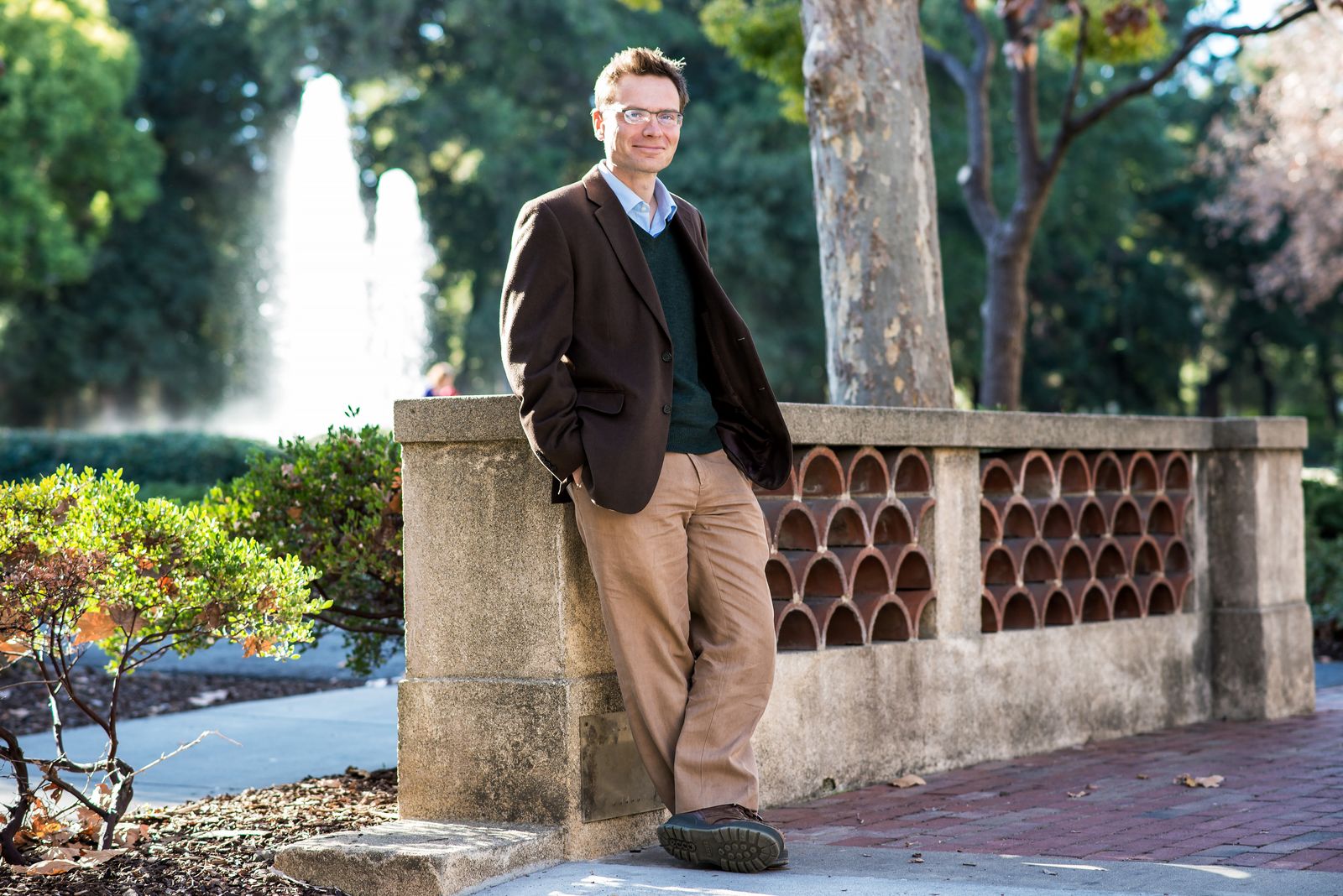