SPIEGEL: The world is looking at Washington and sees gridlock and chaos. How much have the negotiations over the United States' debt ceiling hurt America's standing in the world?

Meckler: Saying that these debates have hurt our image is absurd. What you currently see in Washington is one of the most responsible debates ever about the size and scope of government. The world should look at what is going on in the United States as a model for what should happen in all countries.

SPIEGEL: We look at it and see a Congress held hostage by a small group of radical Tea Party members unwilling to agree to any budget compromise and risking a US default.

Meckler: What do you mean by "a small group?" Forty-one percent of voters in the last US election said they agreed with Tea Party values. And the primary values of the Tea Party are about fiscal responsibility.

SPIEGEL: But you are willing to accept a US default if your demands for massive budget cuts and no tax increases are not met. That seems rather irresponsible or even unpatriotic. Most leading economists forecast financial "Armageddon" in that case.

Meckler: Default is a false threat. We take in over $220 billion in revenues every month and our debt service is only roughly $20 billion. The only way we will default is if the President of the United States makes the irresponsible choice not to pay our debts. We Tea Party Patriots put principles first, and we have to understand what America is about. Our country was founded on an idea: liberty. But it requires fiscal responsibility for people to be free. We are becoming slaves to our own government. Every US family now owes $400,000 to $500,000 in national debt. We Tea Party Patriots fight for the future of the nation, and there can be nothing more patriotic than that.

SPIEGEL: Democracy is not just about winning fights. It can only function if all parties are open to compromise.

Meckler: The compromises that we have witnessed on debt have taken our country to the brink of financial collapse. Currently, the American government is spending 44 cents of each dollar on interest payments. We have compromised our way into disaster. None of the budget plans proposed have real cuts in them -- only promises to cut. The reality is that legally one Congress cannot bind the future Congress to cut, so these promises are actually a lie. We need real and immediate cuts.

SPIEGEL: The budget plan proposed by Republican speaker John Boehner contained massive spending cuts. Why were you so unwilling to embrace it?

Meckler: Look closely at the plan: It proposes $22 billion in cuts in the upcoming fiscal year. That is ridiculously little. It is the equivalent in the United States of shutting off the lights on Friday night and reopening at your normal rate of spending on Monday.

SPIEGEL: The plan also rules out any tax increases to close the deficit, though. Even the plan of the Democrats does not mention new taxes. So your movement already won the debate over taxes.

Meckler: This debate is not about taxes. This is a question of spending. There is no amount of taxes that we could raise that would stop our deficit spending caused by politicians who have lied so often.

SPIEGEL: Your movement often refers to Ronald Reagan, the Republican icon. But he raised taxes 11 times and the debt ceiling 18 times.

Meckler: At no time did he control both houses of Congress, so often he had no choice. But Reagan got attacked viciously by conservatives over this, just as we would attack any Republican president in the future if he did something similar.

SPIEGEL: The US economy is still growing very slowly. If you cut government spending drastically now, you will risk having a double-dip recession.

Meckler: That is simply wrong. Government spending is never efficient.

SPIEGEL: But in the short run, the cuts will lead to even higher US unemployment.

Meckler: Possibly on a minimal level. But we have worried about the short term for so long that we have damaged the long-term prospects of our nation. Look at what is going on in Europe: Spain is a complete disaster. It has more vacant homes than we have here, with only 40 million people. Italy is a complete disaster. Europe is going down the same path as the US, only many countries are far ahead and don't take corrective action.

SPIEGEL: Speaker Boehner failed several times to rally Republicans around his plans. Does he need to go?

Meckler: We have polled our membership and 74 percent of our members in our 3,500 chapters said it is time to look at new leadership.

SPIEGEL: And should he be replaced by a Tea Party representative?

Meckler: The ultimate goal is to have somebody in the House who is fiscally responsible. We have changed the debate in the United States, which is a pretty radical thing to do in such a short period of time. The question back then was: "How much more will we spend next year, not how much can we cut?" But you will see much more profound change in 2012.

SPIEGEL: Who could be the Tea Party candidate in the next presidential election?

Meckler: The movement has no clear preference. Our members are taking a cool and careful look at all the candidates on the Republican side. I am actually glad people are not more excited and blown away. The last time we saw that on the campaign trail, the country got Barack Obama in the White House -- and that led to complete economic disaster. 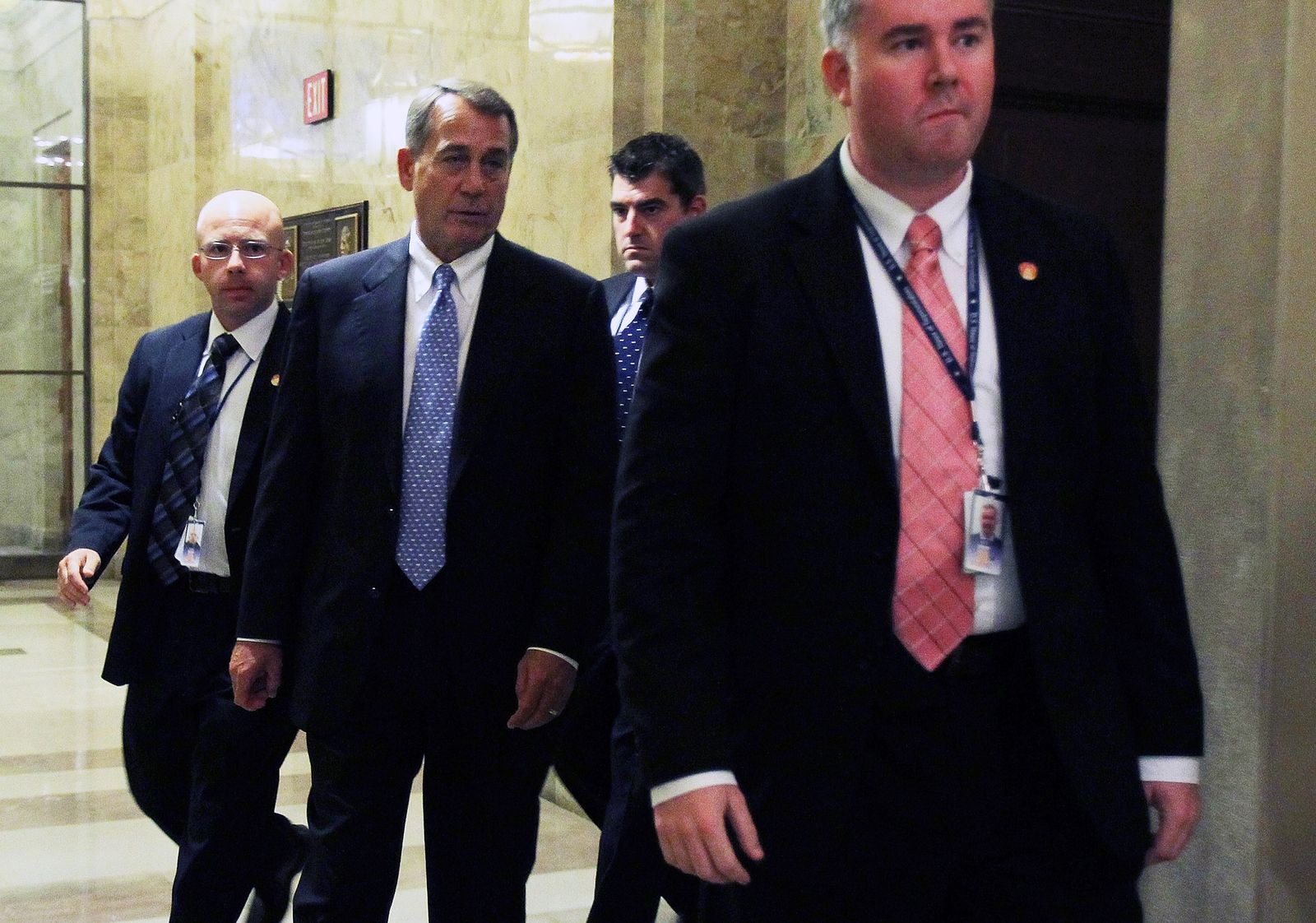 About 74 percent of the Tea Party Patriots in the US want Republican Speaker of the House John Boehner (center) to go.