SPIEGEL: You have followed and been a part of the hunt for Osama bin Laden since the very beginning. Did anything surprise you about how he was ultimately found and killed?

Bruce Riedel: The most interesting development is the location where he was found. He was not hiding in a cave in Waziristan, and he was not in a tribal area along the Afghanistan-Pakistan border. Instead, he was found in the city of Abbottabad, which is a garrison military city, only 30 miles (48 kilometers) from Islamabad. It is home to three regiments of the Pakistani army, it is a frequent retirement city for Pakistani officers, and Pakistan's first military dictator was born in this city. I think this raises very puzzling and significant questions about who protected bin Laden these last several years. Many suspected for a long time that bin Laden would be found in the heartland of Pakistan.

SPIEGEL: Why? Wasn't it always said that the tribal regions would offer the best hideouts since neither the government nor the army has much influence there?

Riedel: Other senior al-Qaida officials -- such as Khalid Sheikh Mohammed and Abu Zubaydah -- have been captured in major Pakistani cities. There have been reports for a long time that Taliban leader Mullah Omar is hiding in Karachi, which I think is almost certainly true. It is a further indication of the complexities of Pakistan. The Pakistan army had 140,000 troops fighting militant groups along the border, but it is still very much in close relationship with other parts of the jihadist movement. 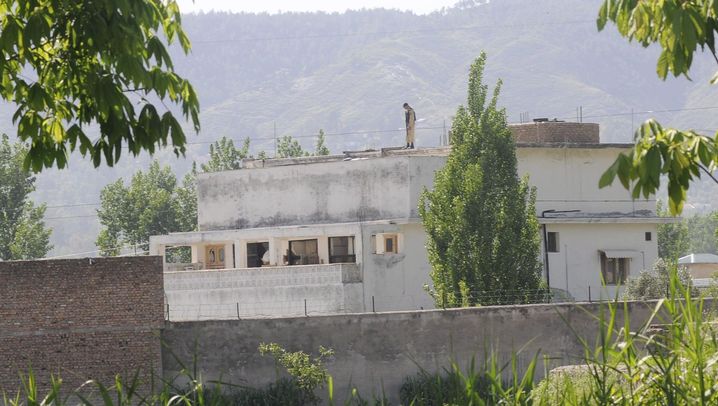 SPIEGEL: Who are the closest allies of al-Qaida in Pakistan?

Riedel: We have known for a long time that al-Qaida has close connections with the Pakistani Taliban, which cooperated with al-Qaida to assassinate Benazir Bhutto and also with Lashkar e-Toiba, which attacked the Taj Mahal Hotel and other places in Mumbai. Both groups have issued eulogies to bin Laden threatening reprisals. But the bigger question is about the Pakistani establishment: What did the Pakistani army and the Pakistani intelligence service know? And how high up in the chain of command did that knowledge go?

SPIEGEL: President Barack Obama didn't give the Pakistani government any forewarning that the raid on bin Laden's compound would take place. Do you think we should see that as an indication of a concrete suspicion?

Riedel: Suspicion is the wrong word; it is deep mistrust. The Obama administration has never had any illusions about Pakistan. I think they understood right from the beginning that Pakistan was playing a double game -- or at least that the Pakistani army was. But this will reinforce those concerns and lead to tensions.

SPIEGEL: What does that mean for US-Pakistani relations?

Riedel: President Obama has to distinguish between civil society, civil government and the military. Nobody believes that (Pakistani) President Asif Ali Zardari knew where Bin Laden was. After all, Zardari's wife, Benazir Bhutto, was murdered by al-Qaida and the Pakistani Taliban. It is also universally understood that the Zardari government is very weak. It cannot control the Pakistani intelligence services. The challenge for Obama and the West will be to try to strengthen the civilian government while having concerns about the military.

SPIEGEL: That sounds like walking an impossibly thin line.

Riedel: Of course it's a fine line. But the stakes are enormous. Pakistan has the fastest growing nuclear arsenal in the world. It will soon surpass the United Kingdom as the fifth-largest nuclear arsenal. It is the sixth-largest country in the world in terms of population. It soon will surpass Indonesia as the country with the world's largest Muslim population. Bin Laden understood all of that very well, which is why he focused so much on building alliances with other terrorist groups in Pakistan to undermine the country's stability.

SPIEGEL: What do Pakistan's Inter-Services Intelligence agency (ISI) and its military possibly hope to gain by supporting al-Qaida?

Riedel: That's a mystery. It could be loyalty to the common cause of global jihad. It could be anti-Americanism. Or it could be a combination of motives.

SPIEGEL: What does bin Laden's death mean for al-Qaida?

Riedel: Even though bin Laden has been relatively silent in recent times, this is clearly a severe blow to al-Qaida. His ability to elude justice created a myth. That is gone; the mystique has been shattered. We also heard that the Navy Seals and the CIA team were able to get a considerable number of computer hard drives out of the compound. That should lead to a further dismantling of al-Qaida's core. Al-Qaida now risks becoming irrelevant outside of Pakistan and Yemen.

SPIEGEL: Why is Yemen so important for al-Qaida?

Riedel: Al-Qaida has a flourishing cell in Yemen that can grow because the Yemeni state is weak. The longer the struggle to overthrow (President) Ali Abdullah Saleh goes on, the weaker (the state) becomes.

SPIEGEL: The CIA ultimately got onto bin Laden's trail because it succeeded in identifying a courier...

Riedel: ...which has always been the most effective way of going after senior al-Qaida figures. But we should not forget: (CIA Director Leon) Panetta has said they were only about 60 percent sure that bin Laden was in the compound. The president made a very gutsy call.

SPIEGEL: It would appear that important information on the couriers was derived from detainees in Guantanamo. In retrospect, does this somehow prove that the people who always defended so-called "enhanced interrogation methods" were right?

Riedel: The information we have today does not say that torture led us to bin Laden. I think the notion that you hear from some on the American right -- that these results justify torture -- is just ridiculous.

SPIEGEL: How can President Obama support democratic groups in Pakistan?

Riedel: Obama will travel to Pakistan this year. He must signal how serious he is about democracy in the country. He and the Europeans must continue economic aid. The battle for the soul of Pakistan has begun. 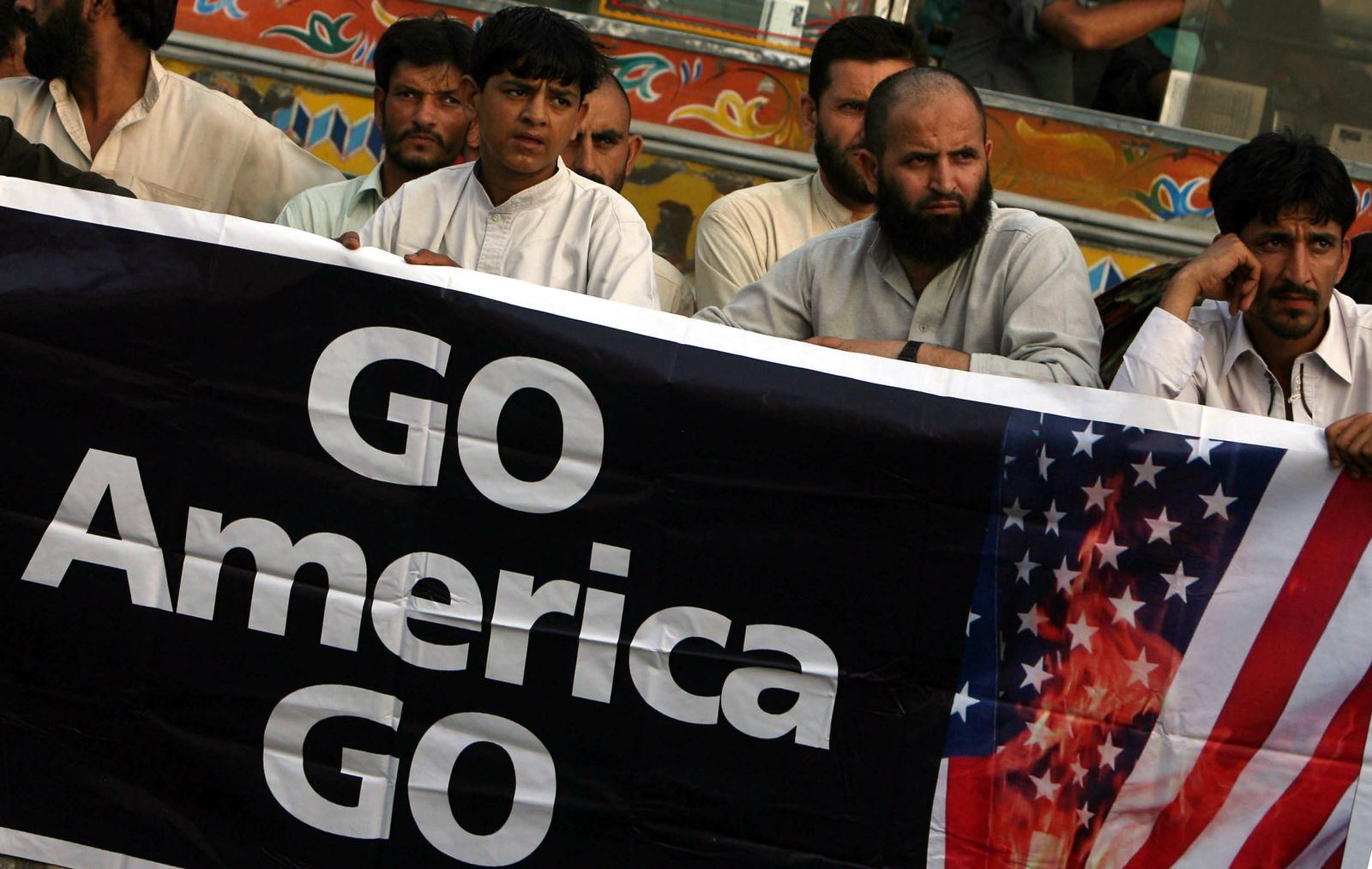 On May 6, 2011, supporters of Islamic political party Jamat-e-Islami rally in Karachi, Pakistan, to protest the US raid that killed Osama bin Laden.