In March 1989, Tim Berners-Lee, 58, established a place for himself in the history books by creating the World Wide Web. That month, the Briton, who at the time worked for the European Organization for Nuclear Research (CERN), wrote a paper titled "Information Management -- A Proposal." His research led to the development of the first Web browser and, finally, the World Wide Web. Today, Berners-Lee is a professor at the Massachussetts Institute of Technology (MIT) and the University of Southhampton in England.

Berners-Lee answered questions from SPIEGEL ONLINE in a Skype conversation on the eve of the Web's anniversary.

SPIEGEL ONLINE: You are considered to be the father of the World Wide Web. When you look at how your idea developed over time, do you view the Web more with pride, disbelief or concern?

Berners-Lee: All of the above. Certainly all the people who have been part the Word Wide Web can be very proud of what has been achieved, and especially about the spirit of collaboration behind this amazing development. That said: All that collaboration and working together is to a certain extent under threat, because the Web has become so powerful, because it has become such an important technology for everyday life and almost everything we do. Therefore there is a strong tendency for governments, big organizations and companies to try to control it.

SPIEGEL ONLINE: It isn't just China and Iran that are attempting to control the Internet and spy on its users. Intelligence agencies in the country of your birth, Britain, and the United States are acting like hackers, undermining security and even encryption standards. How big is the loss of trust, in your view, and what can be done about it?

Berners-Lee: What that has shown is the lack of oversight over the spying systems both in the United Kingdom and the US. That needs to change. We need a serious overhaul of those social systems around spying. Any country that has a part of the government or the police spying on the Internet to combat crime must demonstrate that they have a very solid level of accountability and that the information they get is never abused. The privacy of the individual must be respected and the data captured cannot be abused for commercial purposes. What's really great about Edward Snowden revelations is that they raise awareness about these problems and about the Internet and its integrity.

SPIEGEL ONLINE: Some countries and companies want to build regional safe havens for data. For example, Brazil wants to force international companies to store Brazilian customers' data on servers located inside the country. Germany's Deutsche Telekom is thinking of a Schengen Net that would keep data inside the EU. What is your take on that?

Berners-Lee: Any division or Balkanization of the Web into segments is a very bad idea. The reason we had this shoot growth of creativity on the Web that got us to where we are now, to this incredible richness, is that the Web has been a non-national, open, universal thing. It initially grew without any reference to national borders. It is only when you try to police the Internet that you need to use laws, and most sets of laws we have are nation-based. So we must be very careful to make sure the Internet remains open.

SPIEGEL ONLINE: You and others are launching a global campaign to ensure the legal protection of Web users' rights internationally. What would you include in your personal Magna Charta for the Web?

Berners-Lee: First, I would like us to have that conversation together. That is why we created webwewant.org. I want us to use this year to define the values that we as Web users are going to insist on. I would like every country to debate what that means in terms of their existing laws. In what areas must we enhance our regulations to guarantee fundamental rights on the Internet? The right to privacy must be in there, the right not to be spied on and the right not to be blocked. The commercial marketplace should be completely open. You should be able to visit any political website apart from the things that we all agree are illegal, nasty and horrible. Access to the Web is, of course, a fundamental right. As we celebrate the Web's 25th anniversary, we need to think about the fact that less than half the world's population uses the Web at all.

SPIEGEL ONLINE: How would you like to change that?

Berners-Lee: The advance of the mobile web has made the problem much easier to address. At best, a poor person in Africa will have a $10 mobile phone that still has no browser. The question now is how we can drive down the price of a basic smartphone with a browser on it. The next question is how we can we create data plans that are affordable and provide enough bandwidth to allow the user to participate in the Information Society. Then we need to them to write, share their creativity and not just read.

SPIEGEL ONLINE: You have suggested that the Web has developed quite well without national regulations. Do you see a role here for governments as well?

Berners-Lee: We started the Alliance for Affordable Internet (A4AI), which sees governments, NGOs and companies working together in order to overcome big drags.

SPIEGEL ONINE: What do you mean by "drags"?

Berners-Lee: Well, often there are seemingly "sweet deals" in which big foreign telecommunications companies offer to connect all schools for free in a certain country on the condition that they become the monopoly provider. That keeps prices high and hinders innovation. A4AI wants to make sure the regulatory landscape is good and to try to get companies to offer low start-up charges and fees for people who want to get onboard for the first time.

SPIEGEL ONLINE: Looking back 25 years, what was one of the most important milestones in the Web's development?

Berners-Lee: When I first developed the Web technology at CERN in Geneva, there was another system called Gopher. I didn't think it was as good as the Web, but it started earlier and had more users. At a certain point the University of Minnesota, which had created the Gopher system, said that in the future they would possibly charge a royalty for commercial uses. Gopher traffic immediately dropped off and people moved to the World Wide Web. CERN management then made a commitment -- I can still remember the date, April 30, 1993 -- that royalties would never be charged for using the Web. That was a very important step because it established a trend.

SPIEGEL ONLINE: So far the Web has been steered, administered and "governed" by many organizations. The US plays a dominate role through the Internet Corporation for Assigned Names and Numbers (ICANN), which manages the allocation of IP addresses and the .com and .net names of sites associated with them. Is this multistakeholder approach the right model for the next 25 years?

Berners-Lee: Nothing is perfect and every multistakeholder solution means hard work and involves a lot of communication. We need to revise how that works, but incrementally. It is also important for the US to formally let go of ICANN. But, yes, I think the solution for the future is a revised version of the existing multistakeholder model. 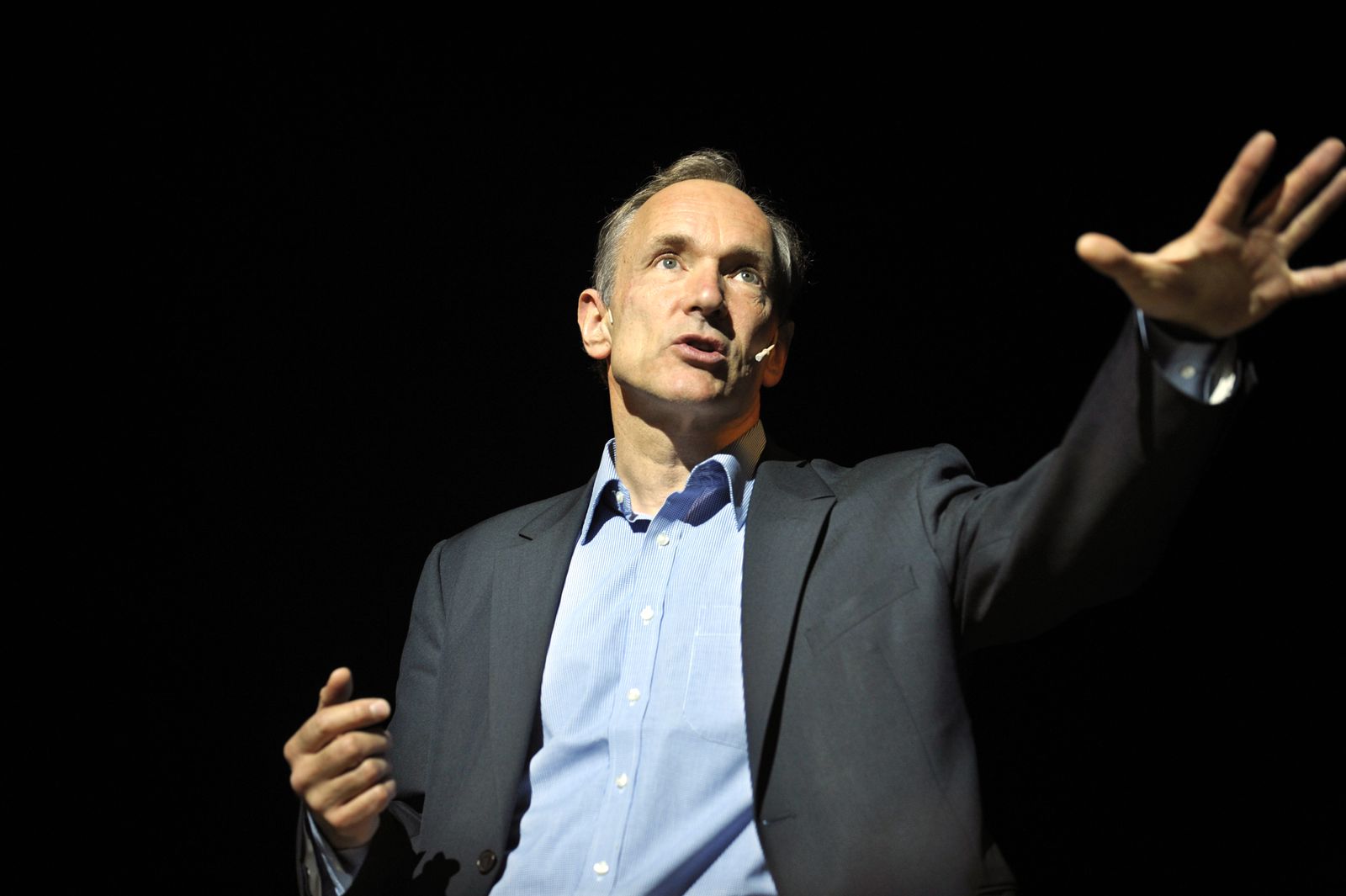 Tim Berners-Lee: "There is a strong tendency for governments, big organizations and companies to try to control the Web."