SPIEGEL: Professor Eichengreen, you have spent many years studying whether the European common currency union could collapse. Your conclusion: It would be technically possible for a member state to leave the euro zone, but that politically it is about as likely as a meteorite hitting the Eurotower in Frankfurt. Are you sticking by that assessment?

Eichengreen: Yes, but with one condition. That at their summit in March, the member states face up to some unpleasant truths. Plan A has failed. Now they have to switch to Plan B. They must stop attempting to combat the crisis in Greece and Ireland by forcing these countries to pile more debt onto their existing debts by saddling them with overpriced loans.

SPIEGEL: But at the same time, Europe is stifling any chance of growth in Greece and Ireland by forcing them to comply with harsh austerity measures. Is there any way this strategy can actually add up?

Eichengreen: The present bailout attempts have never made sense. Essentially, all Germany and France want to achieve with these measures is to protect their own banks from collapsing. Now people are beginning to realize that there is no way around rescheduling Greece's debt -- and that will also involve the banks. For this to happen, there is only one solution: Europe needs to strengthen its banks! Greece lived beyond its means, but in Ireland and Spain it is the banks that are the problem. The euro crisis is first and foremost a banking crisis.

SPIEGEL: How are governments supposed to explain to their citizens that they need to reserve yet more tax revenue for banks, this time due to loans for countries like Greece and Ireland?

Eichengreen: It will probably be easier for Chancellor Angela Merkel to persuade German taxpayers to save their own banks than to fork out billions for Greece again. Especially since, with a haircut on Greek debt and measures to strengthen banks, it should be possible to draw a line under the crisis -- and preventing it from spreading to Spain.

SPIEGEL: A look at the banks' books, though, is enough to realize that it won't be easy. They are still full of bonds from high-risk countries that have yet to be written off. And the equity base of European banks in particular remains weak.

Eichengreen: Europe's banks are in far greater danger than people realize. Most people now understand that last year's stress tests didn't tell us much. The tests were a token gesture and lacked realistic scenarios. They completely ignored the liquidity risks that banks could face. Regulators will not be allowed to get away with that this time. However, what would put my mind at rest more would be if the responsibility for carrying out the stress tests went to the European Commission. National regulators are too susceptible to pressure from the regulated.

SPIEGEL: How much money do the banks need to crisis-proof their balance sheets?

Eichengreen: As a rough estimate, I'd put the costs for recapitalizing the German and French banks at 3 percent of Franco-German gross domestic product.

Eichengreen: There are no cheap solutions. My main concern is that Europe will choose a middle path again, for example by making the interest and terms on loans to Greece and Ireland more tolerable. Europe's leaders wouldn't be wrong in doing that, but it would fall far short of what is needed to save the euro. The result would be more wasted months for Europe.

SPIEGEL: At the March summit, European leaders want to agree on closer collaboration when it comes to economic policy, including efforts to harmonize unit labor costs and retirement ages. What are your thoughts on that?

Eichengreen: Even though economic conditions in the different euro-zone members will never be exactly the same, closer collaboration does make sense. In the same year, the German economy will boom and Spain's will hardly grow. In another few years, the situation might be completely reversed. Euro-zone member states no longer have independent monetary policies that would allow them to react. So they have to adapt their fiscal policies. This in turn has an impact on the economic situation in other euro-zone countries. Euro-zone countries must try to achieve a certain level of coordination among independent states.

SPIEGEL: Despite the current crisis, the economic fundamentals in the euro zone are still stronger than those on the other side of the Atlantic. Why are bond traders scrutinizing Europe but not the US?

Eichengreen: I'm not a very good psychoanalyst, especially when it comes to Wall Street bond traders. But I worry that they will begin to distrust the US soon too. History has shown us that financial crises always happen close to elections. We have an important election coming up in 2012. If we haven't tackled our debt problem by then -- and it looks unlikely that we will -- then we will face serious problems.

SPIEGEL: US debt is currently at 90 percent of GDP, which is slightly above the European average...

Eichengreen: …which unfortunately is not the case when it comes to federal tax revenues in the US. Whereas European governments receive taxes equating to 40 percent of GDP, the figure is just 19 percent in the US. This means that, without raising taxes, we will not be in a position to balance our budget and pay back debts with interest. But because you can't talk about raising taxes in this country, the US will gamble away investors' trust.

SPIEGEL: Is there any desire in US political circles to do something about this problem? Just last December, President Barack Obama extended the Bush administration's tax cuts to 2012, even though tax cuts for the super-rich do nothing to stimulate the economy.

Eichengreen: You've answered your own question. This tax stimulus is very ineffective because it tears another hole in the budget and rich people are not inclined to spend the money that they save with the cuts. But the government has to find a way to boost the US economy -- to lower unemployment, which is at 9 percent, if nothing else. Equally important would be a clear statement from Obama and Congress about how they plan to tackle the debt problem in the medium-term. But instead of doing that, the administration and Congress have just pushed the problem further into the future -- foolishly to 2012, of all years. Believe me, it will be impossible to talk about this problem in an election year.

SPIEGEL: Are people in the US willing to save at all?

Eichengreen: We'll soon find out -- here in California. Some surtaxes are about to expire and Governor Jerry Brown proposes extending them. There's going to be a referendum on it. Californians are facing a decision that the whole of the US will soon have to make: either more taxes flow into government coffers or there will be less money available for universities, the socially disadvantaged, defense and so on. In California, we firmly believe that we lead the way for the rest of the country. It was true with surfing, and we hope it will be true with getting the country out of debt.

SPIEGEL: The European Central Bank and the US Federal Reserve are buying government bonds to support countries and stimulate their economies. Is that really a good idea?

Eichengreen: Where politicians fail, central banks increasingly have to step in. To get out of a recession, the government needs to either lower taxes or invest. But political deadlocks force central banks to get involved in monetary policy. The result is quantitative easing. Interest rates are already at zero, so the Fed is trying to stimulate the economy by buying securities. The same is happening in Europe. In serious crises like these, central banks suddenly become the only ones that can actually make anything happen. This reveals the shortcomings of politics -- and it causes problems, because the banks start doing things that their mandates don't cover.

SPIEGEL: The policy of cheap money under former Federal Reserve Chairman Alan Greenspan paved the way for the financial crisis, as did his commitment to deregulation. His successor Ben Bernanke is flooding the market with money. How credible is the Fed these days?

Eichengreen: The Fed's record over the past decade has been patchy, to put it politely. In the period before the crisis hit, the Fed was a complete failure as a regulator. It didn't see the risks. But when it came to fighting the crisis, it made the right choices and worked hard.

SPIEGEL: China owns 20 percent of US government bonds held abroad. Can you imagine Beijing ever using this economic power for political gain?

Eichengreen: It would be very expensive for the Chinese. The amount of US government bonds that China owns is large, even compared to its own economic power. If China were to sell that many government bonds, the price would fall and the country would have to accept heavy losses. The conflict with the US would have to be very serious indeed to elicit such a reaction from the Chinese. If they do opt for a large-scale sell-off of US government bonds, it will be for a much more mundane reason: fear that the US is losing control of its finances.

SPIEGEL: Your prediction that the dollar's days as the international reserve currency are numbered has seriously alarmed US citizens. Which currency is going to pick up where the dollar leaves off: the euro or the yuan?

Eichengreen: That very much depends on how far we look into the future. The Chinese will need 10 years to internationalize their currency to the point that it offers central banks and investors an attractive alternative to the dollar. Europe also has major challenges to surmount before the euro can really rival the dollar. But I think it will succeed much quicker than in China. The euro could be ready in five years. On that, I'm an optimist.

SPIEGEL: Professor Eichengreen, thank you very much for taking the time to speak with us. 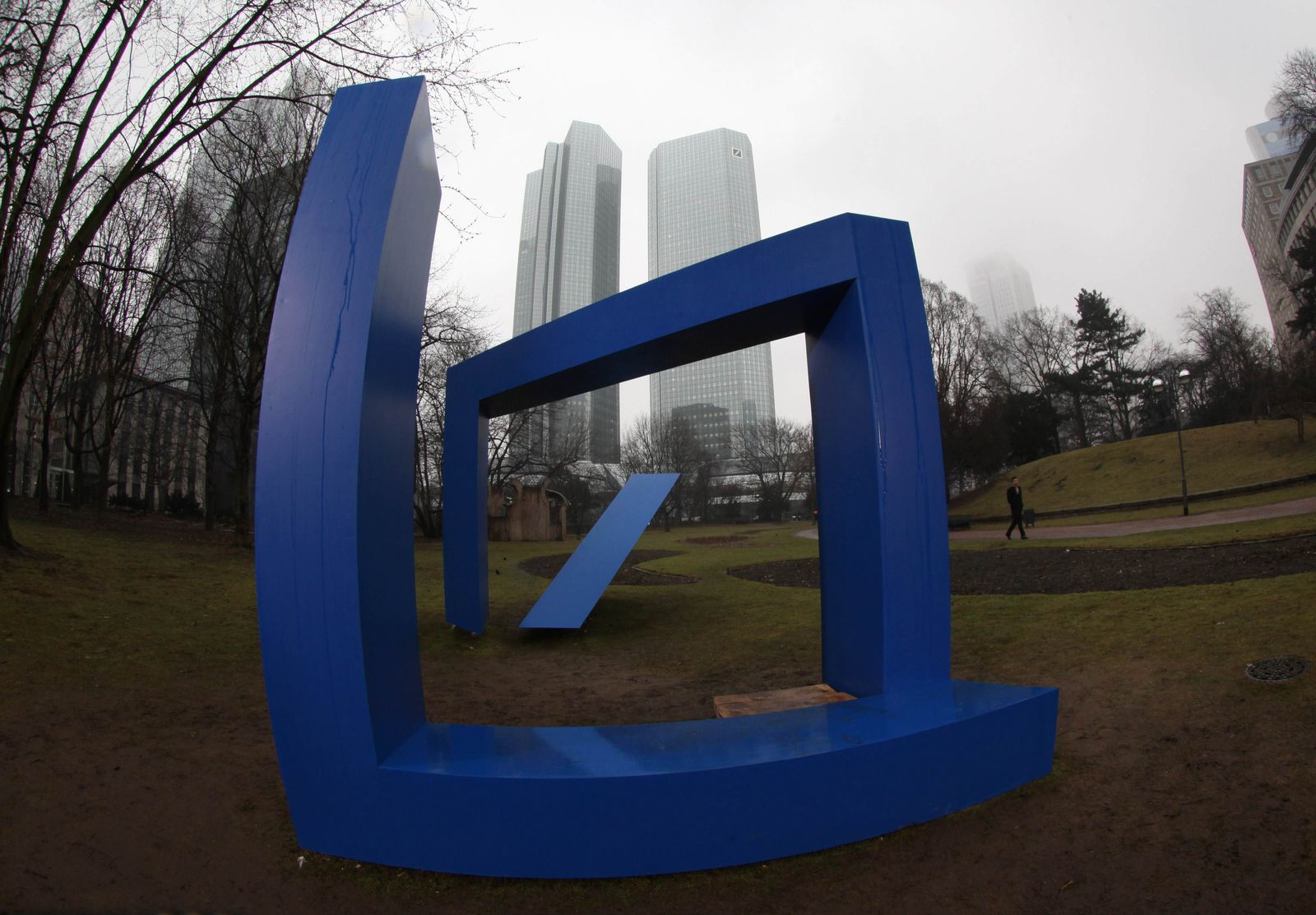 Economics expert Barry Eichengreen says it is time for European politicians to recapitalize the Continent's banks.