In Europe, the debate over the planned Transatlantic Trade and Investment Partnership (TTIP) is raging. Germany's center-left Social Democratic Party (SPD) is distancing itself from TTIP, and France's government no longer believes that the talks with the Americans can end successfully, but the European Commission in Brussels wants to continue with negotiations.

This past weekend, SPD politician and German Vice Chancellor Sigmar Gabriel told public broadcaster ZDF that "the negotiations with the US have failed in practice, because as Europeans, of course, we cannot subjugate ourselves to the American demands." He added: "Nothing is moving forward there." He claimed that in 14 rounds of negotiations, the negotiators hadn't been able to agree in any of the 27 subject areas. German Chancellor Angela Merkel, a member of the center-right Christian Democratic Union, countered Gabriel, saying through her spokesman that "it is right to keep negotiating."

Now US Trade Representative Michael Froman is stepping into the fray personally. The man Barack Obama assigned to handle TTIP is surprised about how the discussion is going in Europe. He disagrees with the view that the US is being uncompromising in negotiations. He lists his government's proposals and rebukes Gabriel for his diagnosis: "You don't measure progress by how many chapters have been finalized but on whether the two sides are finding solutions across the board." He also makes an appeal to Europe: Precisely in times of crisis -- and especially after Brexit -- it is important to send a signal of cohesion.

SPIEGEL: According to German Vice Chancellor and Economics Minister Sigmar Gabriel, the TTIP trade deal between the European Union and the United States has collapsed. What went wrong?

Froman: I don't share Minister Gabriel's perspective. The reactions from the Chancellery and the European Commission suggest they don't either. In a trade negotiation, nothing is agreed to until everything is agreed to. You don't measure progress by how many chapters have been finalized but on whether the two sides are finding solutions across the board.

SPIEGEL: But on many issues, the Europeans and the US are still far from an agreement.

Froman: We have made good progress in the negotiations, including at the most recent round in July, and back in the US, we have worked through the summer to identify pathways to address the priorities of both sides. I look forward to continuing this effort when I meet with EU Trade Commissioner Malmström on September 15.

SPIEGEL: Where exactly do you see progress in the negotiations?

Froman: Progress accelerated this year. We have already agreed to eliminate 97 percent of tariffs -- far higher than the endpoint of many trade agreements -- and continue to negotiate toward the goal of tariff elimination.

SPIEGEL: Tariffs are one thing, common standards are another. Parts of the German and the French government do not believe that the US and Europe will ever be on the same page on that.

Froman: We have agreed to make regulatory approaches more transparent and collaborative to ensure that our regulators can work together efficiently while maintaining high standards on health, safety, environmental, labor and other regulations. We have identified actions in specific sectors, such as autos and pharmaceuticals, to enhance consumer welfare. We have agreed that TTIP should not interfere with the regulation of public services or drive privatization. And we have agreed that we will have strong labor and environmental obligations and that we will work together to raise those standards around the world. These are just a few examples of what TTIP is all about, all of which will raise global standards while improving people's lives through increased growth and job opportunities.

SPIEGEL: Both sides originally wanted to close the deal by the end of the year. It is almost September now. Isn't time simply running out?

Froman: Time is short. But with the proper political resolve to move the negotiations forward, we believe we can still achieve our objective of completing a high-standard agreement this year.

SPIEGEL: Gabriel believes very much in the CETA trade agreement between the EU and Canada, which is currently awaiting EU approval. He argues that the rules for investment protection in CETA are much more transparent than those the American side wants to include in TTIP. Where do you stand on that issue?

Froman: CETA looks like a strong agreement. TTIP will also be a strong agreement. We have many of the same transparency provisions. We have also proposed a number of additional reforms to ISDS (investor-state dispute settlement, an instrument that allows investors to initiate dispute-settlement processes against countries) including: making sure that investors can't hop back and forth between local courts and international arbitration; shortening the period for bringing ISDS claims; and narrowing the types of claims that can be brought and increasing the burden of proof. We have also proposed for TTIP to include strong labor and environmental obligations -- enforceable by trade sanctions, which gives those obligations real teeth. More generally, TTIP's opportunity for German exporters speaks for itself. Given the size of the US economy, even a 1 percent increase in German exports to the US would dwarf the gains of other agreements. In government procurement, for example, the opportunity German firms have in the United States is 10 times larger than in Canada.

SPIEGEL: Has Brexit affected the US position on TTIP? How attractive is TTIP without Britain being part of it?

Froman: We are very much committed to TTIP. Of course, the UK is a significant economy that makes up a quarter of American exports to the EU, more than 50 percent of our exports in certain sectors and over 25 percent of the government procurement opportunities we have in Europe. Brexit reduces the size of the TTIP deal for the United States, and there will need to be an adjustment of expectations accordingly, but Brexit underscores the value of reaching an agreement at this critical moment in the evolution of Europe.

SPIEGEL: In what respect? 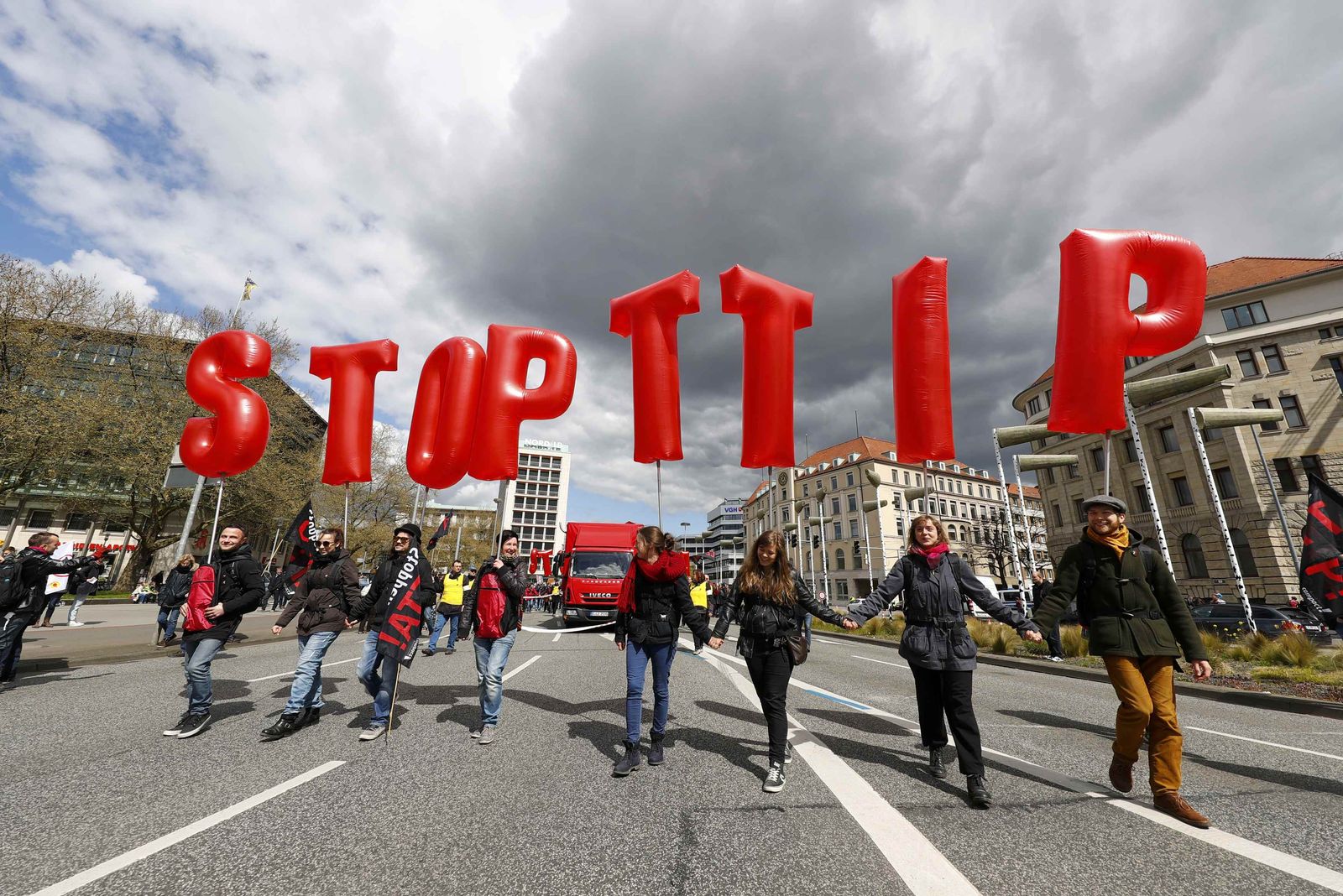 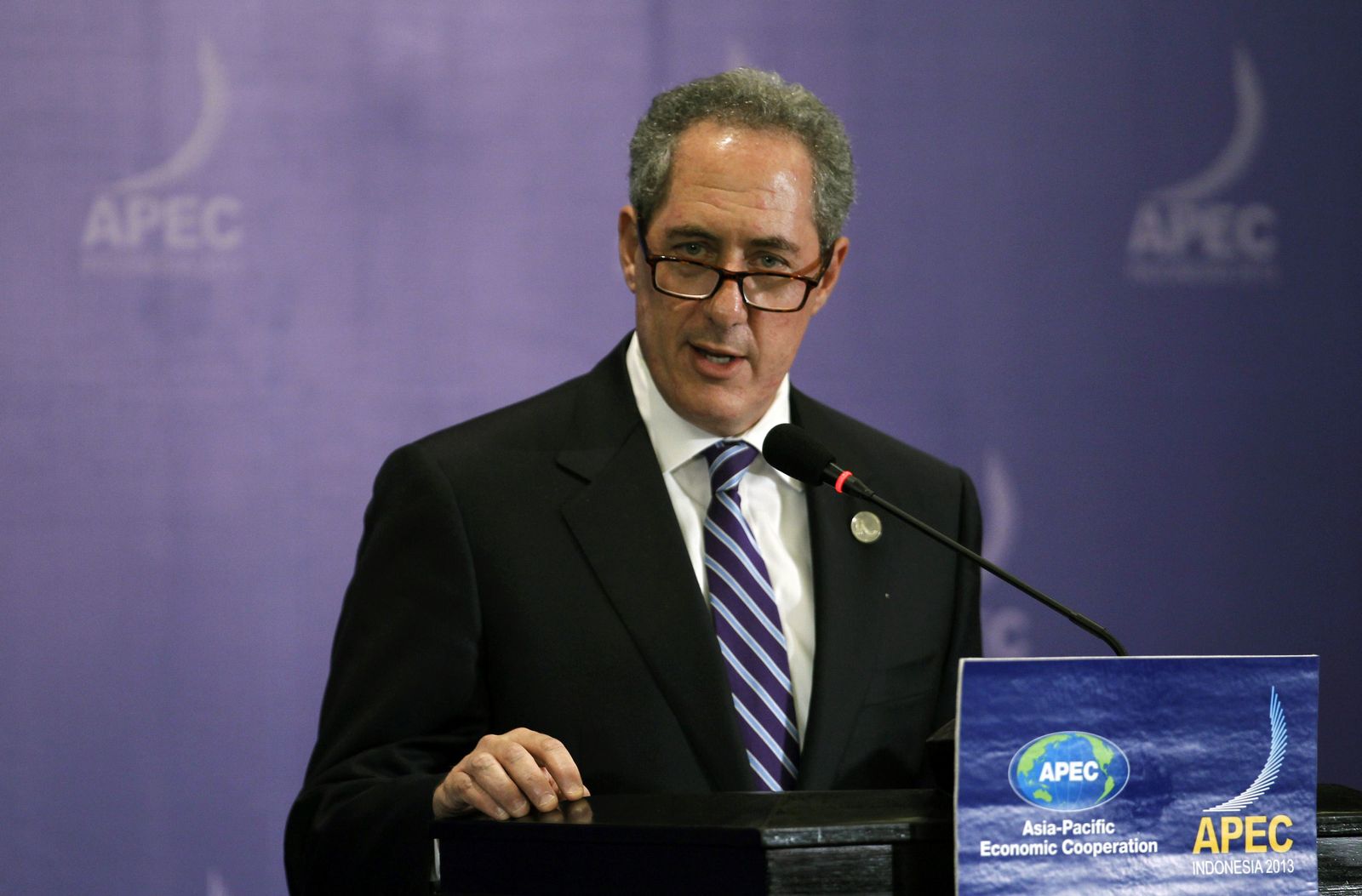 US Trade Representative Michael Froman: "We are very much committed to TTIP."