SPIEGEL ONLINE: You're the initiator of World Public Forum "Dialogue of Civilizations." What is the current state of relations between Russia and the West?

Vladimir Yakunin: We're on a dead-end road. At the same time, we face many common problems. The world order as we once knew it is breaking into pieces. During the Cold War, we at times found ourselves on the brink of nuclear war. The balance of terror ensured a kind of stability -- we were able to avoid a major war. But today's world is no less dangerous, as the conflict along the Syrian-Turkish border shows.

SPIEGEL ONLINE: What needs to be done?

Yakunin: A war must be avoided at all costs. Russia is against any type of use of external force. We say that particularly in regards to Syria. We also said that in the run-up to the Iraq invasion in 2003 -- at the time together with Germany and France. Today we know that talk of weapons of mass destruction was only used as a pretext, an American lie told at the highest level of state and presented before the United Nations.

SPIEGEL ONLINE: Isn't Russia's support for Syria based on the fact that the country is a traditional partner of the Kremlin?

Yakunin: It is based on the fact that Russia has good knowledge of the Middle East. We think that Assad is still supported by a majority of the population. And we know that Assad's opponents are being armed from abroad.

SPIEGEL ONLINE: An airplane that was en route from Moscow to Damascus believed to be carrying military equipment was just forced to land in Turkey. And Assad is fighting his opponents with helicopters and heavy artillery he has obtained from Russia. Is that not true?

Yakunin: You shouldn't equate the two. Russia has delivered weapons -- and this happened on the basis of long existing contracts -- to the legitimate, internationally recognized government of Syria. But what the West wants is regime change, the toppling of this government. I have no concrete knowledge about the aircraft incident in Turkey.

SPIEGEL ONLINE: Are you not concerned about the human rights violations committed by the Assad regime?

Yakunin: The democratization of the Middle East, as propagated by the West, leads to an increase in the influence of Islamists, who had previously been confined to the margins of society.

SPIEGEL ONLINE: But it was years of oppression that allowed the Islamists to become such a large force in the first place.

Yakunin: But that doesn't justify external attacks. In the minds of many Western politicians, military interventions and air strikes appear to have become legitimate policy tools since the NATO attacks on Yugoslavia during the 1990s. That's how they intend to bring everyone into line who don't share the Western view of democratization of society and the liberalization of the economy. The co-founder of our Dialogue of Civilizations, Indian philosopher Jagdish Karpur, who died two years ago, speaks of a consumerism that some states clearly want to impose by force of arms. But there is no future for that kind of globalization.

SPIEGEL ONLINE: He was insinuating that recent wars were waged primarily over economic interests. Would you deny, however, that former leader Libyan leader Muammar Gadhafi, for example, was a brutal tryant?

Yakunin: ... one with whom France or Italy had long had the best of relations. The West has a double standard. Look at Saudi Arabia -- is that really a wonderful democracy in the Western sense? But silence prevails because the country is an important ally of the West. The West wants to draw a new world map, but it doesn't even recognize that by doing so it has creating circumstances that are already turning against it.

SPIEGEL ONLINE: The people in some Middle Eastern countries had grown weary of their leaders.

Yakunin: But they don't want to be dominated by the West. The Soviet Union attempted to export communism to the entire world. We know what came of that. Now the West is trying to export democracy, including to regions where there is no traditional foundation for it. That cannot end well. But when Russia calls for moderation and negotiations, we are criticized as well. Russia and the West are drifting apart.

SPIEGEL ONLINE: There are, however, common goals, like the fight against terrorism. And the "restart" in relations with Russia announced by US President Barack Obama resulted in a nuclear disarmament treaty. Why do you believe a new crisis in East-West relations is brewing?

Yakunin: NATO isn't even interested in our proposals for a joint missile defense -- instead NATO is going it alone on our borders. Or take a look at the scandal surrounding Pussy Riot. One might get the impression that the West has no greater problems right now than this shameless appearance by a few delinquent brats in the church.

SPIEGEL ONLINE: The outrage was mostly directed at the severity of the two-year sentences. Do you think it was fair?

Yakunin: I can assure you that the majority of our people are in complete agreement with it. The truth is that more people are in support of tougher sentence than for a milder one.

SPIEGEL ONLINE: You're an orthodox Christian. Is love and forgiveness not the core teaching of Christianity?

Yakunin: Forgiveness also calls for regret. I don't see any signs of that with the women. To the contrary, their fellow campaigners are planning further actions.

SPIEGEL ONLINE: In recent months, the Russian parliament has passed a number of new laws that limit civil rights and the freedom of protest. Do you consider this to be the correct path?

Yakunin: What right does the West have to constantly criticize Russia? There are a few things about the West that I don't like either. But I am not constantly pointing my finger and criticizing things that are a country's internal affairs. 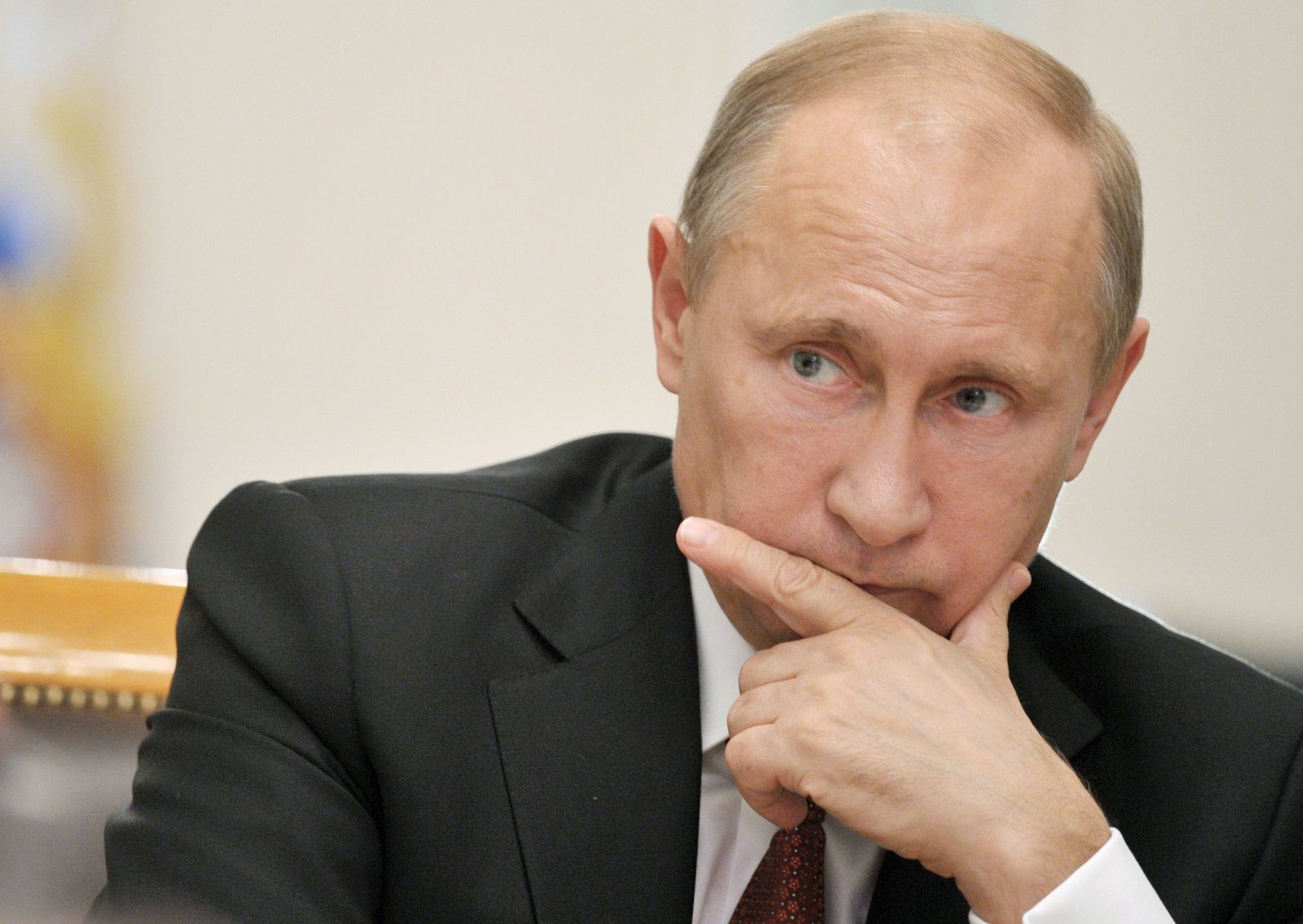 Political confidant of President Vladimir Putin (pictured here): "We think that Assad is still supported by a majority of the population."