Russia wants to expand its arsenal of intercontinental rockets. The US intends to base heavy weaponry in Eastern European NATO member states. In addition, Washington is considering new atomic cruise missiles for Europe in response to Russia's alleged violation of an arms reduction treaty. The Ukraine crisis is threatening to spread.

In an interview with SPIEGEL ONLINE, Zbigniew Brzezinski, who was US President Jimmy Carter's national security advisor from 1977 to 1981, talks about the new Cold War. Now 87, Brzezinski works for the Center for Strategic and International Studies (CSIS) in Washington D.C.

SPIEGEL ONLINE: Mr. Brzezinski, are we seeing the beginning of a new Cold War between Russia and the US?

Brzezinski: We are already in a Cold War. Whether it will become hot is fortunately still less than likely.

SPIEGEL ONLINE: The last Cold War lasted more than 40 years. Will it last that long this time around?

Brzezinski: I don't think so. Things move much more rapidly. Pressures from the outside are more felt internally. If this continues, and if Ukraine doesn't collapse, domestic pressures in Russia will force whoever is in charge to explore alternatives. Hopefully, Putin is smart enough to know that it's better to explore alternatives ahead of time and not too late.

SPIEGEL ONLINE: Is he smart enough?

Brzezinski: That's very hard to say. He has what's called "smarts" in American, which is a kind of instinctive smartness. He has a real sophistication. I wonder why he's almost deliberately antagonizing more than 40 million people in a country next door which, until very recently, were not driven by any hostility towards Russia.

SPIEGEL ONLINE: Do you think it is right for the US to send heavy weaponry to Eastern Europe and the Baltic states?

Brzezinski: Do you think it is right to send troops and weapons into a sovereign country and start up a limited war after having seized a larger portion of it?

SPIEGEL ONLINE: You are talking about Russia's actions in Ukraine.

Brzezinski: You have to see both sides. It's a question of action and reaction. I don't want a war, but I'm not going to be intimidated by the argument that if we respond symmetrically to unilateral actions by the other side, it is us who is somehow provocative and precipitating a war. On the contrary. Not doing so is the most likely way of precipitating a war.

SPIEGEL ONLINE: But isn't NATO playing into the hand of Putin's anti-Western propaganda?

Brzezinski: You mean NATO is not allowed to put troops on the territory of its member states when something potentially dangerous is happening nearby?

SPIEGEL ONLINE: The question is whether it is politically wise because of the boost it could provide him domestically.

Brzezinski: That's exactly the argument that one could have made about a restraint reaction when Hitler invaded the Sudetenland, or with the Anschluss of Austria.

SPIEGEL ONLINE: Are you comparing Putin with Hitler?

Brzezinski: I think there are some similarities, but also some differences. Hitler was never particularly interested in personally making a lot of money. Putin has a side interest in making a lot of money, and that introduces a somewhat different perspective in life and one in which may perhaps be stabilizing and tempering down passions. But what is particularly dangerous is that he is a gambler.

SPIEGEL ONLINE: Let's imagine a scenario where Russia invades the Baltics. Would NATO go to war?

Brzezinski: If he goes into the Baltic states by invasion, of course. That's the point of NATO, isn't it? We can't say to the world: "We don't mean what we are saying. We'll not do anything if you do anything"? That's a little bit like hanging out a sign on the front door of your home reading: "We are away, the doors are not locked." Do you think that would be a smart security strategy?

SPIEGEL ONLINE: According to a recent survey by the Pew Research Center, 58 percent of the German population doesn't believe that Germany should use military force to defend a NATO ally if attacked by Russia.

Brzezinski: I've seen that. What percentage of the Germans would say that, if Germany was attacked, the United States should not protect it?

SPIEGEL ONLINE: Probably, the majority would say the US should help.

Brzezinski: Well, of course. That's human nature. That's why I don't worry too much about these things because human nature changes as circumstances change. Look at the Lithuanians, that tiny, little country. They have just announced that they are going to defend themselves, period. That should put Germany to shame. In fact, I believe Germany would fight. I think Ms. Merkel would fight. And the opposition would fight.

SPIEGEL ONLINE: in the Ukraine conflict, President Barack Obama has let German Chancellor Merkel take the lead. Is that a good move?

Brzezinski: I think Chancellor Merkel is doing an extremely good job. Obama also has some other problems, such as the Middle East.

SPIEGEL ONLINE: Merkel believes that sending weapons to Ukraine is the wrong way to go. She doesn't believe that there is a military solution to the crisis. What do you think?

Brzezinski: We should make it more costly for the Russians to use force. I think it makes sense to give defensive weapons to the Ukrainians, like mortars and anti-tank rockets, for the defense of major cities. If you want to take over a large country, you have to take the big cities. And taking big cities is extremely expensive if people are willing to defend it.

SPIEGEL ONLINE: Do you see a potential solution to the crisis that could avoid further escalation?

Brzezinski: I do believe that the final outcome of this crisis should be reached on the basis of an accommodation, and that the fundamental framework for such an accommodation is the application to Ukraine of the same arrangements that have provided for stability and peace for a number of decades now between Russia and Finland. Ukraine should be free to choose its political identity, its political philosophy, and institutionalize it by closer links with Europe. But at the same time, Russia should be assured credibly that Ukraine will not become a member of NATO. I still think this is the formula for a solution.

SPIEGEL ONLINE: We've learned a lot about NSA in recent years. When you were national security advisor, did the NSA eavesdrop on German Chancellor Helmut Schmidt?

Brzezinski: I have a sense of responsibility to my former position, and therefore, I'm not going to discuss it. 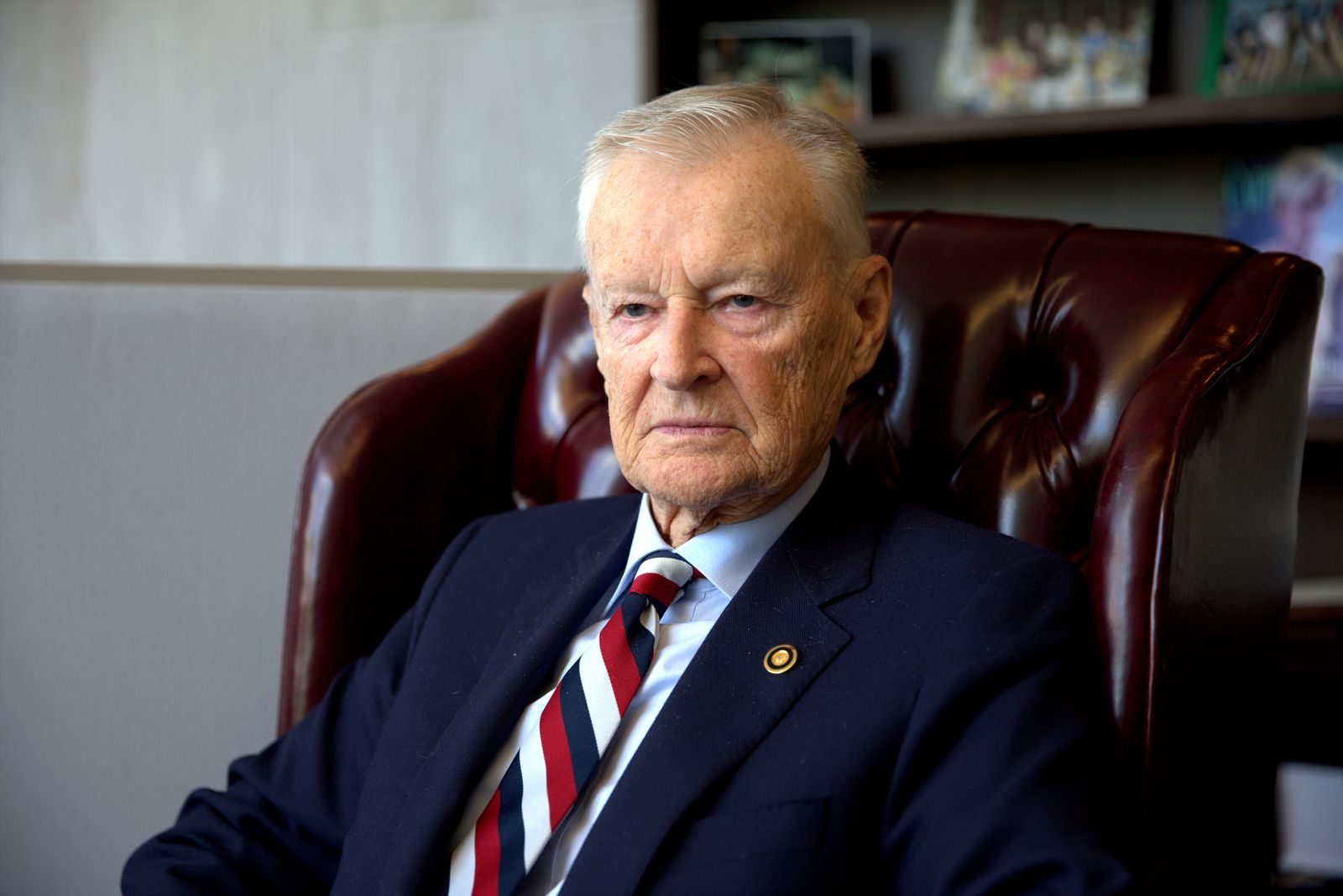