Western tensions with Iran are escalating once again, but will the West take action this time? The United States, France, German Chancellor Angela Merkel and her foreign minister, Guido Westerwelle, are all demanding that the "pressure" on Iran be ratcheted up. It's time for new sanctions, they say, to force Iran to come around in the dispute over its nuclear program. If forced, they say they are even prepared to take action independently of the United Nations Security Council, where China has been hard-nosed in its refusal to agree to further punitive measures against the regime in Tehran.

The threats, though, have left Iran cold. Indeed, Tehran hasn't even bothered to respond. Instead the country is starting to enrich its own uranium.

Iranian indifference to the possibility of sanctions has long been a pattern. Last year, the international community set a deadline for Iran to come to the table for serious negotiations over its nuclear program. But the regime of President Mahmoud Ahmadinejad allowed every ultimatum to expire, and each time he came away without so much as a scratch.

The Iranians' tactics are always the same. First, they give the impression they are going to make concessions. But then they just continue as before. Without a military option, which the West has repeatedly ruled out, Iran feels safe. And the Islamic Republic is likewise not at all concerned about economic sanctions -- a sentiment, say Iran observers, that is not only justified, but backed by decades of experience.

A History of Unsuccessful Sanctions

The US imposed the first ever sanctions against the newly created Islamic Republic of Iran in 1979 after revolutionaries occupied the US embassy in Tehran. In 1995, Washington expanded its measures to include a complete economic embargo. In 2006, the UN Security Council imposed the first sanctions pertaining to the Iranian nuclear program, which were then expanded again in 2007 and 2008. UN member states are prohibited from selling or delivering supplies to Iran that could be used in its nuclear program.

In addition, trade with the state-owned Bank Sepah and other suspected organizations on a UN blacklist is "restricted" and the sale of large weapons systems to Tehran is forbidden. In 2008, the European Union moved to freeze the assets of Iran's largest bank, Melli Bank, and issued a travel ban on Iranian nuclear and missile technology experts.

But such reprisals made little difference then and have just as little effect today. At least that's the opinion of Djavad Salehi-Isfahani, a guest scholar at the respected Washington, D.C.-based Brookings Institution, who wrote a position paper on the efficacy of Iranian sanctions in September. Salehi-Isfahani argued that the Iranian economy is indeed weak, but the problem is a product of the international financial crisis rather than the boycott.

In 2007, he wrote, Iran had a growth rate of 7 percent, and per capita incomes have doubled over the past 10 years. Basic services like water and electricity have been extended to over 95 percent of the population. Health care and education have improved and the size of the middle class has doubled. The economy didn't begin to shrink until the global economic crisis took hold in Iran in 2008, bringing with it a 20 percent drop in income in rural areas and a 10 percent decline in urban areas.

Salehi-Isfahani wrote that it was a "further misreading of Iran" to believe, as many proponents of sanctions do, that the rising poverty and economic stagnation drove people into the streets of Tehran last summer. "The sharp economic decline in 2008 no doubt contributed to dissatisfaction," he wrote. "But for the most part, what was on display in Tehran after the disputed elections was more the fruits of improvements in living standards than economic decline."

"The case for sanctions as an effective foreign policy tool is strongest when the country in question is brimming with internal political tensions caused by years of stagnation or decline in living standards, which sanctions can intensify to bring about the desired policy shift by the country's rulers," he continued. "This is not the situation in Iran."

The latest effort to tighten the screws on Iran under discussion is a possible ban on gasoline deliveries. The country may be the world's fourth-largest oil producer, but it has to cover 40 percent of its fuel needs through imports because it lacks refineries to process crude oil. Trita Parsi, president of the National Iranian American Council, believes a gasoline boycott is impractical because it would require a sea-based blockade to be effective -- and the measure would also require a Security Council resolution. Recently, Chinese Foreign Minister Yang Jiechi reiterated that Beijing, a permanent member of the Security Council, is not prepared to go along with additional punitive measures against Iran.

The biggest problem with existing and future sanctions remains the ability to enforce them. Even if a consensus could be reached on tougher measures, observers fear they would have little impact. In the event of a gasoline embargo, "there will be enough middlemen for Iran to carry on as normal," Olivier Jakob, managing director of Swiss oil consultant Petromatrix told business news agency Bloomberg.

One recent example underscores the difficulty of enforcing sanctions. A Dutch airline was taken to court in the United States because it had been delivering American airplane technology and replacement parts to Iranian customers for years. The transactions were disguised because orders were made to a European firm which then placed orders on their behalf. The goods would then be delivered to Dubai. From there, the freight would be transported on to Iran.

Officials in Washington are all too familiar with the fact that the Iranians have become masterful at navigating their way around trade restrictions. Secretary of State Hillary Clinton recently conceded that the US economic embargo against Iran is less than airtight, describing sanctions were "leaky." 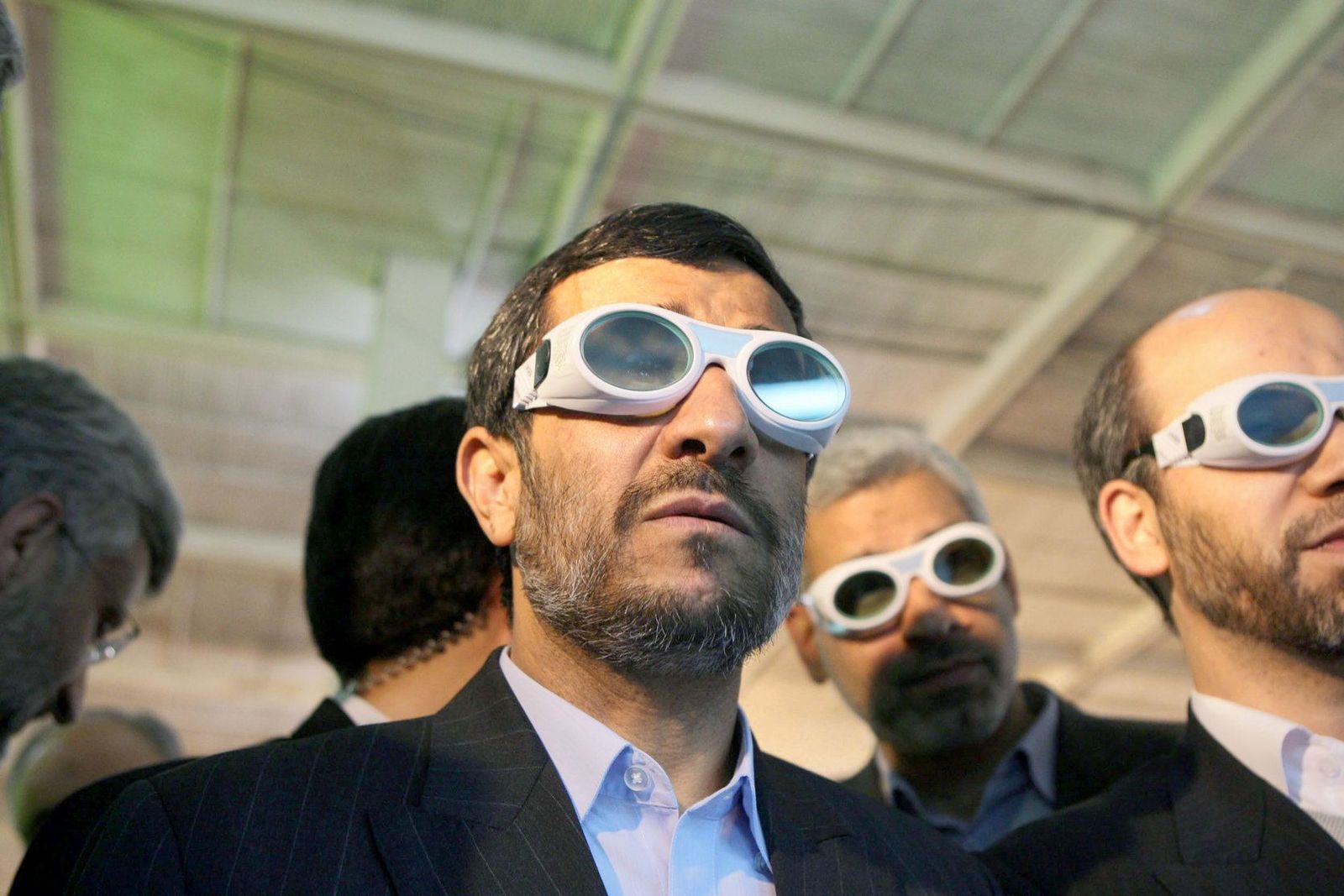 Iranian President Ahmadinejad has little reason to fear the impact of Western sanctions. Instead he is pushing ahead with uranium enrichment efforts.