SPIEGEL ONLINE: US Secretary of State Hillary Rodham Clinton recently said that, as the Revolutionary Guards gain more and more power, Iran is moving toward a "military dictatorship." Do you share her dim view?

Karim Sadjadpour: Iran certainly resembles a military dictatorship more than it does an Islamic republic. However, I wouldn't argue that the Revolutionary Guards (IRGC) have supplanted Supreme Leader Ali Khamenei or President Mahmoud Ahmadinejad. I think both men have spearheaded Iran's transition to military dictatorship. Khamenei is the IRGC's commander-in-chief; he handpicks their top commanders and changes them frequently. Up until now, I haven't seen any evidence of the IRGC's being disloyal to him. 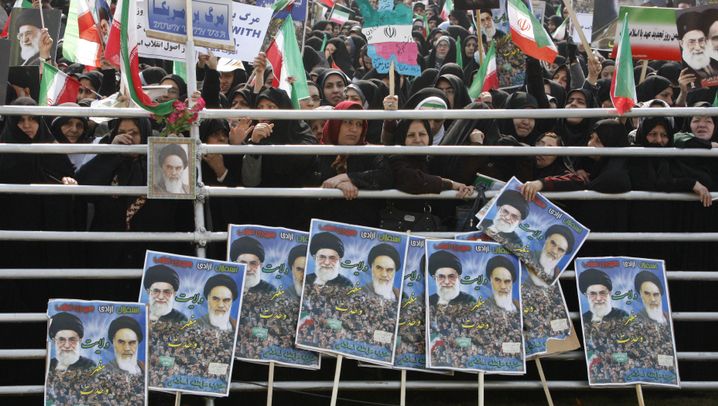 Photo Gallery: Where Have All The Protesters Gone?

SPIEGEL ONLINE: Isn't Clinton's statement actually also an expression of frustration from within the Obama administration? After all, after one year of US "engagement," no progress has been made.

Sadjadpour: Not on the nuclear issue. But Iran's unwillingness to reciprocate US efforts has exposed Tehran as the intransigent actor in this equation -- not Washington. The American and European position has never been more cohesive and, in private conversations, even Russian and Chinese diplomats acknowledge this. More importantly, the Iranian government is in the middle of its greatest existential crisis since the 1979 revolution. US engagement played an important role in accentuating Iran's deep internal divides, both among political elites and between the population and the regime.

SPIEGEL ONLINE: The US will now apparently focus on "targeted sanctions," such as restricting the business activities of the Revolutionary Guards. Are these steps based on the insight that "crippling sanctions" would not get any support from Russia and/or China?

Sadjadpour: China and Russia are still instinctively opposed to the concept of sanctions, but Iranian intransigence has put them in a bind. My own view has always been that UN Security Council sanctions are more politically significant than they are economically -- to project international unity and make it more difficult for Iran to frame this as a struggle between Islam and the West.

SPIEGEL ONLINE: Won't China ultimately conclude that tougher sanctions would be better for their own country? After all, if there is a military strike on Tehran, oil prices will spike worldwide. That would be costly for China, which is so dependent on foreign energy.

Sadjadpour: I think China will ultimately conclude that the potential costs of supporting diluted sanctions at the United Nations Security Council are less than the potential costs of being the lone holdout. Also, Tehran could not easily retaliate by cutting its commercial and political ties with Beijing. They have put themselves in a position in which they're incredibly dependent on China.

SPIEGEL ONLINE: From the perspective of the Obama administration, are tougher sanctions also an attempt to silence people in the United States who are advocating even more aggressive measures, such as a military strike?

Sadjadpour: As long as Iran's internal opposition continues to agitate, there is less of a likelihood of a military strike. But if, by 2011, the opposition movement has faded, and Iran is defiantly moving forward -- toward a weapons capability -- the likelihood of such a strike goes up significantly. Unfortunately.

SPIEGEL ONLINE: Do you think the Americans will consider more comprehensive sanctions, such as restrictions on petrol? Could any of those bring the current Iranian regime back to the negotiating table?

Sadjadpour: Despite pressure from Congress, I don't think the Obama administration will pursue more comprehensive sanctions in the near term. It's one thing to bring Iran to the negotiating table and another thing to compel them to make meaningful, binding compromises that allay concerns about their nuclear ambitions. I think the former is very possible, but the latter is very unlikely. Sanctions will hurt the Iranian leaders, but they will not alter their nuclear calculations. The country is being run by a group of hardliners who are very good at escalating and very bad at de-escalating.

SPIEGEL ONLINE: Would more comprehensive sanctions help or hurt the opposition -- or Green Movement -- within Iran?

Sadjadpour: More comprehensive sanctions that hurt the Iranian people would be counterproductive for the Green Movement. I think it's paramount that we do no harm, and sanctions on petrol have unpredictable consequences. While I question the notion that sanctions will rally people around the government -- that hasn't been the case the last few decades in which sanctions have been in place -- -it's also true that Iran is going to be facing major economic challenges in the coming months. More comprehensive sanctions could offer Ahmadinejad a pretext for his disastrous management of the economy.

SPIEGEL ONLINE: Were you disappointed with the rather low opposition turnout on the anniversary of the Islamic revolution last week? Can that be seen as a victory for the regime?

Sadjadpour: I don't think we really have a complete picture of what happened during the anniversary. Private videos I've seen, as well as Google Earth images, seem to suggest that the government significantly exaggerated the size and enthusiasm of their crowds. However, I believe it was a tactical mistake by the opposition to build expectations too high. They know they're running a marathon, not a sprint, and the regime had weeks of preparation in order to fill the square with their loyalists and violently prevent opposition supporters from attending. By being too optimistic, the opposition unnecessarily dampened morale among their supporters. 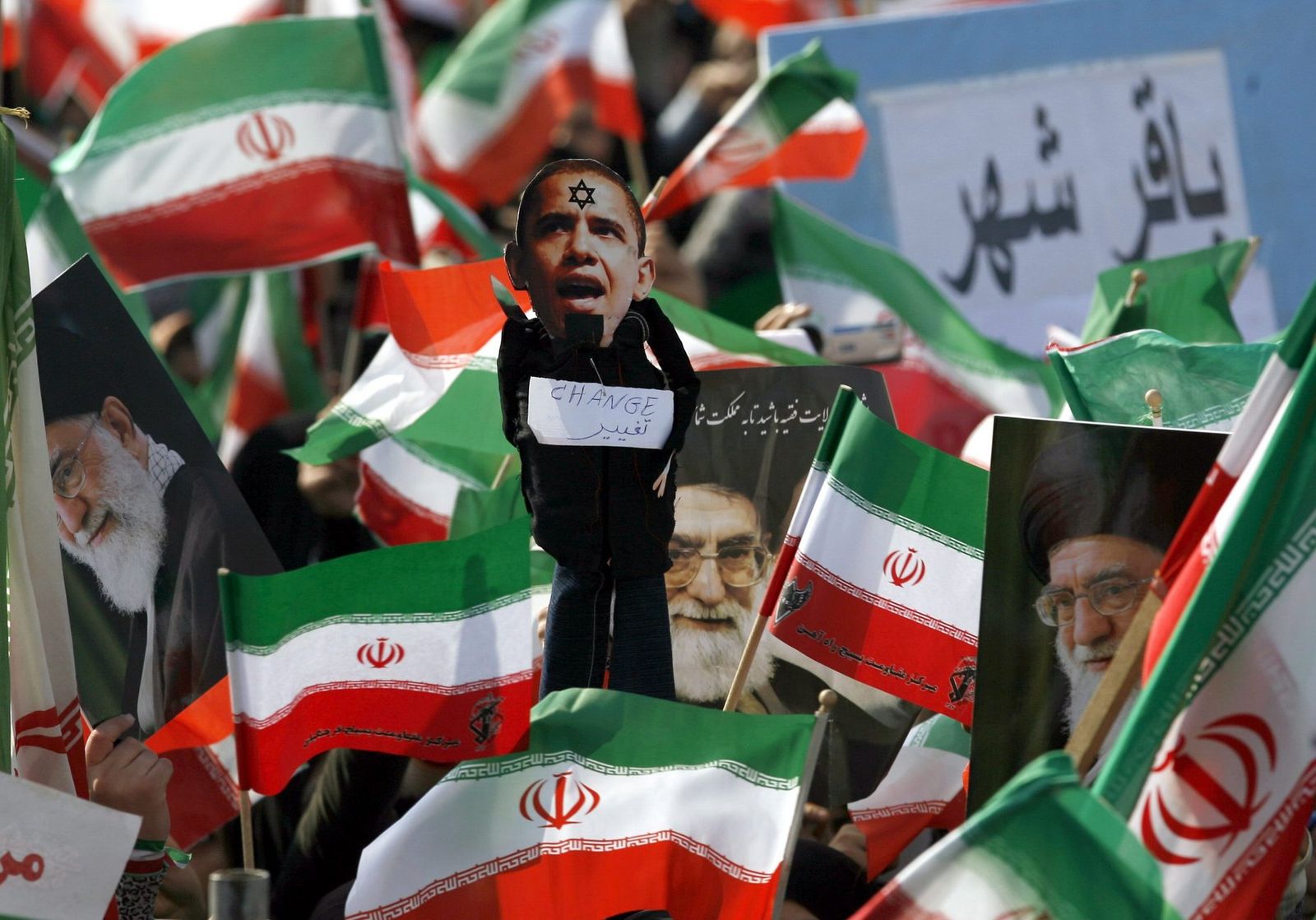 A caricature of US President Barack Obama is held aloft at celebrations marking the 31st anniversary of the 1979 Islamic revolution in Tehran, Iran, in early February.

Foto: Abedin Taherkenareh/ dpa
15 Bilder Photo Gallery: Where Have All The Protesters Gone? 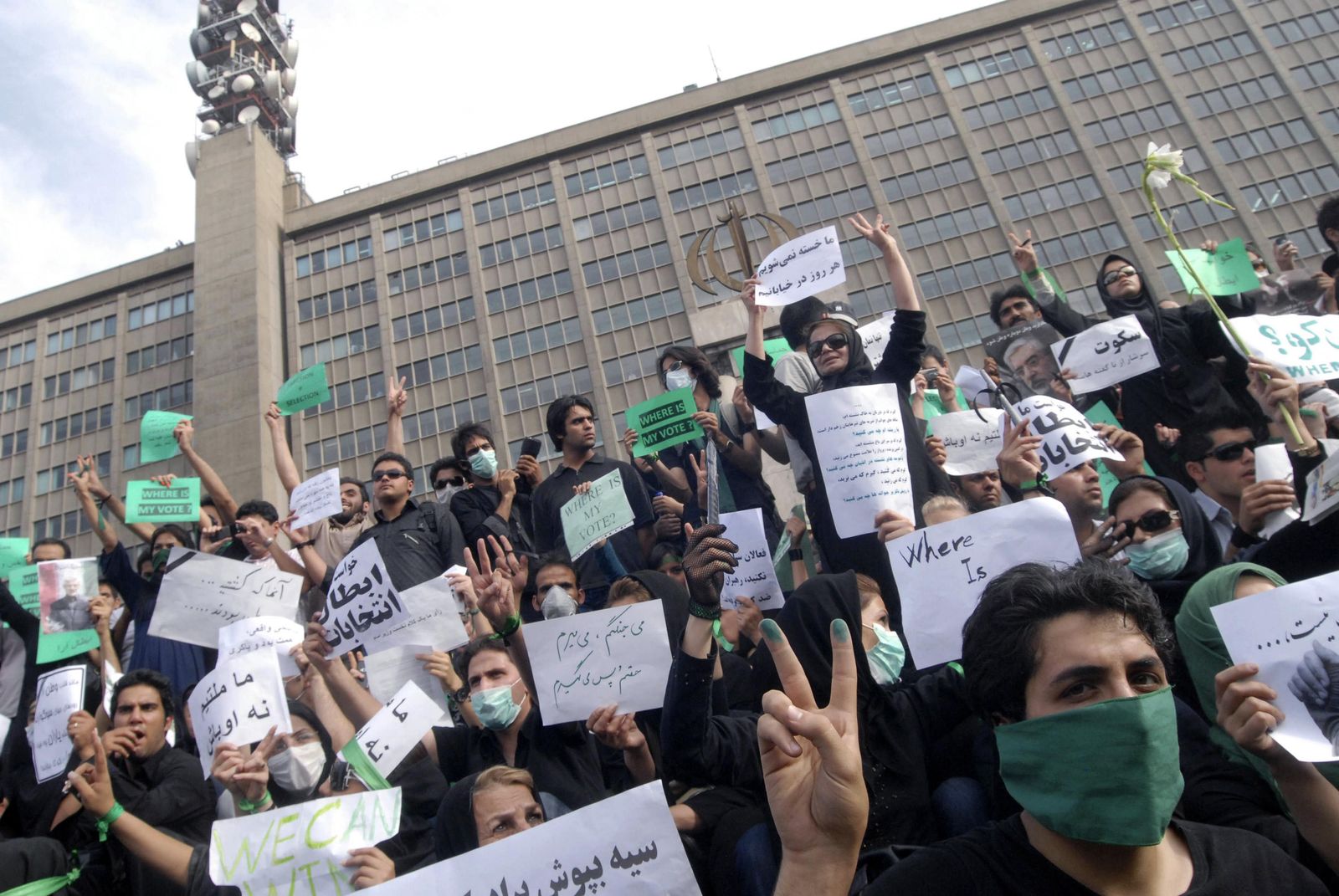 Foreign media were subject to Iranian restrictions during the celebrations. Almost the only opposition pictures that surfaced in February were older pictures, like this one from 2009. The climate is a lot more dangerous for protesters in Iran now. 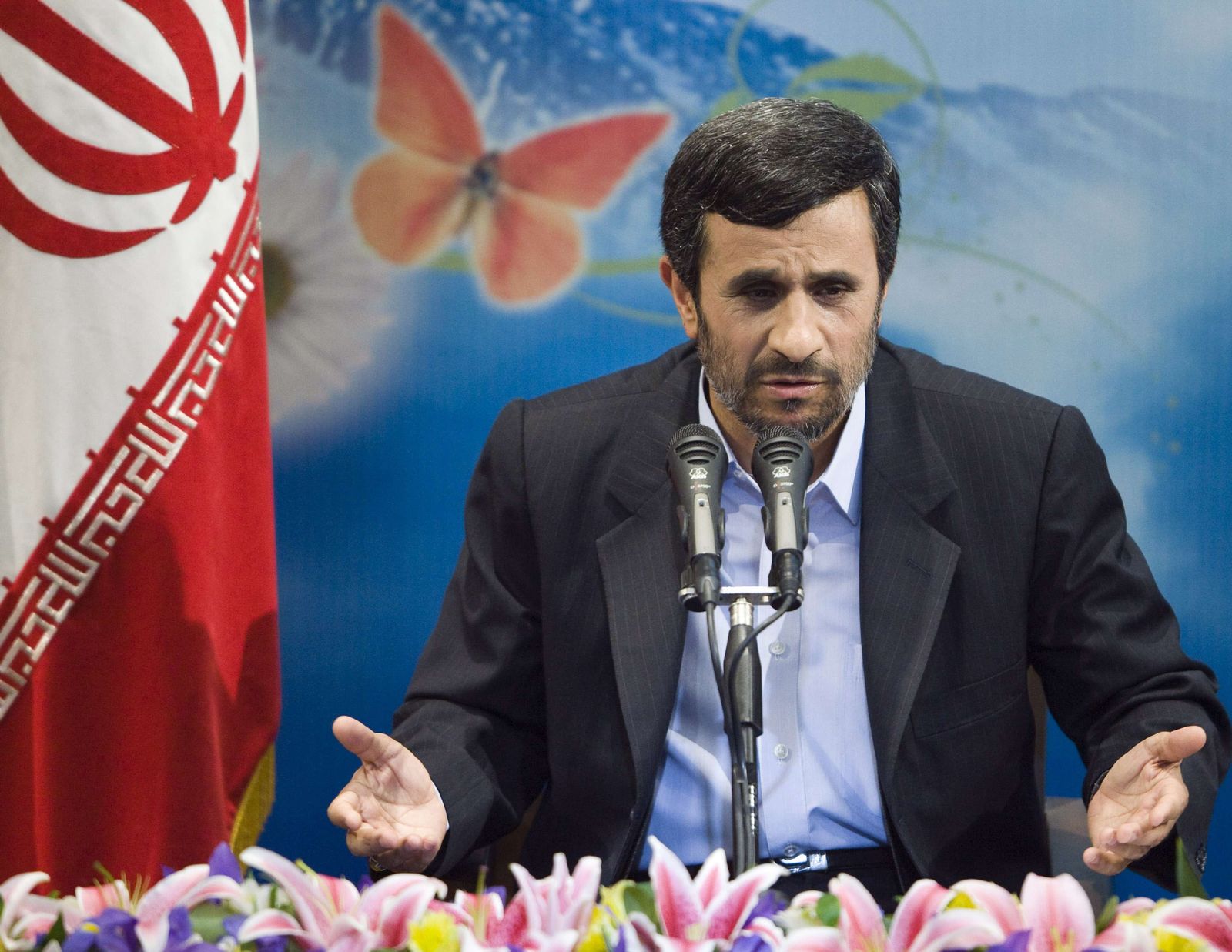 Iranian President Mahmoud Ahmadinejad speaks during a news conference in Tehran. After more than a year of trying to engage positively with Iran, the first rumblings of serious discontent about Iranian intransigence have been heard from within the Obama administration, with Secretary of State Hillary Clinton's describing the country as a budding "military dictatorship."