Nothing -- not even Syria's arsenal of chemical weapons -- is a source of such deep concern for the West and Israel as Iran's nuclear facilities, such as Natanz, Isfahan and Fordo. The installation at Fordo, not far from the holy city of Qom, is viewed as a particularly grave threat.

Researchers working underground there are using 696 centrifuges to enrich uranium to 20 percent. Afterwards, it only takes a relatively small step to create the material required to build nuclear bombs. Fordo, which didn't go into operation until late 2011, is reportedly the most modern plant in the Iranian nuclear program which -- despite all denials from Tehran -- the world believes is designed to give the Islamic Republic the ultimate weapon. What's more, Fordo is believed to be virtually indestructible. Even bunker-buster bombs would hardly be powerful enough to disable the facility -- the enrichment cascades lie 70 meters (230 feet) under the surface.

But the long-smoldering nuclear dispute with Tehran may be about to take a sensational turn. SPIEGEL has learned from intelligence sources that Iran's new president, Hassan Rohani, is reportedly prepared to decommission the Fordo enrichment plant and allow international inspectors to monitor the removal of the centrifuges. In return, he could demand that the United States and Europe rescind their sanctions against the Islamic Republic, lift the ban on Iranian oil exports and allow the country's central bank to do international business again.

Rohani reportedly intends to announce the details of the offer, perhaps already during his speech before the United Nations General Assembly at the end of the month. His foreign minister, Mohammad Javad Zarif, will meet Catherine Ashton, the European Union's top diplomat, in New York next Sunday and give her a rough outline of the deal. If he were to make such wide-ranging concessions, President Rohani would initiate a negotiating process that could conceivably even lead to a resumption of bilateral diplomatic relations with Washington.

Other developments seem promising as well. On Monday, Iran's new nuclear energy chief Ali Akbar Salehi reportedly told the UN's International Atomic Energy Agency's (IAEA) member states that the country was ready to "enhance and expand" cooperation. Additionally, US President Barack Obama revealed on Sunday in an interview with broadcaster ABC that he and Rohani had exchanged letters, though he did not discuss the content of their correspondence. Some media sources have suggested that this could pave the way for leaders of the two countries to meet for the first time since Iran's 1979 revolution.

Rohani, who has only been in office since early August, is walking a fine line. He risks losing support at home if he fails to show concrete concessions from the other side in exchange for each of his compromises. Furthermore, he cannot afford to call into question his country's fundamental right to enrich uranium -- a right that Iran's supreme leader, Ayatollah Ali Khamenei, insists on and, indeed, Rohani himself has always defended in his former role as a nuclear negotiator. Nevertheless, the powerful, radical Revolutionary Guards would probably brand him as a traitor if it came to that. They see Rohani, who studied in Qom and Glasgow, as too cosmopolitan and therefore view him with suspicion.

It was probably not until Rohani was sworn into office that he learned the full extent of his country's disastrous economic situation and now sees the need to take action. According to intelligence sources, the economic data is much worse than Tehran has been willing to admit. Iran can reportedly only avoid a national bankruptcy if the international sanctions are lifted and new money flows into the country. The purchasing power of the national currency has drastically dwindled in 2013. During the first four months of 2013 alone, inflation rose by 40 percent compared to the same period the previous year. The banks are debt-ridden and millions of private households can no longer meet their financial responsibilities. Iranian industry is also in the red, and car production has plummeted by 50 percent.

Devil in the Details

Rohani is aware of the miserable living conditions of the vast majority of his constituents, and he relies on their backing. Above all, he needs Khamenei's support -- but he will only be able to retain this as long as he manages to significantly improve the economic situation, and thus also achieve political stabilization. Speaking in an interview on Iranian TV last Tuesday, Rohani did his best to ward off any potential criticism when he spoke of the "flexibility and the courageous steps that the (supreme) leader also supports."

The president has cleverly appointed trusted individuals to key positions, above all his Foreign Minister Mohammad Javad Zarif, who studied international law in Denver, Colorado, served as a UN ambassador and has a reputation as a pragmatist. In addition to entrusting him with the Foreign Ministry, he has made him responsible for the nuclear negotiations which, until recently, were in the hands of a hardliner faction.

When it comes to a possible deal, though, the devil is in the details: Who would monitor the dismantling of the centrifuges? Will the 185 kilos (408 pounds) of enriched material that has been produced so far -- three-quarters of what is needed to produce a nuclear warhead -- be placed under supervision? And how will it even be transported? What will happen with the heavy water reactor at Arak, which is expected to become operational in 2014 and begin producing plutonium that can also be used to build nuclear bombs? Friends and foes alike agree that the Iranians are master tacticians. 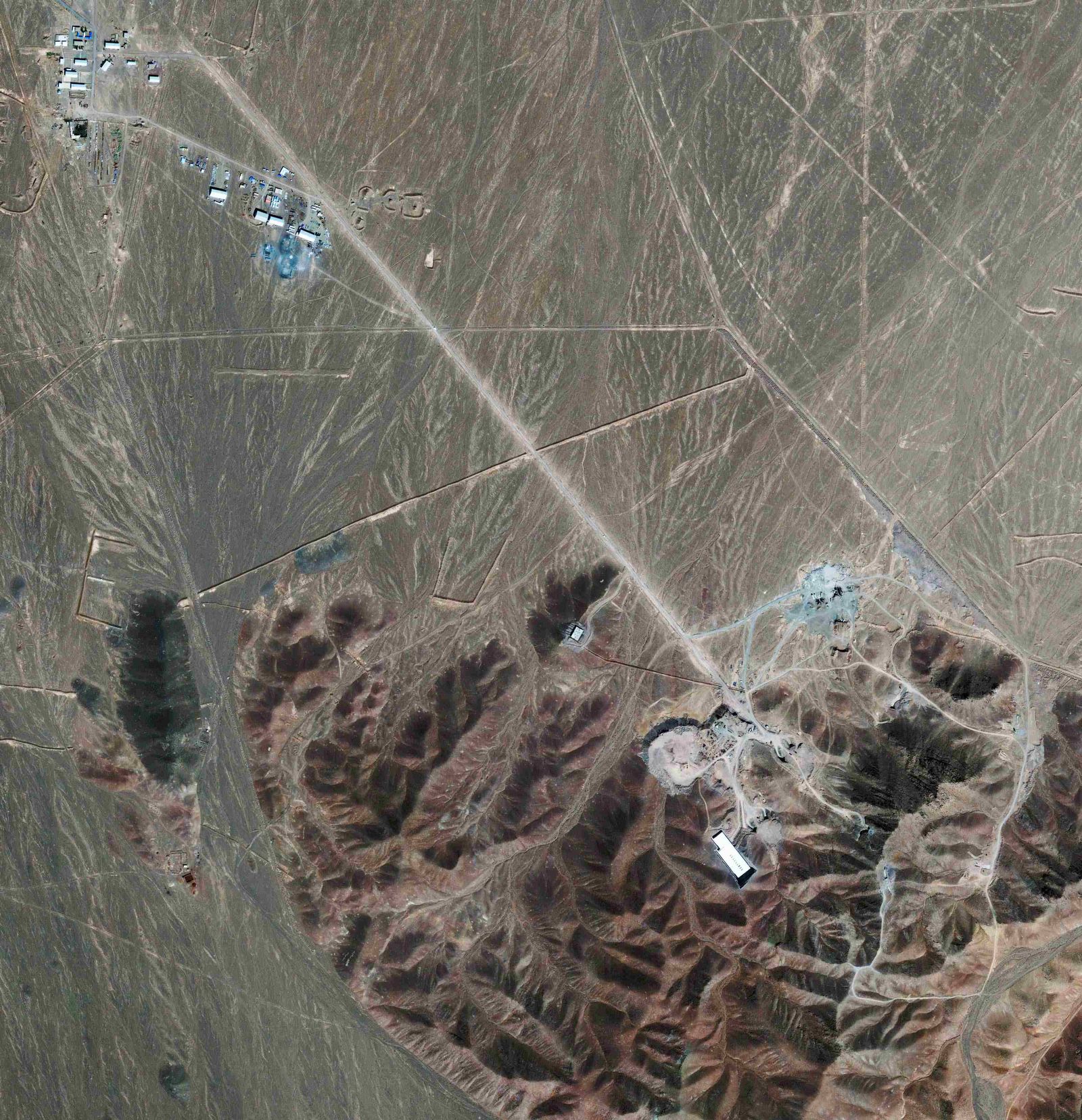 Iran's nuclear fuel facility near Qom in a satellite image.