DER SPIEGEL: President Hassam Rohani recently threatened that Iran's nuclear program could be resuscitated within hours if the United States were to impose new sanctions. How serious is this warning?

Salehi: We are continuously assessing if this agreement benefits us, or if the price is too high to stay in the deal. If the United States pulls out of the agreement, but the rest of the countries stay committed -- namely Britain, France, Germany, China, Russia -- then Iran would most probably stick with the commitments to the agreement without the U.S. But if the U.S. leaves the treaty and Europe follows, then this deal will certainly collapse and Iran will go back to what it was before and, technically speaking, to a much higher level. As a person who has taken part in these negotiations, I wouldn't like to see that happen.

DER SPIEGEL: So far, President Rohani has not been able to deliver many economic successes, largely because the U.S. is pushing Western banks not to work with Iran. How do you intend to surmount this challenge?

Salehi: The U.S. is trying to poison the business environment. It discourages big banks and companies from working with Iran. It is fearmongering. But in reality they cannot accomplish much. There is a lot of rhetoric, yes. If the U.S. turns those words into real action, we will then have to face a very different situation.

DER SPIEGEL: What does this mean?

Salehi: If the U.S. is refusing to waive the sanctions connected to the nuclear activities of Iran, it would be significant noncompliance on their side.

DER SPIEGEL: If the U.S. quits and others follow, Iran would go back to developing its nuclear program, but also to a nontransparent, black-market economy. It would once again be isolated and in a constant struggle with the Western powers.

Salehi: That is almost true. As I said, if the nuclear agreement is breached, economically we would face some difficulties, but politically we would be gaining. We would tell our youth, don't trust them anymore, we tried once and showed flexibility to reach a nuclear agreement. The International Atomic Energy Agency has acknowledged our full compliance with this treaty, but the Americans broke the deal. Don't forget, the isolation which was imposed on us also brought us together as a nation and forced us to stand on our own feet. In addition, in the field of scientific achievement we have made it to the top of the list. I think our partners in this treaty have more to lose than we do.

Salehi: If the nuclear agreement collapses, there will be no chance for a settlement of North Korea's nuclear issue. Pyongyang would say, well, they broke the nuclear deal with Tehran, how can we trust them? It would also undermine the integrity of the Nuclear Non-Proliferation Treaty. There will be a tsunami of outrage coming from all countries interested in developing peaceful nuclear technology.

DER SPIEGEL: As you know, the problem with Iran wasn't the peaceful use of nuclear technology, but rather the aspirations to build an atomic bomb. Some weeks ago, Iran tested a new ballistic missile. Is this wise timing amid growing tensions?

Salehi: If the U.S. considers this an issue, then it is their problem. Nowhere in the nuclear agreement does it say that Iran does not have the right to develop its missile capacity. We are exercising our rights and it is the other side that is trying to interpret this as a provocative act. Every day for the last 38 years, we've dealt with the U.S. or other countries issuing different accusations against Iran. One day we are not "democratic enough," the next day it is about "human rights" or "false elections.

DER SPIEGEL: Isn't there some truth in that?

Salehi: There are countries in the region which have no elections at all, nor basic rights for their citizens -- where, for example, women can't even drive. But because they are in the political orbit of the West, especially the U.S., they are being left alone.

Salehi: From what I have gathered, the U.S. is in a state of confusion. Even the European allies of the U.S. do not know which strategy President Trump is pursuing. This confusion is not directed against us alone, but it has negatively impacted the U.S. administration's governance and its allies in the region. For example, recently Qatar.

DER SPIEGEL: Although the emirate is home to the U.S.'s most-important military base in the Persian Gulf, Donald Trump allowed a Saudi Arabia-led group of states to isolate Qatar.

Salehi: Suddenly you wake up and you find out that Qatar has been cut off from the military alliance of the Gulf States, the Gulf Cooperation Council. I really can't say that Qatar was a friend. In the case of Syria and in other regional conflicts it has always been on the other side. But now we are providing them with access to airspace, access to the sea and roads, because we are their only outlet. True political practice requires wisdom and a rational approach. That is why we are making these concessions to Qatar.

DER SPIEGEL: This could make Saudi Arabia's leaders even more furious. They already see themselves as surrounded by Iran.

Salehi: I lived in Saudi Arabia for four years, I know many of their officials. We always had our different views, but also enjoyed a relatively good relationship in different domains, such as economics, trade and tourism -- visitors from Iran going to Saudi Arabia and vice versa. The Iranians do not have any designs on the land or the wealth of others. We have our own ample gas and oil, and vast land.

DER SPIEGEL: Despite that, the relationship between Riyadh and Tehran appears to be broken.

Salehi: After King Abdullah passed away and the new king took on his role, the relationship deteriorated swiftly. Mostly because of the preposterous illusion that Iran has surrounded them. Under this illusion, they want to conquer Yemen to create an opening, but they just dug themselves into a deeper hole and don't know how to get out again.

The article you are reading originally appeared in German in issue 37/2017 (September 9th, 2017) of DER SPIEGEL.

DER SPIEGEL: It doesn't look like Iran is willing to do much to help them to out of this situation.

Salehi: As our officials have stated, we are ready and willing to help. But Saudi Arabia needs to come to understand the realities on the ground, and I think they will eventually change course and even come to the realization that Iran can be a good, trusted friend. When I took on my responsibility as foreign minister seven years ago, Saudi Arabia and Turkey had been my first priority. Together with Iran, these three countries can bring security and stability to the region. I personally would very much like to see our relationship with Saudi Arabia be back to what it was before and even better.

DER SPIEGEL: Why do you think so few of your political counterparts believe you?

Salehi: Look at it rationally: If we have a good relationship with Saudi Arabia, we benefit on many levels, economically and in trade, because our lifeline is the Persian Gulf. How can we secure the situation in the Persian Gulf? Only if these countries come together in mutual agreement. 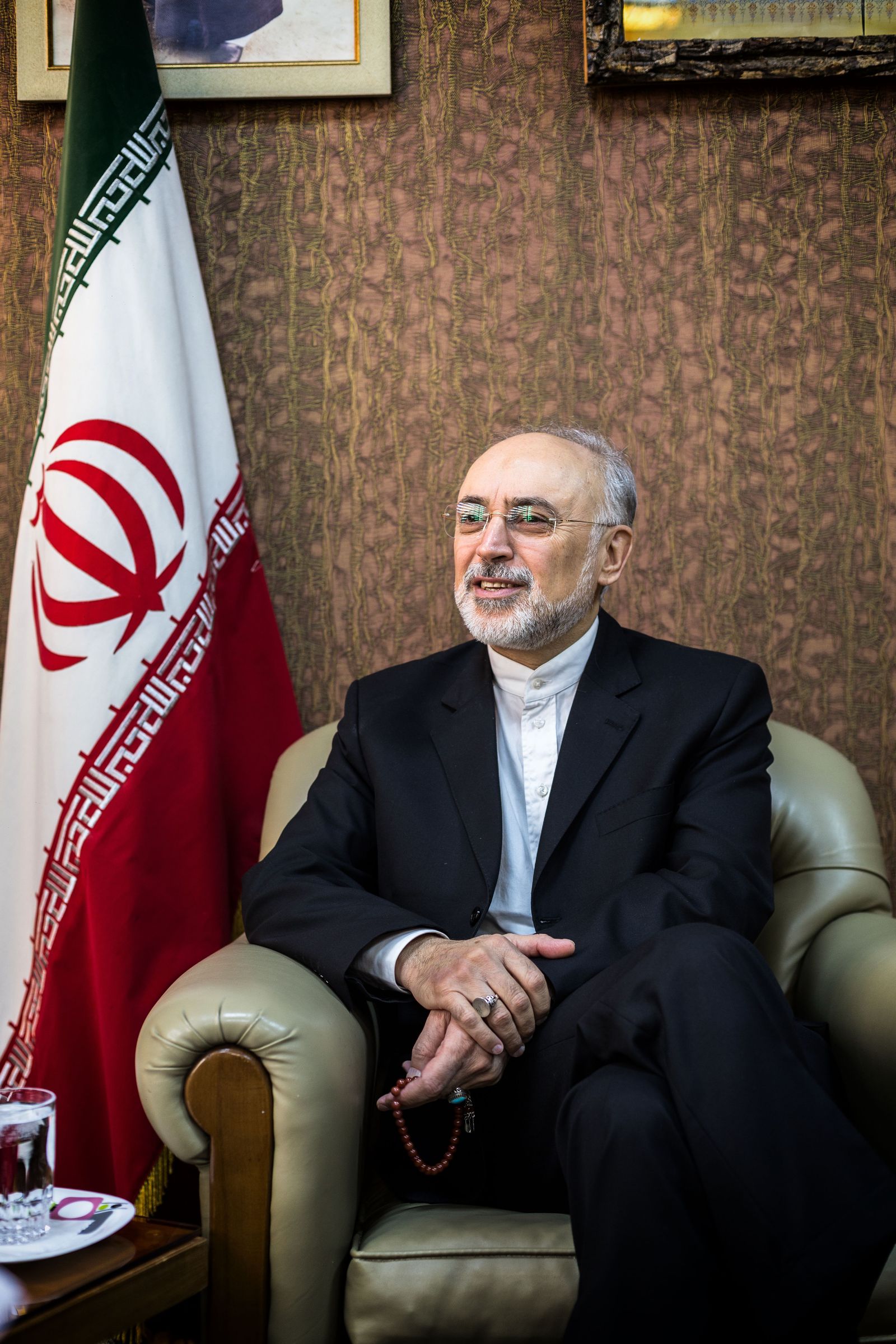