If there is a man who brings together all the fears of the West, it is General Mohammed Ali Jafari, commander of the Iranian Revolutionary Guards.

Hardened by torture in the prisons of the former Shah, Jafari was among the students who stormed the US Embassy in Tehran on Nov. 4, 1979. He later fought in the Iran-Iraq War, and in 2007 Jafari, who has a degree in architecture, assumed command of the Revolutionary Guards, also known as the Pasdaran. The group, founded by revolutionary leader Ayatollah Ruhollah Khamenei to defend the Islamic regime, has since developed into a state within the state.

Today the Pasdaran control several companies and are likely a more effective military force than the regular army. Of the 21 ministers in the Iranian cabinet, 13 have completed Pasdaran training. Within this group of hardliners, Jafari, 55, is seen being particularly unyielding. In 2009, for example, he declared that Iran would fire missiles at Israel's nuclear research center in Dimona if the Israelis attacked Iran's nuclear facilities -- knowing full well that such an attack would result in several thousand deaths on both sides.

Now Jafari and his supporters are allegedly preparing new potential horrors. Western intelligence agencies have acquired a plan marked "top secret" and code-named "Murky Water." Together with Ali Fadawi, an admiral in the Pasdaran, Jafari is thought to have proposed a senseless act of sabotage: to intentionally cause an environmental catastrophe in the Strait of Hormuz.

The goal of the plan seems to be that of contaminating the strait so as to temporarily close the important shipping route for international oil tankers, thereby "punishing" the Arab countries that are hostile to Iran and forcing the West to join Iran in a large-scale cleanup operation -- one that might require the temporary suspension of sanctions against Tehran.

Western intelligence experts speculate that Jafari's planned operation is an expression of growing frustration. Contrary to claims made by Iranian Foreign Minister Ali Akbar Salehi in an interview with SPIEGEL last week, the embargo imposed on Tehran is causing far more than "discomfort." Iran derives more than 50 percent of its government revenue from oil exports, which declined from about 2.4 million barrels a day in July 2011 to about 1 million barrels in July 2012. But Iran has only cut back production by less than a quarter, because of the technical complexity and expense involved in temporarily capping wells.

Iran can hardly sell its oil because of the embargo. Even countries that don't feel bound to uphold the sanctions are shying away from deals, because no one wants to insure the oil shipments. The storage tanks on the Iranian mainland have been full for some time, and there are no neighboring countries to which Tehran's leaders would entrust their treasure. For weeks now, tankers have been carrying 40 million barrels of oil through the Gulf around the clock.

Most of the giant 15 VLCC supertankers and five smaller Suezmax ships, sailing under the Iranian flag, have switched off their automatic identification system. This makes it more difficult for foreign spies to detect them, but it also increases the risk of accidents. Countries bordering the Gulf have apparently complained to Tehran about the risky practice several times.

Jafari's plan allegedly describes in detail how a massive environmental catastrophe could be created if, for example, the Iranians were to steer one of these supertankers onto a rock. During the 1991 Gulf War, then Iraqi dictator Saddam Hussein had millions of barrels of oil dumped into the Gulf. The fishing industry in Gulf countries was shut down for months, and the ecological damage was felt for years to come. In 1994 and 1998, accidental oil spills threatened desalination plants in the United Arab Emirates and Saudi Arabia, thereby imperiling fresh water supplies for the two countries.

According to the Pasdaran leadership, if there were a tanker disaster today, the International Compensation Fund for Oil Pollution Damage would have to step in financially. But a decontamination effort would only be possible with the technical assistance of Iranian authorities, which would require lifting the embargo, at least temporarily. Iranian oil companies, some owned by members of the Pasdaran, could even benefit from the cleanup program. Jafari's plan also foresees the Iranian people rallying around the government in such a situation, pushing Tehran's failing economic policy into the background.

The "Murky Water" sabotage plan is currently thought to be in the hands of religious leader Ayatollah Ali Khamenei. He makes the final decisions. 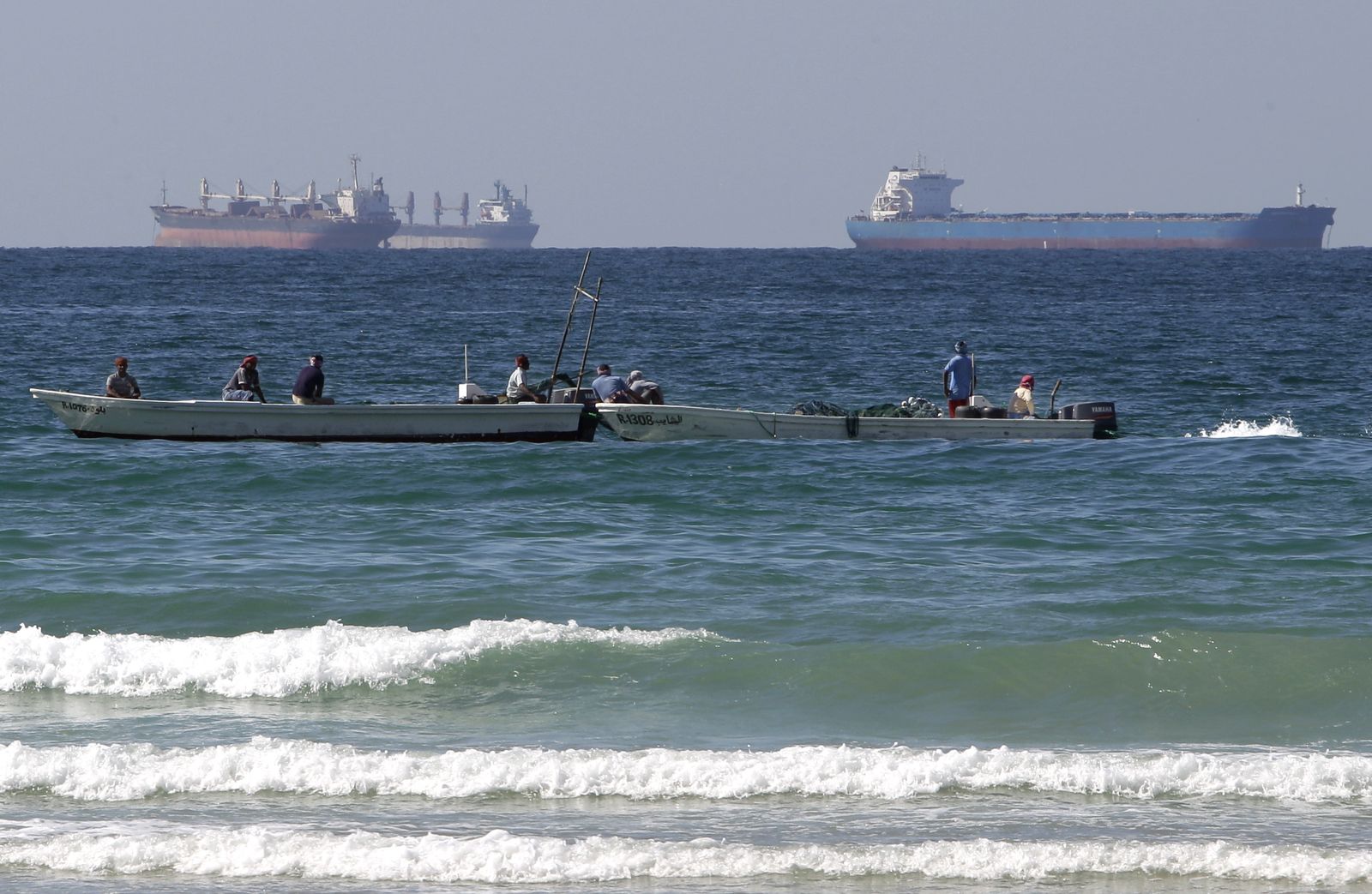 Oil tankers in the Strait of Hormuz.