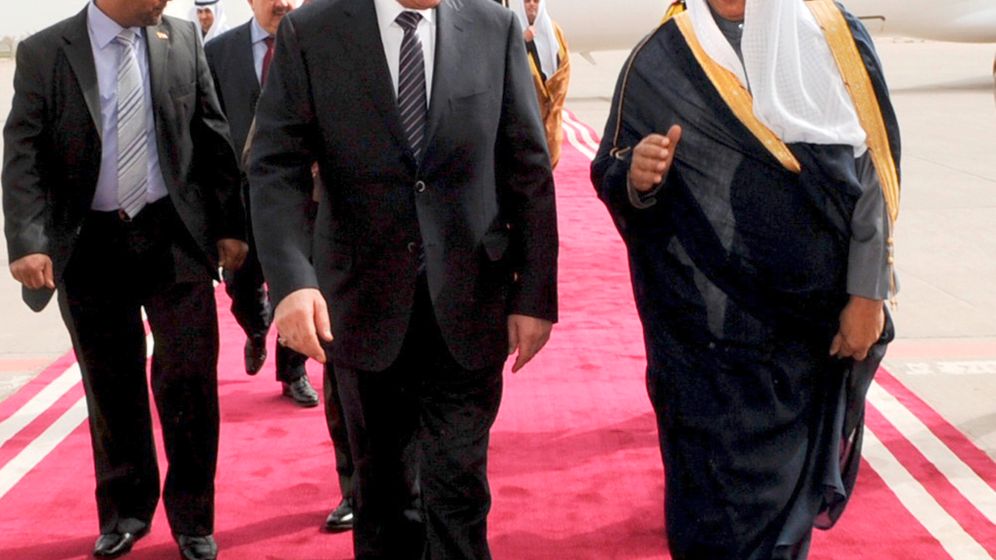 The garden is in a grove of palm trees in downtown Baghdad, as clean and manicured as a golf course, and surrounded by a high wall to keep out the noise and filth of the city. Ahmed Chalabi, 67, a man the world once thought would eventually be running Iraq, is hosting an event in the garden of his recently renovated house in the city.

There are no statesmen, ministers or diplomats in attendance, but there are two dozen students and a professor from the university. Chalabi has served his guests kebabs and rice, and he has promised them that he will put in a good word so that their poorly equipped university gets new blackboards, tables and chairs. Now they are lining up to pose for photographs with the former Iraqi deputy prime minister and oil minister, who is now a businessman. "Without Ahmed Chalabi," says one of the students, "Saddam Hussein would never have been overthrown."

The building where Saddam was hanged more than five years ago is just a few streets from Chalabi's villa, on the banks of the Tigris River. Exactly nine years have passed since the American invasion began. Chalabi was the first and most prominent of the senior politicians in exile at the time to return in the wake of US tanks, with the goal of building a new Iraq.

But is today's Iraq what he once imagined it would become? "My generation has failed," he says after the students have left, as he sits down in an armchair, looking exhausted. "We have all failed. Totally."

This Thursday, Baghdad is hosting the 23rd summit of the Arab League. It is the first time the country has done so since 1990, when former dictator Saddam Hussein invaded Kuwait and plunged his country into a catastrophe that would last more than 20 years. It is not an exaggeration to call the date historic. It marks Iraq's attempt to resume its place in international politics. It is also the first Arab League summit since the beginning of the Arab Spring, as well as Baghdad's first significant diplomatic event since the last US soldier left the country on Dec. 18, 2011.

At that time, US President Barack Obama took a few minutes to declare the end of a war that had lasted longer than the war against Nazi Germany and had claimed the lives of more than 115,000 Iraqis and almost 4,500 Americans. Obama conceded that Iraq was "not a perfect place," but he also pointed out that the US military was "leaving a sovereign, stable and self-reliant country with a representative government elected by its people."

Many observers would, however, question the description of Iraq as "sovereign, stable and self-reliant."

Obama didn't want the Iraq war. His predecessor, George W. Bush, shoulders the political responsibility for this conflict. Nevertheless, the circumstances of the US withdrawal, and the language Obama used to whitewash it, border on negligence.

The agenda of the Arab League summit alone shows how little sovereignty the country America left behind actually has. In public, the summit will focus on Syria, Iraq's neighbor to the west, and the question of what the Arab League should do about its dictator, Bashar Assad.

Behind the scenes, the summit will focus on Iran, Iraq's neighbor to the east, and the question of how the Arabs should behave toward Tehran.

Iraq cannot act solely in its own interest on either of these issues. In addition to the 11 Arab leaders who had announced their intention to attend the summit by last Friday, there will be a 12th, albeit uninvited and invisible, presence felt at the conference table in Baghdad: Iran, the closest ally of the Syrian regime and a neighbor which has more influence in Iraq today than ever before.

While Bush was in a hurry to get into Iraq, Obama was in just as much of a hurry to get out again. In December 2010, Washington renewed its support for 61-year-old Nouri Al-Maliki as prime minister. Although he had lost the election, Maliki, as a devout Shiite and Iran's preferred candidate, stood a better chance of forming a government in the short term -- and thus make it possible for the United States to withdraw quietly and quickly. The Arab Spring began in Tunisia two weeks later. It is conceivable that, under those circumstances, Obama would have decided differently.

In the three months since he has been solely in charge of the country, Maliki has made it clearer than in the five preceding years just how much attention he pays to Shiite Iran. Just one day after the last US soldier stepped across the border into Kuwait, Maliki had a warrant issued for the arrest of Sunni Vice President Tariq Al-Hashimi, who only barely managed to escape to the autonomous Kurdistan region, where he remains to this day.

Since then, the embittered Sunnis haven't been the only ones to criticize Maliki for increasingly forming alliances with Tehran. Chalabi, also a Shiite and a friend of Iran, concedes that Maliki, "like Ben Hur," is riding horses that support his rule but which are controlled by Tehran. Indeed, it is difficult to detect a sense of the kind of sovereignty Obama mentioned coming from the man in charge in Baghdad.

Since the American withdrawal, Maliki has also exhibited another trait more clearly than in the years before: his proclivity for autocratic rule. In addition to being prime minister, he is currently also serving as acting national security minister, acting defense minister and acting interior minister, which puts him in control of all central security organizations.

He has also filled many positions in the justice, telecommunications and electricity ministries with members of his Dawa Party, as well as in the central bank and several provincial administrations. When such positions require parliamentary approval, he often leaves them unfilled and appoints his supporters as acting officials.

His personal circles are also starting to resemble those of the classic Arab autocrat. In mid-January, a Kurdish agency reported that Maliki had appointed his son Ahmed as the assistant director in the office of the prime minister. Western embassies have now confirmed that this is true.

"Ahmed's name comes up a lot when lucrative contracts are at stake, especially in relation to real estate deals," says a senior diplomat, who preferred not to be identified by name.

When one of his deputy prime ministers, Sunni politician Saleh al-Mutlaq, called him a dictator and compared him with Saddam Hussein, Maliki removed him from office and sought a vote of no confidence against him in the Iraqi parliament.

But now other opponents of Maliki are also making Mutlaq's shocking comparison. Never since the days of Saddam have so many people been executed in Iraq in such a short time as since the American withdrawal. Some 65 death sentences were carried out in the first six weeks of 2012 alone. "The Iraqi government seems to have given state executioners the green light to execute at will," said Joe Stork, deputy Middle East director at Human Rights Watch, in a recent statement. "The government needs to declare an immediate moratorium on all executions and begin an overhaul of its flawed criminal justice system." There are currently 50 offences that are eligible for the death penalty, including not only murder, kidnapping and committing terrorist attacks, but also doing damage to public property.

But Maliki's heavy-handed style of governing hasn't led to the stability that US President Obama said the country had attained.

There were more than 4,000 Iraqi victims of violent crime last year and about 800 in the first three months of 2012, including 44 who died in a series of attacks on Tuesday of last week. These are more people than were killed in the revolutions in Tunisia, Egypt, Yemen and Bahrain. In 2011, the number of dead rose slightly in comparison to the previous year for the first time since 2006.

As dramatic as the numbers are, they are still well below the figures for the 2005-2008 period, and the current security situation cannot be compared with the all-out civil war that shook the country at the time. But just as Iraq cannot be characterized as sovereign and stable, it also cannot be described as self-reliant, or as a country whose government can even come close to providing the provinces with the jobs and services they need.

On Monday of last week, almost a million people took to the streets in the port city of Basra, symbolically waving electric cables, empty water canisters and shovels to draw attention to the devastating infrastructure problems. Nine years after the invasion, no region in the country, other than autonomous Kurdistan, has more than a few hours of electricity a day. The drinking water supply in the south is as precarious as it was before the war, and it is only being maintained with the help of the United Nations and foreign non-governmental organizations. Experts estimate that the unemployment level is significantly higher than the official rate of 15.3 percent. Objectively speaking, the situation in Iraq is significantly worse than in the North African countries where poor conditions led to the outbreak of revolutions early last year.

Risk of a Break-Up

The impression that the central government is corrupt has led to the reemergence of a trend that almost caused the country to break apart in the years of civil war. At the time, politicians in the Shiite southern provinces toyed with the idea of secession. Today, the Sunni provincial governments in central and western Iraq want to follow the example of the autonomous Kurds. The Arab Sunnis, who were given preferential treatment by Saddam for decades, make up a minority of about 25 percent in Iraq, while 60 to 65 percent of Iraqis are Shiites.

Following a wave of arrests of Sunni politicians, the government in Salah al-Din province, north of Baghdad, voted for extensive autonomy. Nineveh and Anbar provinces, which suffered the largest numbers of casualties before being pacified in the civil war, threatened to hold a similar vote. When Diyala province declared its autonomy in December, troops from the central government, as well as thousands of Shiite demonstrators, stormed the provincial council building in Baqubah.

This development will only intensify in the coming weeks and months, warns an ambassador from one of Iraq's neighboring countries who did not want to be identified. "No matter how long it takes, the regime in Damascus will finally fall, and the next Syrian government will inevitably be run by Sunnis," he says. According to the ambassador, unless the Shiite-dominated government in Baghdad manages to do something about the alienation of Iraqi Sunnis, it will have to prepare for a secession movement in its western provinces.

As diplomatic as the communiqué from Baghdad will sound, at its core the summit meeting in the Iraqi capital will revolve around the question of whether Iraq, the Arab country with the largest Shiite population, can come to terms with its Sunni neighbors -- Saudi Arabia, Kuwait, Jordan and Turkey -- or whether its increasingly authoritarian Prime Minister Maliki will ultimately be steered by the Shiite regional power Iran.

As an Iraqi, says Maliki's ousted deputy Mutlaq, he ought to be proud of the fact that his country, after more than 20 years, is now returning to the fold of the Arab League and is being allowed to host its summit meeting. But that isn't the way he feels, he adds.

For Mutlaq, the pageantry of the summit lends legitimacy to a regime that only appears to be democratic. Maliki's diplomatic bows to his Arab brothers, he says, are as cosmetic as the landscaped lawn that he ordered to be put in along the road from the airport to downtown Baghdad last week. 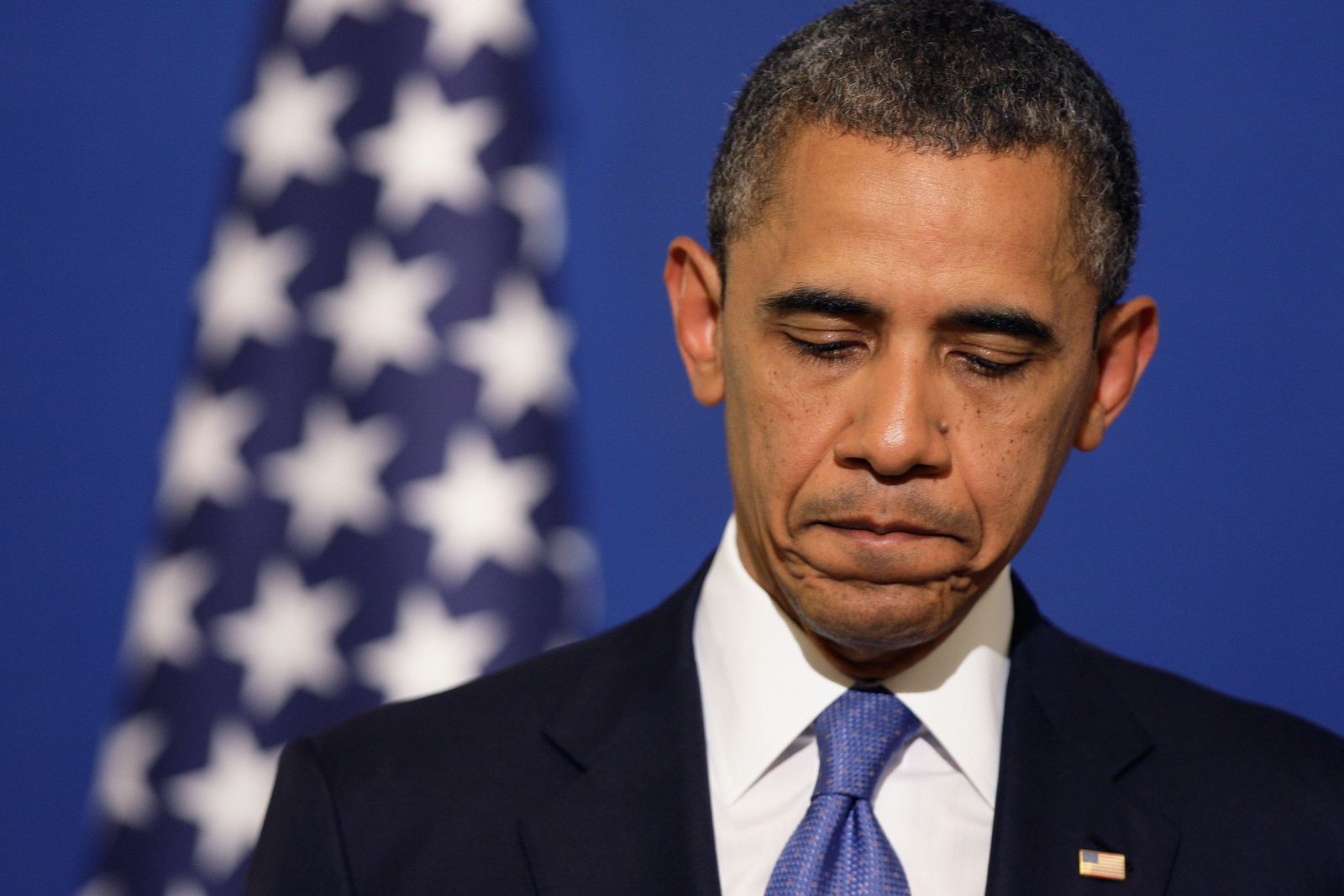 US President Barack Obama didn't want the Iraq war. His predecessor, George W. Bush, shoulders the political responsibility for this conflict. Nevetherless, the circumstances of the US withdrawal, and the language Obama used to whitewash it, border on negligence.