Where does Islamic State (IS) actually get its money? How does the "wealthiest terror organization in the world" finance itself? Newspaper articles and statements from politicians in recent years have provided some insight, but the resulting image only partially reflected reality. Kidnappings and the smuggling of ancient artifacts have continually been mentioned as important revenue streams despite a lack of proof for either theory. Politicians have also demanded that money from foreign sources be blocked, a call that seems to come from assumptions based on al-Qaida having received money from Persian Gulf states in the past. But there isn't proof that Islamic State is using that model either.

Researchers from King's College in London, together with auditing firm Ernst & Young, have now sought to systematically analyze IS finances. In a report titled "Caliphate in Decline," they used media reports, IS documents, publicly available government papers and their own research to examine how IS finances itself and how healthy their finances currently are. The study was reported on by SPIEGEL and the Washington Post prior to its Saturday presentation at the Munich Security Council. It jettisons the cliché which holds that clandestine backers are behind the Islamist extremist group, with the authors noting that there is no proof of such donors. The report also claims that kidnappings for ransom and the smuggling of antiquities are also not significant revenue streams. Rather, most of the group's money comes from "taxes and fees" that are imposed in those areas under the group's control. Oil revenues come in second, followed by "looting, confiscations and fines."

In 2014, IS took in an estimated $300 million to $400 million from taxes and fees. According to the study, that total had risen to up to $800 million by 2015. The report warns against using traditional approaches to analyzing IS finances, admonishing that doing so could result in "serious misconceptions" because the group is "fundamentally different" from previous terrorist organizations. It also notes that, because the terrorist group is less reliant on foreign donors and classical revenue streams, traditional efforts aimed at putting a stop to terrorist financing won't work.

Essentially, the IS business model can be described as follows: The group would send an advance party into the areas it intended to conquer later to infiltrate and build up intelligence structures. Those structures were important for military reasons, but they also allowed for the creative and merciless extortion of the population. Precise knowledge of power and wealth structures were extremely useful in that effort. A constant stream of new taxes, fees and penalties levied on the up to 8 million subjects IS had under its control resulted in hundreds of millions of euros in revenue.

"Another important IS revenue source made extremely clear from the documents," says terror expert Peter Neumann, one of the study's four authors, "has been the confiscation of property and the resale of land, houses and cars, but also of jewelry."

It is, however, a business model that collapses when IS ceases to expand and its strategy of increasing the territory under its control stops working. And that is currently the case. The terror group has been losing territory, people and oil wells for months. Between summer 2014 and November 2016, according to the study, the amount of territory controlled by IS in Iraq shrank by 62 percent, while in Syria it fell by 30 percent.

When the caliphate shrinks, so too do its revenues; the predatory economy of exploitation no longer works. The group's total budget has roughly halved within two years, from what the study estimates as between $970 million to $1.89 billion in 2014 to between $520 million and $870 million last year.

It seems likely that its revenues will continue to fall since IS will soon lose control over Mosul in northern Iraq, the largest city the group has ever conquered. The report also lists three additional reasons for Islamic State's plunging revenues: the decision by Iraq's central government in Baghdad to cease salary payments to civil servants in Mosul and other occupied areas, because that money directly benefited IS; the fact that since 2015, the U.S. Air Force has been bombing improvised refineries and oil tankers belonging to IS; and efforts at eliminating smuggling across the Turkish border.

But when it comes to the threat IS terror poses to Europeans, the group's troubled finances aren't likely to have much effect. The costs of those attacks are simply too low. "According to an estimate produced by French authorities, no more than 20,000 euros was needed for the Nov. 13, 2015 attacks in Paris," says Peter Neumann. "And both the Paris and Brussels attacks were financed on credit." 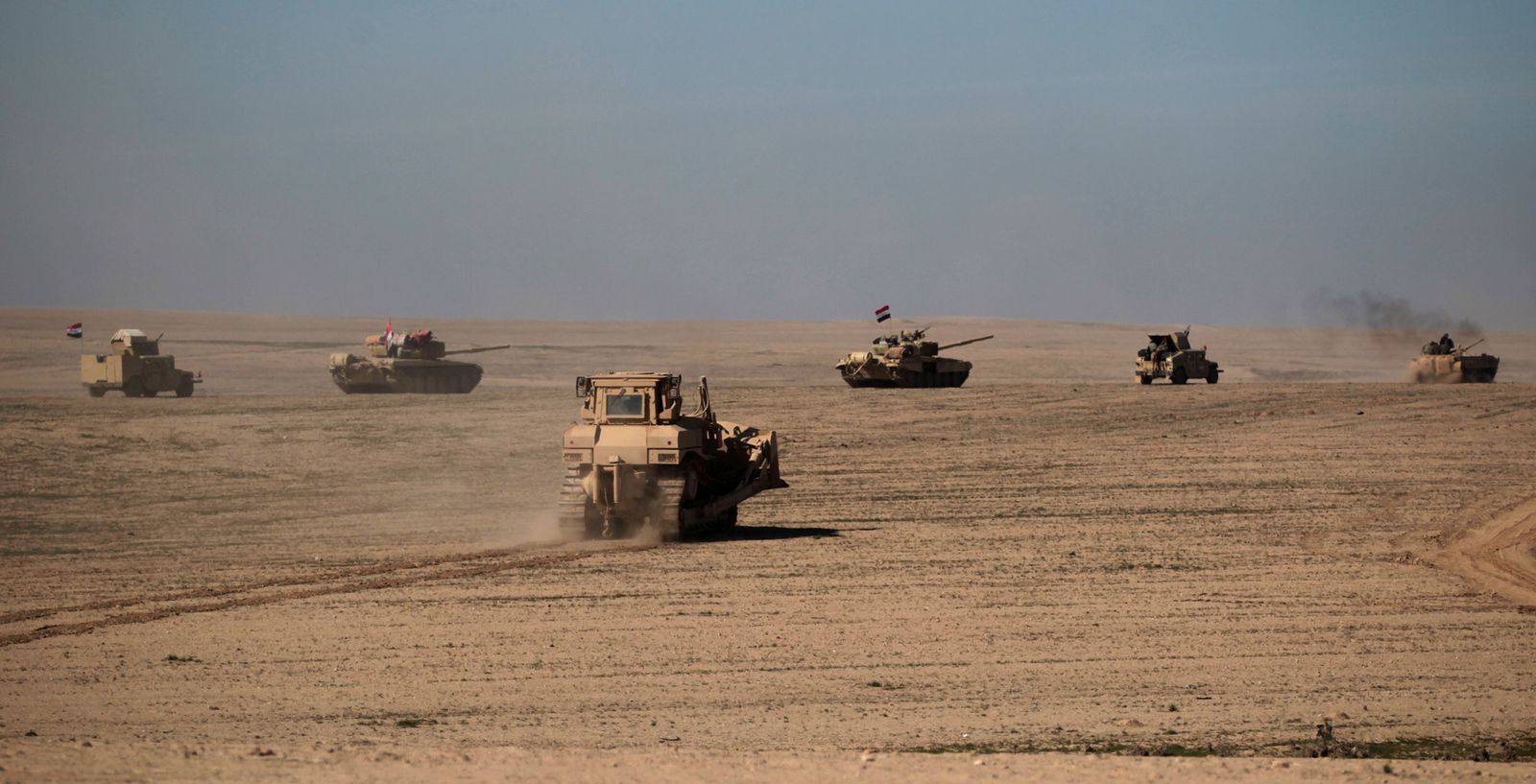 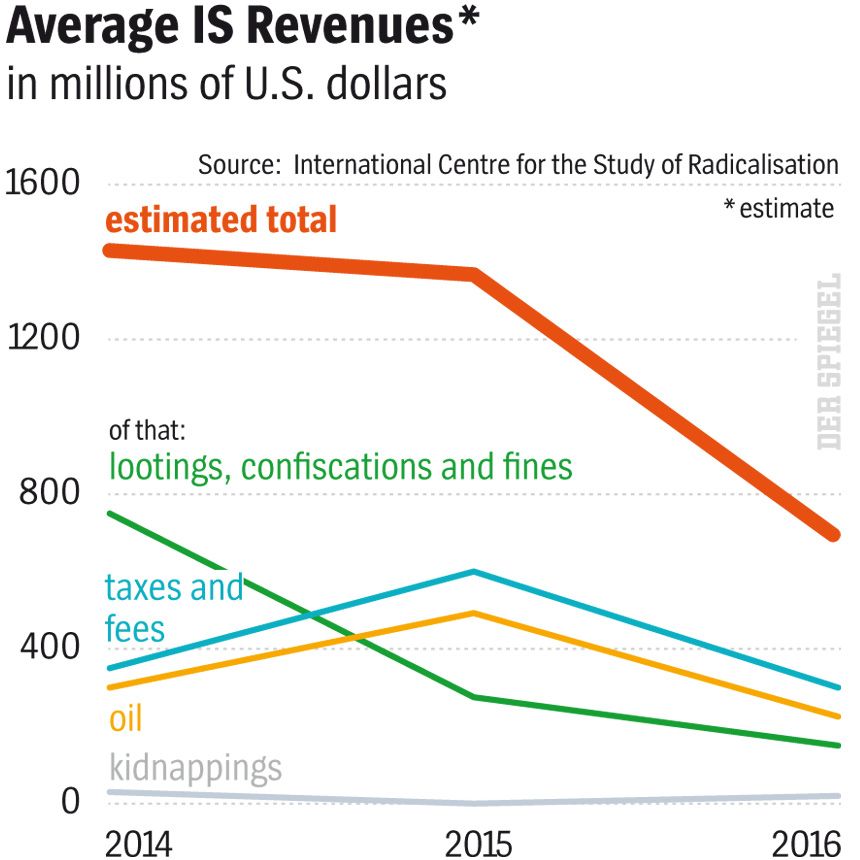