Fifty years ago, when the world first began considering the phenomenon that would come to be known as "globalization," it was seen one dimensionally. It had to do with economics, corporations, trade and jobs. Since then, we have learned that other problems, like climate change, cannot be solved if one country builds wind turbines while the other is constructing coal-fired power plants. And we are learning that refugees make no distinction between the industrialized world and the developing world. Today, they are networked and they take flight as soon as they believe salvation is waiting for them on another continent. It would be difficult to overstate this epochal shift, because what we are witnessing will be lasting, but it also may just be beginning.

It is a single world, economically, politically and in human terms, linked together by modern communication and, now, terrorism. The so-called Islamic State spills blood in Syria and Iraq, but it also seeks to cast its net around Paris and the rest of the world. It is establishing nation-like structures in its caliphate while at the same time building a parallel digital world.

What can the international community do to respond to this threat? And how should Germany act? Should its approach be hardline and aggressive, as demanded by Mathias Döpfner and Berthold Kohler, two of Germany's most powerful media voices? Or should it be sober and level-headed? We must first understand what exactly happened. Islamic State's terrorism is not directed explicitly at the West. It is directed against any kind of culture, against all that is mature, intelligent, sensual and free. Its ideology is based on the Wahhabi interpretation of Islam, the same brutal and medieval school practiced by Saudi Arabia, a partner of the West.

A Prevailing Sense of Powerlessness

Islamic State's terror thrives in a vacuum. After autocratic systems like Egypt, or failed states like Iraq and Syria, allowed their economies to die, millions of young men were left behind, angry and powerless. And it's this sense of powerlessness that dominates in the Arab world today. Now the powerless want to get even with those in power.

The aim of the terror practiced by Islamic State is to surprise, to induce fear and to shock, all of which it does. But beyond Syria and Iraq, it is not war, and it certainly isn't World War III. It's still just terrorism. Islamic State is in no position to endanger the foundations of our nations. Nor can it present the kind of long-term threat posed to humanity by climate change. But it is a mastercraftsman of terror, which is threatening enough. Only once we have come to understand just who the opponent is, can we begin to act.

A sound democracy like Germany's can rely on the civil courage of its people, who believe in, and stand up for, freedom. In the face of a true threat, it can strengthen the police and intelligence services without curbing civil liberties. It can keep suspects under observation without resorting to mass surveillance of companies, media and individuals. It can cancel international football matches without loss of face, as in Hanover after the Paris attacks. It should control who enters the country. A sound democracy should enforce applicable law not least because it must be vigilant at a time when such a large number of people are anxious, even if the cause of this uncertainty has become blurred (it is here, the uncertainty of Europeans, where terror and refugee flight intersect. Otherwise, the latter is caused by the former).

Should Europe also desire to stand strong and to follow up France's retaliatory air strikes with a real strategy, then it must do everything within its power to end the civil war in Syria. Doctrinal purity free of tarnish is no longer possible: As long as Russia and Iran continue to throw their support behind Bashar Assad -- and as long as we still need Russia's help in the fight against IS -- we will unfortunately have to accept that Assad will remain president for now. And we will have to accept that he will likely be granted a graceful exit from the political stage rather than landing before a court.

We need allies and choosing them is no longer a question of taste, but of tactics. Egyptian President Sisi may not be a champion of democracy, but he is fighting Islamic State. Turkish President Erdogan has both influence and worries, which makes him an ideal dialogue partner. The Iraqi government needs help and we need change in Iraq, because the exclusion of all Sunnis (Saddam Hussein was a Sunni) is also driving new fighters into the arms of IS.

It won't be possible without partners because Islamic State must be stripped of the funding, the theological foundations and the moral backing it receives from the Arab world. Only education and the promise of a future can defeat the Arab sense of powerlessness -- one which existed prior to Islamic State, in the times of Hezbollah and al-Qaida, and one which cannot be allowed to persist in the post-IS world. All of that requires level-headed decision-making and sober, decisive diplomacy. Not the rhetoric of war.

It will also require more careful consideration of an aspect that, at first glance, may seem marginal at the moment: Countries that have common problems need a functioning United Nations to help address them. UN Secretary General Ban Ki-moon is precisely the kind of compromise candidate that we need to prevent in times like these. The UN Security Council remains as dysfunctional today as it was 20, even 60 years ago. Europe and Angela Merkel, whose name is often tossed in the ring as a possible future secretary general, have influence in New York. It's high time for it to be put to use.

There are eras -- World War II, for example, or today -- in which countries often at odds with each other still have common goals. At such a time, it is of course possible to forge a global alliance against Islamic State. 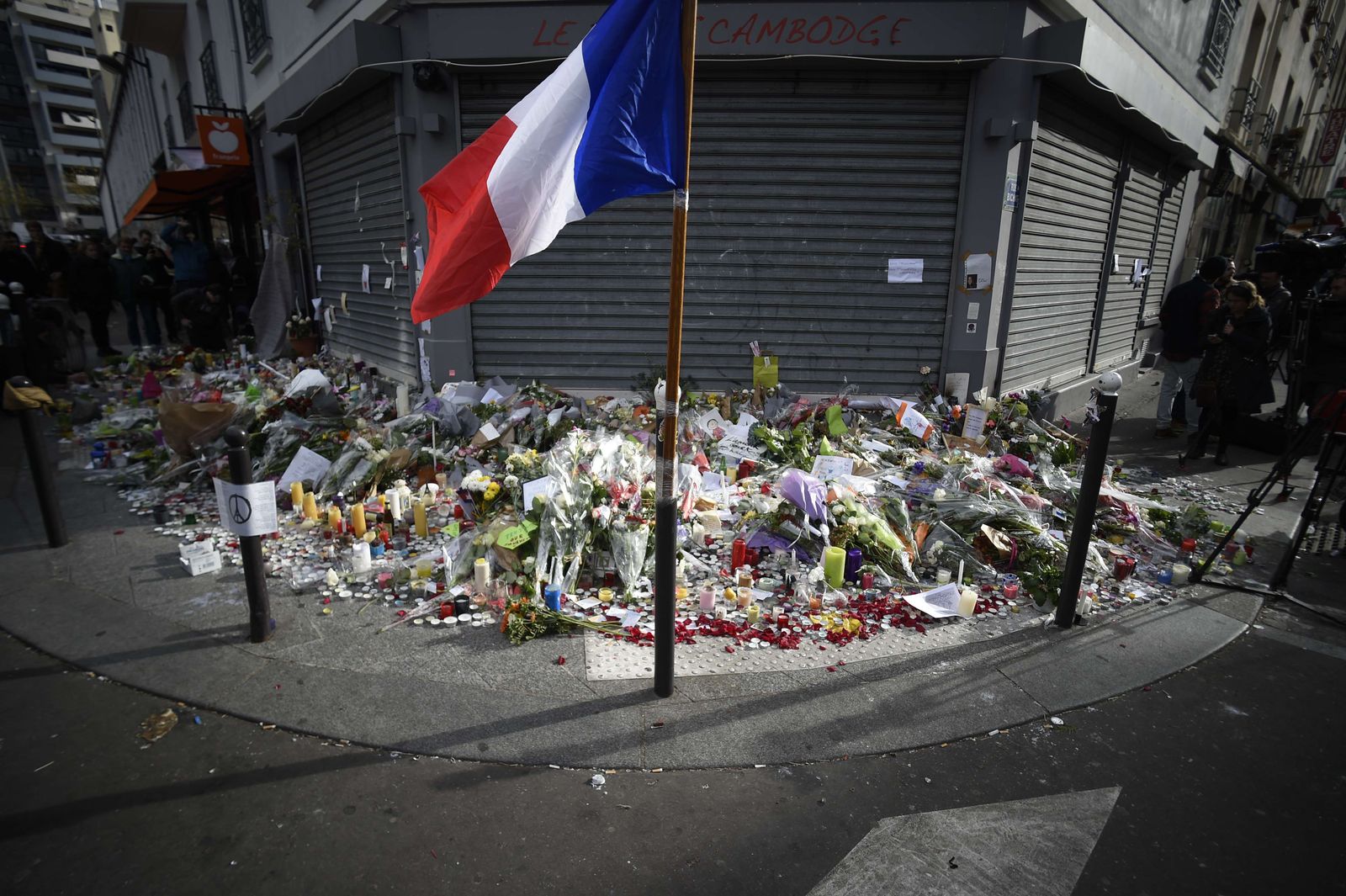 A makeshift memorial set up in front of the Parisian restaurant Le petit Cambodge, one of the sites in the Nov. 13 terrorist attacks.