The prisoner enters the room with his eyes blind-folded, with stiff and uncertain steps. He's shaking and doesn't seem to know where he is, why he is here or what is happening to him. The guard leading him directs the man to one of eight stools. A second uniformed man stands in the room. He's the head of security at this high-security prison in Erbil, with simultaneous responsibility for the anti-terror unit. He doesn't want to reveal his name for security reasons.

"In this prison, we observe the rules of the United Nations Human Rights Conventions," he says, unsolicited. "There's no torture. We treat our prisoners well."

The prisoner on the other side of the table is said to be an emir, an officer in the army of the "Islamic State" captured during fighting near the city of Tal Afar. His name: Mohammed Ibrahim, born in 1985, a professional mason, a football fan and, since July of last year, a soldier serving the Islamic State. He disputes being an emir. He claims to have been a simple soldier, one who had been on watch duty and hid himself in a trench during the Allied air strikes. He had been captured there by Peshmerga fighters.

Ibrahim has a wife and three kids. He says he took up the call to arms because two of his brothers were killed in 2004 and 2006, after going to war to fight for al-Qaida. He had been feeling the pain of that loss for years. Although the deaths of his brothers may have been a motive for Ibrahim, a second, also plausible one, was opportunism. Why else would it have taken him years after the deaths of his brothers to team up with the Islamic State's forces? Why had he only just now entered into battle?

One possible answer is that, following IS' capture of Mosul one month before, when the Iraqi army led with the arrival of a few thousand fighters in pickup trucks, he wanted to endear himself to the future leaders in Iraq.

Indeed, that may be the reason he said goodbye to his wife and children one morning in July and walked to a school near his village that had been occupied by the Islamic State in order to become a voluntary recruit there. He told the soldiers about his brothers and then had to fill out a form and answer questions about himself, including ones about his name, whether he was married, whether he had children and if and what weapons he knew how to use.

He filled the form out, allowed himself to be photographed and signed up. In the next building, he was provided with a Kalashnikov and 100 rounds of bullets. Ibrahim says he was initially deployed as a watch man in Tal Afar, where he was supposed to guard a base and identify Shiites he knew. His pay was $260 a month, $60 more than he got working in construction. He had three days off each week which he could use to visit his family. His life improved in many aspects. After all, the Islamic State looks out for those who enter into war on its behalf.

Bonuses for marriage are paid and foreign fighters can get up to $1,500. One-time child subsidies of $400 per child are standard in addition to subsidies for food of $65 a month. Compared to the alternative, it's a pretty comfortable living.

Ibrahim says he wasn't afraid of prison or even death. "If I die, then I will go to paradise, where there are 72 beautiful virgins. Their skin is so light that you can see through it. When you take a fruit from a tree, another one grows in its place. It's like a restaurant where everything is free."

In addition to securing a spot in paradise, Ibrahim was also hoping for some more worldly rewards. He was seeking higher social standing in the new state, power and his own personal slaves. Other fighters had told him that you were allowed to keep Kurdish women as spoils of war if you captured them during battle.

Those are the reasons he joined the holy war. Ibrahim is a simple man without much of an education. Like all totalitarian doctrines, the Islamic State's ideology ultimately transforms the world into a very clearly arranged place -- one of good, evil and nothing in-between. During his interview, Ibrahim sings for several minutes: the Islamic State's anthem. 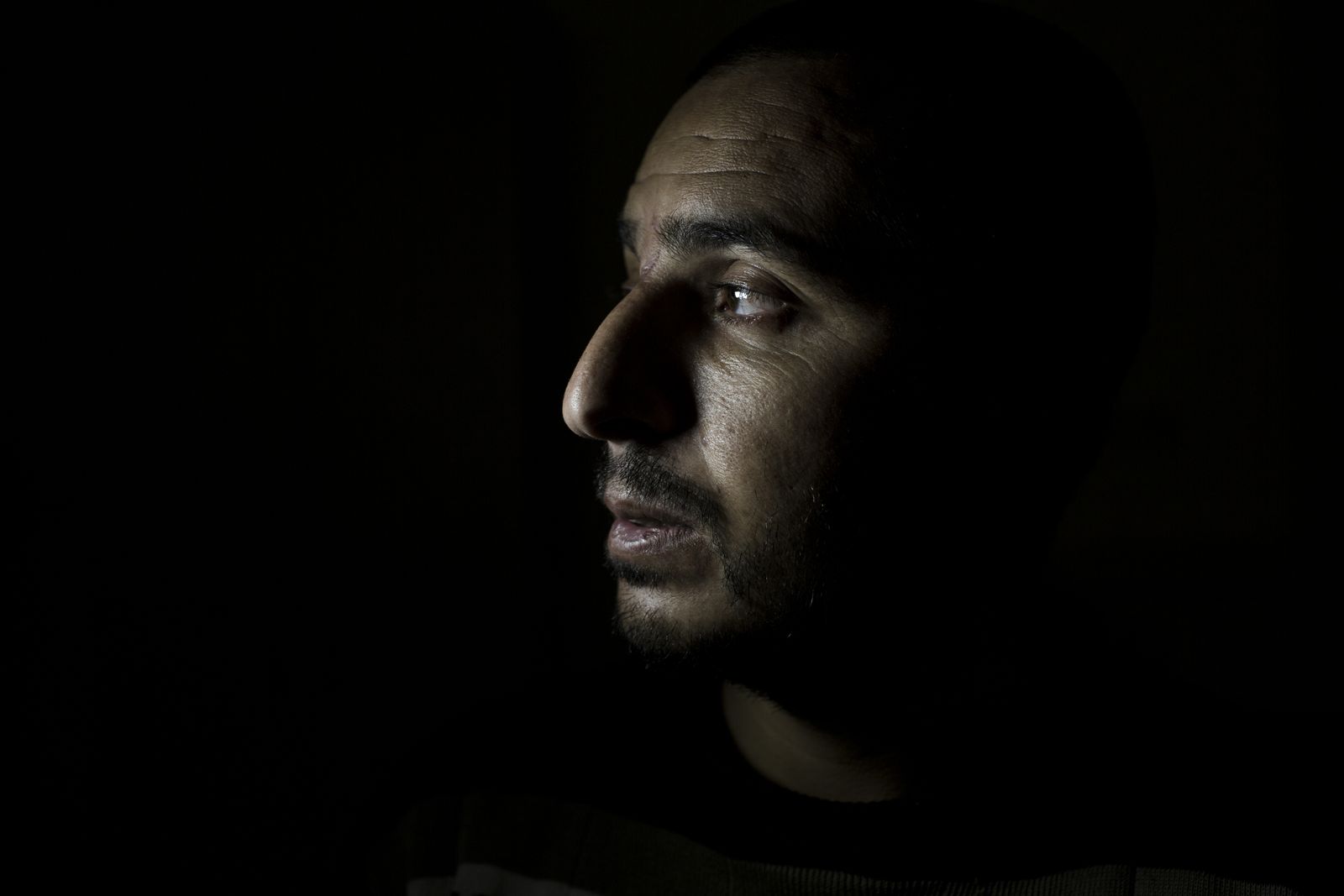