The cinematic staging hinted very early on at the plan. As masked men with the Islamic State (IS) terrorist militia massacred 21 Egyptian Christians on a Libyan beach in February, the camera positions, lighting and editing were professional in a way that had only previously been seen in videos eminating from IS headquarters in Raqqa.

Libya has become by far the Syrian-Iraqi caliphate's most important beachhead as it seeks to expand its footprint in North Africa, and there are numerous reasons for this development. Libya's disintegration into competing factions and regions provides fertile soil for the jihadists' creeping rise to power. More than 1,000 kilometers (612 miles) of coastline and uncontrolled borders in the south make for easy access to the country. Tunisians, who comprise the largest group of IS foreign fighters, established a broad network in Libya early on and often travel from here to the "caliphate."

For months now, IS in Libya has been sticking eerily close to the blueprint it followed when conquering parts of Syria. First, IS units developed a wide network of spies and they are currently pursuing both long-term infiltration and conducting spectacular attacks as they expand the areas under their control. Some 2,000 IS fighters, including many Tunisians and other foreigners, are believed to be in the country.

Their base is the city of Sirte, the hometown of former dictator Moammar Gadhafi. The jihadists had no trouble conquering the city, even after a failed first attempt in the traditionally Islamist city of Darna in the east. As in Syria, they use extreme brutality to underline their claim to power. After a tangle with IS in August, popular Salafist imam Khalid bin Rajab Ferjani was murdered. When his tribe rebelled, dozens were killed, including the crucifixion of at least four men in a busy traffic circle in Sirte.

Islamic State leaders are currently testing for weak spots in Misurata, Libya's third-largest city. Anas El Gomati, founder of the Libyan think tank Sadeq, calls it a "stress test." The militia is testing to see how close it can get to the city before fighters there respond. How does the city responds to minor attacks. Who is issuing the orders and where are the vulnerabilities?

Abu Ali al-Anbari, a former Iraqi regime official who has for years been a member of IS core leadership, reportedly recently arrived in Libya by boat. Even back as 2013, he was already one of the three top IS officials in northern Syria and was present at important meetings, such as one with the personal envoy to al-Qaida boss Ayman al-Zawahiri, the head of the Syrian Nusra Front and other rebel leaders. When asked at the time if it would be possible to meet the "caliph" Abu Bakr al-Baghdadi, al-Anbari demurred, saying Baghdadi didn't need to come, as he and the other IS leaders had full decision-making power.

Potential Libyan victims are also repeating the same mistakes made in Syria and Iraq. One military leader from Misurata told the New York Times recently that they, too, were against the IS -- but, for the time being, they weren't fighting against them. Instead, they fear any weakening of the front against their main opponent in the Libyan civil war, General Khalifa Haftar in the east. Eventually, they say, they will begin fighting IS, but no one wanted to say for certain when that might happen. 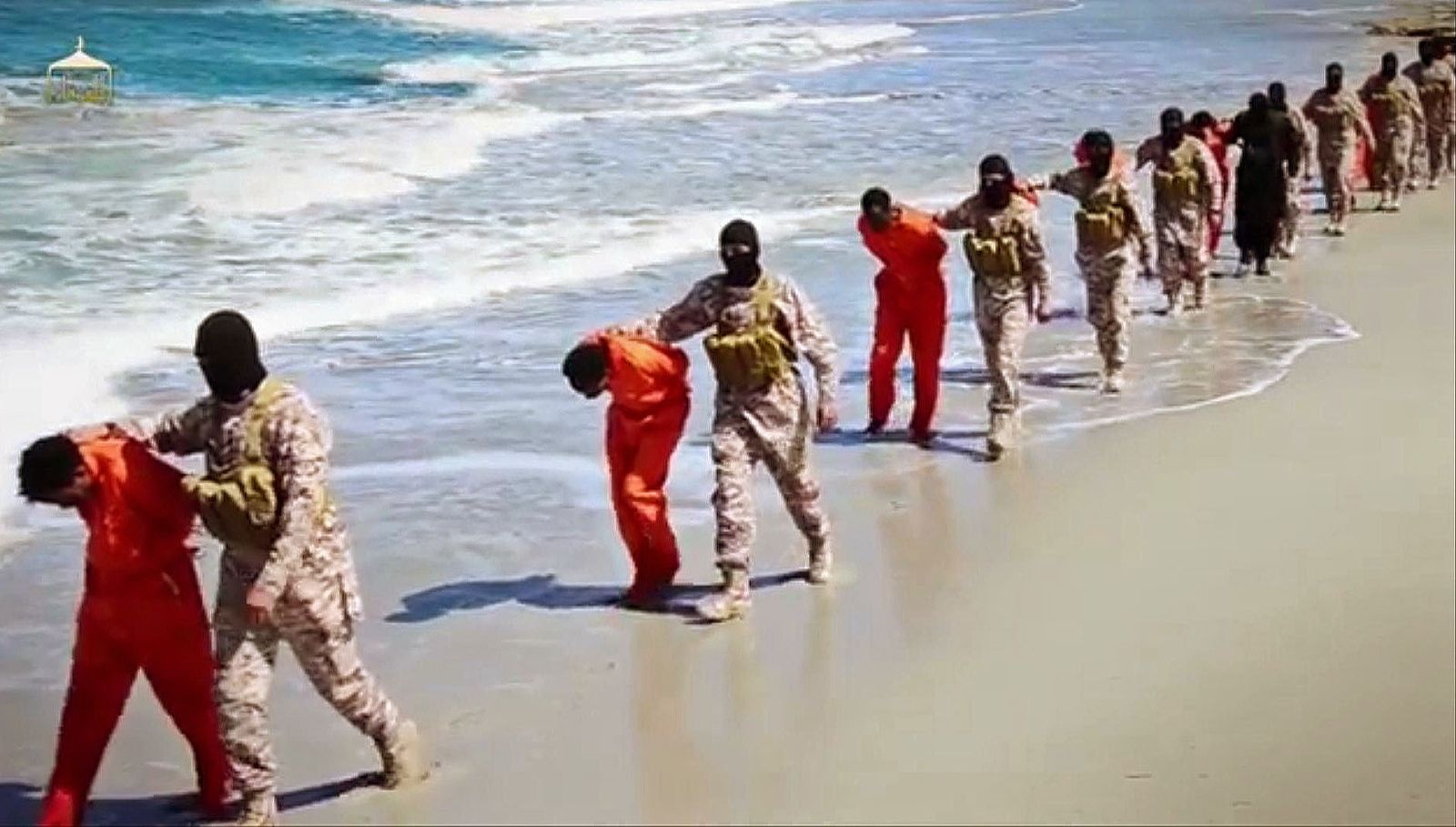 Islamic State captives in Libya prior to their murder last spring at the hands of the terrorist militia. 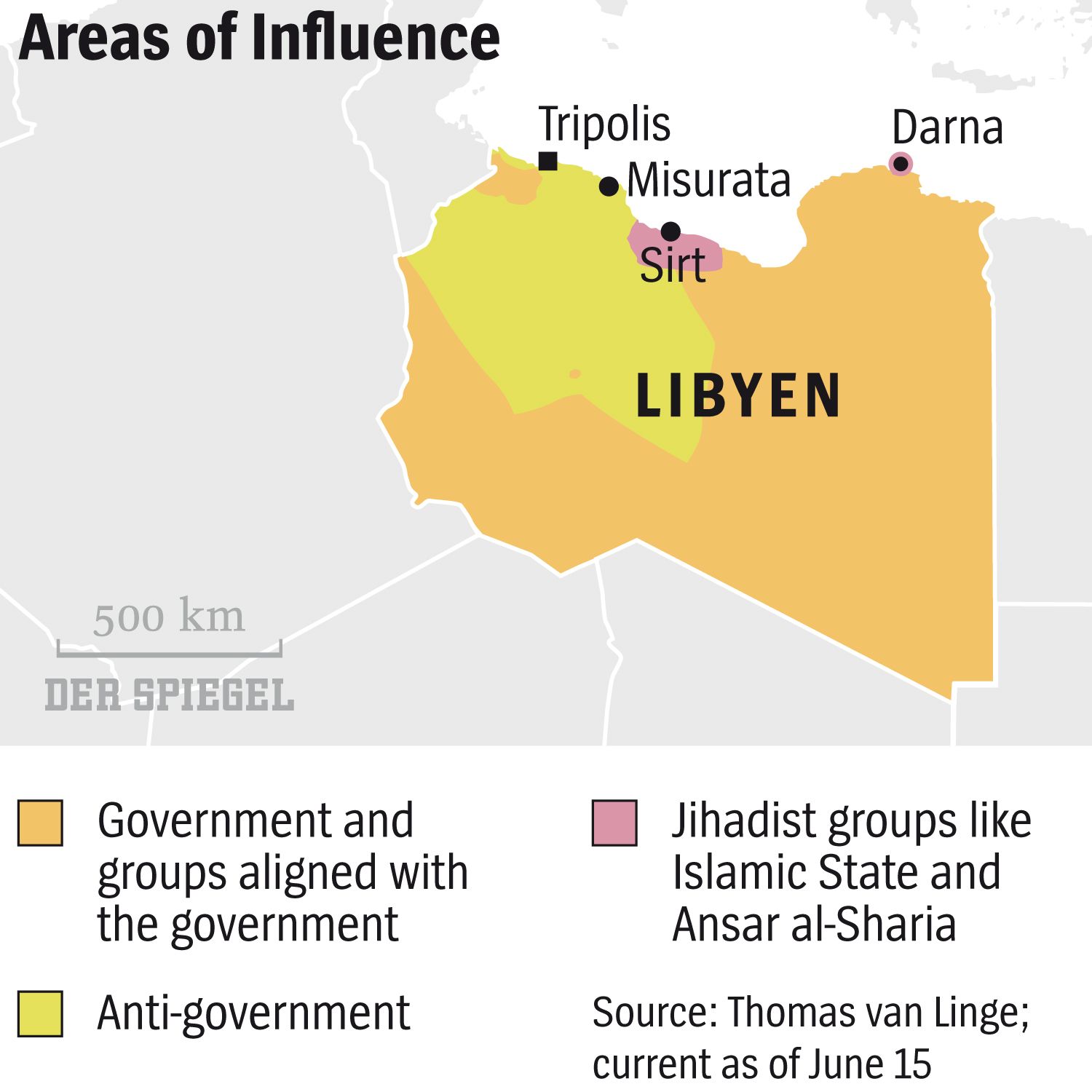 Map: Who controls what in Libya.