German-brokered negotiations on a prisoner swap between Israel and the radical Palestinian group Hamas are said to be close to collapse, due to the position of Israeli Prime Minister Benjamin Netanyahu. According to information obtained by SPIEGEL, shortly before Christmas Netanyhu surprisingly withdrew his agreement on a deal that had already been struck and instead presented a new "final offer" to the Palestinians, with markedly poorer conditions.

The original deal envisaged swapping 1,000 Palestinian prisoners for Gilad Shalit, the Israeli soldier captured by Hamas militants in June 2006. Israel had reportedly agreed in principle to an exchange but wanted to transfer 120 prisoners from the Fatah-controlled West Bank to the Gaza Strip -- which is controlled by Hamas -- or to another country. Negotiators from Germany's foreign intelligence agency, the Bundesnachtrichtendienst (BND), relayed the offer from the Israelis to Hamas before Christmas.

At issue is the question of which Palestinians will be released and where they will be sent to. The newest offer from Israel rejects many of the Palestinian demands. In particular, Netanyahu does not want to release any popular Hamas activists.

The Germans are now assuming that the Islamists, who have ruled Gaza since pushing out the rival Palestinian organization Fatah in 2007, will reject the latest Israeli offer. However, Hamas has still not made its final decision known.

But on Friday, Hamas leader Khaled Mashaal said that Shalit would not be freed unless Israel releases hundreds of Palestinian prisoners. "Shalit will not be home before the liberation of our prisoners," Meshaal told thousands of people attending a ceremony in the Syrian capital Damascus, where he lives in exile. He blamed Israel for the failure to reach a deal on freeing Shalit, saying Netanyahu was "responsible for the failure" to clinch a deal.

In Jerusalem, Netanyahu's about-face is being blamed on a quarrel with his chief negotiator, Hagai Hadas. Netanyahu allowed Hadas to negotiate with Hamas and the BND for months, without worrying about the details of the deal. Once he was presented with the agreement he was shocked by its implications. He is reported to have said internally that the concessions went too far.

The back and forth on the prisoner swap has dealt a blow to the BND's reputation. Hamas has criticized the German negotiators, saying they are no longer neutral and accusing them of having made too many concessions to the Israeli government. 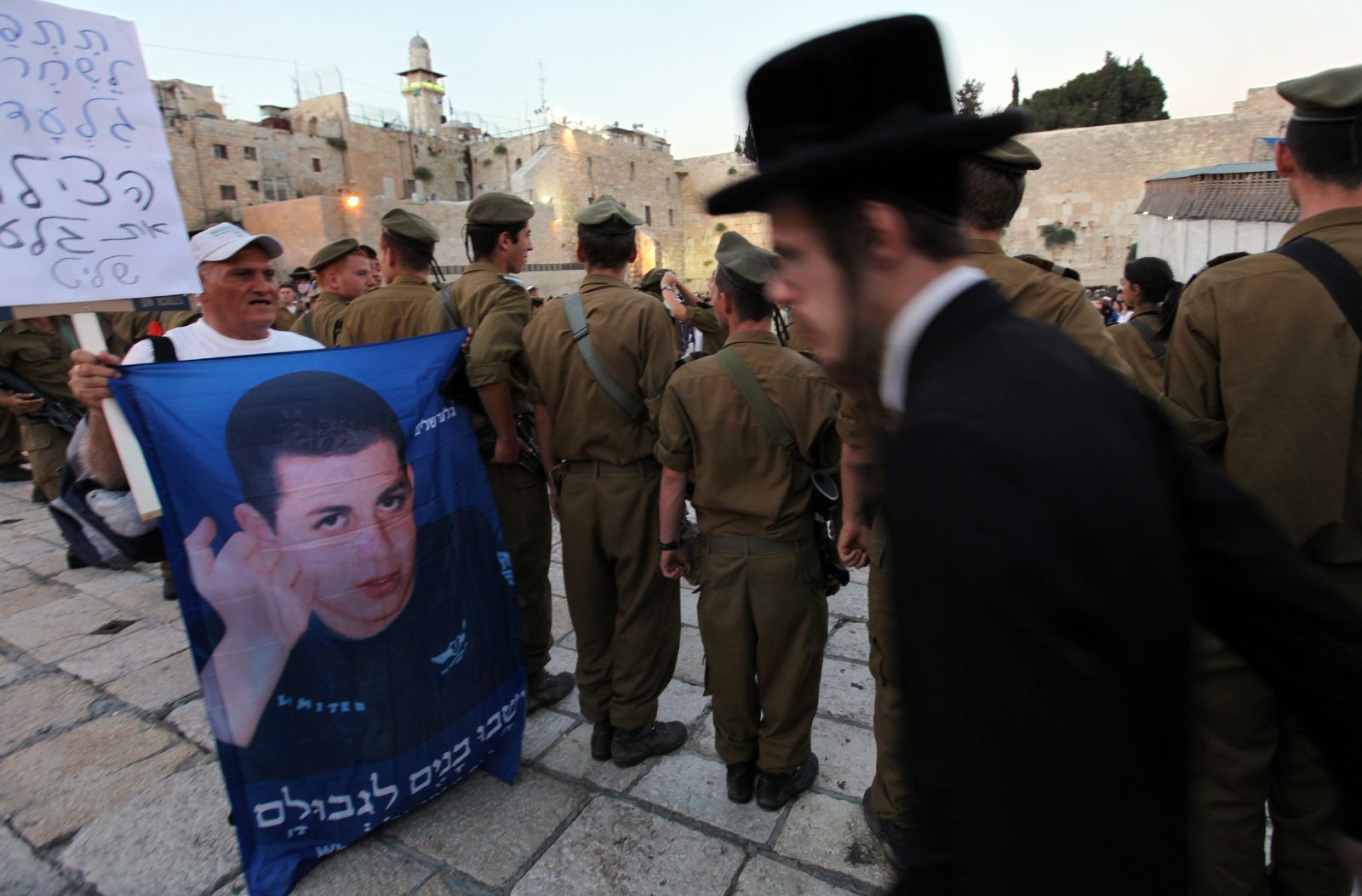 An Israeli carries a banner of abducted soldier Gilad Shalit in Jerusalem.