SPIEGEL has learned from reliable sources that Israeli intelligence eavesdropped on US Secretary of State John Kerry during Middle East peace negotiations. In addition to the Israelis, at least one other intelligence service also listened in as Kerry mediated last year between Israel, the Palestinians and the Arab states, several intelligence service sources told SPIEGEL. Revelations of the eavesdropping could further damage already tense relations between the US government and Israel.

During the peak stage of peace talks last year, Kerry spoke regularly with high-ranking negotiating partners in the Middle East. At the time, some of these calls were not made on encrypted equipment, but instead on normal telephones, with the conversations transmitted by satellite. Intelligence agencies intercepted some of those calls. The government in Jerusalem then used the information obtained in international negotiations aiming to reach a diplomatic solution in the Middle East.

In the current Gaza conflict, the Israelis have massively criticized Kerry, with a few ministers indirectly calling on him to withdraw from peace talks. Both the US State Department and the Israeli authorities declined to comment.

Only one week ago, Kerry flew to Israel to mediate between the conflict parties, but the Israelis brusquely rejected a draft proposal for a cease-fire. The plan reportedly didn't include any language demanding that Hamas abandon its rocket arsenal and destroy its tunnel system. Last year, Kerry undertook intensive diplomatic efforts to seek a solution in the conflict between the Israelis and the Palestinians, but they ultimately failed. Since those talks, relations between Kerry and Israeli Prime Minister Benjamin Netanyahu have been tense.

Still, there are no doubts about fundamental support for Israel on the part of the United States. On Friday, the US Congress voted to help fund Israel's "Iron Dome" missile defense system to the tune of $225 million (around €168 million). 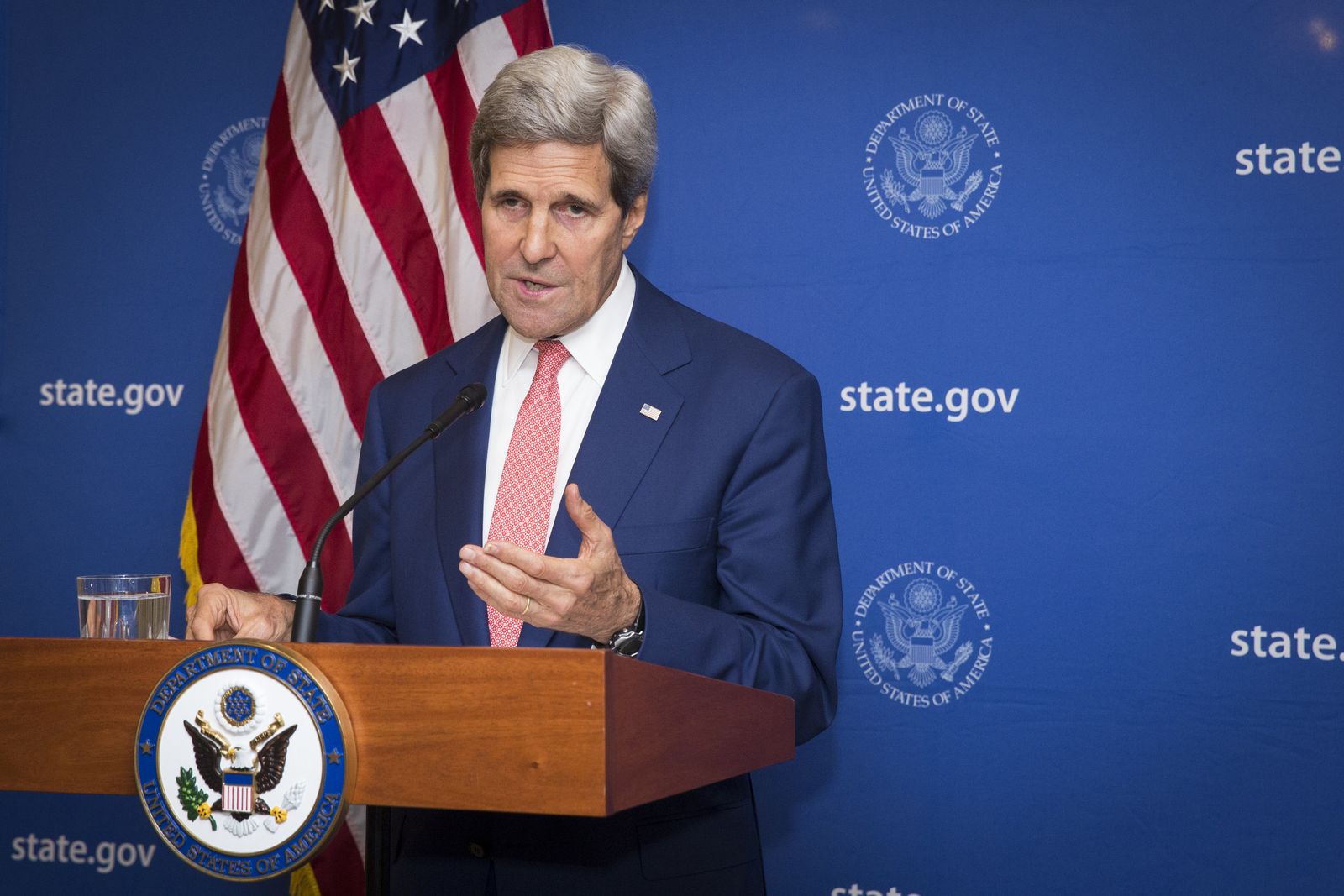 US Secretary of State John Kerry has been the victim of eavesdropping by Israeli intelligence.