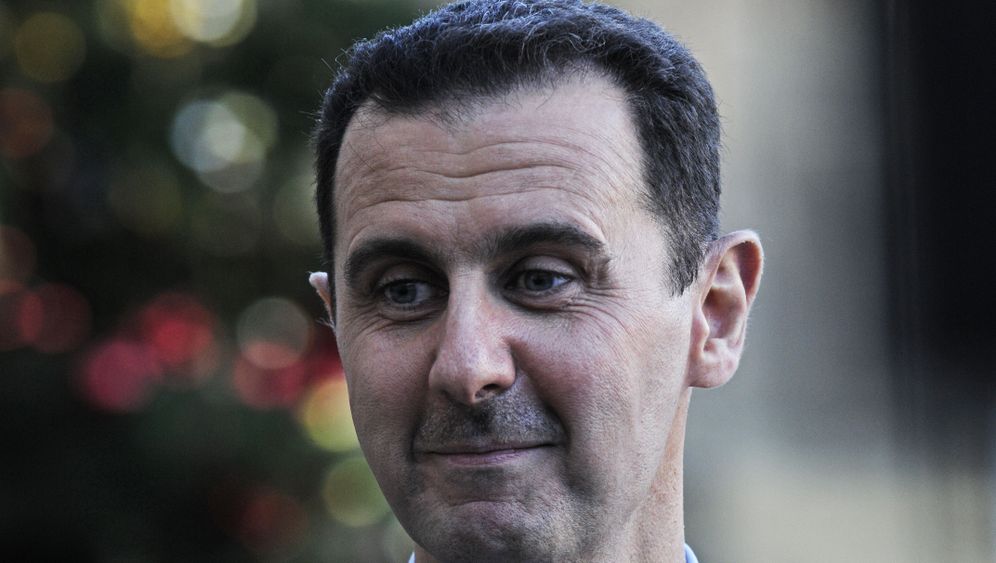 Now tightly controlled Syria has become the latest flashpoint for pro-democracy protests that have swept large parts of North Africa and the Middle East. Syria, of all places, Israel's autocratically ruled neighbor and a potential peace partner. A Syria that is an ally of Iran and funder of the Hezbollah militants in Lebanon. And also a country accused by United Nations atomic inspectors of trying to assemble a nuclear weapons program with North Korean assistance. But it is also the Syria that, at least in the eyes of the West, is a pivotal player in the region, a country leaders would like to woo away from the axis of hard-line states in the region.

Among those carefully monitoring developments is an aging dissident sitting in his large apartment in central Damascus. Alongside a few dozen others he fought for this revolution for over a decade -- and spent more than half of that time in a desert prison in Adra.

Now, finally, a genuine uprising is happening, without him, some 100 kilometers (62 miles) southwest of Damascus in the provincial capital of Daraa. "I don't know if the people hate the president," says the political moderate who preferred to remain anonymous given the recent wave of arrests. "But I'm sure they hate his regime, the corruption, the injustice, the poverty. It will not stop."

The leaders of the revolt are not the intellectuals nor the prominent opposition figures, such as the dissident in Damascus. Nor are they Islamists from the Muslim Brotherhood, who President Bashar Assad constantly warns are the greatest danger to the country's stability. Instead, the uprising in Syria broke out spontaneously, as happened in Tunisia months before. The uprising is spearheaded by Sunni tribal leaders from a region bordering Jordan, people who were minor political players in the past and considered loyal to the government.

Last week, thousands of demonstrators gathered in front of Daraa's al-Omari mosque. Some had been camping there while others streamed in from the nearby towns. Eyewitnesses say that the first attack on demonstrators came at 12:30 a.m. on Wednesday and lasted three hours. A woman standing at a window was shot and killed. Gunfire filled the city for the entire day.

By Wednesday evening, 15 people from the anti-government protesters had been killed, including Ali Ghassab al-Mahamid, a well-known doctor who had rushed to the mosque to help care for the wounded.

In an interview given to the Wall Street Journal at the end of January, Assad had declared his country was immune from the revolutionary uprisings and could "avoid the viscious circle." He also claimed to have the "support" of his people. In fact, the 45-year-old president isn't as unpopular as the Tunisian dictator Zine El Abidine Ben Ali or Egypt's elderly President Hosni Mubarak were before being ousted. On the other hand, he has never been able to implement the reform program he announced upon taking office 11 years ago given the deeply rooted power of the Baath Party and the intelligence service, the mainstays of his power.

Assad is a member of the Alawis, a branch of Shiite Islam, who make up only 6 percent of Syria's population. His initial response to the insurgents was the iron fist. He sent his younger brother Maher, the commander of the Presidential Guard, to Daraa to crush the uprising. State-run television showed images of AK-47s and hand grenades seized from rebels when government forces raided the mosque. The regime spread rumors that foreign powers, meaning Israel and the United States, were inciting the revolt. Foreign agents had egged on security forces to shoot at demonstrators with live ammunition, they said, and "armed gangs" were allegedly responsible for the fatal attack on the doctor.

But now, after his initial violent reaction, Assad apparently wants to be less brutal than his father Hafez, who in 1982 bombarded the western Syrian city of Hama to stop an opposition uprising. His massacre killed as many as 30,000 people. To this day, Syrians have not recovered from the shock.

Bashar Assad opted to fire Faisal Kalthoum, the reviled governor of Daraa province, accusing him of "glaring mistakes" and exercising "disproportionate, deadly violence." Assad said he may allow independent political parties and lift the state of emergency that has been in force for 48 years -- concessions that would have been unimaginable just a few weeks ago. But he made his offer conditional on an end to the street fighting.

Demonstrators in Daraa, on the other hand, called on the regime to radically change course, including the release of all political prisoners and a tribunal to try those who shot and killed demonstrators.

On Friday, however, more deaths occurred during pro-democracy protests in several cities in the southern part of the country and along its coastline. Even in Damascus, police fired on demonstrators and arrested regime critics. By Friday evening, the opposition said that more than 100 had been killed.

And over the weekend, the killing by pro-Assad forces continued. Despite contradictory figures on the exact death toll, much blood has been spilled for a rebellion whose outcome remains completely uncertain. It remains unclear whether radical elements of the Muslim Brotherhood have joined the uprising.

The aging dissident in Damascus was arrested on numerous occasions for making much more moderate demands than those made by the protesters on the street today. He is now following the latest developments minute by minute online.

In a tone tinged with both hope and doubt, he says: "We wanted to change things together with the regime. But, now, most probably it looks as if it's too late for that." 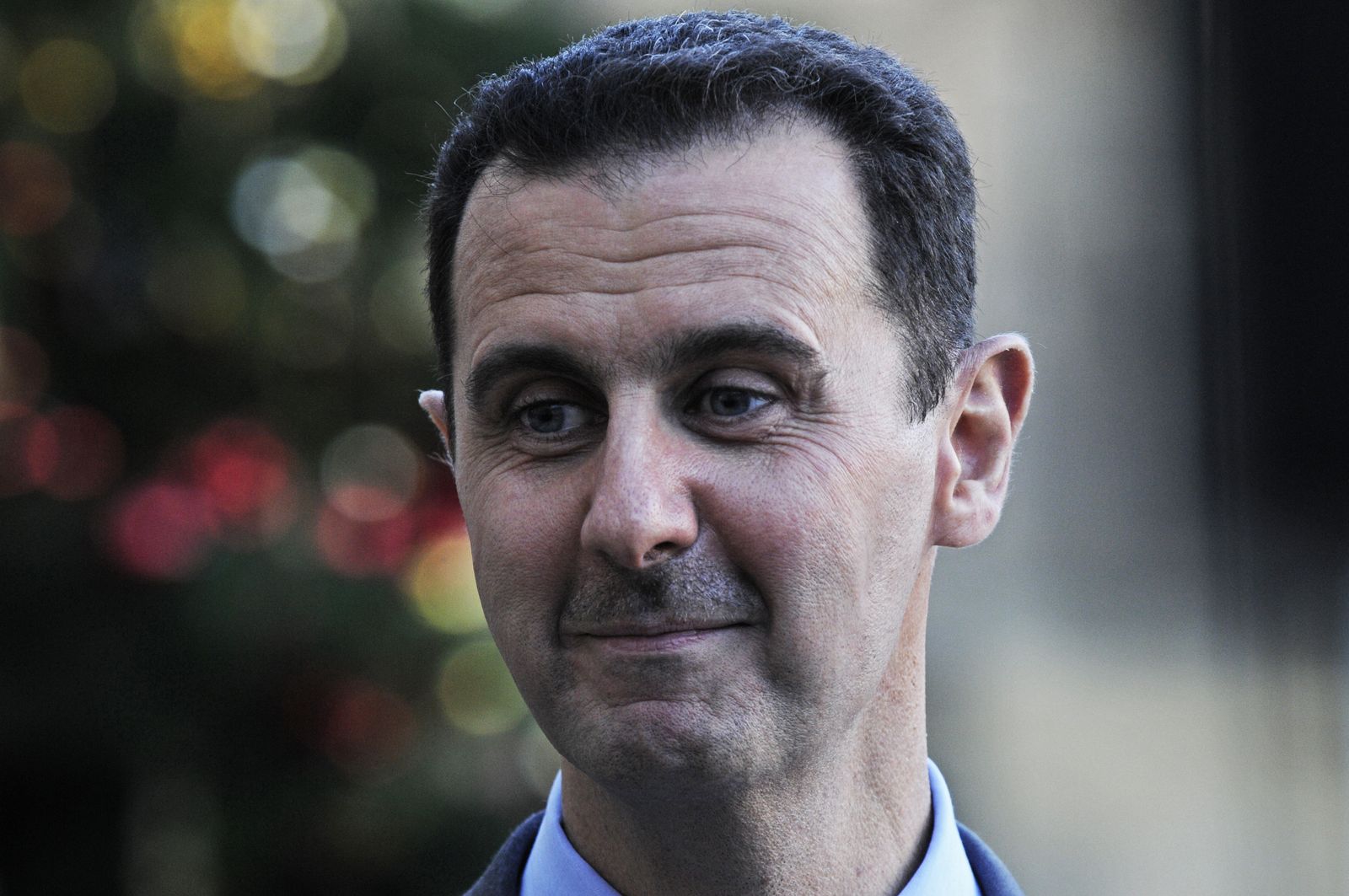 Syrian President Bashar Assad is under increasing pressure. Protests have continued, despite his offers to allow independent political parties and lift the state of emergency that has been in force for 48 years -- concessions that would have been unimaginable just a few weeks ago.