With Israel showing interest in annexing large parts of the West Bank with the backing of U.S. President Donald Trump, the Middle East conflict threatens to escalate dramatically. In late January, the Trump administration presented its controversial Middle East plan, which provides for the annexation of Jewish settlements and the Jordan Valley in the Israeli-occupied West Bank. According to its coalition agreement, the new Israeli government led by Prime Minister Benjamin Netanyahu and his former rival Benny Gantz can make a decision on annexation as of July 1.

Doing so would represent the breach of a significant political taboo. All previous governments of Israel and the U.S. had ruled out such a step, as it would essentially mean the end of the two-state solution with an independent state of Palestine. Luxembourg's Foreign Minister Jean Asselborn warns of a new wave of violence and massive damage to Israel's reputation in the world should the annexation be carried out.

Jean Asselborn, a Social Democrat, has been foreign minister of Luxembourg since 2004, making him Europe's longest serving top diplomate. Born in 1949, immigration and asylum issues were added to his portfolio in 2014. He was also vice president of Luxembourg until December 2013.

DER SPIEGEL: Mr. Asselborn, the Israeli government may move forward with the annexation of parts of the West Bank starting on July 1. You have compared the move to the annexation of the Crimean Peninsula by Russia. Isn't that a bit excessive?

Asselborn: No, I see no difference at all. An annexation is an annexation. It is a gross violation of international law. The United Nations has also taken a clear position: The Security Council has declared Israeli settlements illegal in several resolutions, the last one in December 2016. In the Middle East, which is strongly shaped by religion, one could also say that an annexation violates the seventh of the Ten Commandments: Thou shalt not steal. An annexation of parts of the West Bank would be just that: stealing.

DER SPIEGEL: The EU has imposed harsh economic sanctions on Russia because of the annexation of Crimea. Josep Borrell, the EU’s high representative for foreign affairs, recently said that while the situation in the Middle East may be different, international law cannot be "selectively upheld." Should the EU impose sanctions on Israel if annexation takes place similar to the punitive measures taken against Russia?

Asselborn: I don't want to speculate about sanctions at this time. It is too early for that. At the moment, we Europeans are still trying everything to change the Israeli government's mind before July 1.

DER SPIEGEL: At present, there is little to suggest that this effort will succeed.

Asselborn: We can only try. But if we do not succeed, we would have to consider tougher measures. To simply write reproachful letters would be a humiliation for the EU and would significantly weaken its credibility.

DER SPIEGEL: EU sanctions against Israel are considered extremely unlikely, if only because the German government would almost certainly use its veto. What other options are available?

Asselborn: The recognition of Palestine. This debate would gain a whole new dynamic, I would even consider it inevitable. So far, nine out of 27 EU countries have recognized the state of Palestine. In contrast to sanctions, this does not require a unanimous decision by all 27 members. Each country can decide for itself. Sweden, Malta, Cyprus, the Czech Republic, Hungary, Romania, Bulgaria, Poland and Slovakia have already done so. If others were to follow, it would likely achieve much more than economic sanctions.

DER SPIEGEL: What would the implementation of Israel's annexation plans mean for the Middle East peace process?

DER SPIEGEL: The Israeli government position is rooted in national security arguments. They say that annexation would, for example, put an and to arms smuggling. Is that not justified?

Asselborn: I consider this argument to be specious. An annexation would bring Israel zero benefits in terms of security. On the contrary, it would probably lead to a new wave of violence. And one must also think of the consequences for the Palestinians, whose families have been living in these areas for centuries. Will they receive Israeli citizenship? Would they even want it? An apartheid regime with different rights for Israelis and non-Israelis would inevitably emerge.

"I am firmly convinced that a new awareness of human rights and the oppression of minorities is currently emerging in parts of the world."

DER SPIEGEL: Critics have accused the Israeli government of having long-since implemented such a system.

Asselborn: True, but the global political situation is changing. In large parts of the Western world, we are seeing mass demonstrations against racism - and all because of just one dramatic incident. If Israel were to intensify its oppression of the Palestinians now, of all times, it could have serious consequences for its international reputation. That is not something a democracy can ignore.

DER SPIEGEL: At present, the Israeli government seems to be fine with its reputation in the world.

Asselborn: I am firmly convinced that a new awareness of human rights and the oppression of minorities is currently emerging in parts of the world. Remember the unrest in Gaza in spring 2018, when Israeli soldiers killed more than a hundred demonstrators, including children, and severely injured thousands. Such images would have a completely different effect today than they did two years ago. They would be devastating for Israel.

DER SPIEGEL: For the Israeli government, the most important thing seems to be enjoying Trump's full support.

Asselborn: Indeed, there is a widespread view in Jerusalem that, thanks to Trump, Israel has the opportunity of a century and must take advantage of it to take away large portions of the land belonging to the Palestinians. But here, too, the changing global political situation should be taken into account. Trump has completely discredited himself as a dealmaker by the way he has reacted to the anti-racism demonstrations, if not before. It would be risky to take his word as a political carte blanche - especially since it is by no means certain whether he will even be in office next year. 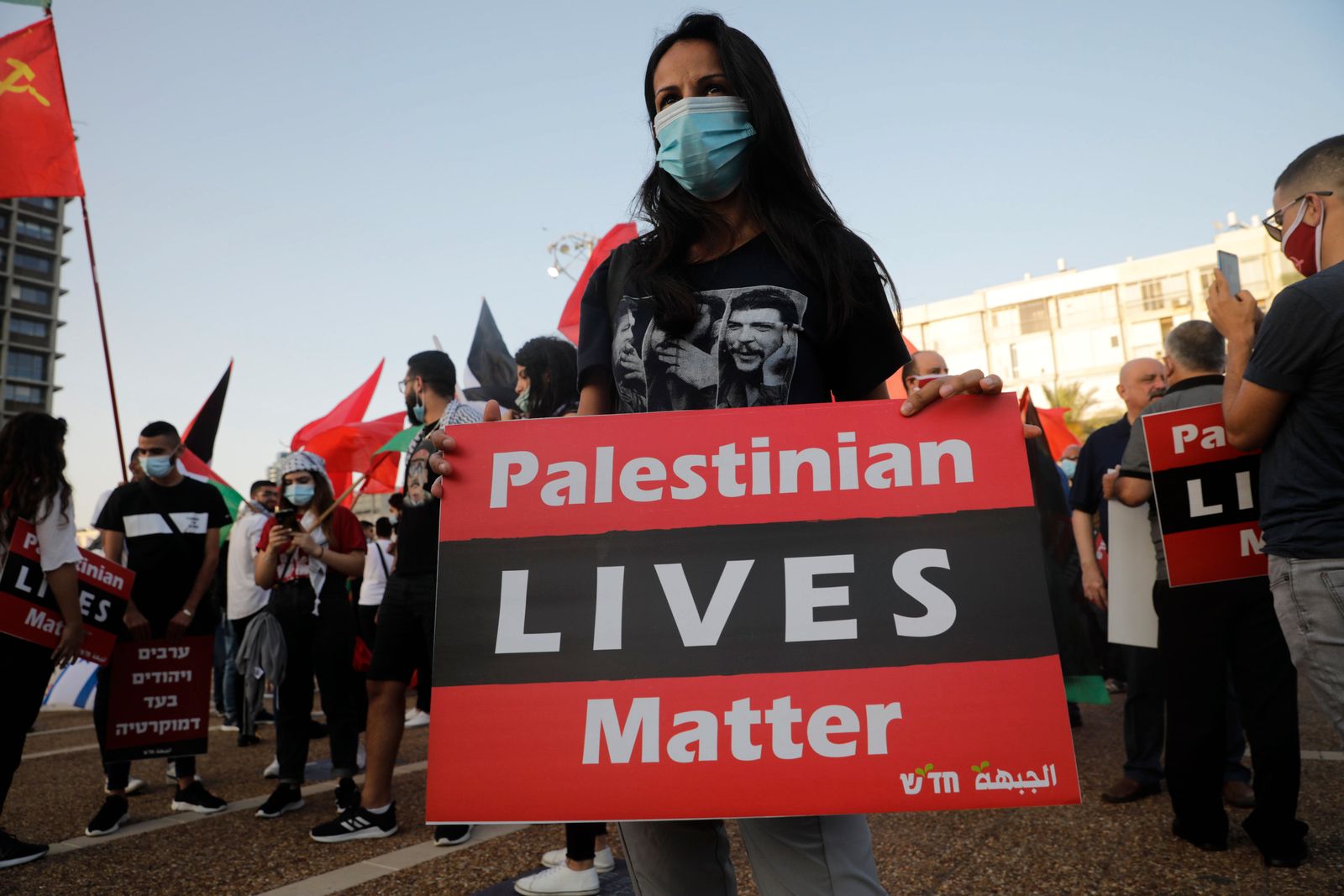 A demonstration in Tel Aviv for Palestinian rights 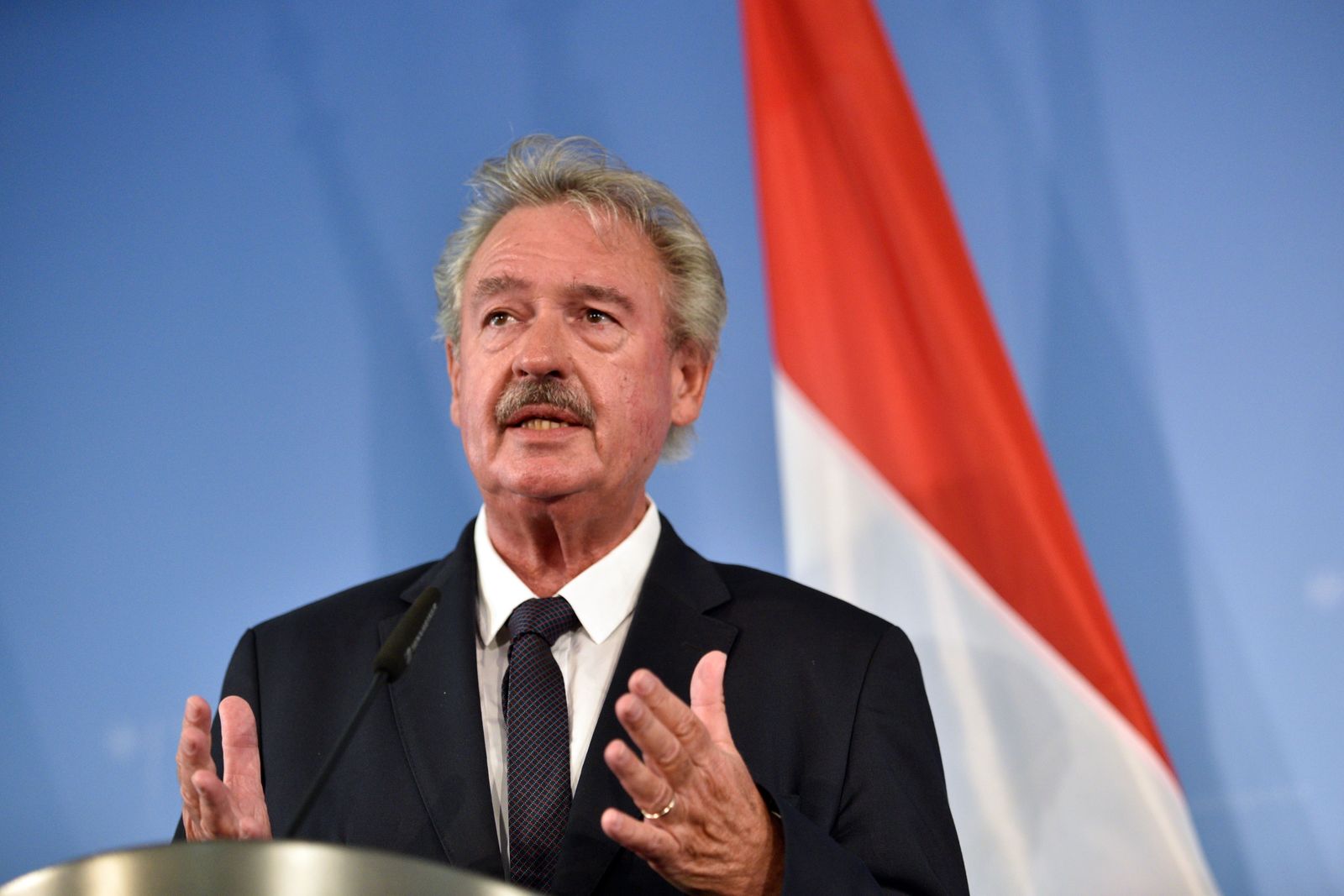