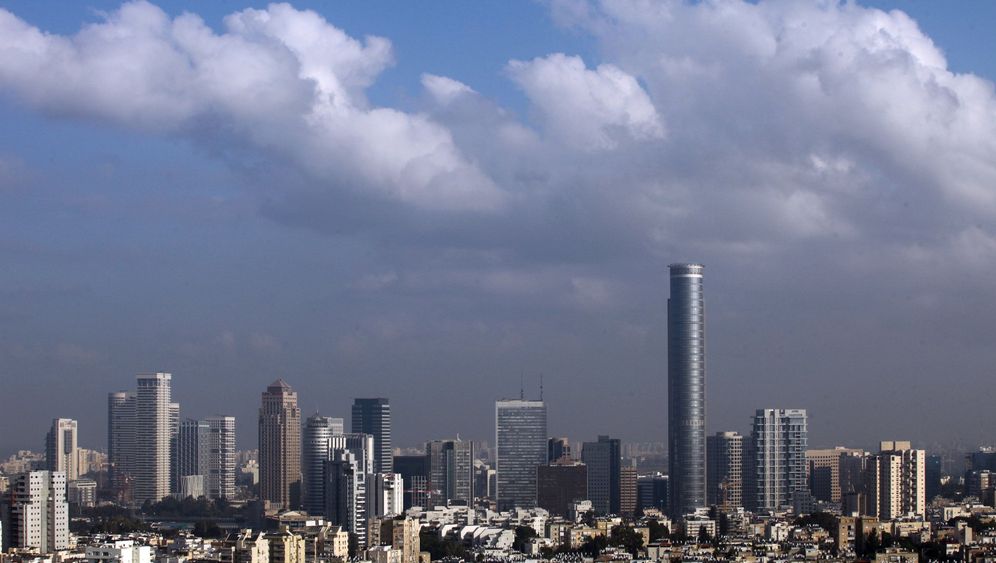 Many must have been reminded of the treatment of Jews under the Third Reich. Shortly after the attack on a Jewish school in the southern French city of Toulouse on Monday, school principals in the city walked into classrooms and asked the Jewish pupils to come forward. "We ask you to leave the class and join the other Jewish children, who are in a locked and safe location."

It was intended as a precaution in response to a request from the Jewish community. But it also highlights the degree to which many Jews in France feel that they are a threatened and increasingly excluded minority. Every year, these feelings prompt thousands to take a dramatic decision, namely, to pack their belongings and move to a crisis zone: Israel. They feel safer there.

Five years ago, Linda moved from Paris to Canada and then to the Israeli port city of Ashdod. Only a week ago, she, her husband and their two sons faced a hail of rockets from the Gaza Strip. Nevertheless, Linda, who doesn't want to be identified by her last name, is delighted to be living in France no longer. "It's much safer here than in France," she says.

"Anti-Semitism has become unbearable there," she says. "Children are harassed on their way to school just because they're Jews." She adds that she was also the victim of such harassment in the middle of the Champs-Élysées in Paris. "I was wearing a necklace with a Star of David attached to it," she recalls. "Someone barged into me. I said to him: 'You ought to excuse yourself!' All he said was that he didn't apologize to Jews."

According to the Israeli Ministry of Immigrant Absorption, about 2,000 French Jews are currently resettling in Israel each year, and a total of 100,000 have already made the move. The Israeli government is very happy to receive the new arrivals, who are generally well-off and highly educated. In 2004, then-Prime Minister Ariel Sharon's open call to French Jews to emigrate triggered outrage in Paris and led to a cooling of relations between the two countries. But the wave of immigration continues unabated.

Fears for the Future

"It's not yet a mass flight from anti-Semitism," Avi Zana, the director of Ami, an organization that provides assistance to newly arrived French Jews, told SPIEGEL ONLINE. According to Zana, Jews are also immigrating for religious reasons or to find a Jewish bride. Nevertheless, in light of the precarious situation in France, says Zana, many have concluded that "the future of Jewish children is no longer safe there." According to a 2004 study, one in four of France's 500,000 Jews was considering emigration to Israel -- out of fear of anti-Semitism.

This fear came to a head in 2006 after a high-profile case in which a gang whose members held anti-Semitic beliefs held 24-year-old Ilan Halimi captive for three weeks, during which time he was tortured, resulting in his death. After the incident, immigration figures from France shot up by about 50 percent.

Daniel Ben-Simon, a member of the Israeli parliament, the Knesset, examined the phenomenon of Jewish emigration in his book "French Bite." "Jews in France fear the day when the Muslims become a determining factor in French domestic politics," Ben-Simon told SPIEGEL ONLINE. "They fear that the country will no longer be safe for them at that point."

Even today, there are already "hundreds of anti-Semitic incidents" a year, committed mainly by Arab immigrants, says Zana. "This creates a great deal of pressure. How long can Jewish communities protect themselves from attacks with surveillance cameras?"

Tel Aviv real estate agent Yitzhak Touitou confirms this trend. "About a third of my customers are Jews from France," says Touitou. It isn't just the very rich who are buying second homes in Israel. "Every French Jew who can somehow come up with the money is buying an apartment here," says Touitou.

Ben-Simon estimates that "almost one in two French Jews maintains a residence in Israel. It's a sort of insurance policy, just in case the situation in France gets even worse."

Touitou hears hair-raising stories from his clients when he's showing them property. "The atmosphere in France has become very threatening," he explains. "People no longer wear the kippah when they go out in public. They're afraid of being harassed."

There was a tragic irony to the Toulouse killings, says Touitou, whose mother-in-law is married to the founder of the Ozar Hatorah school where the murders took place. "I know the teacher who was shot dead," he explains. "He lived here in Israel until recently. It took them a long time to persuade him to go to Toulouse to teach Hebrew and religion there. And then he leaves the troubled Middle East and is murdered in France with his two children."

Responding to the attack, Vice Prime Minister Silvan Shalom has, like Sharon in 2004, invited France's Jews to move to Israel, but this time he couched the appeal in more cautious terms. Nevertheless, says Ben-Simon, the Israeli call could be successful. "If it emerges that the incident was indeed deliberately targeted against Jews, Israel can expect to see a wave of French Jews fleeing the country."