Dean: (Laughs) He hasn't blown us up yet. But he terrifies me. For one thing, the incompetence. He doesn't have any real understanding of how the presidency works or even how Washington works. The only comfort I have is that he is so imcompetent that he can't do anything to cause a real problem.

SPIEGEL ONLINE: He seems to be bringing us to the brink of nuclear war with North Korea.

Dean: What struck me there was that within days of him announcing that there was an "armada" heading to North Korea, someone else announced that they had been sailing in the other direction. So that seemed just like a bluster move. His entire foreign policy is quite amazing. Everyone takes a different position, the secretary of state, the secretary of defense.

Dean: At least public opinion forced Trump to get rid of Michael Flynn, his first national security advisor, who was totally incompetent and unqualified, even without knowing about his foreign ties. In H.R. McMaster we now have someone who is actually competent. I think Trump's entire national security team is first rate. The one weak link is Secretary of State Rex Tillerson, who doesn't know what the hell he's doing.

SPIEGEL ONLINE: So what grade would you give Trump for his first 100 days?

Dean: I'd give him an "F." This has been the worst 100-day transition in my lifetime. And I was born during Franklin D. Roosevelt's term. This White House is by far the worst-run I have ever seen, certainly in modern times.

Dean: He got a justice on the Supreme Court. But he didn't really do that himself, he picked him from a list given to him, and the confirmation was handled by Senate Majority Leader Mitch McConnell, pretty much by destroying the Senate.

SPIEGEL ONLINE: Trump doesn't seem to be interested in such details.

SPIEGEL ONLINE: Does he remind you of your old boss, Richard Nixon?

Dean: There are similiarities between Nixon and Trump, no question. But there are also big differences. Nixon was shy, private, he attacked the media behind closed doors and insulted people behind their backs, and we only know about it because of the taping system in the Oval Office. The dark side, the vengeance we only know because of these tapes. Trump is right out and front with it. He actually campaigned on how nasty he can be, which found resonance with enough voters to get him into the White House.

SPIEGEL ONLINE: Nixon stretched his presidential powers until they snapped. Do you see this with Trump, too?

Dean: Trump hasn't really done anything yet to abuse his powers. I don't even know if he knows what all his powers are as president. And that worries me. He will learn. After he learns how the presidency works, he could become much more dangerous, because his personality doesn't change. Once presidents find their powers, they don't give them up. They use them.

SPIEGEL ONLINE: Or abuse them.

Dean: After Watergate, Congress flexed its muscles and became the constitutional co-equal of the president, to balance out his powers. That deeply troubled Dick Cheney, then chief of staff to Nixon's successor Ford. And after Cheney became vice president for George W. Bush, they snatched that power back.

Dean: 9/11 changed everything. We lose more Americans every year drowning in the bathtub than through terrorism. But terrorism has been used as a lever to frighten people, pass legislation, sound tough and coerce us into giving away our rights in pursuit of phantom problems. Granted, terrorism is a real problem everywhere. But you can't prevent it. Terrorists are nutcases who are hellbent on killing people for ideology. That's pretty hard to stop.

SPIEGEL ONLINE: Trump, too, is making the "war on terror" a main theme of his presidency again.

Dean: The difference this time is the authoritarianism. That's the hidden explanation of the 2016 elections. Who voted for Trump? Who are these people who, as he famously said, would let him shoot someone on Fifth Avenue and still support him? It's people who want too strong a leader, who would do what that leader tells them. Similar to the Europeans following Mussolini and Hitler. There's a streak in humanity that likes that kind of leader. That's Trump's core. Authoritarianism.

Dean: I don't think Trump is a deeply self-aware person. But he's absolutely off the charts as a narcissist. He is the consummate narcissistic salesman. He is in fact a sick man. And that's potentially very dangerous. The only positive thing about Trump is that he has no ideology, he is an empty vessel, surrounded by people who give him ideas, and it only matters which ideas will shine the light on Trump.

Dean: We do have a system of checks and balances. It's pretty hard to overwhelm that. I don't think Trump has done that yet. We have an independent judiciary. While he and his attorney general, Jeff Sessions, are badmouthing the judges because they don't like their decisions, it will make the resolve of these judges only stiffer, bring their backs up. But if he decides to ignore the judges, then we'll have a constitutional crisis. Because judges have very little of their own power to enforce their orders.

SPIEGEL ONLINE: Wouldn't Congress, the other pillar of U.S. democracy, prevent such a crisis?

Dean: We have a dysfunctional Congress at this point. It ranks lower in approval than the president, who has one of the lowest presidential approval ratings ever. The current Congress is most interested in trying to do what it can to have the legacy of the Democrats removed, mostly Obama's but also Roosevelt's, the social programs. At the same time they can't agree on what time of day it is.

SPIEGEL ONLINE: But aren't they investigating the Russian hacking scandal and Russian ties to the Trump campaign?

Dean: There is an authoritarian group in Congress, a lot of Trump supporters. They are slow-walking that investigation. They don't want to cause any problems.

Dean: The Senate is a little more independent than the House, but not a lot.

SPIEGEL ONLINE: In 1973, you testified before the Senate Watergate Committee. But your words weren't enough, only hard evidence -- the Oval Office tapes -- ultimately forced Nixon's resignation. Do you foresee the Russian scandal unfolding in a similar way?

Dean: Because of the pervasive surveillance in our digital era, a lot of conversations relating to the Russian hacking were overheard, and transcripts keep popping up. Still, we don't know what's out there in terms of evidence. But we know Trump lies with ease. It's an endless stream of make-believe and invented stories and outright lies. He would obviously deny any complicity of any sort. To actually jail him it will have to be pretty solid evidence that can be corroborated. And FBI counterintelligence investigations are very slow by nature.

SPIEGEL ONLINE: So when can we sleep well again?

Dean: I learned that the country actually does pretty well with nobody at the helm. I saw that during Watergate. The government ran pretty well. Hopefully we will muddle through.

John Dean, 78, is one of the last living key figures of the Watergate scandal. As chief White House counsel (1970-1973) he was part of then-President Richard Nixon's innermost circle and enabled and helped cover up Nixon's abuses of power. Dean ended up testifying against Nixon and a number of Watergate defendants in exchange for a reduced sentence, serving four months in prison. He lives in Los Angeles, where he is an author and commentator. 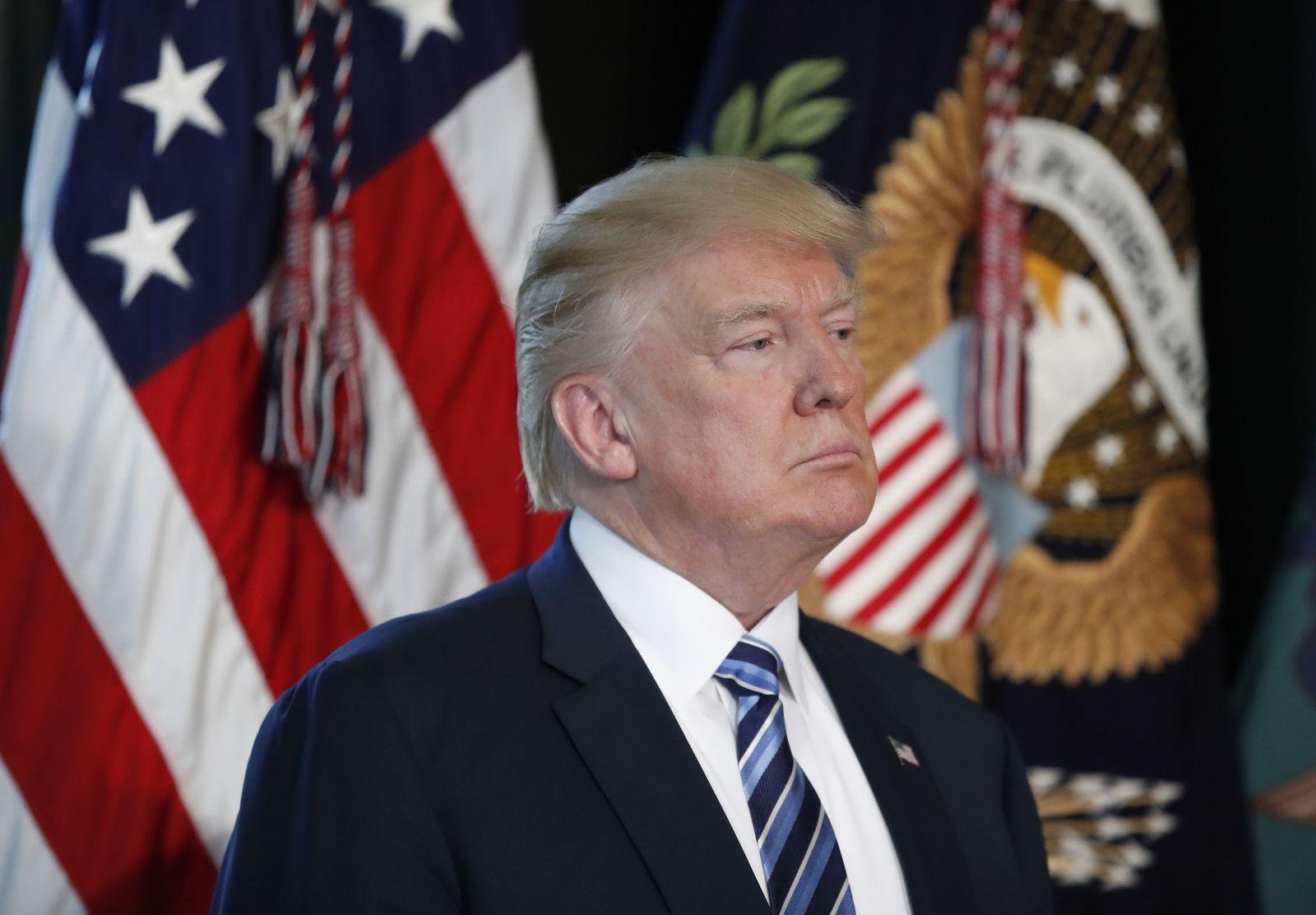