SPIEGEL: Did it take the Obama administration too long to find a clear position on Egypt?

John McCain: I don't think that I can second-guess the president. While I wanted to be, I am not in his position, I don't have all the information and background that he has. All I can say is that I think the president has handled the issue well so far.

SPIEGEL: Many policymakers in Washington say they want to "end up on the right side of history" with regards to Egypt and not on the wrong side as they were in Iran after the fall of the Shah. How can that be achieved?

McCain: There's very little doubt that for a long time we have not been on the right side of history in the Middle East, in that we have not recognized that these same ambitions for democracy and freedom are held by people everywhere in the world. The president has come a long way since 2009 when he refused to condemn the Iranian government when the demonstrations were taking place in Tehran and refused to support the demonstrators then. I think that was one of the biggest national security mistakes so far of his presidency.

SPIEGEL: You have called for open elections in Egypt. Should that happen quickly, or could elections lead to chaos if organized prematurely?

McCain: The process that I would like to see and I think a lot of other people would like to see is Hosni Mubarak stepping down and the army taking charge along with other democratic organizations within Egypt -- not the Muslim Brotherhood. A transition government should then launch a campaign for fair, open and democratic elections that take place in September.

SPIEGEL: How optimistic are you that the Arab world is capable of establishing democratic institutions?

McCain: I think they are very capable; especially Egypt, the center culturally and politically of the Middle East. But I would add that the longer that these demonstrators are repressed, the more likely the scenario that the issue is hijacked by radical Islamic elements.

SPIEGEL: In 2006, the US pushed for elections in Gaza -- a move that ultimately brought Hamas into power.

McCain: In Gaza, people basically had only two choices: Fatah, which was a failed and corrupt organization, or Hamas, which as we know was supported by the Muslim Brotherhood. Instead what they should have had was a multi-party campaign with lots of candidates and lots of choices for the people of Gaza.

SPIEGEL: Many people are drawing comparisons between the situation in Cairo and the Iranian revolution of 1979, which led to the country's takeover by religious leaders. If you look at elements like the Muslim Brotherhood, how likely is a similar outcome in Egypt?

McCain: I am deeply, deeply concerned that this whole movement could be hijacked by radical Islamic extremists.

SPIEGEL: What is your assessment of the Muslim Brotherhood?

McCain: I think they are a radical group that first of all supports Sharia law; that in itself is anti-democratic -- at least as far as women are concerned. They have been involved with other terrorist organizations and I believe that they should be specifically excluded from any transition government.

SPIEGEL: Are you afraid that someone like Mohamed ElBaradei is instrumentalized by the Muslim Brotherhood?

McCain: Oh yeah, I think it's very clear that the scenario is very likely he could be their front man. He has no following nor political influence in Egypt. After all, he has lived outside of Egypt for most of his life.

SPIEGEL: A certain role of the Muslim Brotherhood in the transition process in Egypt seems acceptable to the Obama White House. Does that concern you?

McCain: It concerns me so much that I am unalterably opposed to it. I think it would be a mistake of historic proportions.

SPIEGEL: Could the events in Egypt lead to a domino effect in other countries of the region?

McCain: I don't think there's any doubt that this movement is spreading to other countries. I don't think Yemen is Egypt and I don't think Egypt is Jordan. Each Middle East country has their own unique kinds of challenges; but the fundamentals, the desire for democracy and freely elected governments is a common thread throughout.

SPIEGEL: Some people argue that the developments in Egypt mark the end of realpolitik.

McCain: I think that there is always an element of realpolitik that has to be present in the conduct of any nation's national security affairs. But, at the same time, we have to also have a balance between realpolitik and Wilsonian principles of freedom and democracy and human rights. And maintaining that balance is the greatest challenge that we in the West, including the Federal Republic of Germany, have to face because it's many times a very difficult decision-making process. If it was strictly realpolitik we wouldn't have a problem, things would be easy. But we are also advocates for the fundamental principles that all of us are endowed with certain inalienable rights.

SPIEGEL: Do you find it a little ironic that in a way we are seeing results now that the previous Bush administration was shooting for with its "freedom agenda"?

McCain: I think so, but my job right now is to work with President Obama in every way that I can to see that this incredibly difficult crisis comes to a successful conclusion. 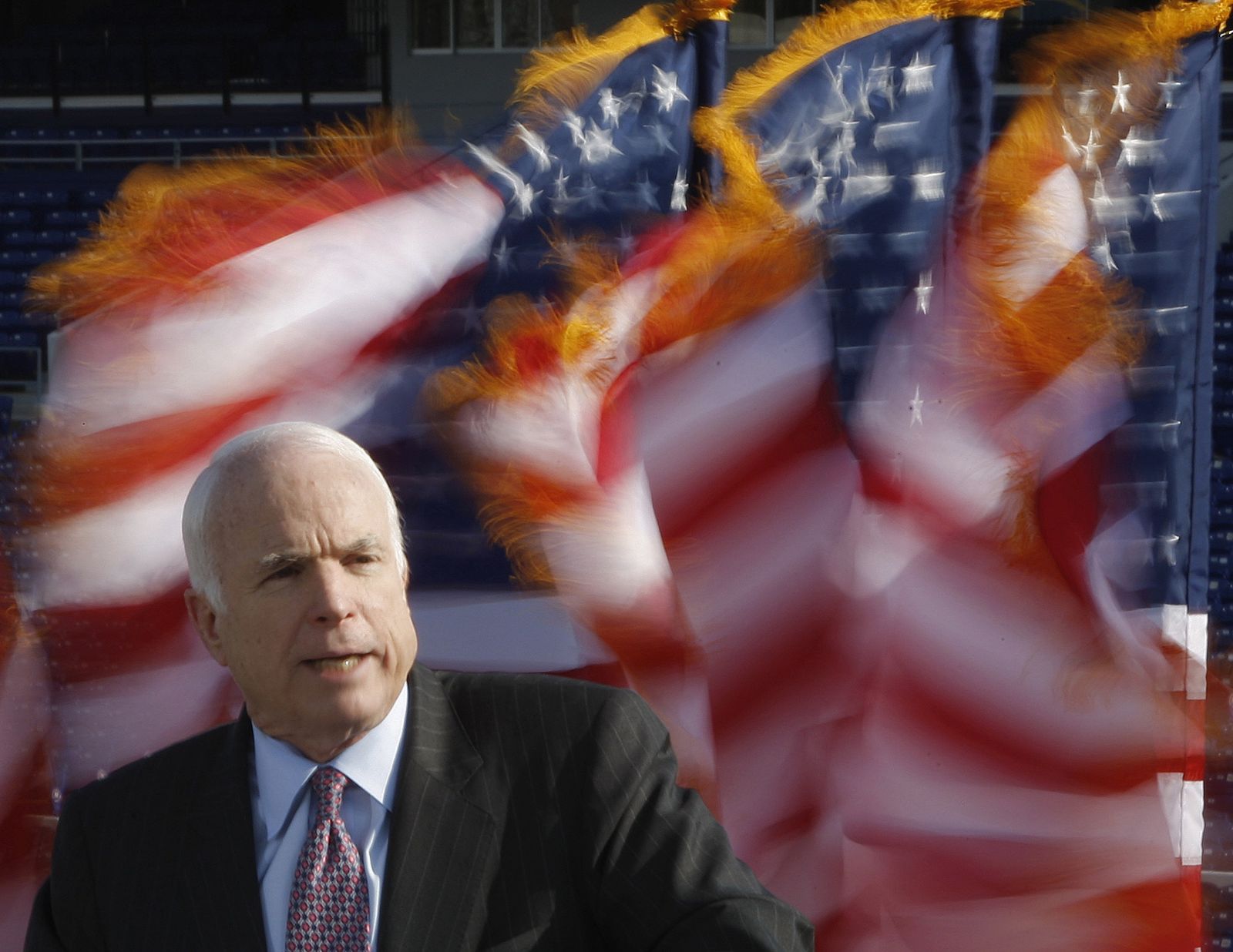 US Senator John McCain on creating a transition government in Egypt with the Muslim Brotherhood: "It would be a mistake of historic proportions."