Turkish mafia boss Alaattin Çakıcı has spent decades terrorizing rivals and those holding different political views than his own. As one of the leading figures of a right-wing extremist group called the Grey Wolves, which has focused its ire in the past on leftists, Kurds and Alawites, Çakıcı is thought to be responsible for at least 41 political murders. In 2004, a court sentenced him to 19 years in prison, in part for having his ex-wife murdered in front of their son.

A lot of people breathed a sigh of relief when he was locked up. One of the most dangerous enemies of Turkish democracy had been removed from public life for an extended period.

Now, though, Çakıcı is back. Last April, he was released from high-security Sincan Prison as part of an amnesty related to the coronavirus pandemic. Since then, he has increasingly become a voice in Turkish politics.

Shortly after his release, Çakıcı visited his ally Devlet Bahçeli, head of the right-wing extremist party MHP and President Recep Tayyip Erdoğan's coalition partner. In November, he issued a death threat to opposition leader Kemal Kılıçdaroğlu. "Watch your step," he wrote on Twitter. And when thousands of students took to the streets of Istanbul at the beginning of the year to protest the appointment of an Erdoğan confidant to the position of rector of the renowned Bosporus University, he branded the demonstrators terrorists.

Çakıcı's newly expanded public profile is the expression of a fundamental power shift in Turkey. For many years, Erdoğan pursued a religious agenda. But following the 2016 putsch attempt involving followers of the Islamist cleric Fethullah Gülen, he has turned to the ultra-nationalists. Since the presidential and parliamentary elections of 2018, he has governed in a coalition with Bahçeli's secular, right-wing extremist Nationalist Movement Party (MHP).

The party is the political arm of the Grey Wolves. It may only attract around 7 percent support in political surveys, but its importance has increased massively in recent months – as has the influence of Grey Wolves veterans like Çakıcı. Whether it is a conflict over natural gas with Greece, the fight against terrorism or Ankara's approach to minorities, government policy is increasingly influenced by the MHP.

Just how extensive the influence of the right-wing extremists has become could be seen in mid-March, when the chief public prosecutor, at Bahçeli's insistence, submitted an application to the country's highest court to ban Turkey's second-largest opposition party, the left-wing, pro-Kurdish Peoples' Democratic Party (HDP).

Erdoğan has been consistent in his efforts to avoid party bans. His own party, the Muslim-conservative Justice and Development Party (AKP), was almost prohibited in 2008. Ultimately, though, he succumbed to Bahçeli's pressure, say observers in Ankara. "Bahçeli has taken the most powerful man in Turkey as his hostage," says Turkish journalist Can Dündar. "Erdoğan carries the drum, but Bahçeli pounds out the beat."

Many Europeans see the Turkish president as a kind of modern-day sultan, who can do whatever he likes in Turkey. In fact, though, Erdoğan has never been strong enough to govern the country on his own.

Early on in his tenure, Erdoğan cooperated with the liberals, taking steps to prepare his country for accession to the European Union and opening Turkey up to foreign investors. Later, he formed a coalition with the Islamist Gülen movement, which shares Erdoğan's disdain for the secular elite. Together, Erdoğan and Gülen locked away hundreds of opposition activists, condemning them as terrorists in a series of show trials. When the Gülen movement became too powerful, he tried to strike a balance with the Kurds, with whom he introduced an historic peace process. Following the success of the HDP in 2015 parliamentary elections, though, he turned his back on them, too. The only partners left for him were the ultra-nationalists.

Presidential confidantes report that Erdoğan and Bahçeli actually can't stand each other. Erdoğan's roots are in the Islamist Milli-Görüş movement, which was oppressed in the 1980s and '90s by right-wing extremists and Kemalists in the state apparatus. He, himself, is hardly a passionate nationalist, with the community of Muslims, the umma, consistently more important to him than the nation. When he rose to power in 2003, he pledged to break with the right-wing extremist networks in the military, police and judiciary, the so-called "deep state."

Now, though, the "deep state" is more powerful than ever before. Because Erdoğan doesn't have enough loyalists of his own, he replaced Gülen movement followers in the judiciary, police and military with loyalists from the Grey Wolves following the 2016 putsch attempt, says parliamentarian Mustafa Yeneroğlu, a former member of the AKP leadership who has since switched allegiances to the liberal-conservative Democracy and Progress Party (DEVA). "Erdoğan has made precisely those powers that have fought against us for years into the covert rulers of the country," he says.

The right-wing extremists are no longer particularly shy about leveraging their grip on power. Those who dare criticize the MHP are threatened or, like the opposition politician Selçuk Özdağ, even attacked.

The deputy head of the Mulism-conservative Future Party of former Prime Minister Ahmet Davutoğlu, Özdağ had the temerity to point out inconsistencies in Bahçeli's political platform. In January, he was attacked by several club-wielding men in front of his home in Ankara, beaten so badly that he wound up in the hospital.

Özdağ isn't the only government critic who has been the victim of presumably right-wing attacks in recent weeks. In early March, journalist Levent Gültekin was beaten by 25 men in front of his Istanbul office after he referred to the MHP ideology on air as an "illness."

According to Özdağ, the situation in Turkey today is similar to how it was in the 1980s and '90s, when right-wing extremist groups, especially the Grey Wolves, hunted down their opponents. Thousands of leftists, Kurds and Alawites were murdered back then, frequently at the behest of the state.

Erdoğan tolerates the right-wing extremists. Even as tens of thousands of opposition activists have been arrested in Turkey over the past several years, the attacks on parliamentarians and journalists have gone unpunished. Mafia boss Alaattin Çakıcı has also been allowed to spread his message of hate with no consequences.

Erdoğan apparently can't afford to offend the MHP. The Turkish economy is mired in crisis, with the coronavirus pandemic having made the situation even worse. Meanwhile, Erdoğan's AKP has slipped in the polls to just 30 percent. His re-election to the presidency is entirely dependent on support from the right-wing extremists.

And re-election is all that the president cares about, with all of his other political goals coming second – particularly reconciliation with the Kurds. At one point, Erdoğan granted more rights to the Kurds than any Turkish president before him. He loosened the ban on the Kurdish language and invested billions in the infrastructure of southeastern Turkey, where the Kurds are in the majority. In 2013, he was on the brink of finding a political solution to the conflict with the Kurdish terrorist organization PKK.

Driven by the ultra-nationalists, though, the president has now returned to the bellicose policies of the 1990s. The former co-leader of the HDP, Selahattin Demirtaş, has been in prison since 2016, along with thousands of other HDP members. More than 50 Kurdish mayors were removed from office.

With the move to ban the HDP, Erdoğan and the right-wing extremist Bahçeli are taking the next step. They are trying to push the entire Kurdish movement out of Turkish politics. "It is our honorable duty to close the HDP on behalf of future generations so that they cannot return under a different name," says Bahçeli. The Constitutional Court may have sent the application back to state prosecutors two weeks ago due to formal errors, but hardly anybody in Turkey doubts that legal proceedings will be opened sooner or later.

The next presidential and parliamentary elections are scheduled for 2023. Observers believe that Erdoğan and Bahçeli could, though, call snap elections for as early as this fall in order to avoid the possibility of further economic deterioration. Just three days after prosecutors submitted their application for the ban of HDP, Erdoğan fired the head of the Turkish central bank and decreed his country's withdrawal from the Istanbul Convention, aimed at preventing violence against women.

Indeed, it looks as though Erdoğan is again pursuing the same strategy that has brought him victory in past elections: The radical polarization of Turkish society. 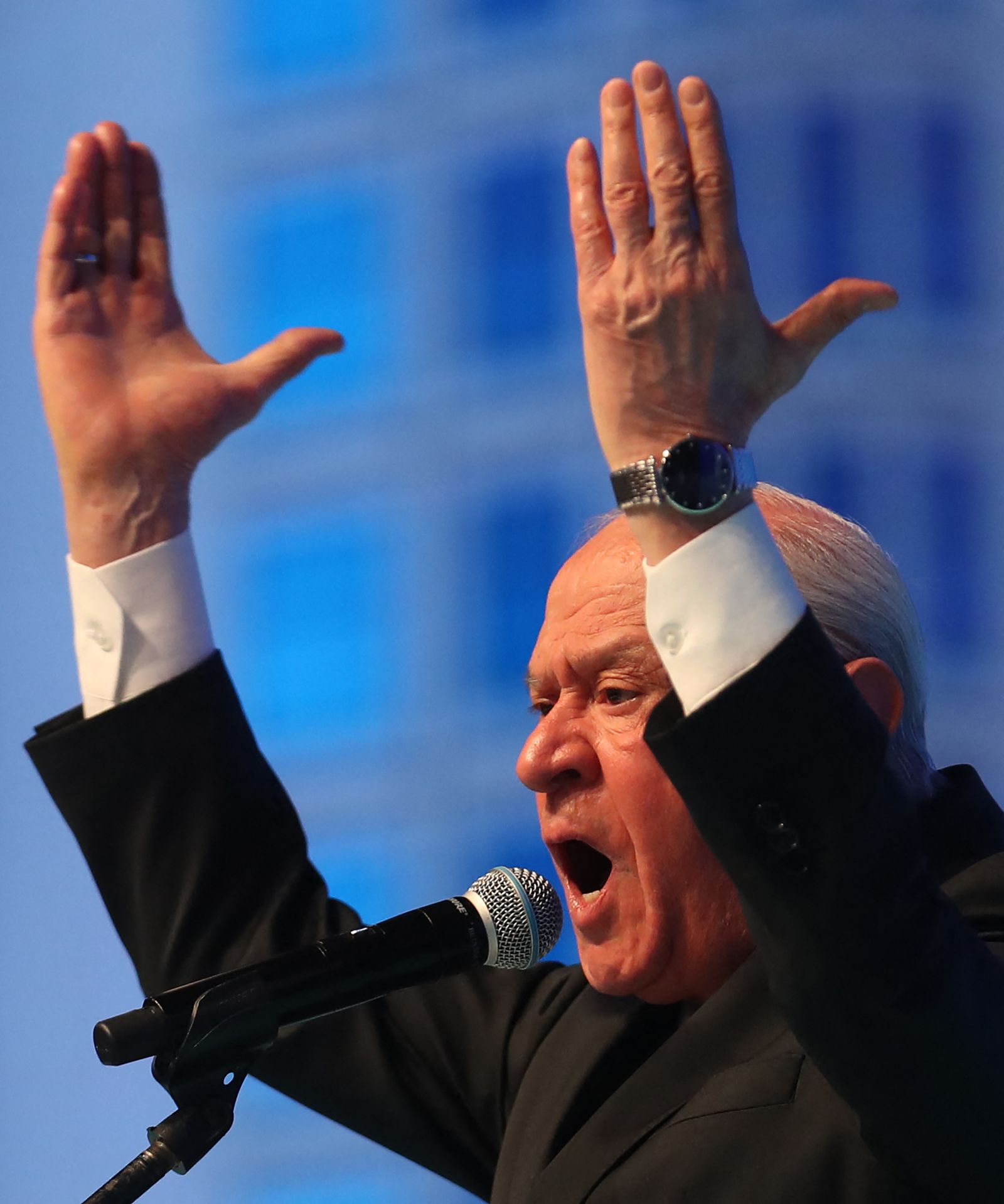 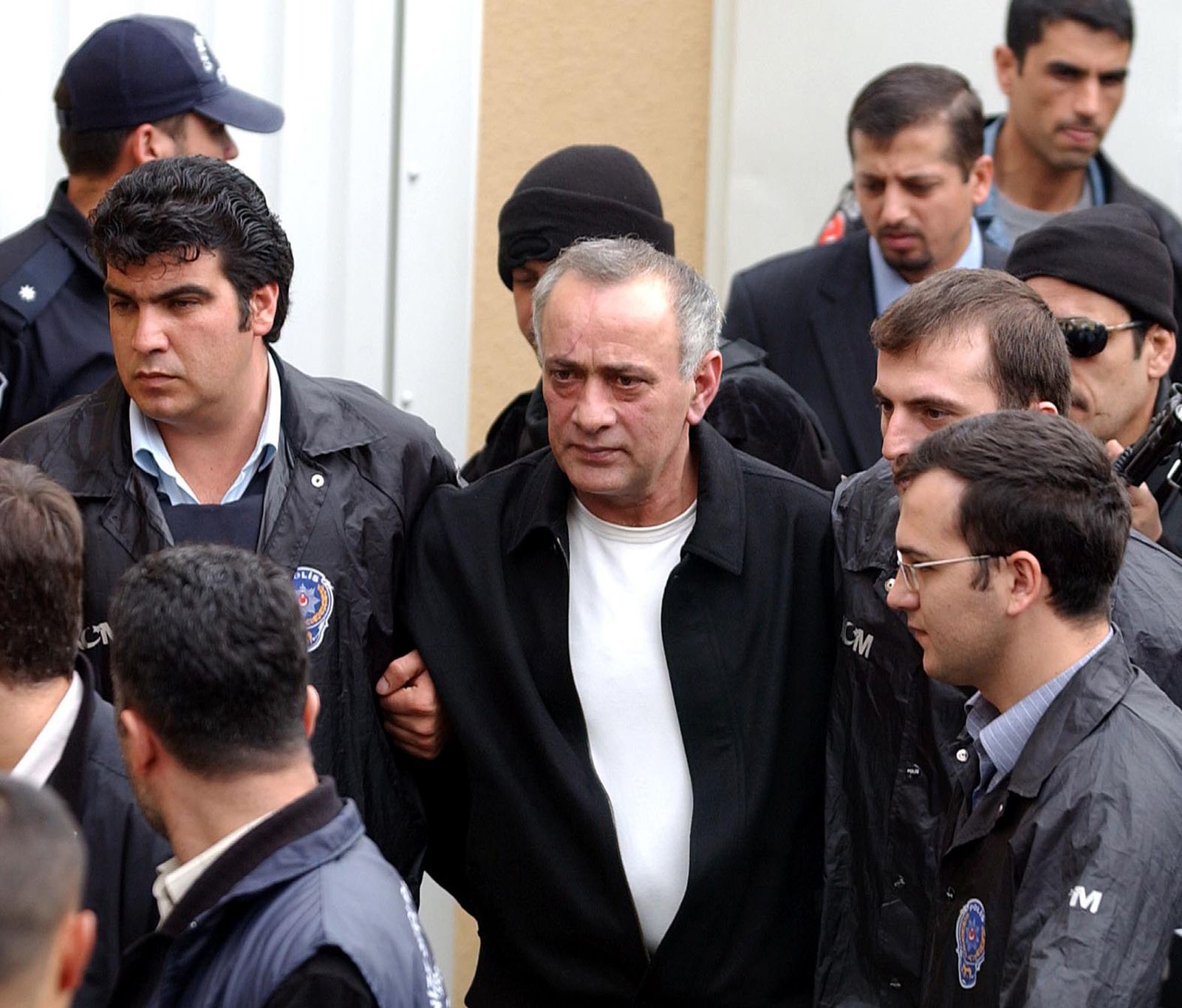