Dutch journalist Bette Dam, 36, spent eight years working as a journalist in Kabul. She's currently working on a biography of Mullah Omar, the reclusive Taliban leader whose death was acknowledged on Thursday. The confirmation by the Taliban followed reports by Afghan and Pakistani authorities earlier this week that the Islamist had perished some two or three years ago. Mullah Omar had been wanted since 2001 for providing a safe haven in Afghanistan to the late terrorist mastermind Osama bin Laden. The United States had even placed a $10-million bounty on his head.

SPIEGEL ONLINE spoke to Dam about Mullah Omar's death and the true extent of his influence within the Taliban.

SPIEGEL ONLINE: Recent reports that Mullah Omar died two or three years ago have now been confirmed by the Taliban. The news comes just a few weeks after the start of a peace process the Afghan government has initiated with the Taliban. Was the news a coincidence?

Dam: I don't think the timing is a coincidence. The pressure on both sides to have peace negotiations is bigger than ever -- and a lot is at stake. The information about Mullah Omar's death came from sources in Pakistan. Maybe Pakistan wanted to force the Taliban to name a new leader, because Mullah Omar had not been seen since 2009. As far as the Taliban is concerned, its members kept asking for a statement from Mullah Omar about the peace talks in recent weeks. So the leadership may have decided this was the right time to confirm his death. He might have been declared dead so the movement could move on.

SPIEGEL ONLINE: The CIA had been looking for Mullah Omar, and the US government had even placed a $10-million bounty on his head. Why did his death remain a secret for so long?

Dam: Mullah Omar was probably the world's most mysterious political leader. I think his role within the Taliban movement has been overestimated by the American Army and by the media. He was portrayed as the big enemy. But my research shows that he has not been heard from since 2001. He was sometimes seen in the area until 2009, and there were stories about him every once in a while -- that he had been seen in a mosque or somewhere else. Some say he was still commanding the Taliban, but there was no proof. He didn't exert a lot of political or military influence. The movement remained active without his guidance, and he became a stranger to many of his own people.

SPIEGEL ONLINE: Only last week, a statement allegedly written by Mullah Omar was published on a Taliban website. He called the peace negotiations "legitimate." How would you interpret this?

Dam: Obviously this message was not written by Mullah Omar. For my research, I have talked to Taliban who have written these statements in his name in the past. There was a common understanding that Mullah Omar was not involved at this level. I think we in the West really exaggerated his position as the leader of the enemy. In that sense, we never understood the enemy. The Americans didn't know Mullah Omar, and they misread his movements from the very beginning.

SPIEGEL ONLINE: Very little is known about Mullah Omar as a person. What motivated you to write a book about him?

Dam: I saw this misconception of who the real enemy in Afghanistan was. I realized that, more than we think, the corrupt Afghan government, with its warlords fighting each other, was also the enemy. Often bombs were attributed to the Taliban, but were they always behind it? Hardly any journalist was talking to the Taliban. So, I found it necessary to portray the Taliban movement and its leader, to explain who they are. As a result of that research, the book will explain why the West is losing the war in Afghanistan.

SPIEGEL ONLINE: How did you conduct the research for your book?

Dam: From the perspective of living in Kabul, the Taliban were scary. But after traveling extensively in the south, where many Taliban come from, I saw it differently. The Taliban were happy to talk, they felt misunderstood. For example, they considered it an important gesture that most of Taliban members surrendered to President Hamid Karzai after 9/11 and handed over their weapons. But the US and some of its allies didn't accept a Taliban surrender and sent armies in to chase them. When I first approached them, I had to gain their trust, of course. But after a while, they were much more accessible than I had expected.

SPIEGEL ONLINE: What image of the Taliban emerged during your research?

Dam: One of the interesting points is that Mullah Omar was a person who was very interested in the West. He really trusted the United States in the beginning, because they had helped him during the jihad in the 1980s to expel the Soviets. In 1996, when he became the leader of the Taliban, the first thing he expected to happen was the reopening of the US Embassy in Kabul. Instead, a big cultural misunderstanding ensued because what we saw, of course, was the Taliban's treatment of women, the stonings. Although it is true these things are horrible, there was also a context in Afghanistan: the civil war. Women were being dragged off the streets, gang raped and murdered. They put women in bags and threw them in the water. A lot of tribes were killing each other.

SPIEGEL ONLINE: To what extent did the Taliban restore order amid this chaos?

Dam: Religion became a tool to bring back rule of law, and often many Afghans supported this. If you put that into consideration, the Taliban were a local movement that could repeat itself tomorrow, because there is support for it, especially when the security situation is deteriorating.

SPIEGEL ONLINE: Now that his death has been confirmed, what will the legacy of Mullah Omar's leadership be?

Dam: What people in Afghanistan will tell you about him is that he was a poorly educated man, a simple mullah, but that he also opposed corruption. According to some, he was also respected because he installed the first Islamic state in Afghanistan. Of course, he also had enemies who thought differently. But, overall, what people often mentioned to me is that Afghanistan, until 2001, was 90 percent safe and no more than 10 percent corrupt.

Bette Dam, 36, lived in Afghanistan for eight years. The Dutch journalist has reported for CNN, the Global Post and the Guardian. 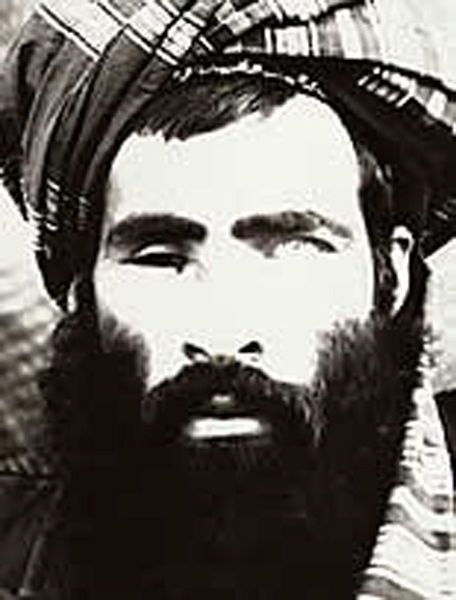 An alleged photo of Taliban leader Mullah Omar: "His role within the Taliban movement has been overestimated by the American Army and by the media."