For journalists covering Cannes Film Festival, gaining access to the stars has always been tricky. But this year, Canadian journalists were surprised to receive a price list from the distribution company Alliance Films. It is the first time in Cannes history that journalists have been charged fees in exchange for interviews with Hollywood celebrities.

For €2,500 ($3,190) journalists could buy a 20-minute interview with Brad Pitt, who is starring in the competition contender "Killing Them Softly." A slot with Kristen Stewart, who appears in "On the Road," can be bought for around half that price.

Alliance Films will distribute the films in Canada. The price list varied according to whether it was a group interview, or for TV or print, Canadian press reports said.

German journalists requesting an interview with Nicole Kidman and Matthew McConaughey, featuring in the film "The Paperboy," were also told that they would have to pay.

The Canadian distribution firm's protocol-breaking strategy is part of a bid to counter the massive costs associated with Cannes. Transporting film stars, and their extensive entourages, by private jet to the luxury French Riviera resort can cost hundreds of thousands of dollars.

Alliance Film told Canadian media that it was not selling interview slots, saying that the company decided not to contribute to the high cost of Cannes publicity and was merely seeking to facilitate celebrity interviews that might otherwise not be made available to Canadian journalists. The company claims that press junkets are usually organized by a film's producers and that distributors "are charged for access." In this case, the company decided to pass those costs on to journalists.

Nevertheless, the fees have generated considerable controversy since they were revealed earlier this month. Many journalists are spurning the offer of buying interviews, arguing that they do not want to start an expensive precedent. 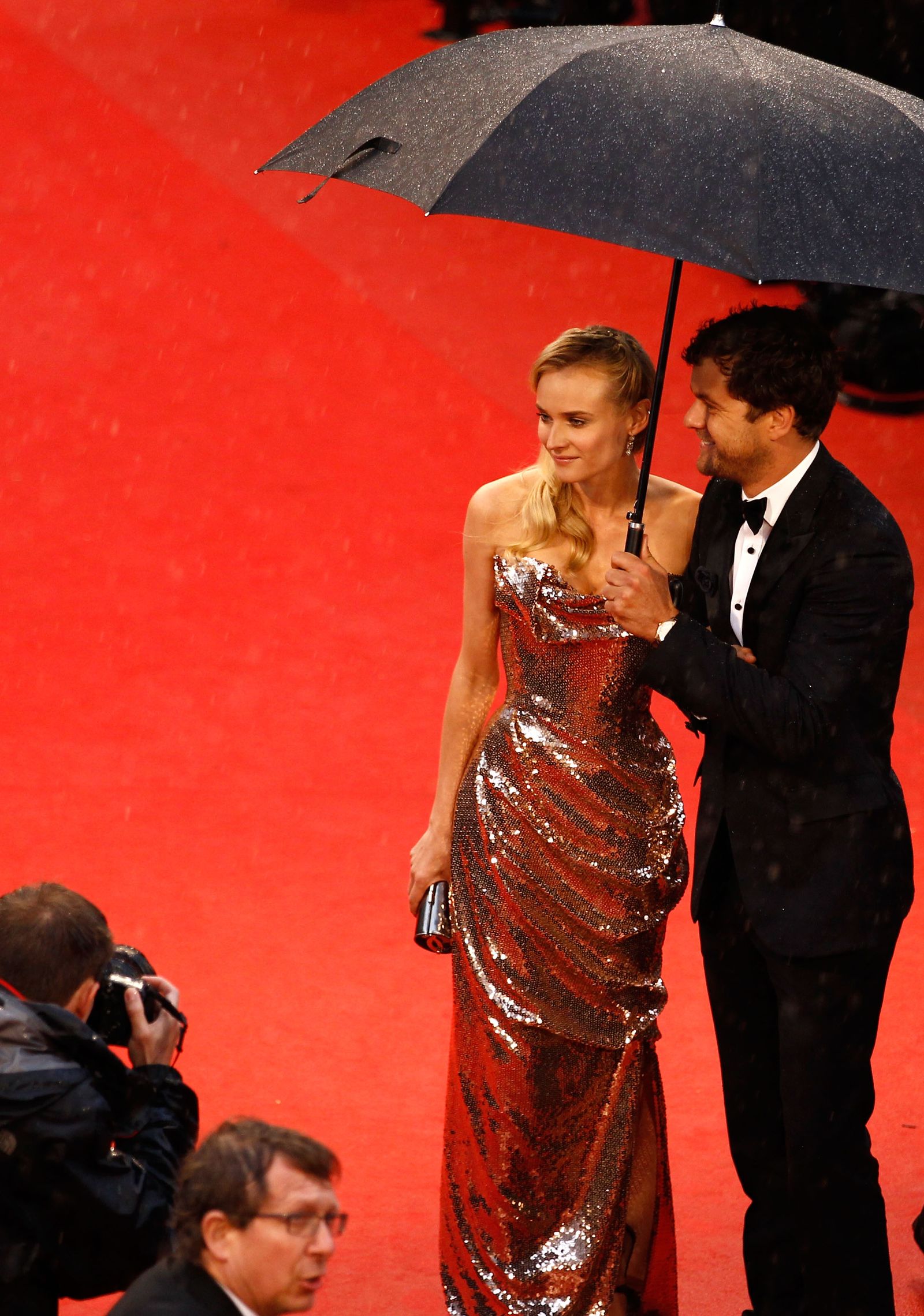 Actors Diane Kruger and Joshua Jackson at the "Amour" premiere during the 65th Annual Cannes Film Festival on May 20.