US President Barack Obama gets precious few opportunities to announce a victory. So it's no wonder he chose grand words on Sunday night as the TV crews' spotlights shone upon him and he informed the nation about the deadly strike against Osama bin Laden. "Justice has been done," he said.

It may be that this sentence comes back to haunt him in the years to come. What is just about killing a feared terrorist in his home in the middle of Pakistan? For the families of the victims of the 9/11 attacks, and for patriotic Americans who saw their grand nation challenged by a band of criminals, the answer might be simple. But international law experts, who have been grappling with the question of the legal status of the US-led war on terror for years, find Obama's pithy words on Sunday night more problematic. 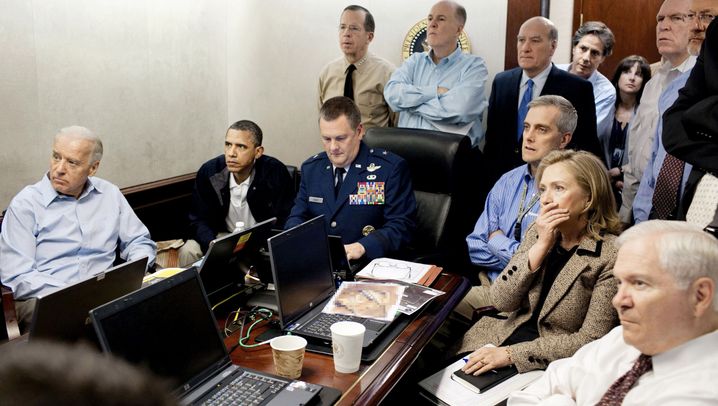 Claus Kress, an international law professor at the University of Cologne, argues that achieving retributive justice for crimes, difficult as that may be, is "not achieved through summary executions, but through a punishment that is meted out at the end of a trial." Kress says the normal way of handling a man who is sought globally for commissioning murder would be to arrest him, put him on trial and ultimately convict him. In the context of international law, military force can be used in the arrest of a suspect, and this may entail gun fire or situations of self-defense that, in the end, leave no other possibility than to kill a highly dangerous and highly suspicious person. These developments can also lead to tragic and inevitable escalations of the justice process.

It is unfortunate. And it is certainly no reason for the indescribable jubilation that broke out on Sunday night across America -- and especially not for applause inside the CIA's operations center.

Not Everything the US Declares To Be War Really Is

But Obama and his predecessor Bush never sought the kind of justice that would have seen bin Laden tried in an international court. As early as his election campaign in 2008, Obama swore he would "kill bin Laden" and finish the job begun by his predecessor after 9/11. "We went to war against al-Qaida to protect our citizens, our friends and our allies," the president explained on Sunday night. A US national security official didn't beat around the bush, telling Reuters, "This was a kill operation." And why shouldn't it be? The very goal of war is the defeat of the opponent, the killing of enemies through legal means. War is war. 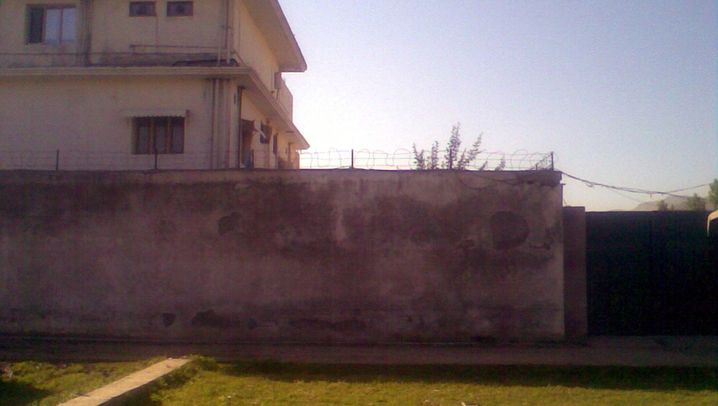 In truth, it isn't quite that simple. And not everything that the United States declares to be war really is. Legal experts like Kress say it is "questionable whether the USA can still claim to be engaged in an armed conflict with al-Qaida."

It was certainly still war when Bush began the invasion of Afghanistan in 2001. Operation Enduring Freedom targeted the Taliban government in Kabul as well as Osama bin Laden's terrorist organization which it backed. At the time, al-Qaida maintained bases and training camps in Afghanistan -- just like a warring party, in fact. The war on terror was understood to be an "asymmetrical war," and the laws of war also permit the targeted killing of non-state combatants, provided they are really combatants who are organized in units with a military-like character, and that they are integrated into those units either as armed fighters or as a leader who issues commands.

For years, Osama bin Laden was, without a doubt, a combatant according to the latter definition. Many terror experts today, however, doubt that definition still applied to him in the end. "Al-Qaida has obviously had a network structure for some time. In a network, it isn't clear who gives the orders in individual instances," Kress says. "Outsiders also know very little about al-Qaida's structures in the Pakistani border areas. It is in no way certain that bin Laden still had the authority to issue commands as head of a quasi-military organization."

But if bin Laden was no longer a leader, it would no longer be permissible to treat him as an enemy combatant or kill him. 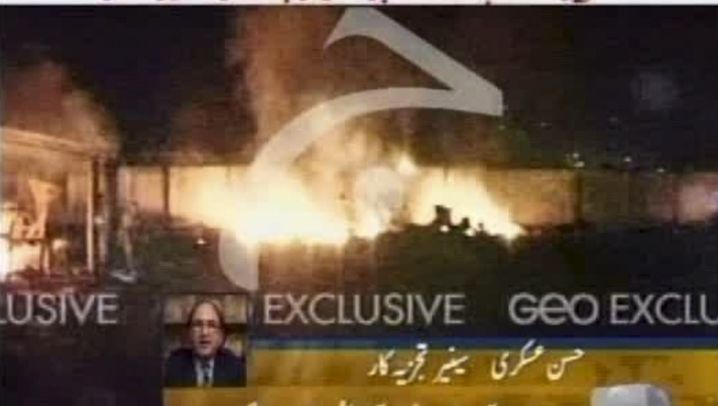 Nor is it clear which conflict this operation was actually part of. The operation didn't take place on the actual battlefield of Operation Enduring Freedom, i.e. in Afghanistan, but rather on Pakistani territory. On this point, too, the official American view of international law also diverges from that of most experts on the subject. The commanders of the war on terror consider the entire world to be a battlefield. The US would seek to justify a military operation like the one that took place Sunday anywhere it believes the enemy is hiding -- regardless whether it be in Europe or Islamabad.

Kress and the vast majority of other experts on the law of armed conflict find this view unacceptable. "The theater of an asymmetrical conflict is regularly confined to the territory of the country in, or from, which the non-governmental actors act in quasi-military ways," says Kress. "Anything else would lead to the incalculable escalation of the use of force." Or is another asymmetrical war raging on Pakistani territory today, with al-Qaida waging war against the government there? If so, what role does the Taliban play in this conflict? Or bin Laden, for his part?

"It is in no way clear that bin Laden, at the time of his killing, commanded an organization that was conducting an armed conflict either in or from Pakistan," Kress says.

What Business Did the US Have in Pakistan?

And what business did the United States even have acting within the territory of Pakistan, a foreign power? A military strike that crosses national borders, barring acts of self-defense, is generally viewed as an infringement on sovereignty -- unless Pakistan's government requested help from the Americans.

Did Islamabad actually make that request? Obama sought to gloss over the subject on Sunday night. "Tonight, I called President Zardari, and my team has also spoken with their Pakistani counterparts. They agree that this is a good and historic day for both of our nations."

But was Sunday a good day for justice?

For years, the very principle of international law has been to pursue justice rather than war. On Sunday, Obama said that bin Laden's fate is a "testament to the greatness of our country." If the United States had used the same power it deployed during the invasion of Iraq to force tyrants such as Saddam Hussein or Moammar Gadhafi -- not to mention the mass murderer Osama bin Laden -- into the dock of an international court, one might have believed him. 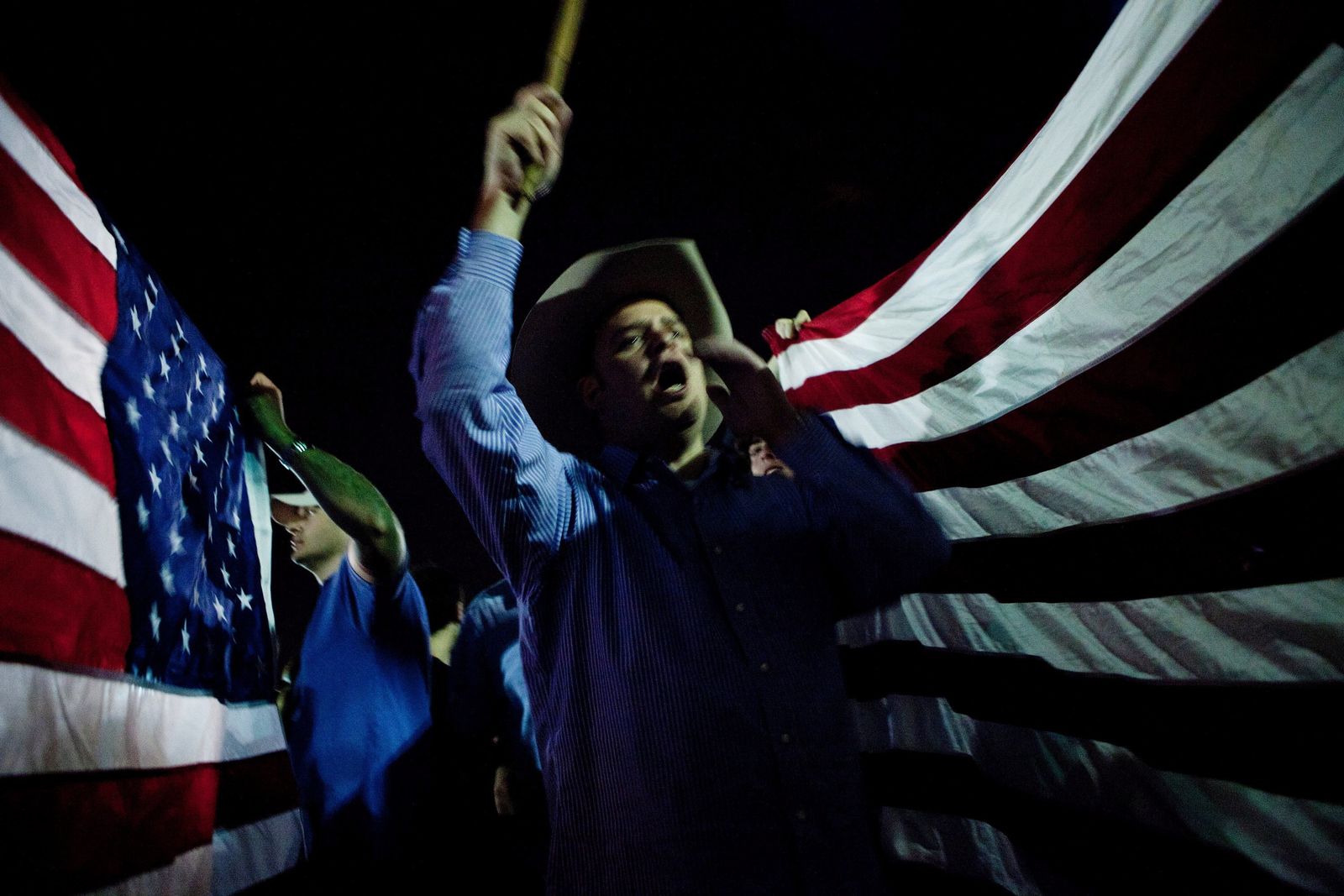 A victory celebration on Pennsylvania Avenue in Washington on Sunday night.