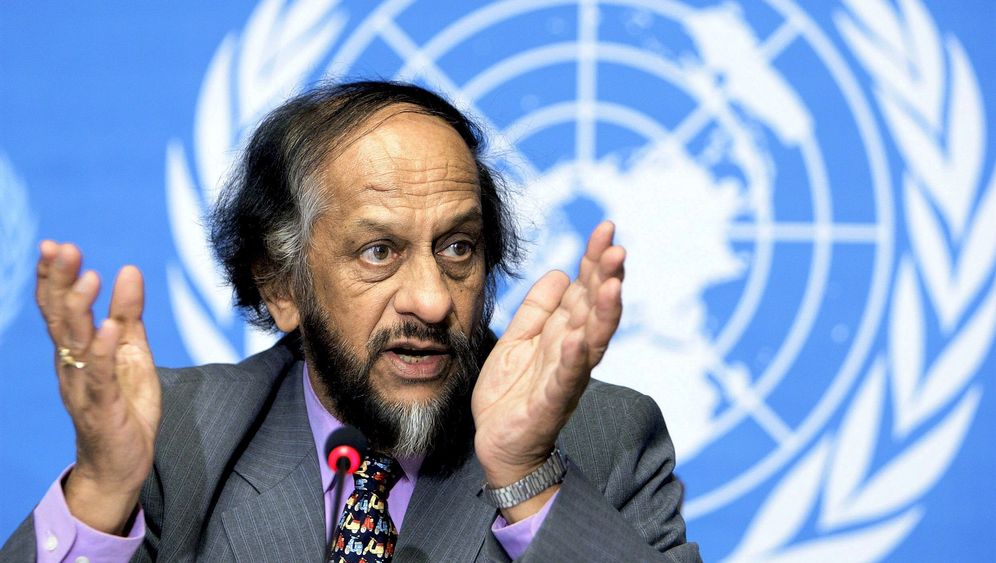 Photo Gallery: The US and the IPCC

The United Nations Intergovernmental Panel on Climate Change (IPCC) is a unique construct. It is made up of scientists who are tasked with monitoring the global climate. Exactly who those scientists are, however, is often a political question.

There are 3,000 of them in the IPCC, a group which won the Nobel Peace Prize in 2007. Every five years, the IPCC publishes an assessment report, a document which examines the health of the world's climate -- and one which goes a long way toward determining international climate policy. But just how much influence do politicians have on the group?

A cable sent from the US State Department on Sept. 2, 2008, and written by then-Secretary of State Condoleezza Rice, hints at the answer. The subject was the make-up of one of the three main working groups responsible for the report. Members were to be elected in a secret vote by the World Meteorological Organization in Geneva a short time later.

Serious Strike Against Him

In the eyes of the administration of President George W. Bush, one of the candidates, the internationally renowned forest expert Mostafa Jafari, had a serious strike against him: He was Iranian and employed by the government in Tehran.

"The US delegation is working actively to prevent the election of an Iranian scientist to the developing-nation co-chairmanship of Working Group Two, a position which would pair him with a US scientist … (in) the same group," Rice wrote. That, she continued, would be "problematic and potentially at odds with overall US policy towards Iran."

Withdrawing the US representative was out of the question. "Having a US co-chair at the IPCC significantly bolsters US interests on climate change, a key foreign policy issue," the State Department dispatch reads.

The dispatch makes it clear that the head of the IPCC, Rajendra Pachauri, had been contacted. He had "agreed to work on this issue to avoid the potential for disruption to one (of) the organization's three core working groups." The words "please protect" stands in parenthesis behind the passage. Secretary of State Rice clearly did not want her efforts at influencing the decision to create problems for Pachauri.

Rice favored two other candidates, one from Argentina and another from Mali. To ensure success, she asked her ambassadors to encourage delegations from allied countries to support the cause. "The US delegation ... contacted the German delegation," the dispatch note. It was good that they did. The Germans had their eye on the expert from Mali as a potential co-chair for a different working group, one co-led by Ottmar Edenhofer, deputy director of the Postdam Institute for Climate Impact Research located outside of Berlin.

In the end, the Argentinian candidate was elected -- Jafari wasn't even on the ballot. It was likely a financial argument which did the trick. The IPCC's modest budget comes from pledges from individual countries. And Rice used precisely this lever: Should the Iranian be elected, she threatened, it "would significantly complicate the US commitment to funding the Working Group."

2 Bilder Photo Gallery: The US and the IPCC