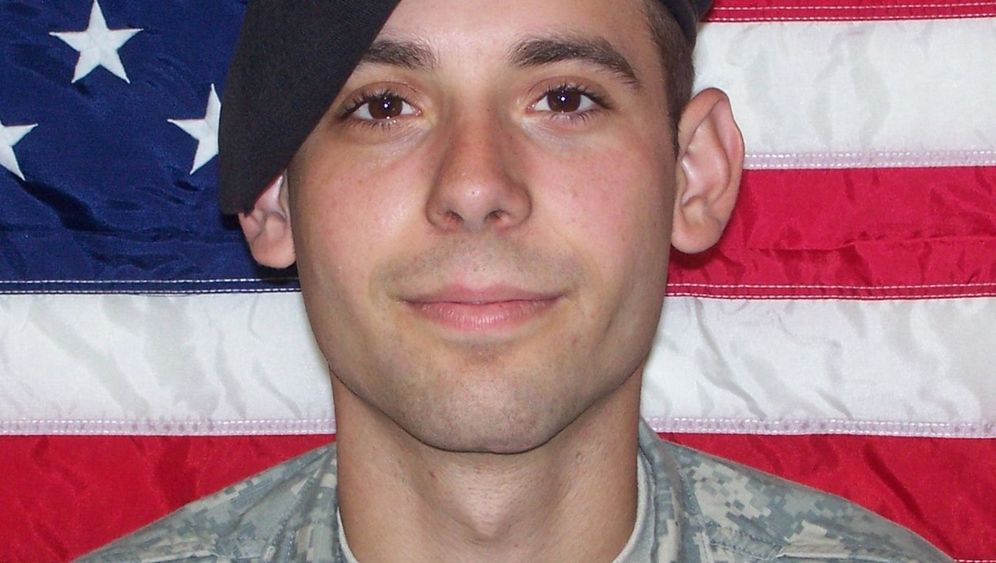 The grisly images shocked the world when they emerged this spring. The pictures showed US soldiers posing with the bodies of Afghan civilians they had deliberately murdered. SPIEGEL was among the first to publish an account of the killings.

Three of the five members of the so called "kill team" from the 5th Stryker Brigade have already been sentenced for their part in the crimes, and on Monday the court saw testimony against the alleged ringleader as he went on trial at the Joint Base Lewis-McChord in the state of Washington.

Staff Sgt. Calvin Gibbs entered a plea of not guilty to 16 criminal charges that include murder and cutting off victims' fingers to save as souvenirs during patrols in the Kandahar province. Three of his former comrades on the five-member "kill team" have plead guilty and agreed to testify against Gibbs, who was allegedly the group's leader and also carried the highest rank. If convicted, the 26-year-old faces up to life in prison.

Fellow former soldier Pvt. Jeremy Morlock, who admitted to his part in the crimes and was convicted to 24 years in military prison earlier this year in a deal that included testifying against Gibbs, also appeared in court. Considered to have been Gibbs' main accomplice, he told jurors that Gibbs had a fundamental scorn for Afghans, describing how his superior officer had cut the fingers from the murdered corpses as trophies.

When Gibbs took over the platoon in the southern Afghan province in November 2009 after his predecessor was severely wounded in an insurgent attack, he spoke of revenge, Morlock told the court. In one of the three civilian murders which Gibbs stands accused of taking part in, Morlock described how he himself and another soldier, Andrew Holmes, lured a young, unarmed farmer from a field before lobbing a grenade at him. Holmes then fired off a few shots with his weapon to give the impression that a fire fight had taken place, he recalled.

Already sentenced to seven years for his involvement, Holmes told the court that Gibbs then played with the victim like a puppet before he cut off one of his fingers, giving it to Holmes as a memento.

The "kill team," who allegedly murdered three civilians with guns and grenades between January and May 2010, was out of control, prosecutor Capt. Dan Mazzone told the court. Its leader Gibbs was described as an intimidating sociopath by co-defendants and other unit members. Jurors saw graphic photographs, one of which shows Morlock standing over a victim's bloodied corpse as though it is a hunting trophy.

But Gibb's lawyer Phil Stackhouse told jurors that the soldiers testifying against his client, who maintains that he thought the three killings were justifiable combat engagements, were misplacing blame. "What you are seeing in this case is the ultimate betrayal of an infantryman," Stackhouse said, according to news agency AP.

According to Stackhouse, who sought to place the blame for the killings with the other soldiers, many members of the unit were regularly smoking hash when Gibbs arrived. But he also admitted that Gibbs did take victims' fingers, saying that while it was wrong, soldiers are taught to emotionally distance themselves from war casualties.

Meanwhile prosecutors said that Gibbs also led a group assault and used the severed fingers to threaten Pfc. Justin Stoner, who had reported drug use within the unit. When investigators looked into his beating, Stoner ended up prompting the larger war crimes probe when he revealed that his fellow soldiers had killed civilians.

A verdict is expected for Gibbs next Friday.

Pfc. Andrew Holmes has already been sentenced to seven years. Spc. Andrew Winfield was sentenced to three years for his involvement in the third killing. He initially alerted his parents to the situation after the first killing, but their attempt to tell authorities failed. Winfield, who described Gibbs as "evil incarnate," said he participated in the third killing because he thought Gibbs might kill him if he didn't.

A soldier involved with the second killing, Spc. Michael Wagnon, is scheduled for court martial in January 2012.