He wanted to do everything differently, using deals instead of alliances, pressure instead of strategy. Even among Donald Trump's critics, there were many who long thought it might be a bad way to approach foreign policy. After all, preceding U.S. presidents had all struggled for years to find solutions to the same set of apparently insoluble crises: Afghanistan, Iran, North Korea.

Donald Trump made a complete break with traditional U.S. foreign policy. He got rid of the experts in the State Department and discarded the tools of diplomacy --negotiations, trade-offs and the weighing of interests. The guiding principle was "disruption." Trump claimed that he could solve conflicts purely with his charisma and his imagination. After all, didn't the tech companies in Silicon Valley likewise remodel the world with their innovations?

Now, though, the failure of Trump's approach has become obvious to all. Disruption might be a model appropriate for Google and Facebook, but not for global politics.

On Tuesday, Shiite militiamen attacked the U.S. Embassy in Baghdad, likely at the behest of Iran, and the ambassador had to be evacuated along with embassy staff. On Thursday night, the U.S. responded by killing the commander of the Iranian Quds Force, Qassem Soleimani, in a missile strike in Baghdad. Soleimani was considered to be the second-most powerful man in Iran and his assassination is nothing short of a declaration of war. At almost the exact same time, North Korean dictator Kim Jong Un threatened to carry out new nuclear weapons tests. Two crises that Trump had promised to contain have now become more acute and threatening than they had been for some time.

The Epitome of Trump's Capriciousness

The killing of Soleimani is the epitome of Trump's capriciousness. The ploy of unexpectly changing directions, of making threats and surprise attacks has not managed to extricate the U.S. from the Iraq-Iran-Syria quagmire. Washington has continued to be dragged into conflicts in the Middle East. Ever since the U.S., under Trump's leadership, backed out of the nuclear deal with Iran, Tehran has changed course. It has responded to the Trump administration's strategy of "maximum pressure" with provocations, for example by attacking American facilities in the Middle East. The Iranian regime had hoped the approach might force the Trump administration back to the negotiating table.

Now it looks as though the reciprocal attacks could lead to catastrophe. The U.S. killing of Tehran's most important general, a man celebrated by the regime as a kind of folk hero and revolutionary freedom fighter, marks the continuation of this confrontation. It is a dramatic, shocking move that Tehran can hardly leave unanswered. Trump has said he isn't interested in war, but his course of action is heading toward exactly that.

That is the greatest danger currently facing the world, but it isn't the only potentially dangerous consequence of Trump's instinctual foreign policy. North Korea's Kim Jong Un also remains unpredictable. For a brief moment, it looked as though he might respond positively to Trump's personal approaches and scale back his nuclear program in exchange for economic concessions. Since his bellicose New Year's address, however, in which he directly threatened America, it has become clearer than ever that the Bomb is more important to Kim than economic relations with the U.S.

Triggering a War by Accident

Trump's failure holds a lesson both for the U.S. government and for the Europeans: Namely that blatant pugnacity may be appropriate for political campaigns, but it has no place in diplomacy. Foreign policy is both arduous and dangerous. It requires endurance, humility and a willingness to compromise.

The nuclear deal with Iran assembled by former U.S. President Barack Obama didn't prevent the regime in Tehran from fomenting strife in the region either -- and Qassem Soleimani was Iran's most important tool for doing so. Nevertheless, Obama's attempt to break down the Iran problem into its component parts was the right approach. Large conflicts must be solved step-by-step rather than with a single, grandiose deal: you cease working on the development of nuclear weapons and we'll loosen sanctions. That's how diplomacy works. Europe should continue taking this approach.

The North Korean example demonstrates just how important it is to involve political professionals. Trump, though, has no respect for experts. By getting rid of countless staff members, he has essentially sidelined the State Department, and in negotiations with Pyongyang, this ignorance made itself felt. Trump relied heavily on the supposed friendship he thought he had with Kim, failing to understand -- and there was apparently no one around to tell him -- just how important nuclear weapons are for Kim's own grip on power. That is the only explanation for why Trump was unable to secure at least a temporary stop to the North Korean nuclear program in exchange for the 2019 summit with Kim in Hanoi.

There is nothing wrong with courageous, surprising foreign-policy initiatives. Former German Chancellor Willy Brandt's rapprochement with the Soviet bloc made the world a safer place. But they have to be carefully prepared and carefully applied. Diplomacy is a serious undertaking. Those who don't approach it with the gravity it deserves risk triggering a war by accident. 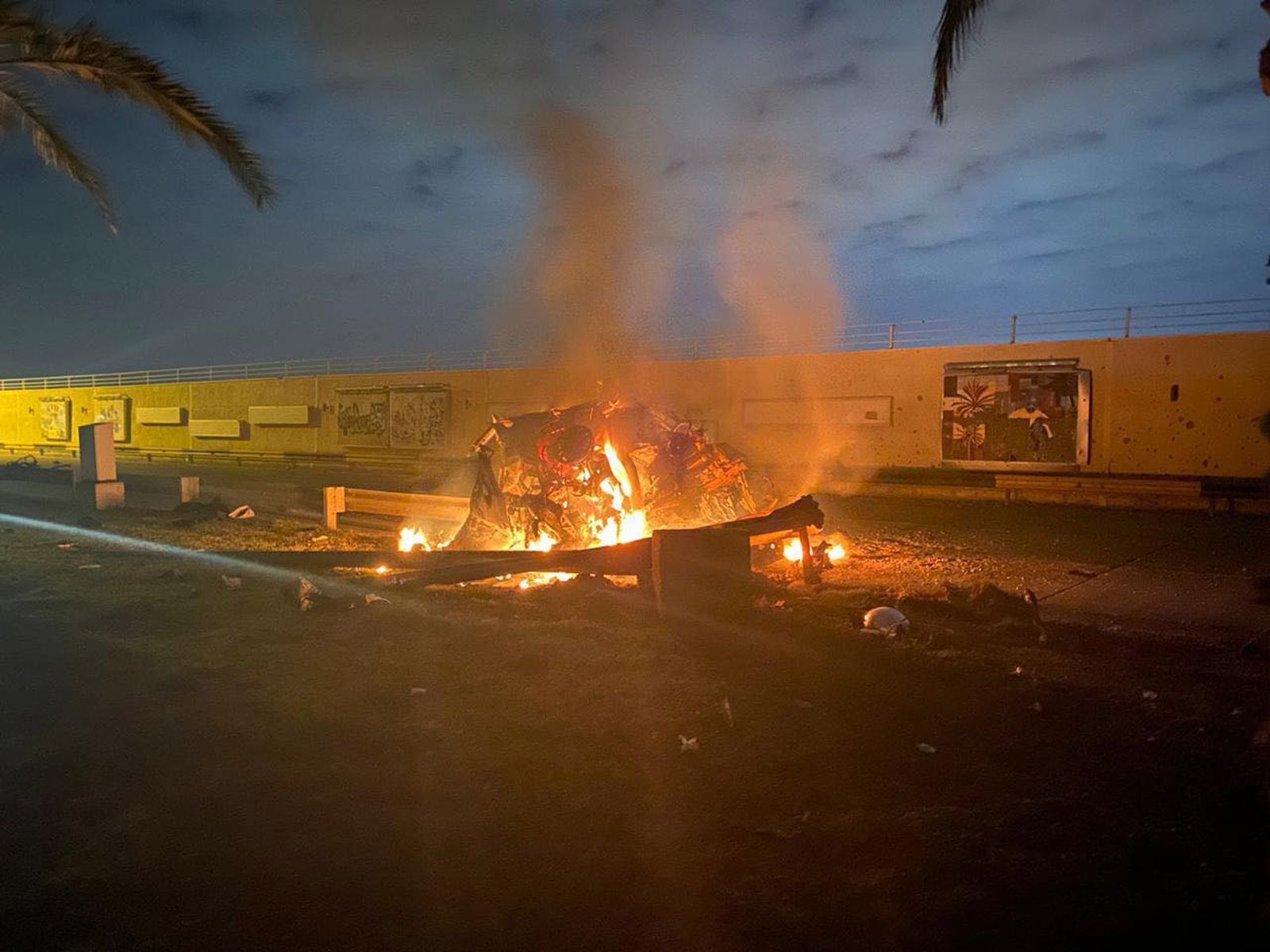 Iranian General Qassem Soleimani was killed in a U.S. drone strike in Baghdad on Thursday night.