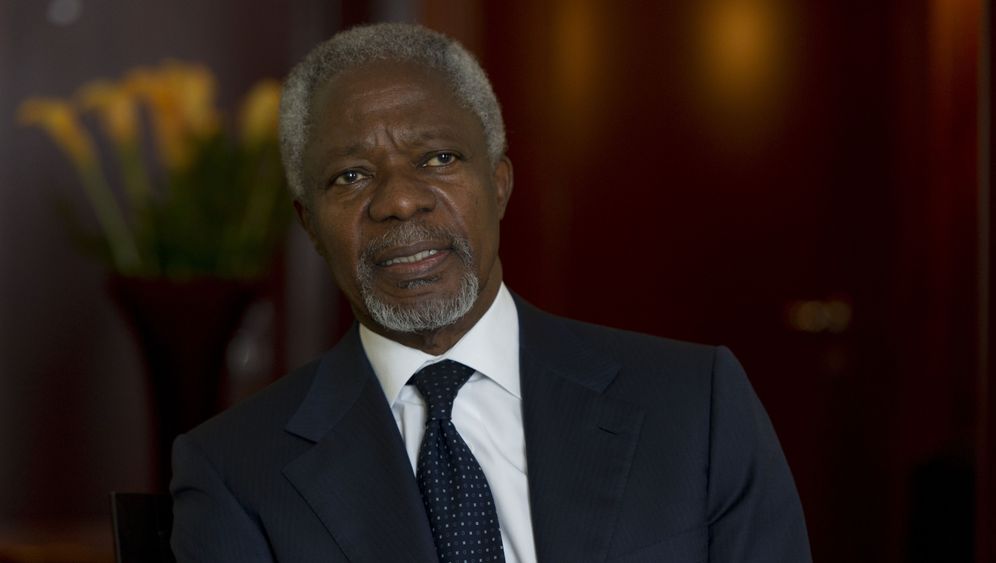 Photo Gallery: A Look at the UN's Millennium Goals

SPIEGEL: Mr. Annan, you were the United Nations secretary-general when, in 2000, the UN pledged to drastically reduce global hunger and poverty. What kind of progress report would you give to the international leaders gathering on Monday in New York?

Annan: The results are mixed. Some countries have achieved a lot, but overall the challenges of the next five years and beyond remain very big. Countries like India, China and Brazil have managed to liberate millions of people out of poverty. In many countries more children are attending school, the provision of clean drinking water has improved and infant mortality rates have declined. However, there are also countries, especially in Africa, where the situation has barely improved and in some ways has even worsened. The hunger problem has also been exacerbated: Once again close to 1 billion people are starving worldwide. In an age of great prosperity and incredible technological progress, that is simply not acceptable.

SPIEGEL: The closing statement of the New York summit, which has already been written, states that the millennium goals can be achieved "even in the poorest countries." But there still aren't any specific, concrete financial and action plans. Are you still optimistic?

Annan: I would be very surprised if all the countries achieve all the goals. There will certainly be great steps forward but they won't be the same everywhere. And even if we do achieve all the objectives by 2015, we'll still have a long way to go before we achieve a world free of hunger and poverty. I am nevertheless optimistic we can and will achieve this goal, because the development of poorer countries is also in the best economic and security interests of the rich industrialized nations.

SPIEGEL: What needs to happen?

Annan: The most important thing is that the governments of developing and developed countries reflect on their promises to one another and refocus their joint efforts on implementing them. Understandably, the global economic crisis and its effects have often taken center stage over the past two years. Painful domestic problems have pushed the need for a global development policy into the background. Now the situation has improved in many countries, including Germany, I very much hope that these countries not only remember the promises they made, but also realize that achieving the Millennium Development Goals will benefit everyone -- and that they act accordingly.

SPIEGEL: Many countries, including Germany, are providing less development aid than they promised and are far off the decades-old commitment to set aside 0.7 percent of gross national product (GNP) for development aid. The New York closing statement includes no reference to this goal. What are the consequences of this?

Annan: Of course it's not just about the money but also about the effectiveness of the aid. But the two things go together and shouldn't be pitted against each other. Certainly the global financial and economic crisis has torn large holes in many state budgets and some governments are finding it difficult to meet their commitments. Other countries have managed nonetheless. Germany was well on its way to gradually achieving the 0.7 percent target, but now it is falling behind. I regret that very much. In our closely interconnected, globalized world, development aid benefits both donors and recipients. I know this is not always easy to convey -- especially when poverty and hunger exist in one's own country -- but politicians must strive to do so. The message has to be that development aid isn't charity, but a useful and necessary investment in a safer, fairer and ultimately richer world.

SPIEGEL: The Global Fund to Fight Aids, Tuberculosis and Malaria to which states, industry, foundations and non-governmental organizations contribute, is supposed to help ensure as many countries as possible achieve the millennium goals. Many governments keep their contributions at a stable level or are even increasing them. In 2012, however, Germany wants to reduce its financial contribution by €400 million, or two-thirds of the current level. Can you understand the move?

Annan: It would be tragic if Germany were to cut its contribution to the Global Fund. When we last spoke here in Berlin about financing the Global Fund in 2007, Ms. Merkel led a very successful campaign encouraging her colleagues from many states to give generously to it. I sincerely hope that Ms. Merkel takes on this leadership role again at the conference in October and will agree to keep the German contribution at the current level for the next three years. The Global Fund helps supply more than 5 million people with medicine. Being diagnosed with AIDS, malaria or tuberculosis is no longer a death sentence, also thanks to the Global Fund.

SPIEGEL: In general, only modest progress has been made in the struggle to achieve a better life for millions of people. Why would a project that has failed over the past 10 years, succeed in just five?

Annan: We know so much more today. We know that the three key problems -- poverty, energy supply and climate change -- have to be solved in a sustainable way and in the conjunction with one another. Climate change is already a major challenge, especially for Africa and Asia. In Mozambique there were violent protests earlier this month against a rise in the price of bread. If food prices continue to rise then unrest threatens in other places too. In Africa we often produce what we do not eat ourselves and often eat what we do not produce ourselves -- we must reverse this trend. To do this we need a green revolution which strengthens the small farmers and does not create monocultures. Energy must be used more efficiently; we need a sustainable energy supply and must look for green alternatives.

SPIEGEL: Is there a lack of political will in developed and developing countries to focus existing international knowledge for the benefit of the poor?

Annan: I was just in Mexico. The government there is working hard to make sure the climate summit in Cancun at the end of the year achieves progress. I know many people doubt that can happen. But we will see that the people of many countries will push the environmental issue further towards the top of the agenda. I'm optimistic because I believe in the people. They will force their governments to act.

9 Bilder Photo Gallery: A Look at the UN's Millennium Goals 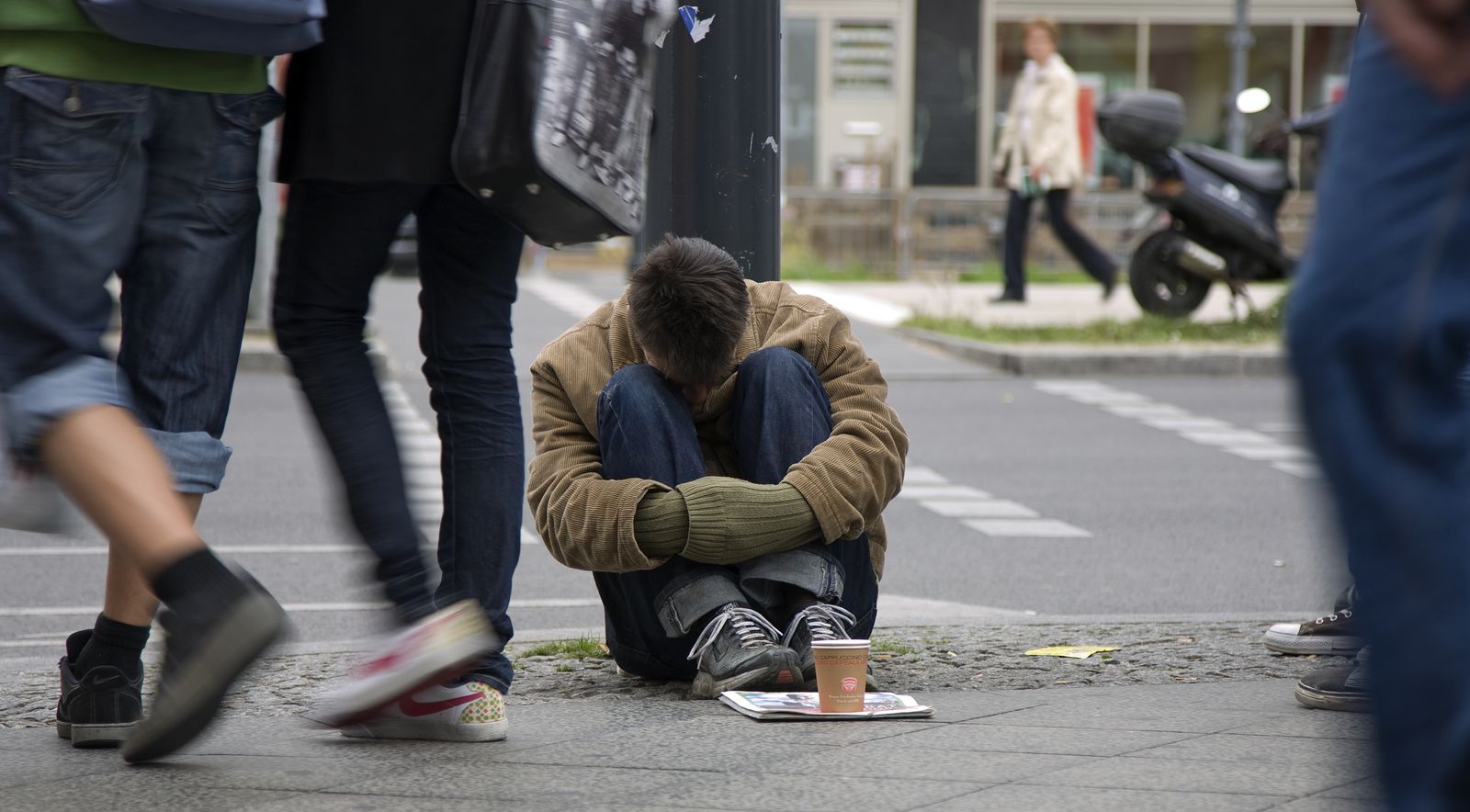 In a report, Annan set the foundations for the summit where, in the end, eight Millennium goals were set. The first deals with poverty. The proportion of people suffering from hunger and poverty around the world should be halved from 1990 levels by 2015. 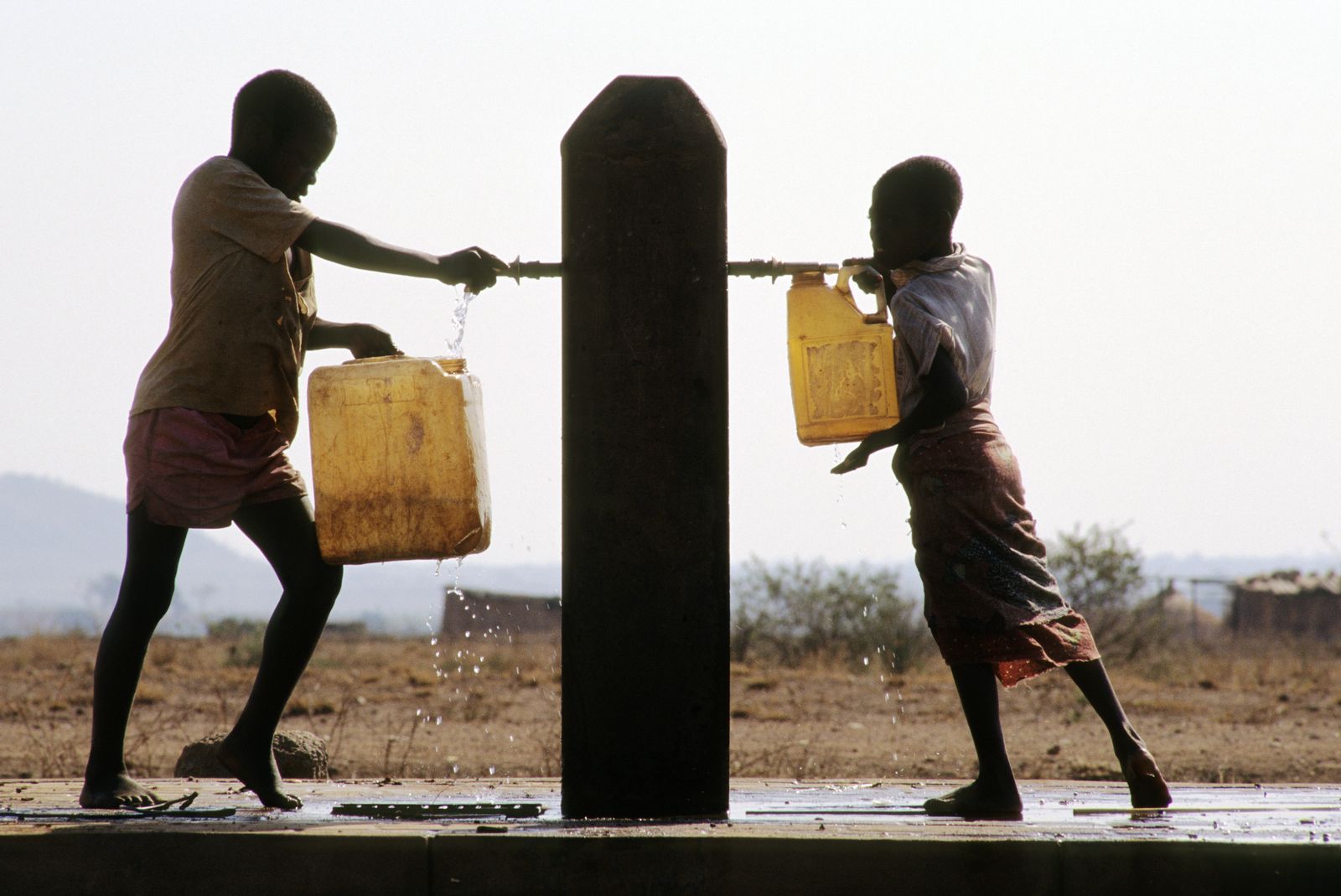 The United Nations has also called on industrialized nations to create a global partnership for development. Industrialized nations are to give more free market access to products from poor countries. Against the backdrop of the global economic crisis, however, the UN noted that rich countries expressed more reserve about money they had pledged for the development goals.