The latest casualty of the American government's online surveillance program seems to be Lavabit, the email service supposedly used by Edward Snowden to protect himself against National Security Agency (NSA) snooping. In a dramatic letter posted on Lavabit's website Thursday, Ladar Levison, the company's owner and operator, announced that he had decided to shutter the site rather than become "complicit in crimes against the American people." Although it didn't include any mention of the NSA, Edward Snowden or government surveillance, the letter seems to refer to a court order asking for cooperation in the US government spy programs:

"I wish that I could legally share with you the events that led to my decision. I cannot. I feel you deserve to know what's going on -- the first amendment is supposed to guarantee me the freedom to speak out in situations like this. Unfortunately, Congress has passed laws that say otherwise. As things currently stand, I cannot share my experiences over the last six weeks, even though I have twice made the appropriate requests."

The email service attracted global attention when whistleblower Edward Snowden, or someone working with Edward Snowden, used it to invite journalists to a press conference in Moscow's Sheremetyevo Airport in July. Lavabit claimed that 350,000 customers used its extensive security features -- which include asymmetrical encryption, a form of encryption that is extremely difficult to hack.

'Writing on the Wall'

At Wired, Kevin Poulsen speculated that Levison had been served with either a National Security Letter (which comes with a gag order) or a "full-blown search or eavesdropping warrant." If this is the case, it marks the first time that an American company has chosen to shut down instead of cooperating with such a request from the American government. In the wake of Lavabit's announcement, another American online company, Silent Circle, shut down its encrypted email service because, according to a blog post, it sees "the writing on the wall."

Events in the last several weeks have cast an increasingly grim light on the activities of national intelligence services both in Germany and the United States. SPIEGEL revealed a week ago that the Bundesnachrichtendienst (BND), Germany's foreign intelligence service, had cooperated much more closely with the NSA than previously thought, and new information indicates the NSA had been scanning virtually every overseas message sent to or from the United States.

These revelations have become a contentious issue in the German election, as both Chancellor Angela Merkel and members of the rival Social Democrats (SPD) have been confronted with questions of their involvement in spying operations. SPD parliamentary group leader Frank-Walter Steinmeier announced on Friday that he is ready to testify about his knowledge of the surveillance. Merkel's government recently noted that cooperation with the NSA intensified after 9/11, at a time when Steinmeier played a central role in monitoring the intelligence agencies, in an apparent effort to imply that the SPD was complicit as well. As chief of staff for former Chancellor Gerhard Schröder between 1999 and 2009, Steinmeier also served as the liaison betwen the German government and its intelligence agencies.

As for Lavabit, Levison announced in his letter that he is "preparing the paperwork needed to continue to fight for the Constitution in the Fourth Circuit Court of Appeals" -- he has created a Legal Defense Fund for this purpose -- and that, if possible, he will re-form his service as an American company. But he ends his letter on a grim note that would likely have sounded paranoid a few months ago: "I would strongly recommend against anyone trusting their private data to a company with physical ties to the United States." 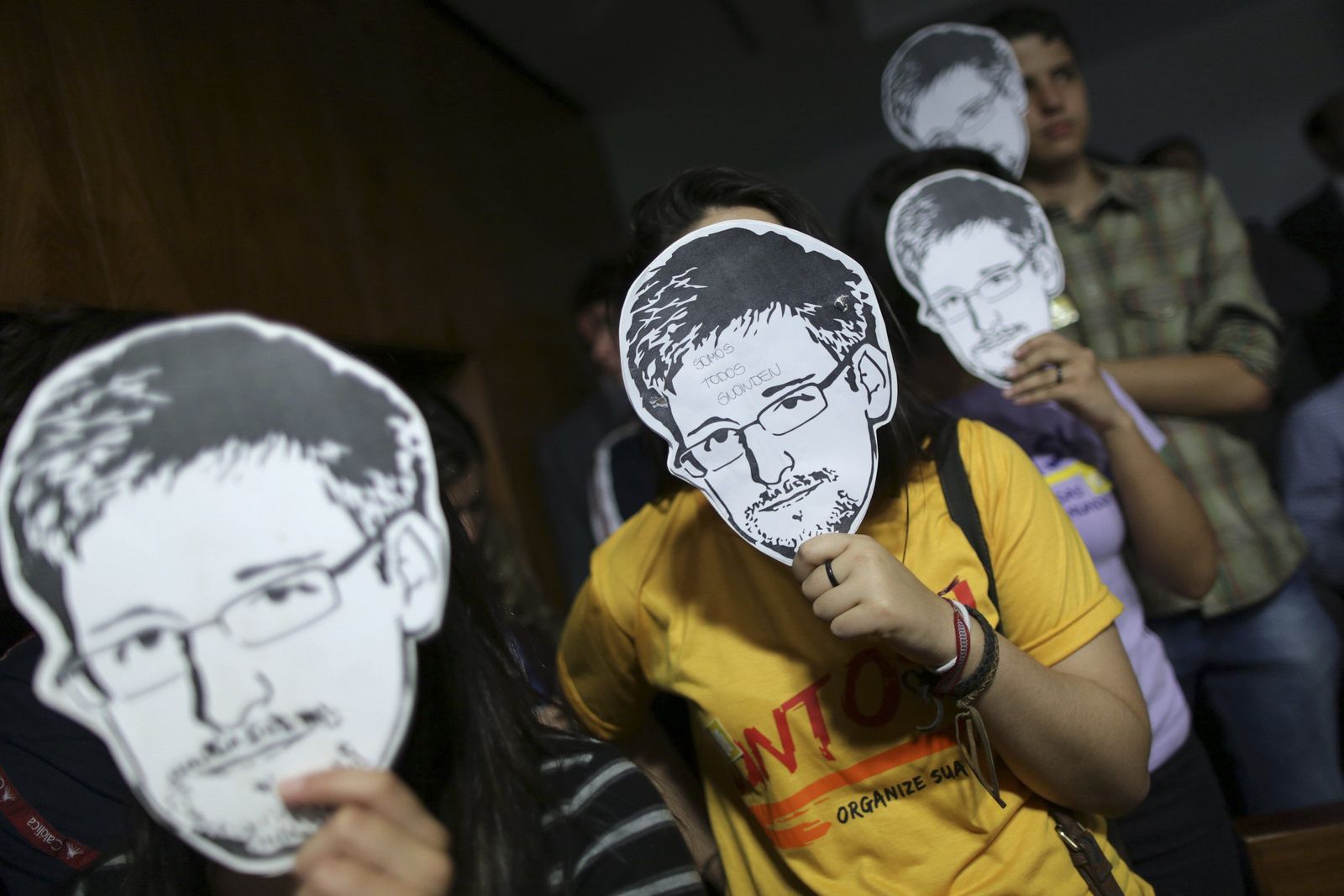 Protesters carry masks of Edward Snowden during a protest in Brazil.