The name Hamid Gul appears more often than virtually any other in the almost 92,000 classified American documents leaked this week. The former Pakistani general and head of the country's ISI intelligence service from 1987 until 1989 is regarded as someone who has a lot of sympathy for the Taliban's fight against the United States and its allies. In previous interviews with SPIEGEL and SPIEGEL ONLINE, he has said that Sharia, or Islamic law, should be introduced as a generally applicable legal system in Pakistan as well, not just in Afghanistan.

Gul has repeatedly stated that Pakistan must end its pro-Western stance in the war on terror. Pakistan only supports the West because it needs American money, he has said, adding that at some point, Allah willing, Pakistan won't be dependent on outside help, and will be able to return to its Islamic roots. 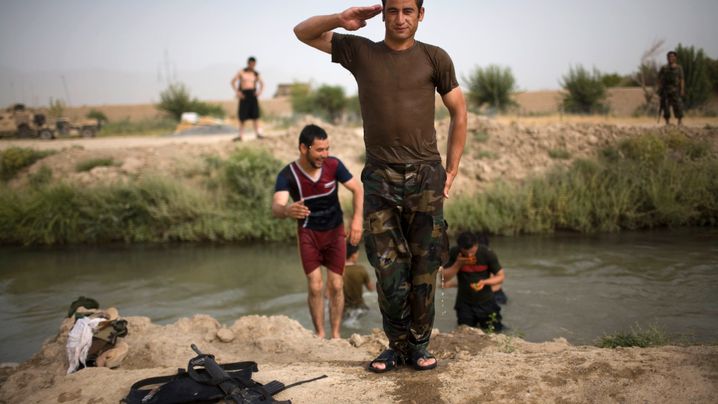 The 73-year-old lives in a bungalow in an exclusive district of the Pakistani capital, Islamabad. He regularly receives journalists to air his pro-Taliban views, much to the irritation of the Pakistani government. Critics dismiss the former general as a braggard, as a crazy old man who can't stand the fact that his time has run out.

But the 91,731 Afghanistan documents published on the WikiLeaks Internet platform and analyzed by SPIEGEL, the Guardian and the New York Times suggest that Gul is more than just a garrulous old man. If the accusations are true, Gul isn't just an ally of the Taliban in spirit, but is also supplying them with weapons and thereby actively taking part in the fight against Western forces. Gul is effectively being accused of being an important helper of the Taliban, and possibly even one of their leaders.

SPIEGEL ONLINE confronted him with the accusations.

SPIEGEL ONLINE: Mr. Gul, during the mujahedeens' battle against the Soviets in Afghanistan you were an important helper of the resistance fighters as an army general at the time. According to the Afghan war documents, you still support the Taliban who are now fighting against the Western allies.

Hamid Gul: These documents are nonsense! They are ironic, wrong and stupid. I deny every single word in them! The role ascribed to me in them is pure fiction.

SPIEGEL ONLINE: You want to say that the statements in the almost 92,000 documents, in which you are accused by various people of supporting terrorists, are all wrong?

Hamid Gul: Exactly. None of it is true. It is all rubbish.

SPIEGEL ONLINE: But the accusations against you are very concrete. For example, you are accused of having coordinated the abduction -- and in case of resistance, the liquidation -- of United Nations workers in Afghanistan en route on the motorway between Kabul and Jalalabad.

SPIEGEL ONLINE: You are accused of obtaining weapons for extremists, for example, 65 truckloads of Chinese ammunition for the Taliban.

A silly fairy tale that has been invented by different agencies? In the US military, ISAF and NATO? And how credible in this context are the statements of a man who in interviews regularly expresses his sympathy for the Taliban? One who is fond of saying that the terror attacks of Sept. 11, 2001, were planned by the West itself in order to give it a pretext for marching into Afghanistan and Iraq? How big -- or indeed how small -- is the jump from being someone who sympathizes with a movement to one who helps it? 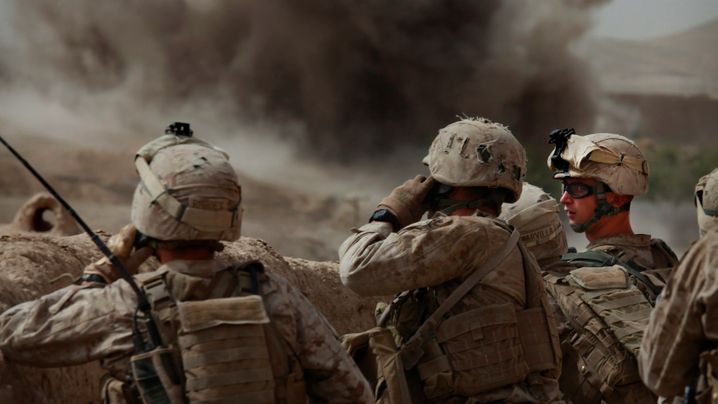 According to the logs obtained by Wikileaks, he is believed to have supplied munitions to insurgents and maintained contacts with high-ranking veterans -- not only within the Taliban, but also from al-Qaida and the notorious Haqqani network, the groups Washington considers to be the deadliest threats to US soldiers in Afghanistan today.

Gul is convinced that the sole aim of such documents is to discredit him as a man who has been a "credible critic of the West." He said his support for the Taliban is limited to an understanding for the resistance against "a foreign power that violently invaded Afghanistan." Gul said he didn't believe the allegations were the work of the American CIA alone ("they're incapable"), but more likely the Afghan and Indian intelligence services. Both have an interest in limiting Pakistan's role in the region.

Doubts do persist about some of the more serious allegations against Gul. Some seem to portray him as a villain capable of perpetrating anything. In some passages, Gul is accused of having bragged about ordering suicide-bombing missions. Would a former intelligence chief and general do that? In some places the authors of the reports -- American soldiers and low-ranking officers -- note that they don't have 100 percent trust in their informants.

But what is clear is that Hamid Gul has enemies on all sides -- and he is not shy about lashing out at them. He accuses the Americans of conducting an unjust war against the Islamic world. And the government of Afghanistan under President Hamid Karzai of being the long arm of the United States and of corruption. And he accuses the Pakistanis of being too close to the Americans. He also openly concedes that the government in Islamabad wants nothing to do with him. "They don't like the fact that I criticize the US. They want to be a true partner to Washington at any price, but I just get in the way."

But Islamabad itself is also attacked in the documents. Passages contained in them reinforce criticism that the country is playing a double game -- serving as America's partner in the anti-terror war while at the same time secretly supporting the Taliban and offering a safe haven to fighters from Afghanistan.

During the Soviet occupation in Afghanistan, Pakistan's intelligence service was considered a proxy of the CIA in Afghanistan. Through the ISI, the US financed the arming of the resistance. The mujahedeen fighters were trained and given money and weapons in Pakistan and beat the Soviet Union at the end of the 1980s and drove the Red Army out of Afghanistan. But the newly published documents also show that Islamabad never lost interest in a strong Taliban movement through which it could secure its influence on its neighbor to the west. A recent study released by the London School of Economics concluded that, despite the war on terror taking place in its own country, Pakistan still provides support to the insurgents in Afghanistan right up to the highest levels of leadership.

Pakistan Foreign Minister Shah Mahmood Qureshi denied the accusations in the US documents. "These are far-fetched and warped reports that evidently are incompatible with reality," he said in a press statement. It was clear from reading them that the writers had not understood the complexity of the situation, he said. "Pakistan's constructive and positive role in Afghanistan cannot be stopped by such self-serving and unfounded reports."

Pakistan's ambassador to Washington, Husain Haqqani, said the leaked reports didn't show the reality of the war against the Taliban.

The White House too condemned the publication of the war logs, but it did not question their veracity. Instead, it said revealing secret information could endanger the lives of Americans and their allies in Afghanistan and threaten national security.

But the Afghan government sees the accusations being levelled against Pakistan as confirmation of its own critical stance towards its neighbor. A spokesman for the palace of Hamid Karzai said on Monday that the government had always pointed out that foreigners were fostering instability in Afghanistan. "The training camps, the equipment and the funding is coming from abroad," he said. 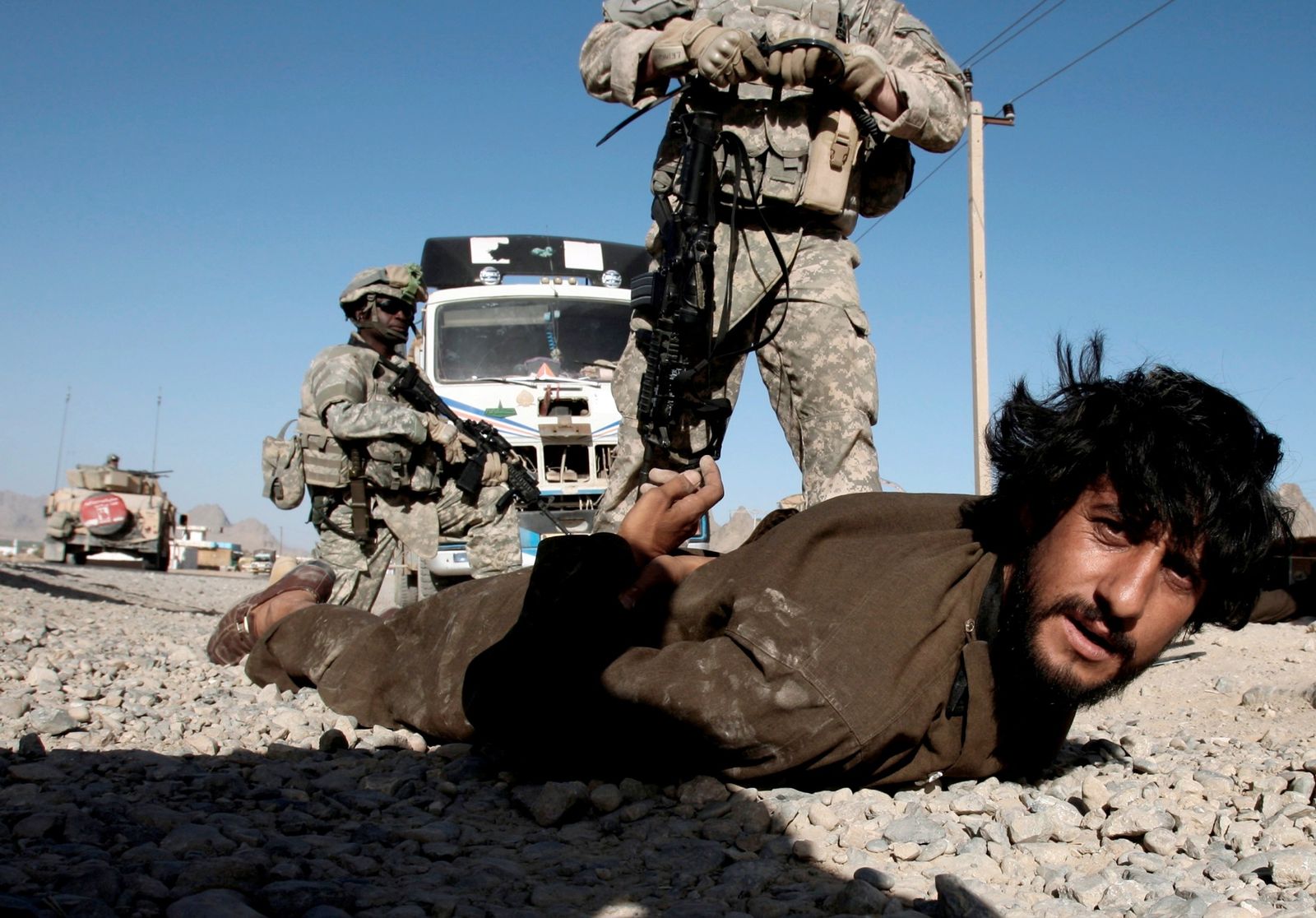 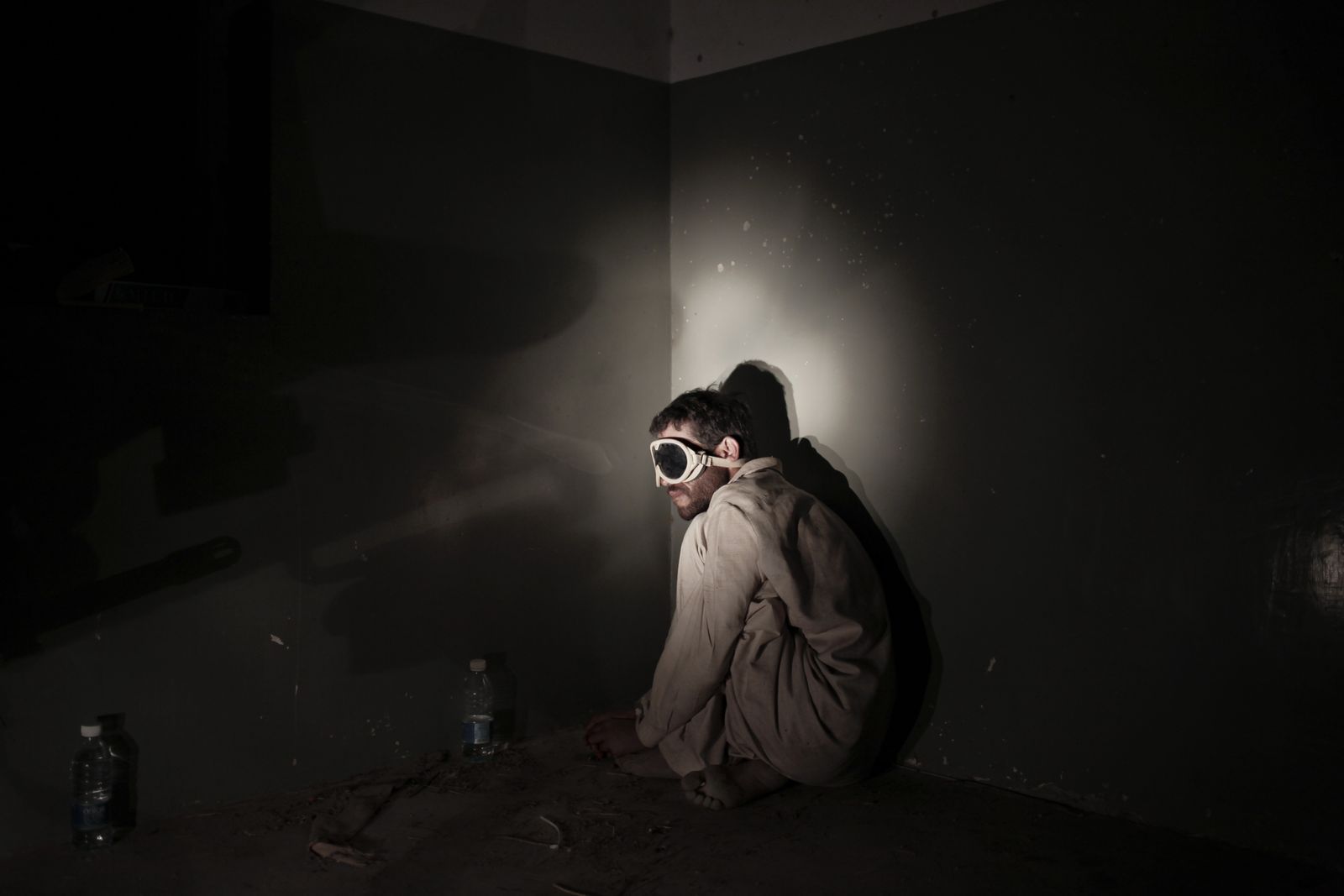 Foto: MAURICIO LIMA/ AFP
6 Bilder Photo Gallery: The War in Their Own Words