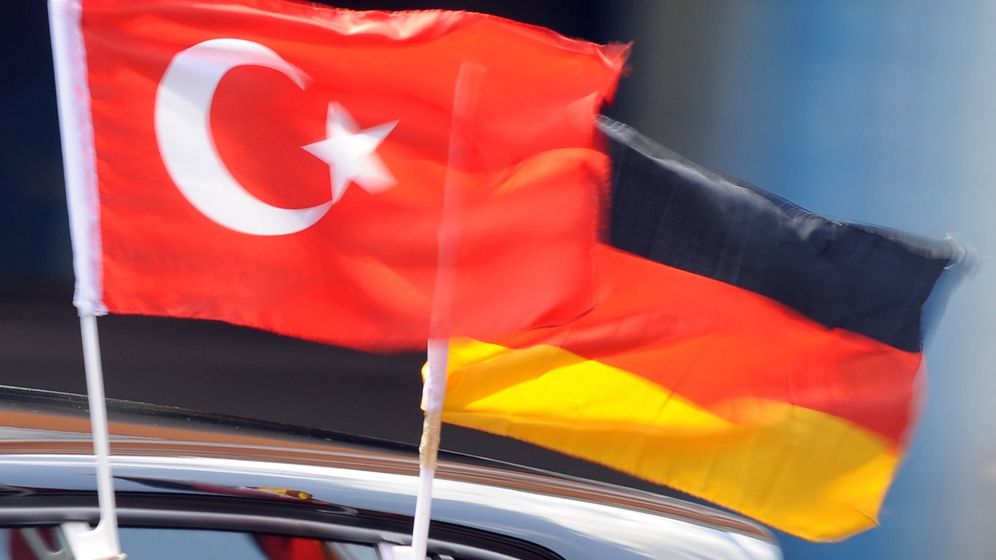 The first time Ömer Küçükbay felt homesick for Germany, he was lying on a cot in a military barracks north of Antalya. He was 20 years old, it was 2 a.m., and an officer was bellowing at him that he should go keep watch. First, though, someone had to translate the officer's command, since Küçükbay spoke no Turkish. He was fluent only in a Bavarian dialect of German.

The son of Turkish guest workers in Eggenfelden, Lower Bavaria, he had signed up for military service in Turkey on a whim, to express affection for country he really only knew from family vacations. "But somehow I was always just a foreigner in Germany too," he says. "To the kids in my class, I was simply a Turk. So I wanted to see what it's like to be Turkish."

The experiment lasted three months, at which point Küçükbay got tired of being yelled at and crawling through dust. He went back to Eggenfelden and swore never to return to Turkey.

That was 1991. Since then, things have turned out differently, partly because of Küçükbay's father, who suffered a heart attack in his homeland, and partly because of a girl from Istanbul Küçükbay fell in love with. He opened a teahouse, married and learned Turkish.

Today the 38-year-old works in a call center in Istanbul. He has made a life for himself here, working for a German company where almost all of more than 250 employees are Turkish Germans, and nearly all have a similar story to tell. Theirs are stories of growing up in Germany as the children of guest workers, only to emigrate back to try their luck in their parents' home country. The reasons vary -- they came because they felt excluded in Germany, because of a formal deportation, because family called, or to pursue a career.

The stories often involve well-educated, well-integrated Turkish Germans -- the vast majority of emigrants who return to Turkey are young academics moving for economic reasons. Around 40,000 Turks and Turkish-descended Germans left for their parents' country of origin last year, or 10,000 more than the number of immigrants arriving from Turkey. A decades-long immigration trend has reversed.

A Model of German Integration

According to a survey by the Dortmund-based Futureorg Institut, one-third of all Turkish-German college students now plan to pursue a career in Turkey, not Germany. "They have far better opportunities to advance there than in Germany," says Marc Landau, head of the German-Turkish Chamber of Commerce. Mercedes Benz, for example, employs Turkish Germans as 30 percent of its mid-level and upper management in Turkey.

Most of these returnees go to Istanbul, where the job market is richest and where culture shock is manageable. This was the case for Emine Sahin, 37, an architect who calls herself a "model of integration" and pretty much had it all -- a sheltered childhood in a small western German town, German neighbors, German friends, good grades in school -- yet chose to leave. A job as a construction engineer took her from Frankfurt to Izmir on Turkey's west coast. Shortly afterward she joined a British real estate company in Istanbul. Now she works as a consultant for a German drugstore chain looking to open new markets in Turkey.

Sahin says she was never discriminated against in Germany on the basis of her name or her background; many things were simply more petty and less dynamic there than in booming Turkey. "Not everyone has realized yet what potential well-educated Turkish Germans hold," she says. "Someone who moves between two worlds can cope better with globalization. Really, the Germans should be bragging about us."

'What Is the Plural of Homeland?'

The elite among these emigrants have organized themselves into regular meet-ups. They sit on the rooftop terrace of Teras6, a popular bar in Istanbul's hip district of Beyoglu -- a group of 50 men and women in sports coats and business wear, drinking beer from German-style mugs and tea from Turkish tulip-shaped glasses.

They are here, above all, to network and make contacts. Sometimes they share grievances over an unfamiliar culture and daily life in Turkey's cumbersome bureaucracy. "Many of us are not actually returnees, but are here in Turkey for the first time, coming not as Turks, but as Germans," Sahin says. They have German ideas, German values and German customs.

Sahin, the architect, landed in hot water in Istanbul when she contradicted a superior, breaking an unwritten rule. She later caused a commotion by fasting during Ramadan. It was something Sahin had always done in Germany, calling it a "vacation from my body." But among her strictly secular colleagues in Turkey, she now fell under suspicion of being religious.

Still, Sahin considers herself privileged. It's a luxury, she says, to be able to choose between two home countries. "What is the plural of 'homeland'?" she wonders.

Academics trained in Germany have excellent opportunities on the Turkish job market, while less qualified Turkish Germans prefer to remain in Germany rather than move to a country where they would have to compete against hundreds of thousands of low-wage workers. Those who do come to Turkey have to settle for odd jobs or working under the table. The minimum wage in Turkey is just 729 Turkish lira (€380 or $466) a month, while unemployment benefits amount to around €170 per month and welfare benefits are nonexistent.

Many of these returnees also meet with prejudice in Turkey. The "Almancilar," meaning roughly "Germany-ers," are preceded by a dubious reputation, seen as either overly pious country bumpkins or nouveau riche recently of the working class.

"They came back wearing fake gold chains and driving BMWs and Mercedes they'd actually only rented," is how one woman describes a group of young guest workers that returned to her village in Turkey. Prominent Turkish Germans such as film director Fatih Akin, professional soccer player Mesut Özil or Cem Özdemir -- co-leader of Germany's Green Party and hailed by Turkish media as "the Turks' Obama" -- affect that image only slightly.

Returnees from Germany are met with great skepticism, as the song "I'm Not an Almanci" by Turkish singer-songwriter Sebnem Kisaparmak shows. The song describes an inconsiderate returnee family that buys a plot of land in Turkey, driving up prices. "Thank you, these are my feelings exactly," commented one online reader.

Many take the returnees' language skills particularly seriously. When Turkish-Belgian pop singer Hadise Açikgöz mumbled a bit too much and committed the faux pas of offering her own interpretation of the Turkish national anthem at a recent Turkish national soccer team game, she provoked outrage in Turkey, where patriotic feelings are currently running high. "She isn't even a Turk, her Turkish is bad and she knows nothing about Turkish culture," one commentator declared.

Ankara has done little so far to improve language proficiency among Turks returning from abroad or to assist them with reintegration. Turkish Prime Minister Recep Tayyip Erdogan warned Turkish Germans in Cologne two years ago against giving up their "Turkish identity," but didn't detail how his government might help citizens living abroad to preserve it. So far Turkey's cultural policy has consisted mainly of exporting imams.

"Why isn't there a Turkish equivalent of the Goethe Institute, for example?" says Latif Durlanik, who lives in Hamburg. "Why do people in Turkish cultural centers do nothing but smoke and play cards?"

Ankara now plans to create a governmental authority for Turks abroad, formally establishing at least one institution available to the diaspora -- and perhaps to returnees in Turkey as well. The precise function of this authority remains unclear. "People expect Turkey to hear the voices of our brothers working in the EU and Germany," the government minister responsible for the project declared a few weeks ago.

The German government has also had its own cases of failing to help Turkish Germans. Sükriye Dönmez arrived in Berlin's Kreuzberg district with her parents as a baby in 1969 and lived there for 40 years. She became an actor, then a director, achieving acclaim as "Berlin's most beautiful nurse" in her role as Ayfer, the head nurse on the television series "Klinikum Berlin Mitte." She also starred in Fatih Akin's first short film ("Sensin - Du bist es!") and appeared in his first feature-length movie, "Short Sharp Shock" ("Kurz und schmerzlos"), about a Turkish-Greek-Serbian gang in Hamburg.

Dönmez lacked German citizenship, since she was born in Turkey, but when she applied for naturalization in March 1999, she figured it would be a technicality. She'd paid taxes in Germany, made German films, and -- aside from the few months just after she was born -- had never lived anywhere else.

She waited five years for a decision. Her irregular source of income was the problem, the authorities explained in their rejection, and if Dönmez wanted German citizenship, she would need steady employment. "Why don't you get a housecleaning job," the woman at the registration office suggested. "I declined politely," Dönmez says, "and moved to Turkey instead."

She now lives in Cihangir, an artists' neighborhood in Istanbul that is "not so different from Kreuzberg," in Dönmez's words. There she's working on a TV series about Turks returning from Germany. The main character is a Turkish German woman adrift in Turkey. Dönmez plans to call the series "Kültürschock," inserting the Turkish word for "culture" into the German term for "culture shock."

Dönmez, meanwhile, finds it amusing to be just Turkish for a while. "Now I'm a guest worker," she says.