The case of the so-called "kill team," a group of US soldiers who allegedly murdered innocent civilians in Afghanistan, has made headlines around the world. So far, the focus has been on the individual troops and the question of how they could have committed such brutal acts, which have been compared to the abuses perpetrated at Abu Ghraib prison in Iraq.

That could now change, however. SPIEGEL has obtained a secret US Army investigation report that puts at least part of the blame on the commander of the kill team's brigade, Colonel Harry Tunnell, whose only reprimand so far has been a letter of admonition.

Tunnell was put in charge of the 5th Stryker Brigade, with its 3,800 troops, in 2007. The brigade was deployed to Kandahar, a particularly dangerous province of Afghanistan, in 2009.

The report suggests that Tunnell helped to create, at least in part, conditions that made the cruel actions of the kill team soldiers possible. "Tunnell's inattentiveness to administrative matters … may have helped create an environment in which misconduct could occur," the report reads.

The US Army spent one month investigating the circumstances surrounding the kill team incidents. The report was compiled by General Stephen Twitty, who interviewed 80 Army personnel of various ranks. The 532-page report paints a damning picture of the military culture in the Stryker Brigade Combat Team (SBCT), which was under Tunnell's command and which the "kill team" soldiers belonged to.

Killing Out of Bloodlust

The five kill team soldiers, who are currently facing a military tribunal, are accused of killing innocent civilians out of pure bloodlust. They allegedly carried out the crimes between January and May 2010 by using guns and grenades to make it appear they were under attack in order to justify killing civilians.

The soldiers took photos of themselves grinning while standing over their victims as if posing with hunting trophies, and also collected gruesome mementos including bones and severed fingers. SPIEGEL obtained a significant number of photos and videos taken by the troops, some of which it published in its March 21 issue and which have also since been published by Rolling Stone magazine. The men are also accused of taking drugs while on duty and beating up a fellow soldier who complained to superior officers. 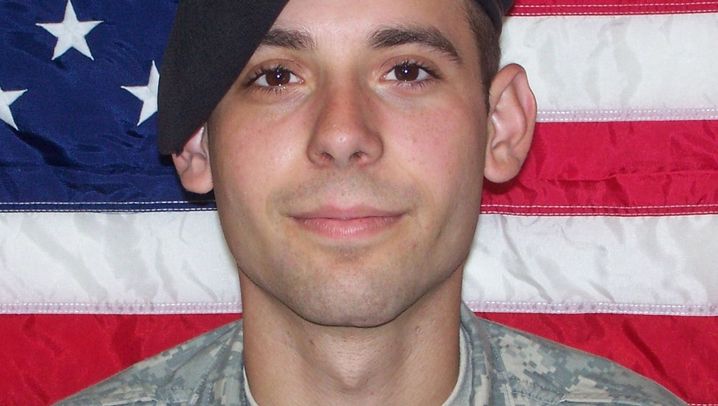 On March 23, a military judge in a court martial proceeding sentenced one of the men, 22-year-old Army Specialist Jeremy Morlock, to 24 years in prison after he pled guilty to murdering innocent civilians in Afghanistan. He was the first soldier to be held responsible for the crimes. In addition to the five soldiers accused of murder, seven others have been accused of lesser crimes including desecrating dead bodies and obstructing the investigation.

The report documents how the clash of two military strategies created an atmosphere in which atrocities against Afghan civilians were regarded as normal, and provides evidence of a lack of control on the part of the leadership. The report details numerous examples of misconduct, such as soldiers smoking hashish in their Stryker vehicles, and relates that officers did not communicate properly with their subordinates.

The report reveals that Tunnell's approach and choice of words were incompatible with the COIN (counterinsurgency) strategy that General Stanley McChrystal, the commander of US forces in Afghanistan at the time, had introduced in 2007 in a bid to win over the trust of the local population.

Under COIN, the troops' primary aim became to protect the civilian population, deliver aid packages, talk with locals and live with them in the villages. The COIN approach had worked in Iraq, and the US Army hoped it could be transferred to Afghanistan.

The commander of the 5th Stryker Brigade, however, clearly regarded the COIN doctrine as ridiculous and inefficient. "US Army forces are not organized, trained or equipped to implement the doctrine and Americans are not culturally suited to accept predominantly European colonial and imperial tactical … and operational practices," Tunnell told General Twitty in a sworn statement.

According to a statement by one witness, Tunnell himself had spoken about "small kill teams," who were supposed to ruthlessly hunt down the Taliban. He gave speeches where he outlined his preferred "counterguerrilla" strategy, which was based on creating "targets of opportunity" and carrying out missions to "search and destroy" Taliban fighters. One soldier quoted in the report summed it up in the following way: "If I were to paraphrase the speech and my impressions about the speech in a single sentence, the phrase would be: 'Let's kill those motherfuckers.'"

According to one witness, Tunnell was pursuing his own personal crusade in Afghanistan. "He stated in his office that he was after revenge for being shot in the leg while serving in Iraq," Colonel William Clark recalled in a statement, adding that the commander kept the metal rod from his leg on his desk and would use it "as an illustration."

The report also points to a lack of discipline in the brigade and contempt for the normal Army rules. Soldiers referred to officers by their first names, were often unshaven and wore their shirt sleeves rolled up, something which is officially not allowed.

The deficits on the leadership level were not limited to Colonel Tunnell. The report also reveals that the kill team troops were not alone when they committed their first murder on Jan. 15, 2010. On that day, the soldiers killed the 15-year-old Afghani Gul Mudin, on the pretext that the boy had thrown a grenade at them.

When Captain Patrick Mitchell and Staff Sergeant Kris Sprague heard the shots, they approached the scene and saw, from a distance, the victim lying on the ground. "Make sure he is dead before you start searching him," Mitchell apparently told Sprague, while the two men were still around 50 meters (165 feet) away. According to the report, Sprague then opened fire, hitting the body several times, not knowing whether the boy might still be alive or not.

Tunnell had in the past been regarded as an intellectual who had great potential in the Army, and had even met with Defense Secretary Robert Gates. But the classified US Army report delivers a damning verdict on the commander's time in Afghanistan.

Colonel William Clark, who served under Tunnell for three years, is similarly critical in his statement. He said he "would not work with or for him" in the future: "I view Colonel Harry Tunnell as the most difficult senior leader I have worked alongside in my 26-plus years of military service." 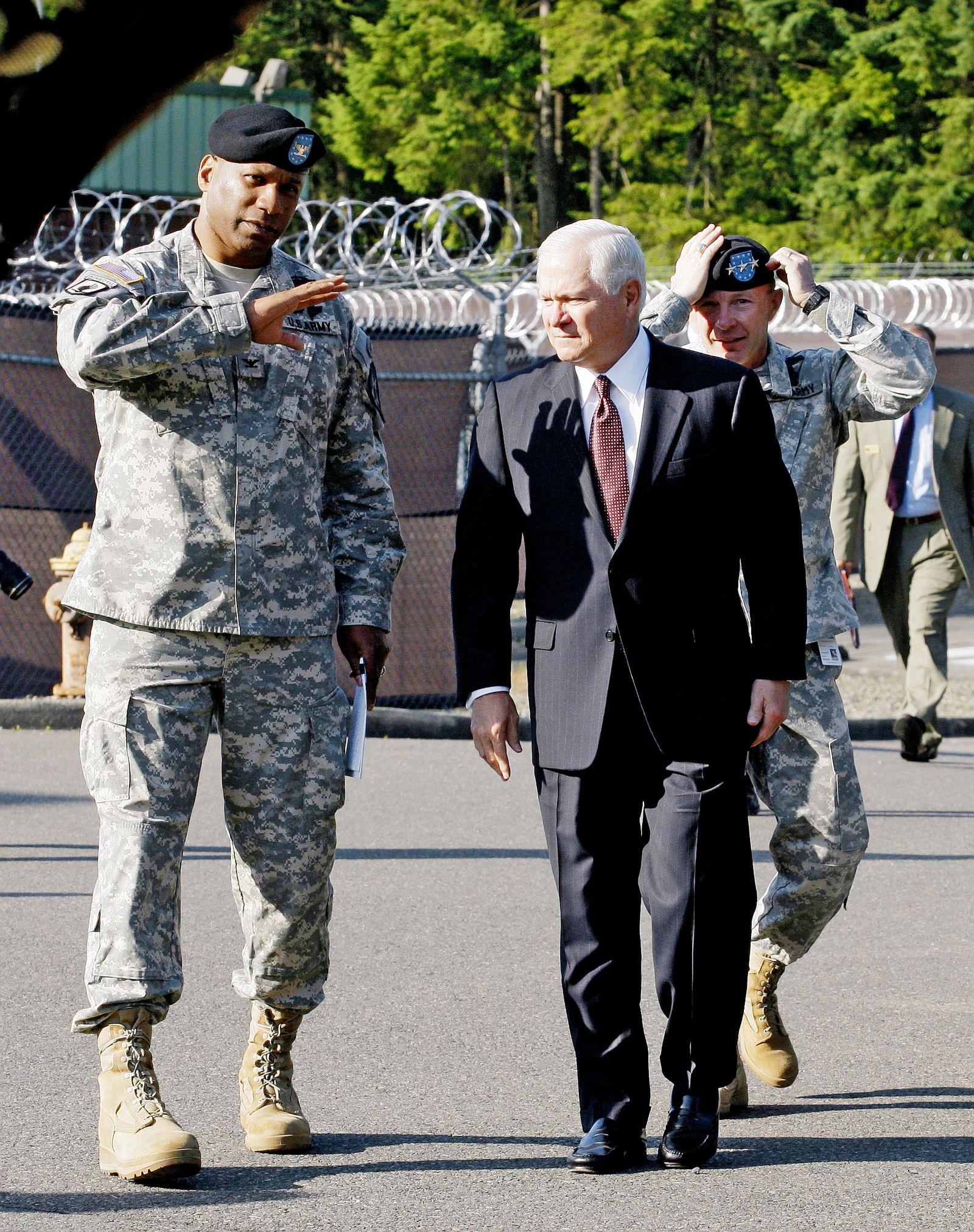 Colonel Harry Tunnell (left) is seen with US Defense Secretary Robert Gates. A secret US Army report paints a damning picture of Tunnell's command in Afghanistan.