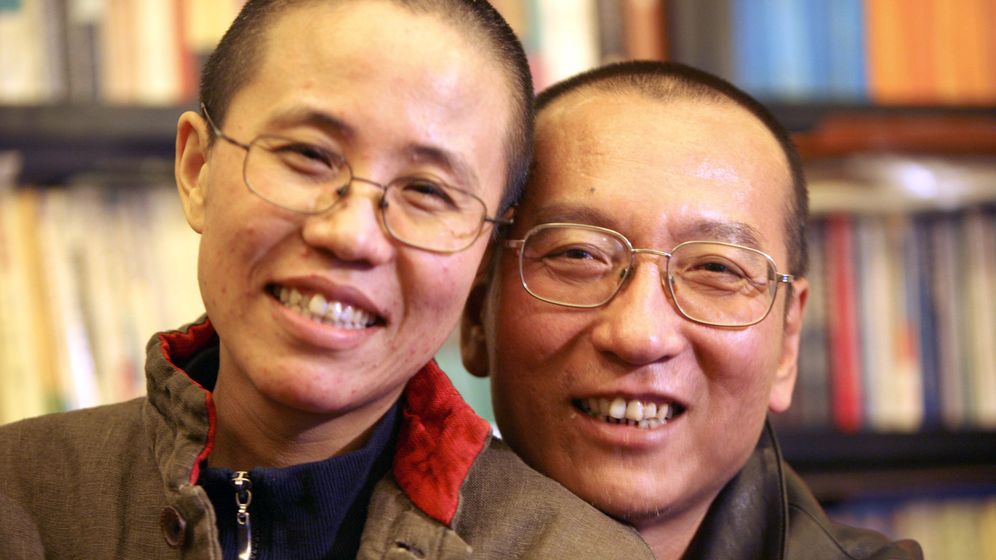 Professor Xia Yeliang is an economist with a talent for practical solutions. He recently explained to regional broadcaster Shenzhen TV how it would be possible to effectively reduce Beijing's massive traffic jams and the widespread traffic chaos in the capital. For the most part, though, the 50-year-old expert teaches economic theory at Peking University; hundreds of students listen to him when he lectures on Adam Smith and John Maynard Keynes.

Together with his wife, Xia owns an apartment in northern Beijing, and the couple has a son who is studying in the US. Normally, the professor would have every reason to be completely satisfied -- if he weren't convinced that something is totally wrong in China. This view has put a conspicuous dampner on his career over the past couple of months.

Xia helped draft the "Charter 08" reform manifesto, which calls for a fairer and freer country. The document, which advocates an end to Communist one-party rule, made leaders in Beijing nervous two years ago. Xia's friend Liu Xiaobo, the main author of the charter, was sentenced to 11 years in prison late last year, but was recently awarded the Nobel Peace Prize.

"The prize will help make Liu Xiaobo and Charter 08 well-known in China," says Professor Xia. Over the past few days, however, the government has endeavored to prevent precisely that from happening. The wife of the Nobel Prize winner, Liu Xia, has only been allowed to leave her apartment with a police escort. Other critics have been sequestered in guesthouses or questioned by state security officials.

On the propaganda front, the Chinese Communist Party has allowed itself a relapse into darker days: Liu Xiaobo is a common criminal with "crazy ideas," according to the Global Times, a government mouthpiece. The paper claims that Liu receives support from forces abroad that are waging "endless ideological wars" against China.

"Ridiculous," says Xia. The party should allow a debate on Liu Xiaobo and the ideas contained in Charter 08, he argues. But the functionaries are trying to prevent the Chinese from showing solidarity with the Nobel Peace Prize laureate, or possibly perpetuating the demands of Charter 08.

Xia believes that this tactic has not succeeded, at least not over the past week. He says that, shortly after the news from Oslo, many people spontaneously signed Charter 08, which can still be found in niches on the Internet, despite all the censorship. The number of signatories has now grown to some 20,000, says Xia.

Young people have been disseminating the subversive document, including secretly stuffing copies of the Charter into bookstore shelves. When Xia asked his students if they knew who had won this year's Nobel Peace Prize, hundreds of them said yes, he says. "Only a handful hadn't heard anything about it."

Will the award for Liu spark a debate about political reforms in China? Even intellectuals who are loyal to the Communist Party have recently started demanding that political transformation must follow China's economic reforms.

The party itself is no longer immune, either: Twenty-three elderly comrades around Mao Zedong's former personal secretary, Li Rui, submitted an open letter to the National People's Congress, China's pseudo-parliament, in the beginning of October. "Abolish censorship and realize citizens' rights to freedom and freedom of the press," it read.

No less a figure than Chinese Prime Minister Wen Jiabao recently addressed the contentious issue. Without political reform, China "may lose what it has already achieved through economic restructuring," he warned in August. Then, in an interview with CNN earlier in October, he pledged: "I will not fall in spite of the strong wind and harsh rain, and I will not yield until the last day of my life."

Nobody knows what exactly is behind this initiative by the third most powerful man in the Chinese administration. Is it an attempt by an old man to go down in history as a reformer, like the liberal late party leader Hu Yaobang, whose legacy has been officially hushed up -- and whom Wen has frequently mentioned of late?

It's important to remember that when Chinese functionaries talk about "democracy," they often mean something different than Western politicians. They are at most referring to the right to elect village mayors or have a say in the selection of party cadres, rather than freedom of the press or an independent judiciary.

Professor Xia is skeptical about the true intentions of the head of government. "If he is serious about this, then couldn't he have said something positive about the award for Liu Xiaobo?" But even that would probably be expecting too much: Wen's recent words about democratic reform were censored by the official state news agency Xinhua. Even the Chinese prime minister is a victim of censorship, it seems.

Until now, the government has not treated Professor Xia as roughly as Liu Xiaobo. True, he has lost his position as the deputy director of the Foreign Economics Research Center at Peking University, government network CCTV no longer invites him to talk shows, and the Internet connection to his apartment has been cut off.

But at least he hasn't been thrown in prison. "I've made preparations, though," Xia says.