The remote Afghan village of Badikhel, located in the Khost Province near the border with Pakistan, is a long way from the capital Kabul. It's not the kind of place that has a lot of visitors.

It is, though, home to around 250 families, and Habib ur-Rahman is among them. He's in his early 50s and was a pilot in the Afghan military until he began developing heart problems. He moved back to his home village with his family where he, for the past year, has been running a small school for girls.

Moreover, his teaching is done on a volunteer basis. And the classroom is his living room, where he welcomes around 30 students each day. Each evening, he pushes the tables and chairs against the walls and lays down mattresses for his family to sleep on.

Habib ur-Rahman used to be a pilot in the Afghan army. Now he teaches girls in his living room.

It's a private initiative in a country where radical Taliban have systematically oppressed women, closed girls' schools and banned females young and old from all education and work. But today, even active Taliban members from the region are sending their daughters, sisters and nieces to ur-Rahman's school. The teacher has also managed to convince other initially skeptical villagers.

At ur-Rahman's school, the girls now learn accounting, history, geography, Islamic studies and their native language, Pashto, from morning until noon prayers. Habib ur-Rahman is a calm, quiet teacher, yet he still values discipline. The students are lively and committed, and many of them enjoy a good debate.

Once school and midday prayers are over, there's a two-hour siesta until lunch, during which everything in Khost usually comes to a standstill.

Officially, the Afghan government is in charge of the district, but like in most rural areas of Afghanistan, the Taliban's authority is apparent. During the Taliban regime, a girls' school would have been unthinkable, much less one run by a man. But in the last 20 years, the villages have also changed.

Ur-Rahman says the extremists from the villages have no problem with his school. "Their female relatives attend my school while they fight and hide. The Taliban fighters no longer live in our village, but they have encouraged the girls to go to school. Their education is very important to them," he says.

During the Taliban regime, women were neither allowed to attend school nor go to work.

When the Taliban came to power in the 1990s, they put their extremist patriarchal values into practice. Women were not allowed to attend schools or universities, nor were they even allowed to go out onto the street without being accompanied by a close male relative.

Today, the Taliban leadership is deliberately vague. "We do not want to forbid the education of girls and women or keep them from working. However, we have Islamic standards that are important to us. We do not live in the West," Sher Mohammad Abbas Stanikzai, the head of the Taliban office in Doha, has said in interviews.

The girls' school in Badikhel shows how paradoxical the situation on the ground can be. While the pupils' male relatives have sent them to school, other Taliban fighters have issued threats to Habib ur-Rahman.

Observers and experts in the region aren't particularly surprised by the Taliban's contradictory behavior. According to the political ethnographer Orzala Nemat, who heads the Afghanistan Research and Evaluation Unit in Kabul, extremists were exhibiting similar behavior in the late 1990s. "The Taliban have never been able to convince their own men of what are essentially deeply un-Islamic decrees, such as the closure of girls' schools," she says. There's also the fact that the extremists' current political leadership resides in the Gulf emirate of Qatar - and probably sends their own daughters to air-conditioned schools and universities there.

Habib ur-Rahman in front of his home in the village of Khost, the site of his home school.

Khost now not only has schools, but also a university, where both of Habib ur-Rahman's sons have enrolled. "One is studying to become a doctor, the other an engineer. They make me very proud," says ur-Rahman. His sons sometimes buy new textbooks for their father's school in the city or fill in as substitute teachers.

University is also where ur-Rahman's pupils hope to end up. "One day, I want to go to university. I want to become a doctor or a teacher and serve my people," says Latifa, whose brother is a Taliban fighter. To do so, however, she would have to complete her schooling in the city. Habib ur-Rahman's lessons only go up to the sixth grade.

Habib ur-Rahman receives very little support for his undertaking. The few items he has in his classroom were purchased with donations from villagers. The lack of education in Afghanistan's villages, after all, isn't only a product of the Taliban and their radical beliefs. "I wonder if the government even knows that I run a school out of my own home. Many people talk about schools and universities in the capital, but what about the villages?"

Between 2002 and 2015, the U.S. government alone invested around $1 billion in Afghanistan's education system, hoping to build hundreds of new schools and fill classrooms with female students. But instead, much of the money simply lined the pockets of corrupt warlords and politicians. Indeed, many schools remained completely empty even as money continued to pour in for their operation.

Research by the American investigative journalist Azmat Khan revealed that in 2015, at least 1,100 schools were operated by the Afghan Ministry of Education. Classes, however, were only actually being held at a small fraction of them. the others - called "ghost schools" by critics - exist only on paper to launder aid money, Khan wrote. In many cases, the number of female attendees was deliberately exaggerated in order to ensure the flow of Western money.

"Our school is real, but no one seems to care. Western aid has never reached this corner of Afghanistan," says ur-Rahman. And he knows that this is unlikely to change in the near future.

Ever since the U.S. reached a troop-withdrawal deal with the Taliban back in February, it's been clear that the militant group will return sooner or later and gain a share of power in Kabul in some form or another.

A market in Kabul

Many Afghans, especially those in urban centers like Kabul, fear a relapse to the dark times of the past, including new bans on education for women, even though the government of Afghan President Ashraf Ghani, as well as American negotiators, have made it clear that they would not tolerate such a development.

"Going to school has always been difficult for Afghan women. But now I am optimistic that things will gradually change. I am happy that I can go to school and learn a lot there," says Mahbuba, one of Habib ur-Rahman's students.

At first, some of her family members opposed her attending school. Now she enjoys everyone's support. "They even encourage other relatives to send their daughters to school as well," Mahbuba says. "This should be a given. We are an important part of Afghan society."

Ur-Rahman gives lessons to around 30 girls in his living room. 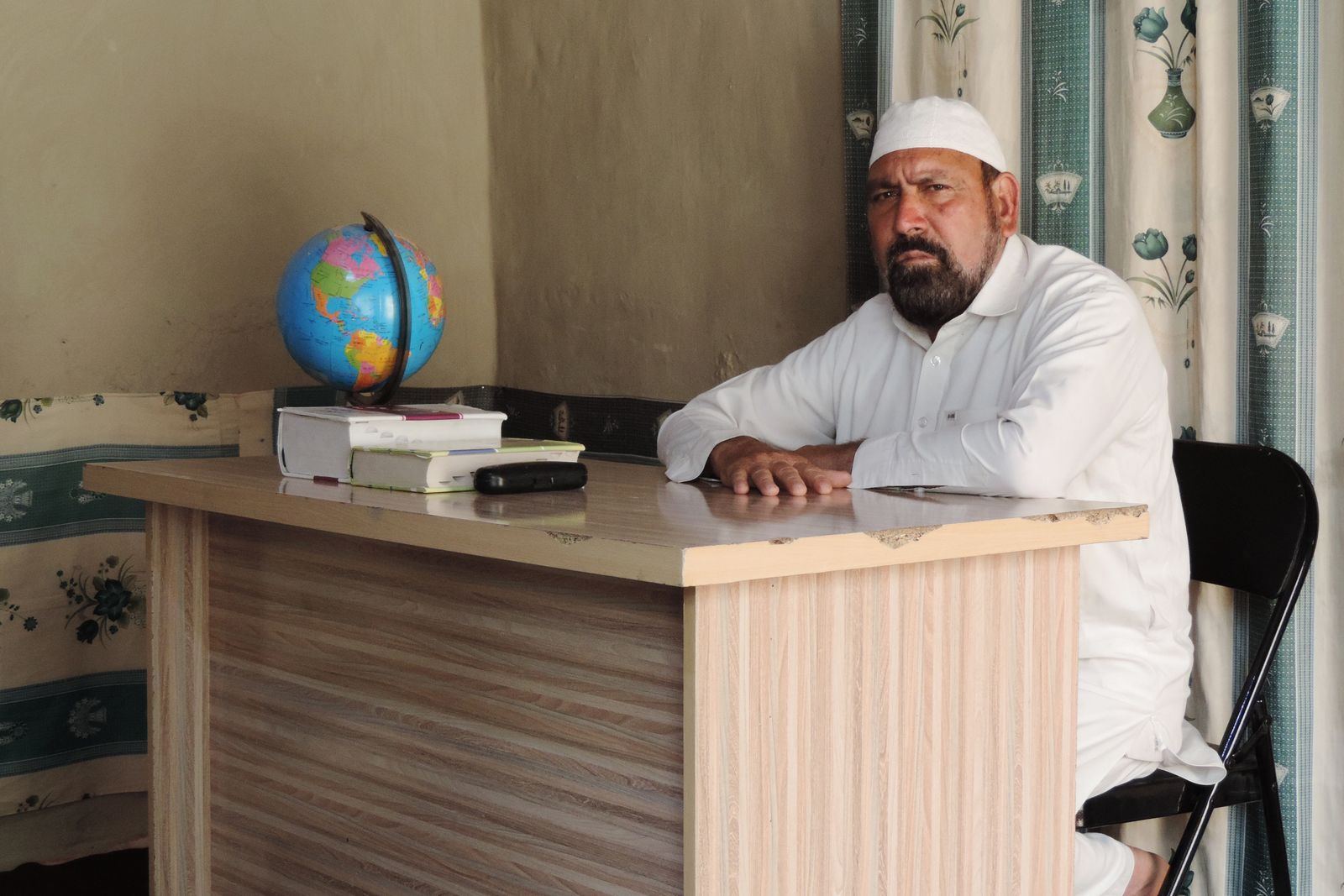 Habib ur-Rahman used to be a pilot in the Afghan army. Now he teaches girls in his living room. 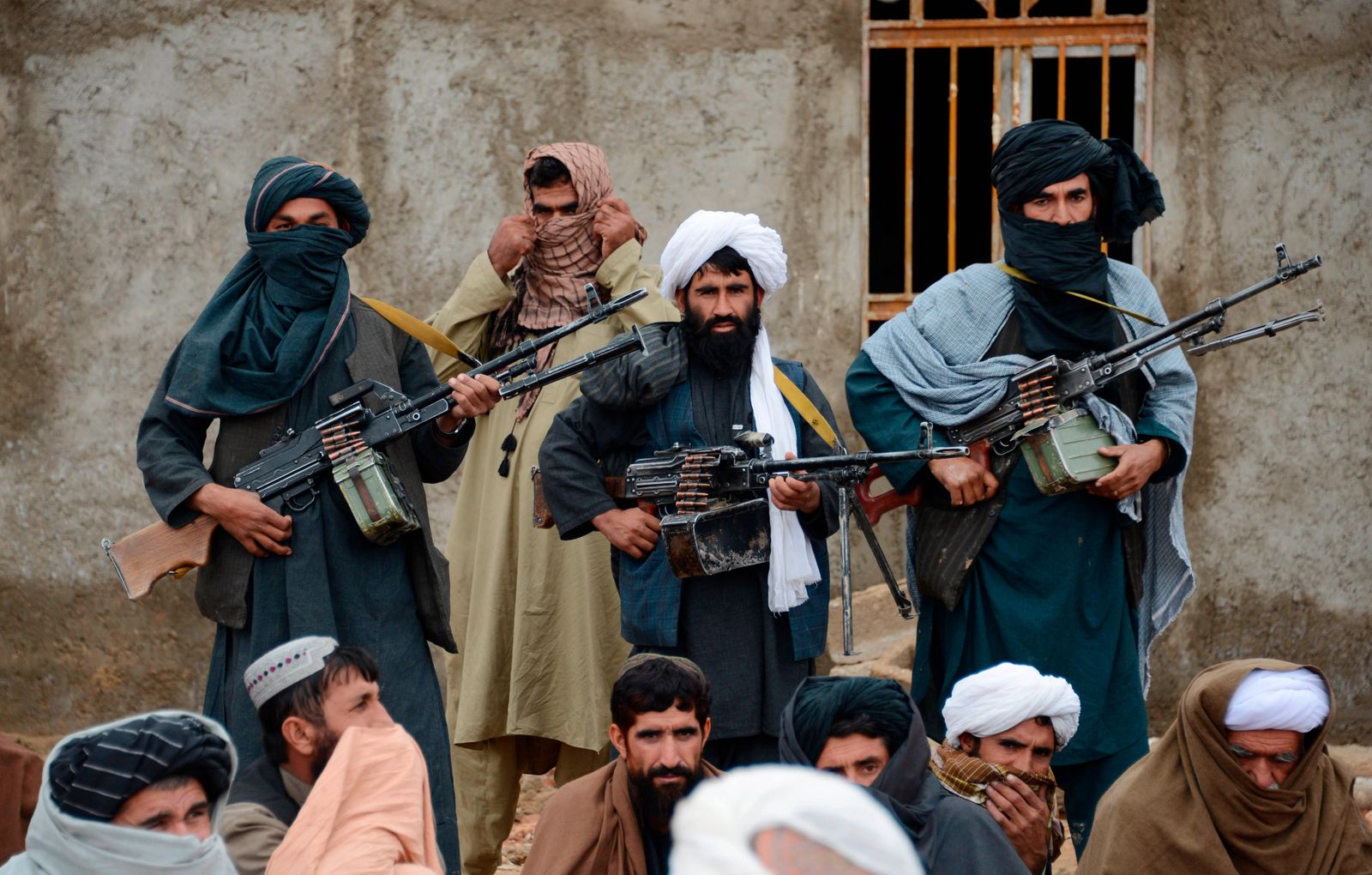 During the Taliban regime, women were neither allowed to attend school nor go to work. 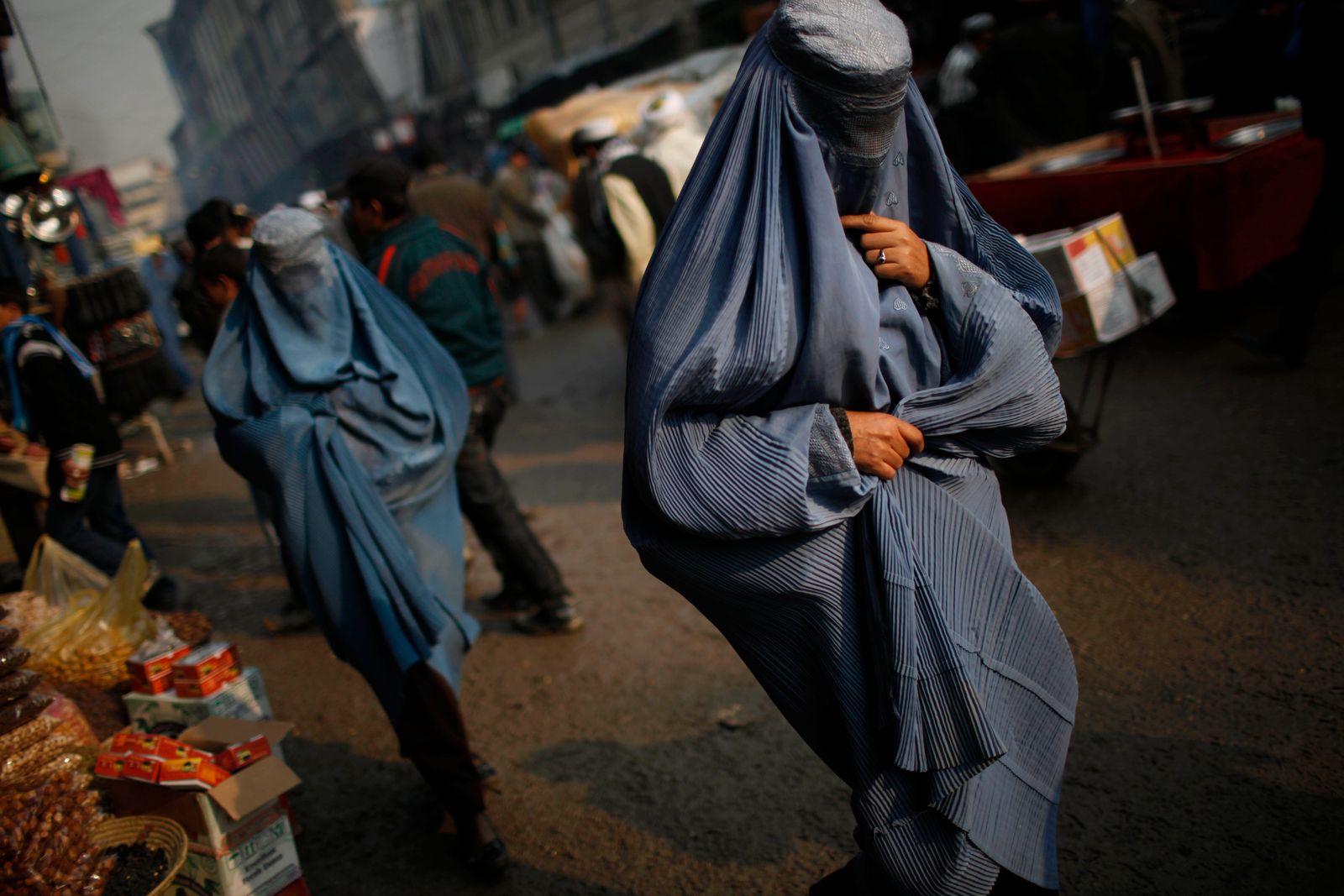 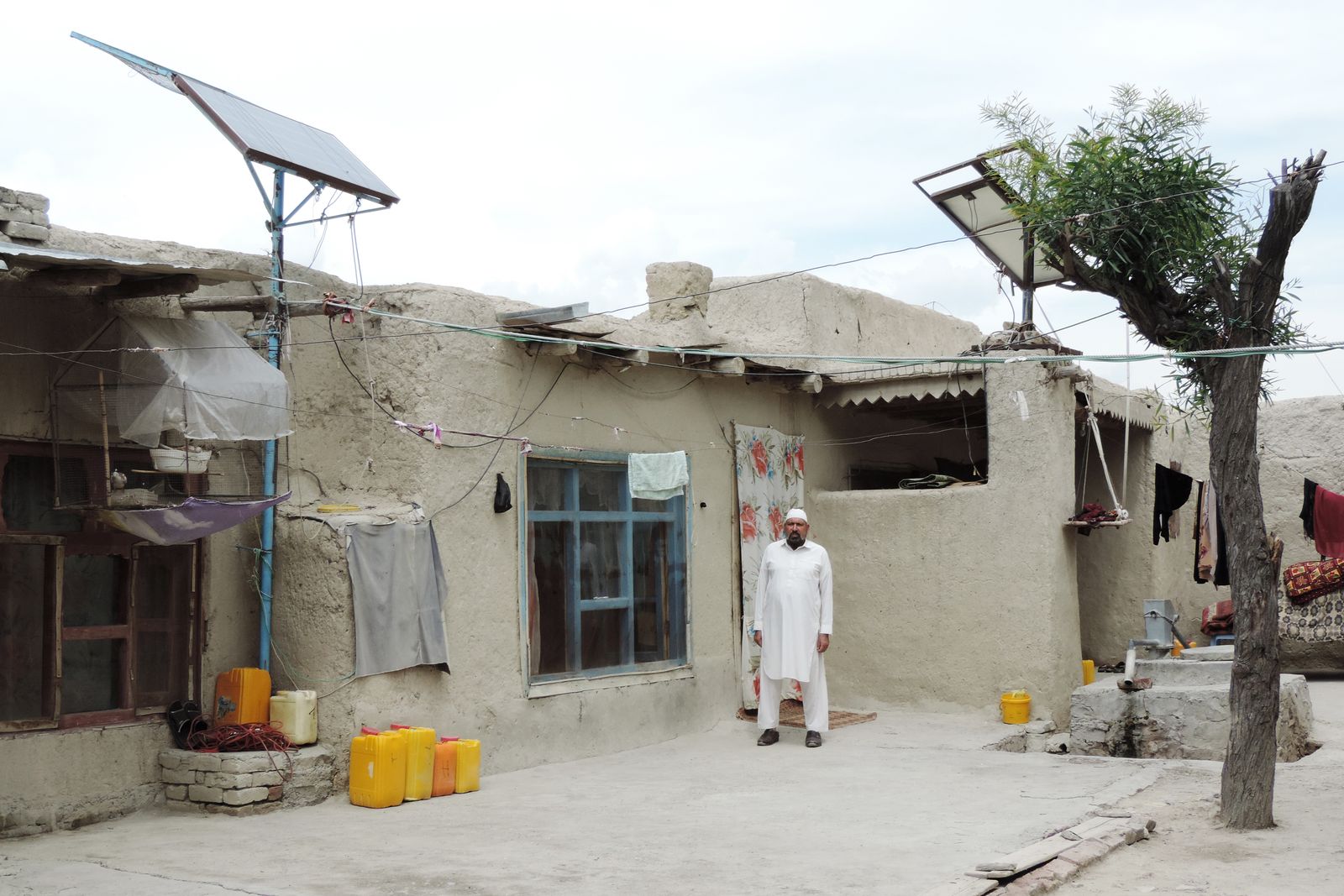 Habib ur-Rahman in front of his home in the village of Khost, the site of his home school. 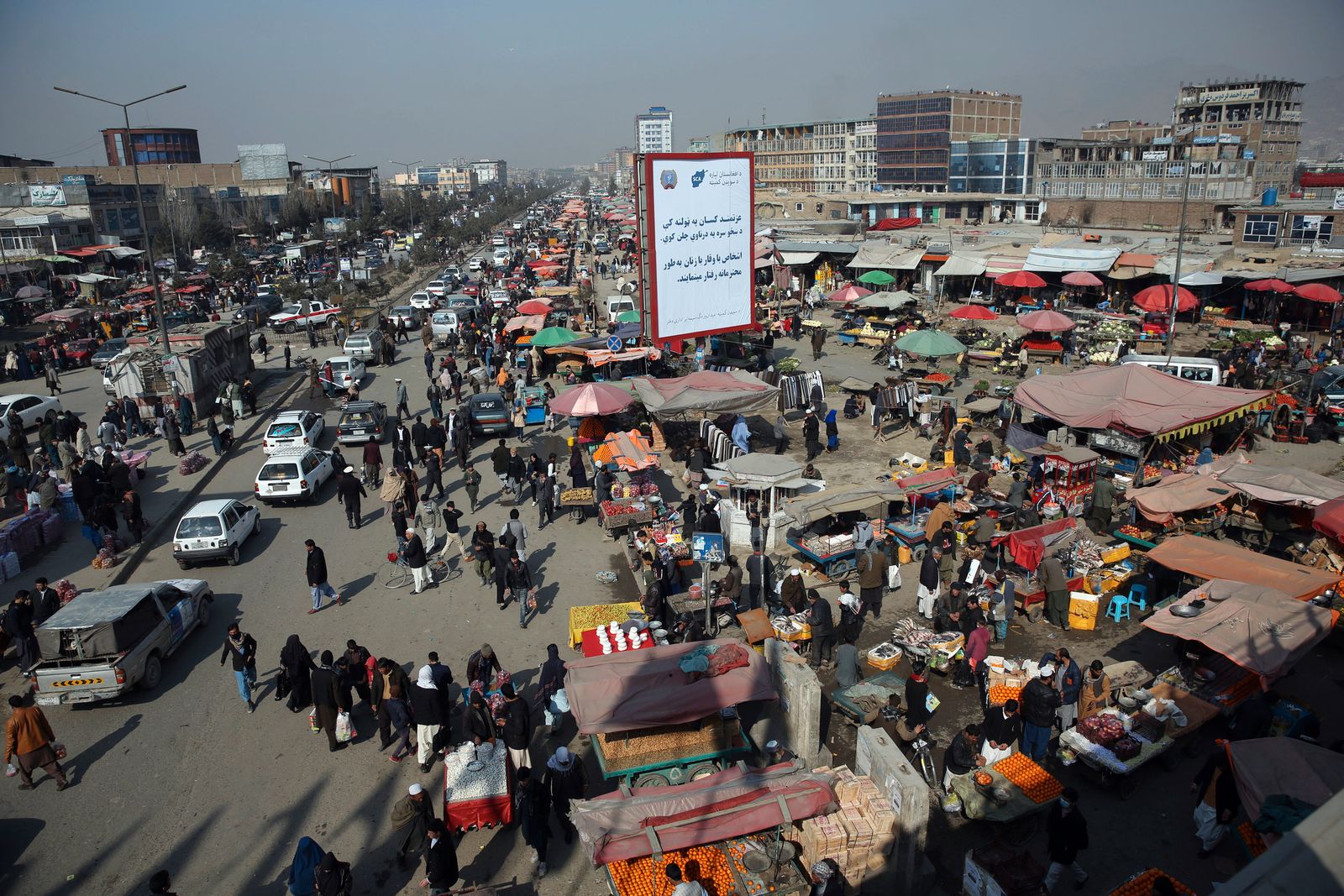 A market in Kabul 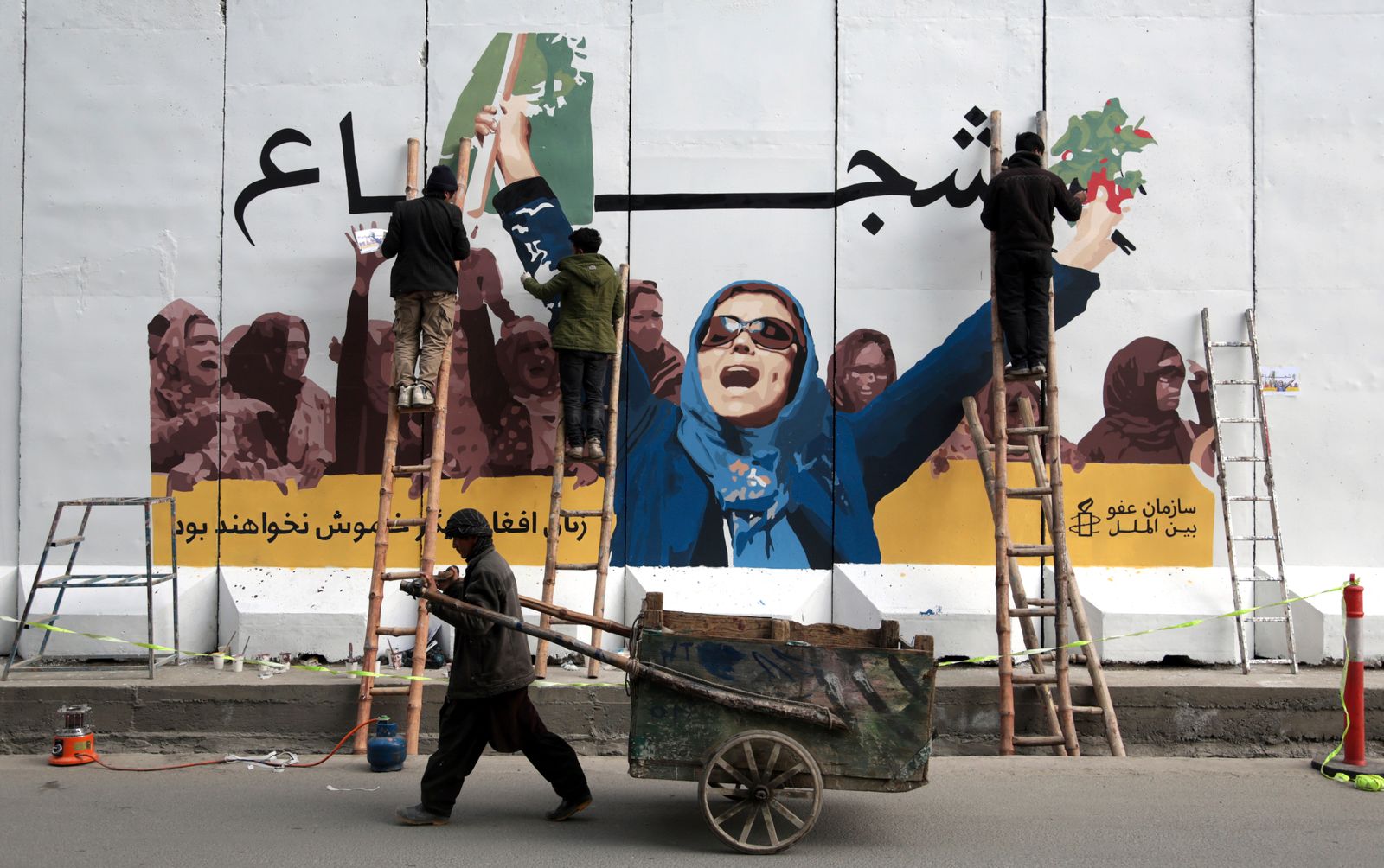