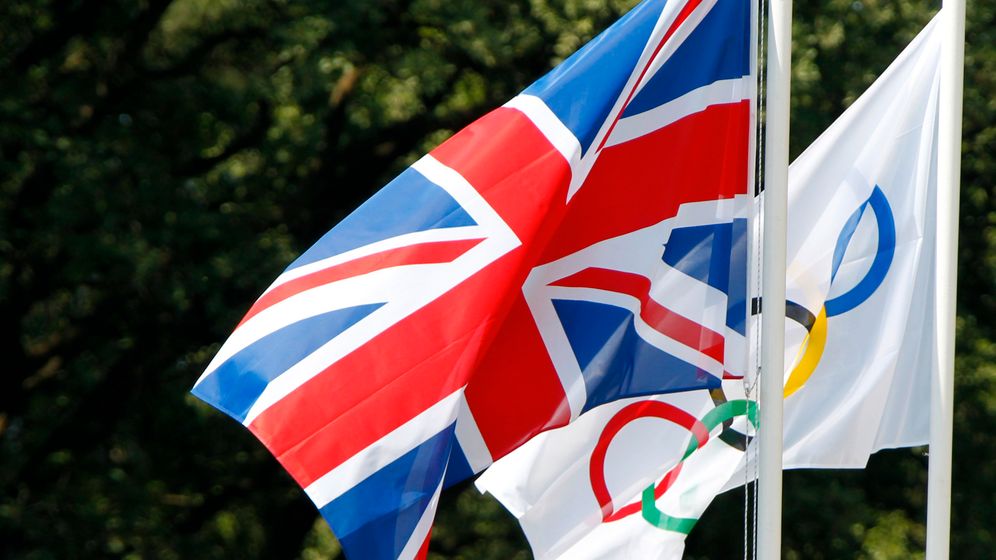 It's never easy to be a Londoner, not even on a perfectly normal workday in an English summer.

Everyone, whether rich or poor, experiences the same hardships of big-city life in London. For Londoners, the day begins with aircraft noise -- which some never get used to -- partly because double- or triple-paned windows are in short supply, even in Europe's most expensive city.

In London, cars, cabs and buses are inefficient forms of transportation for medium- and long-distant trips. As a result, day after day, millions squeeze into the clattering London Underground, the oldest, probably hottest and often fullest subway system in the world. Then, after prolonged inhalation of the melded odors of perspiration and perfume, the crowds pour into downtown London's too-narrow sidewalks before disappearing into their offices. There, they can finally do what some still do very well in this massive, sometimes magnificent but often excessively wound-up city: make money.

The same drama unfolds every evening, only in reverse. About half of London's workforce commutes more than 45 minutes each way -- if all goes well, that is. Is it any surprise that so many people there have a few drinks at a pub before heading home, resorting to alcohol to cast the place where they live - and their lives -- in a somewhat rosier light?

The Economist claims that London "had the best infrastructure in the world" 100 years ago. But, today, the city is already being pushed to its limits on a daily basis. And now this major city is about to host the world's most challenging major spectacle, the Olympics, for the third time, after hosting it in 1908 and 1948.

No Room for Problems

This time around, it's already clear that the London Olympics, which will run from July 27 to August 12, will be an arduous obstacle course for everyone.

Starting this week, the world's biggest financial center will be gripped by a special condition usually only seen in wartime. Its 7.8 million inhabitants are about to be joined by an average of 1 million additional visitors per day. The already overloaded public-transportation system will be burdened with an additional 3 million fares per day. A total of 175 kilometers (109 miles) of the city's streets will be closed off to normal traffic. Almost twice as many soldiers as Britain has in Afghanistan, a helicopter carrier and special forces units armed to the teeth will make the city look like it's under siege.

Transport for London (TfL), the city's bus and rail authority, is nervous -- so nervous, in fact, that it has issued an earnest appeal to Londoners to avoid using the Underground if at all possible during the games.

TfL is urging residents to stay at home, walk, bike, rollerblade or simply go on vacation during the Summer Games. It is also begging banks to set up home workstations for their traders, hoping to dissuade them from using their usual mode of transportation, the Tube. TfL knows that the success of the Olympics will be decided in the Tube's tunnels and stations, some built in the Victorian era, especially those on the Northern, Central and Jubilee lines.

After conducting traffic simulations for years, TfL officials believe they know what's in store for them. But they also know that there is little tolerance in their ancient system for everything that can and will go wrong. There isn't much wiggle room between having things go as planned and total chaos. All it takes to disrupt this delicate balance is a broken-down train, a foolish tourist, a suicide, a panic or a bomber.

Those who have to remain mobile in London during the Olympics are well-advised to rethink their strategy. The German package delivery service DHL, for example, plans to shut down part of its London delivery fleet, knowing that traffic will be moving even slower in the downtown area than at the typical snail's pace of 11 kilometers per hour (7 miles per hour). Instead, DHL plans to have extremely fit jogging couriers making package deliveries during the games.

Even in good times, Western Europe's biggest and most colorful city is a place that demands a high tolerance for stress of its residents. Everything there is almost always simultaneously expensive and full, whether it's buses, restaurants, concerts, hotels or living spaces. As a result, London assumes only a modest spot, 38th place out of 221 cities worldwide, on the Mercer 2011 Quality of Living Survey, far behind Vienna (1st), Munich (4th), Toronto (15th), Hamburg (16th), Berlin (17th) and Singapore (25th).

The Olympics are not about to make life any easier for ordinary Londoners. "To inflict this on London was not kind," says well-known columnist Simon Jenkins.

London's ailing major airport, Heathrow, is already at 99 percent of its capacity during normal operations. But now it will have to handle hundreds of thousands of additional passengers arriving and departing within a short period of time.

In recent weeks, the lines in front of passport control at Heathrow have already grown to seemingly endless proportions. Angry passengers -- including some from the European Union, who receive preferred treatment at passport control -- have sometimes had to wait more than three hours to enter the United Kingdom, which steadfastly refuses to join the Schengen open-border agreement that 26 other European countries have signed. And what does Heathrow do in such a trying situation? Effective immediately, police protection for customs officials is being boosted owing to the anticipated turmoil.

Indeed, the potential for ugly scenes is tremendous. And this is so even if there are no terrorist attacks, a possibility that the British are seeking to avert by positioning soldiers armed with surface-to-air missiles on the rooftops of London apartment buildings. The M4, the most important motorway from Heathrow into the city, was temporarily shut down owing to cracks in an overpass. It's somewhat doubtful whether London will manage to transport the many passengers into the city within a reasonable amount of time.

And then there's England's classic bad weather, which has some wondering whether the Summer Games will turn into a fiasco. The weather has been cold, wet and gloomy since the spring, with last month proving to be the wettest June on record.

The meteorologists' Olympic forecasts are nothing short of dismal: rain, rain and, yes, more rain. And it won't just be falling on the athletes, but also on the most highest-priced seats in the Olympic Stadium. Optimistic planners decided not to cover those seats, unlike the rest of them.

Local Consensus: 'No Thanks!'

With some 28,000 journalists and technicians registered for the event, or almost three for each active Olympic athlete, all of these dramas will be reported on far and wide. Never before in history will so many members of the media be flocking to one place. The US's NBC network is showing up with three chartered wide-body aircraft and 2,700 people. Journalists are even flying in from Afghanistan, Somalia, Kiribati and Nauru.

Oddly enough, however, the global enthusiasm is not shared by locals. "We have, collectively, osmotically, decided that we hate the Olympics," the feared, London-based critic A.A. Gill wrote in the New York Times in April. The Olympics, he adds, are too expensive and will only make life more complicated, so much so that it will be impossible to get a taxi. "But most of all," he writes, "one thing this city doesn't need is more gawping, milling, incontinently happy tourists."

The British celebrate their Britishness with gusto and abandon. In 2011, their national pride led them to observe a grandiosely expensive wedding for Prince William, the heir to the heir to the throne. Prime Minister David Cameron proclaimed a four-day national holiday to celebrate the 60th anniversary of the Queen's reign.

But the Olympics have nothing to do with Britishness. With sports like women's boxing, taekwondo, beach volleyball, weightlifting and synchronized swimming on the agenda, the Olympics are a foreign world event being imposed upon London from outside. And that's why the British are showing so little enthusiasm for the games.

Like so many Londoners, Mark Shand, 61, the brother-in-law of Prince Charles and brother of his wife, Camilla, will escape the city for the duration of the Olympics. He is terrified of the masses that will shut London down. And he is completely serious when he proposes: "I think the Olympics should be hosted by Greece. They are in so much trouble. I think that if they hosted the Olympics every four years, then it could help them to get them(selves) out of trouble." And, most importantly, he adds: "That way, we wouldn't have it here."

When then-Prime Minister Tony Blair accepted the awarding of the 2012 Olympics to London on July 6, 2005, to public applause, the proponents held out the prospect of a cheap spectacle accompanied by an economic miracle, with a price tag of only £2.37 billion (€3.02 billion, $3.71 billion). The East End of London, parts of which had been a polluted industrial wasteland for decades, would be cleaned up and blossom like never before. And an entire generation of British children would become caught up in the Olympic fever and turn into athletes.

No one is making such claims anymore.

A parliamentary committee recently concluded that the Games will cost the public sector alone £11 billion. Some critics believe that the total cost for London will, in fact, amount to some £24 billion.

According to a survey, half of the city's bankers are worried that London's mobility problems during the fames could cause serious turmoil on the securities markets. On balance, the Olympics will likely remain a losing bargain -- which Cameron, of course, strictly denies.

And the children? They haven't become athletes, either. On the contrary, the boys and girls of the British Isles are among the fattest in the European Union. London's poor East End now has an Olympic Park and the largest shopping center in the EU -- but it's still poor.

Though London has many natural gifts, they aren't of the kind that makes it ideal to host such a major event. And because Great Britain is both a debt-ridden and democratic country, it wasn't possible to radically reshape London for the event, as the Chinese did with Beijing in 2008.

The 2012 London Olympics will probably end up looking like the host city itself: a little chaotic, a little infuriating, never perfect, but with a lot of room for improvisation, charm and talent.

Those who live there will be delighted, of course, but only once it's over.